Barclays Bank
Barclays Bank opened its branch in Leyland on 5 November 1956. David Grant built the semi-detached house known as Spring Bank. He was also the architect for the Congregational Church. It had for a number of years been the home of Henry Spurrier of Leyland Motors Ltd and his son who became Sir Henry Spurrier was born there. The house was later used as a Doctors and Dentists before becoming Barclays Bank.

The bank purchased for £29,500 the residue of a lease for 999 years of 45 Hough Lane from the personal representatives of A G Saunders, the dentist. The fitting up of the branch was estimated to cost £7,050. It opened as a full branch under the management of Preston with Mr C R Hall as the manager.

In July 1966, the Leyland branch passed from the control of Preston to Chorley under the management of Mr H H Brown. The Leyland branch was detached from Chorley on 1st November 1973 with its own manager. The Clerk-in-Charge at Leyland, Mr B Pilling was appointed the first manager. He remained until 1978 when Mr J E Hurst was appointed manager from Barrow-in-Furness. In 1990, Leyland became part of the Preston Fishergate Group of branches and on 5 May 1992 opened in new premises at Balfour Court, 15 Balfour Street.

The Leyland branch was originally established at Church Terrace (2 Church Road) as a sub-branch of the Preston Banking Company in 1879. The Preston Bank had been founded in 1844 and its other branches included Blackpool, Fleetwood, Ormskirk and Southport. In 1894 the Preston Bank, together with its branches and staff, became part of the Midland (then known as the London City & Midland – from the charity papers).

The office address is not recorded in the Bank’s Archives, though we have discovered this through the Barratt Trade Directories between 1881 and 1892. The office opening hours were from 10.30 a.m. to 2.30 p.m. on a Thursday between 1881 and 1885 then changing to the same hours on a Tuesday until 1894. 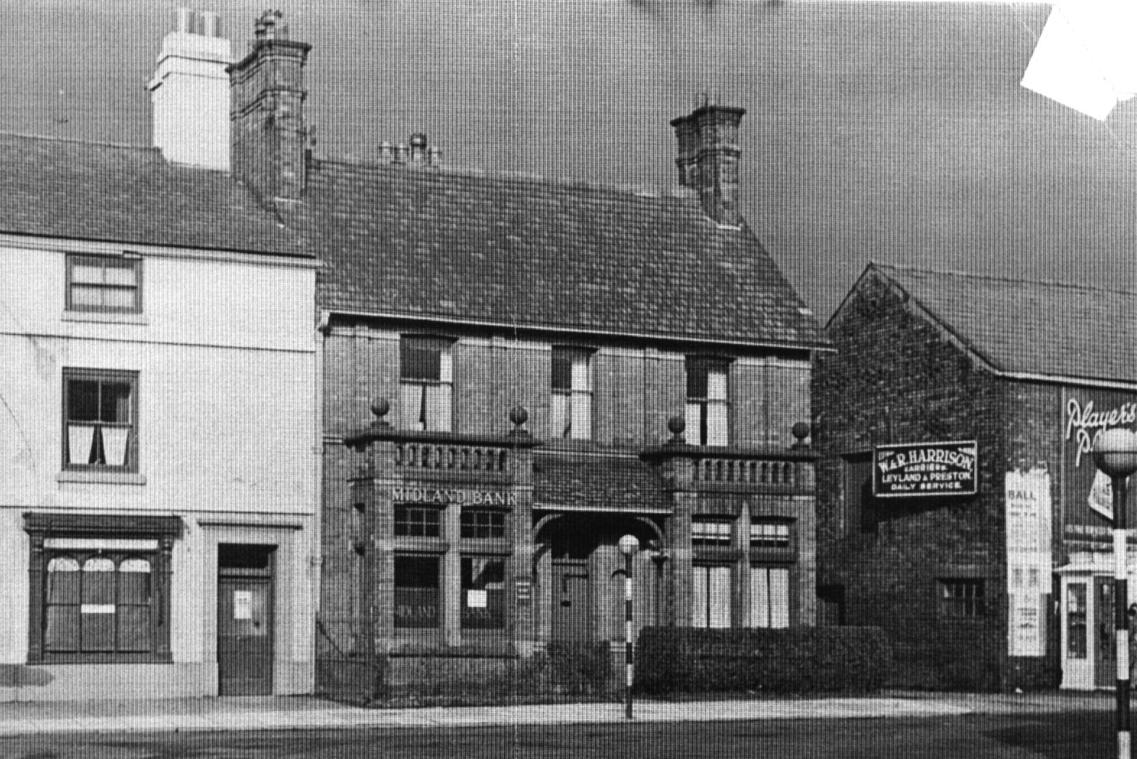 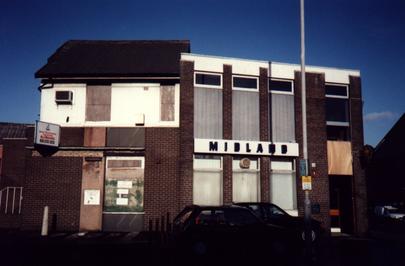 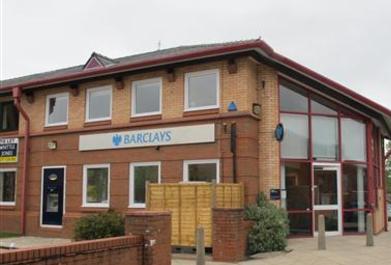 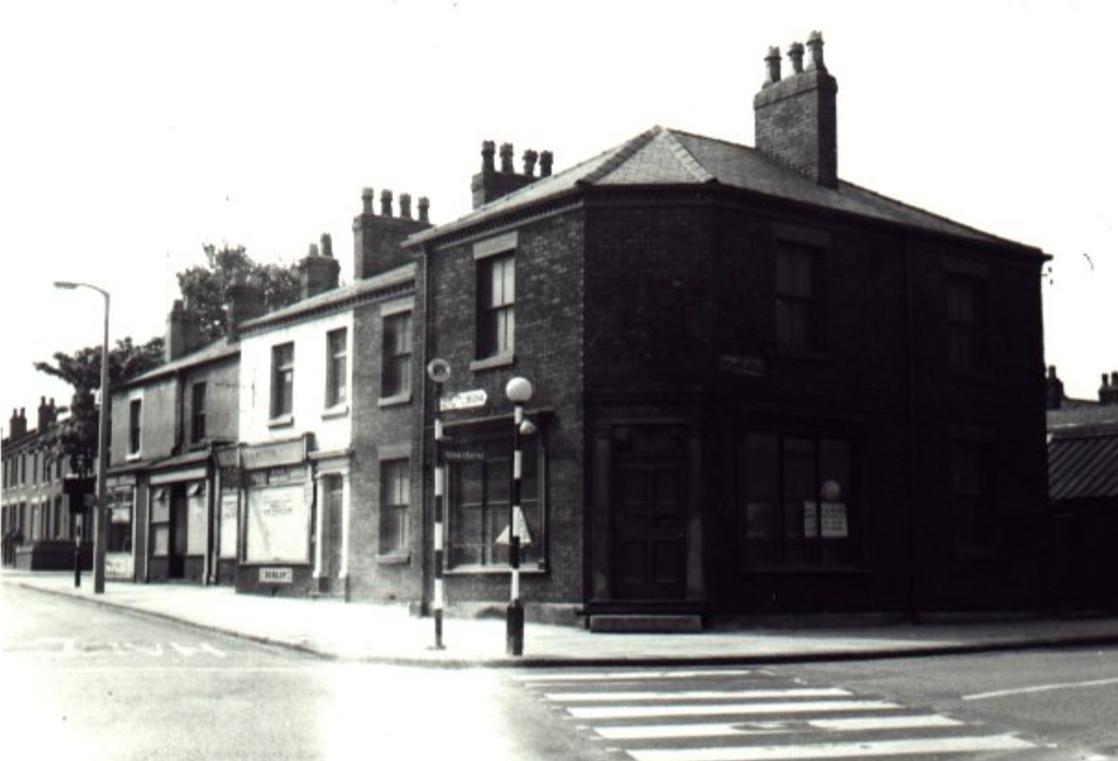 In 1962 Midland acquired new branch premises at 47 Hough Lane, this semi-detached house, Lily Bank, was built by David Grant, who was also the architect for the Congregational Church. He had his office at the side entrance of Lily Bank, acting also for the Leyland & Farington Building Society.

The property having been occupied by amongst others, James Iddon, the founder of Iddon Brothers; Charles Elliott, the manager of the Leyland Gas Co and Dr Johnson before he built his house on the corner of Hough Lane and Towngate.

These premises (the present branch) were entirely rebuilt in 1963/4, the old branch in Towngate closing in the 1970’s.

By the 1895 Directory, the name of the bank had changed and the branch had moved to its permanent home in Osbaldeston House, No 31 Towngate. The banking hours were now similar to the other bank, then known as the Lancaster Banking Co. next door, i.e. between 10.30 a.m. and 2.30 p.m. on a Friday. With the Trade Directories between 1901 and 1907, the hours were standardised with next door, both premises opening between 10 a.m. and 2 p.m. on Monday and Friday. The Directory of 1910 shows the addition of the same opening hours on Wednesday.

In April 1915 Sir Edward Holden, Midland' s Chairman, recorded that  " we have a sub-office in the old village but the place is developing at the other end of the town ". An additional office was opened at " the new end “ in May 1915 and the original office thereafter opened daily between 9.30 a.m. and 11.30 a.m. instead of only three days per week. It is clear that by 1919 there were two sub-branches at 12 Chapel Brow and 31 Towngate, both under the management of Midland’s Preston Branch.

The address of the Chapel Brow office had changed to 25 Hough Lane by 1928 and then changed to 114 Hough Lane in 1936/7. This building at the corner of Turpin Green Lane and Hough Lane was a previous Post Office.