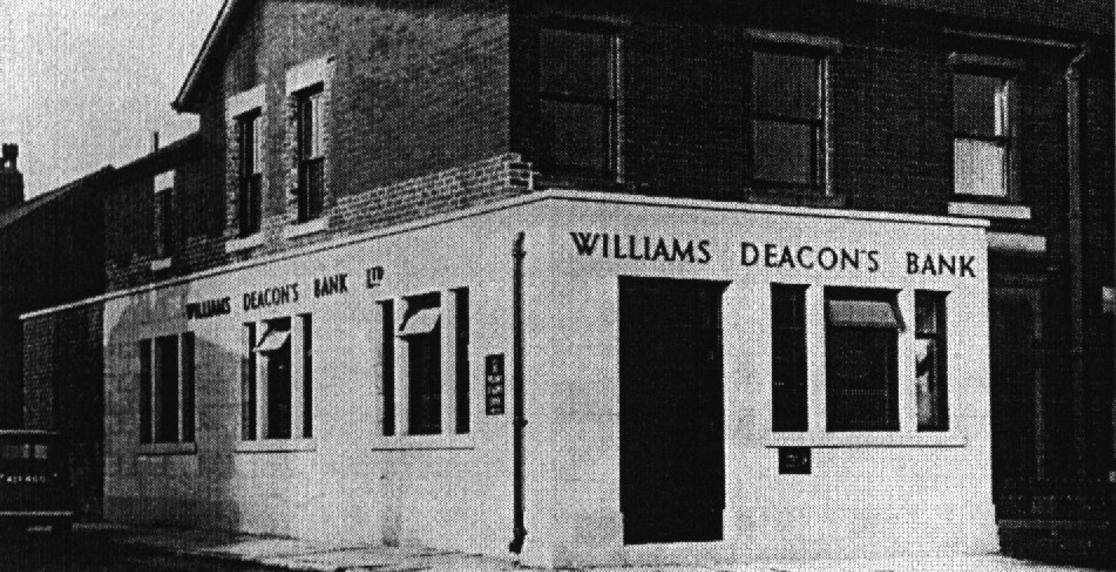 Also in 1939 The Royal Bank of Scotland acquired the old-established bank of Glyn, Mills & Co in the City of London, but both the Scottish and the English banks continued to trade as separate entities under the title of The Three Banks Group.

The business of Williams Deacon's Bank increased alongside the growth of the town and by 1970 the branch had 1,550 customer accounts and eight staff. In September 1970 the English subsidiaries of The Royal Bank of Scotland merged to form Williams & Glyn's Bank and Leyland branch was renamed accordingly.
In September 1985 Williams & Glyn's merged fully with its Scottish partner to form The Royal Bank of Scotland plc. By this time the bank's Leyland premises had become too cramped to house the branch's growing business and plans were laid for the purchase of the neighbouring property at 167 Towngate. These premises had been converted from a house into a shop in the early 1950s and were trading as opticians prior to being purchased by the bank and incorporated in the branch. The enlarged branch office was entirely remodelled, removing the old wooden counter and sloping desks and moving the telling positions to their present location along one side of the banking hall.

Lloyds Bank
The Lloyds Bank was a late addition to the banking facilities for the town, the planning applications dated November 1954 shows a change of use from a Café to Lloyds Bank at 12 Hough Lane on the corner of Sumner Street. With the merger and then demerger with the Trustees Savings Bank, this is now again known as Lloyds

Trustee Savings Bank
The Leyland branch opened in 1913 (as confirmed on the planning applications) as a branch of Preston Trustee Savings Bank (established in 1816). According to the 1913 Barratts Trade Directory, the Bank opening hours were from 11.30 a.m. to 3 p.m. on Tuesday and Friday with a late opening session from 6 p.m. to 8 p.m. on Fridays.

From the Banks own records, the first address they have for the branch is 4 Chapel Brow and this was in 1934. After 1951 the address was given as just Chapel Brow. They have no information on when or if the branch moved to its current site at 7/9 Chapel Brow, the renumbering of the street probably explaining the differences.

In the 1936 Trade Directory, the opening hours have finally been standardised as 10.30 a.m. to 3 p.m. daily, except for Thursday when it closed at 1 p.m., the late session still 5 p.m. to 7 p.m. on Friday. With the merger with the Trustees Savings Bank, this is now known as Lloyds TSB. 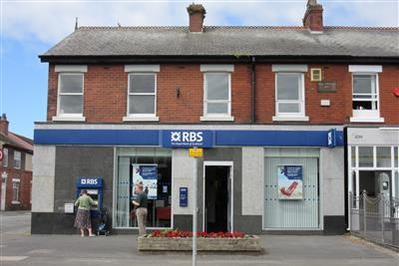 Leyland branch of Willams Deacon's Bank opened in September 1938. Williams Deacon's Bank founded in London in 1771, amalgamated with Manchester and Salford Bank in 1890, continuing the latter's strategy of branch expansion in the north west of England. During the First World War with reductions in bank staff as men went to serve in the forces, this policy was deferred.

The bank's growth continued in the boom years immediately after the war but the 1920s were difficult years for Williams Deacon's Bank, which was severely affected by the depression in Lancashire where most of its business lay.

By 1929 the bank urgently needed support from a larger partner. Through the offices of the Bank of England, the Royal Bank of Scotland made an offer for the company's entire share capital, and a deal was finally agreed in 1930. The English branch network continued to trade separately under the Willams Deacon's name and the strategy of geographical growth was resumed.

The prosperity of Leyland soon attracted the attention of the directors of Williams Deacon's Bank and in November 1937 the bank purchased premises at 165 Water Street with the object of opening a new branch at that address.  The property, on the corner of Malden Street, was one of a small terrace of houses, known as Methuen Terrace, built in 1902 and named after a Boer War general, and was owned by John McKittrick a 'maker up' at a local bleach works. McKittrick ran a dressmaker’s shop in the premises prior to their acquisition by the bank.

By February 1938 plans were in hand for the conversion of the property for bank use and a banking hall, managers office and strongroom were created on the ground floor with staff facilities and
store rooms above. The new branch opened on 12 September 1938 under the management of Harold Chadwick who was transferred from the bank's Chorley office. Leyland branch was an immediate success and had 177 accounts on its books by 1939. In that year it was decided to ease congestion in Leyland by widening Water Street, which was subsequently incorporated into Towngate. 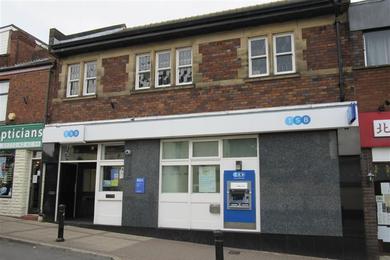