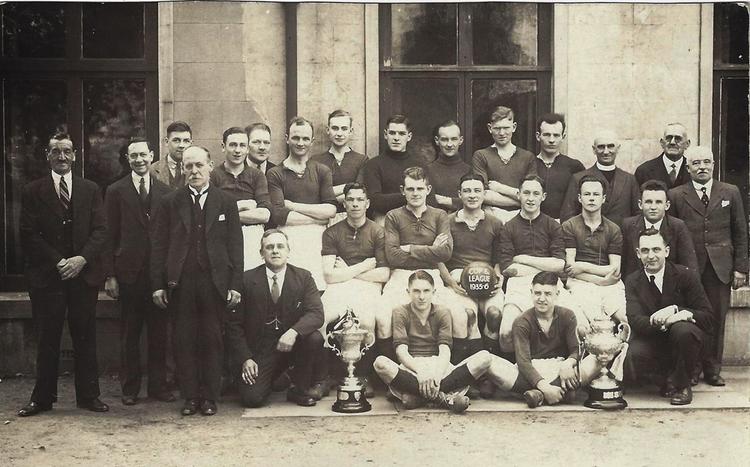 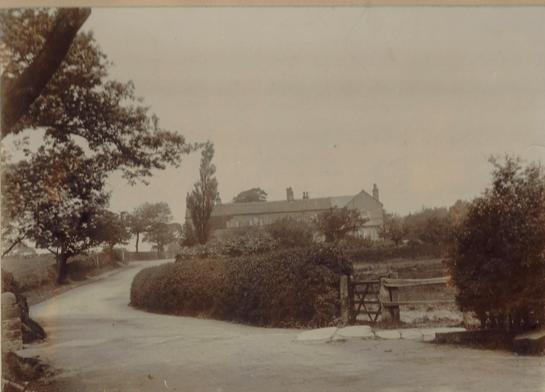 "I have attached a couple for you to look at, the first of which is a group of firemen one of which is my Grandfather. I know he lived in School Lane for most of his life and I have a pewter pot of his which is engraved with the following words;
"Leyland Urban District Fire Brigade. Presented to William Tomlinson on his retirement after 27 years faithful service 2nd December 1937"
I assume the picture was taken around that time and he is wearing a long service medal which I also have in my possession".

The other picture is of a football team which contains both my Grandfather and Father.
I have been trying for years to discover which team they are but as yet to no avail, and I am hoping you might be able to help me find out.
Again I assume they are a team local to the area as my Father was born and raised in Leyland. A while ago someone thought they might be Leyland Red Rose, but they later established the players did not resemble another team photo in the same year. Also they could find no record of anyone named Tomlinson in the team. 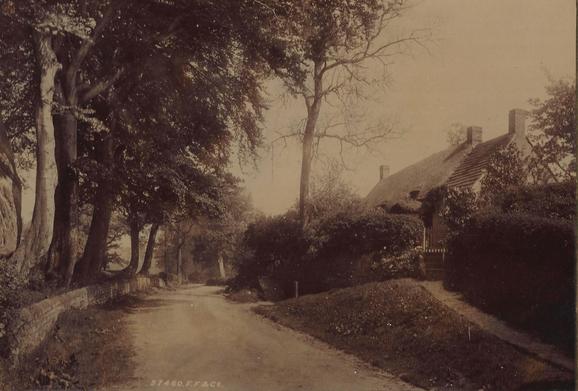 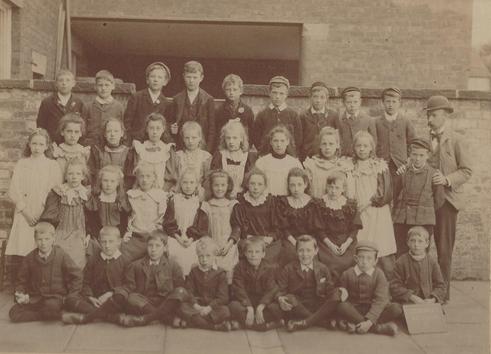 1. FAMILY
This is a picture of my father with his sister and their parents. The gentleman is William Tomlinson b.1871 in Leyland and his wife is Mary Louise Tomlinson (nee Balmer) b.1876 in Croston.

The girl is my Aunt Elsie Tomlinson b.1903. She later married a Lawrence Walmsley and died in 1949 aged 46. My grandparents and aunt are all buried in St Andrews churchyard.

I would estimate the picture was taken around the time of the 1911 census when they were living at 8 Balfour Street, Hough Lane, Leyland.

I think this picture must have been taken about the same time as the above family photograph.

I'm assuming my father is one of the children, but I have no idea which one.

This is a more formal pictures of school children, which I would estimate was taken around 1914/15 Again I assume my father is a pupil, and I do know he was enrolled into Balshaw's Grammar School in 1916.

In the right hand side of the picture there is a small chalk board, and I can just make out the words 'Leyland school' written on it.

Again I don't have any idea who these men are, but I do recognize my grandfather among them.

I would estimate it to have been taken in the 1920's and the card on which it is mounted is embossed with 'Geo.Toulmin & Sons' who were a printers in Preston.

My grandfather was involved with the trade union movement, and judging by the fact they are wearing rosettes, could be canvassing for the Labour party.

This is just a landscape photograph with the location printed on the mount wrongly as this is School Lane.

I have no idea where this is, but as all the other picture in my possession have some relevance to Leyland I assume this is somewhere close by. 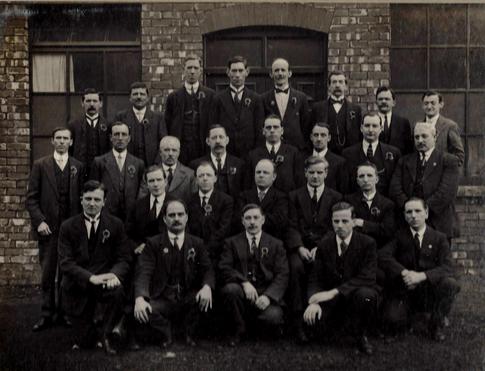 This page will feature recent queries from members of the Society and visitors to the website..

These may involve identifying buildings, people or both. If you can help contact the Chairman via the contact page 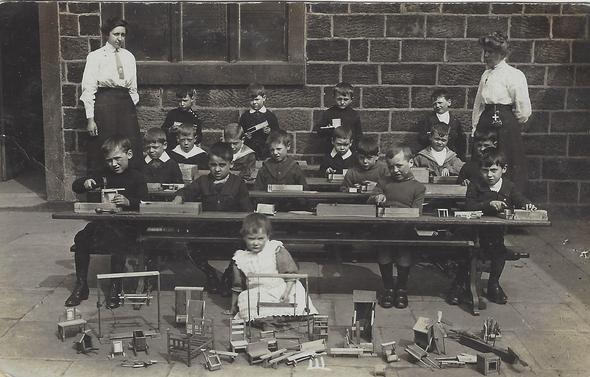 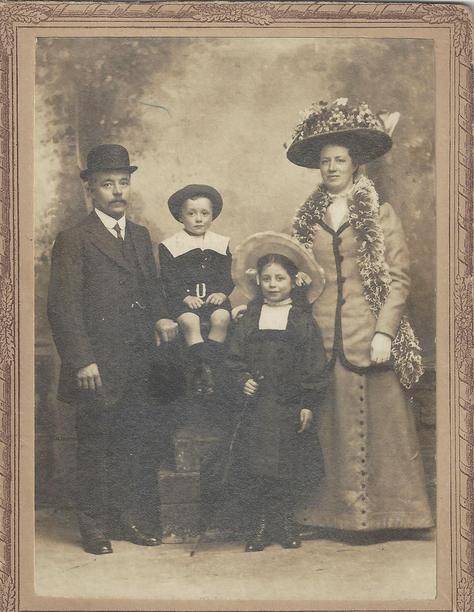 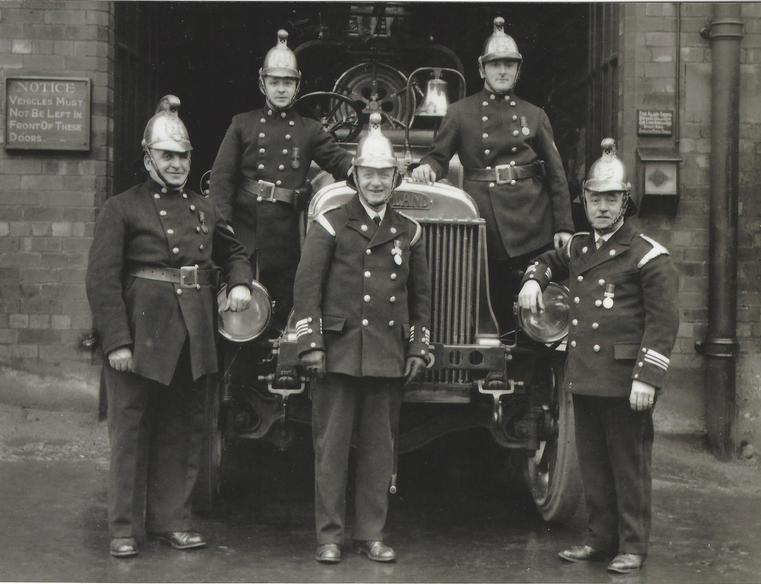