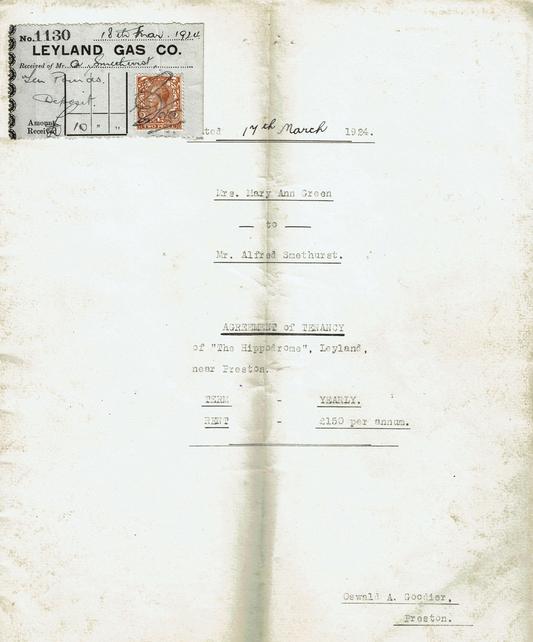 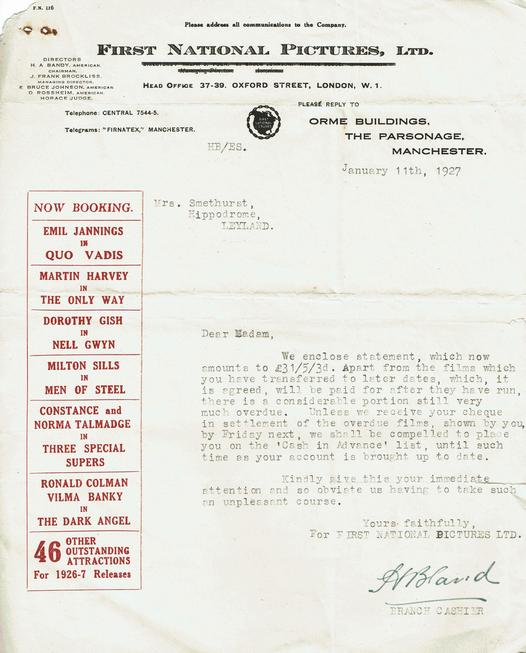 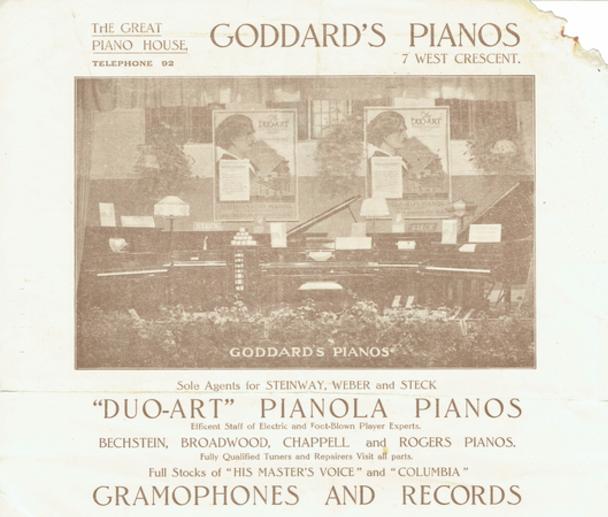 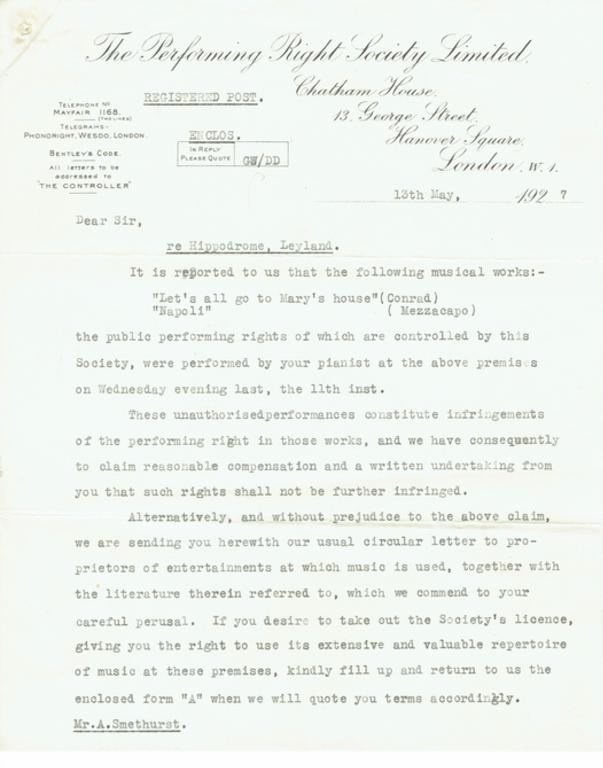 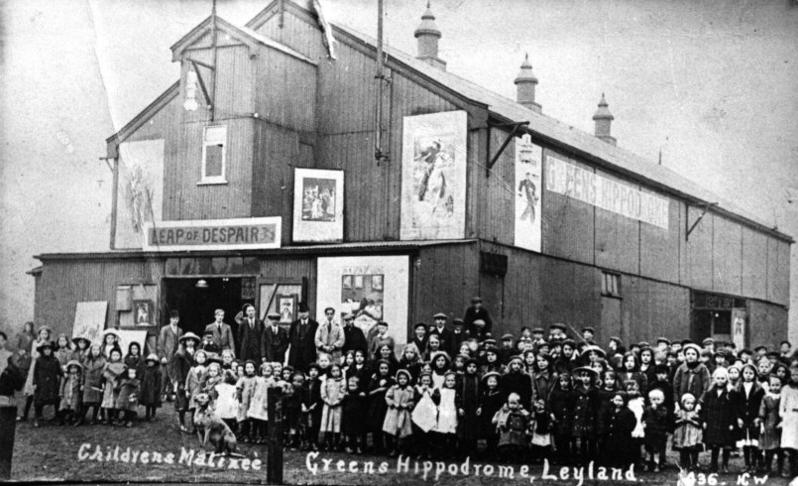 Then there was the cost of insurance and publicity mirrors which would bring in some income. However, the Smethursts had upset the Performing Right Society Limited by performing songs without permission. 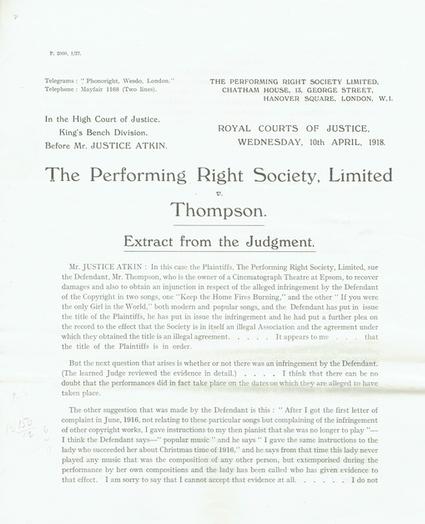 The above letter and statement left state that the Smethursts had reached the extent of their credit with the First National Pictures Ltd of Manchester owing for the films shown from September to December 1926.

However from the receipt below it would appear that by June 1927 they were hiring the films from Ideal Films Ltd. of Wardour Street, London.

As well as the specific letter to the right, the Performing Right Society (today known as the PRS and still going strong), they also attached the above standard letter with a copy of the case law that established the PRS rights in this matter.  As you will see below. 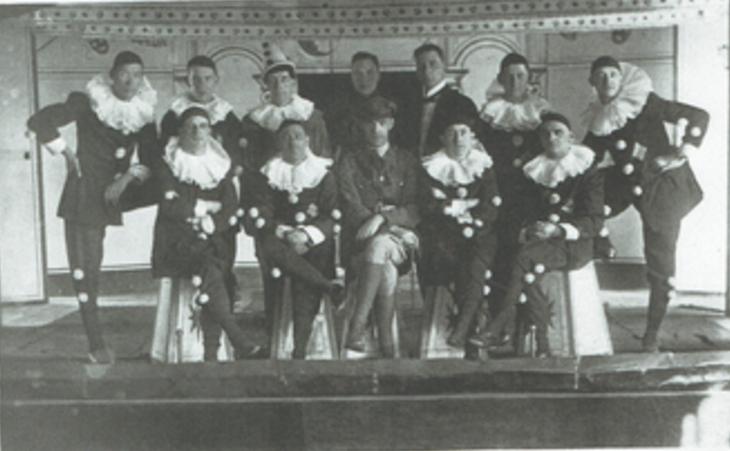 17th March 1924 - Agreement of Tenancy signed by Mrs Mary Ann Green to Mr Alfred Smethurst. Whilst we have a copy of the full document detailing the yearly rent of £52.00 and the effects of £98.00 per annum, thereby making £150.00 to be paid in advance in four quarterly instalments, it is the list of effects at the end off the document that makes interesting reading. 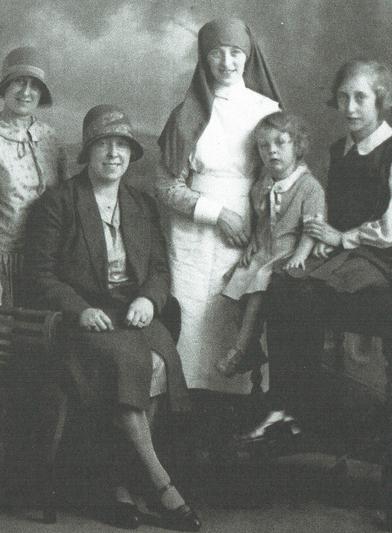 The Smethursts at the Hippodrome

My grandparents were Hilda and Alfred Smethurst.  Both born and lived in Manchester. Alfred was a child prodigy .He was able to play any tune on the piano.  He enlisted in the First World War as a pianist He became part of a concert party, having enlisted in the Manchester Regiment.  The concert parties toured hospitals for shell shocked soldiers. Hilda was a girl from Longsight.  They married in 1916.

After World War I Alfred worked in Blackpool and applied to a firm of solicitors. His family were quite well off and he and his sisters had been left property in Manchester. But in 1920 the corporation compulsorily purchased the houses to widen the main road into Manchester. Alfred changed his mind about becoming a solicitor and they took the tenancy of the Leyland Hippodrome, also known as Greens cinema.  Alfred played the piano. Hilda ran the business. They lived in Hastings Road, Leyland.

Then disaster struck.  The engine running the works caught fire. The bill from the utility company shows the plans to upgrade the said engine at a huge cost. I haven't studied the terms of the lease, but given the value of money in those days it was a good thing for Mrs. Green and not a good deal for my for my grandparents but it was enough of a financial blow for them to give up and move to the Isle of Man . Alfred's brother in law was William Teare. His family came from the north of the Isle of Man.  His contacts there heard there was a job advertised for a pianist in the cinema in Ramsey, Isle of Man and Alfred took up that role so he and Hilda, my mother Marjorie and my aunt, made their home there.

They moved there in 1927/1928. I don't think my grandfather was a business man. He wafted about being affable and grandma did all the nitty gritty. He was artistic. She was rather more businesslike.

My mother always loved the Fylde as an area and had so many happy memories of her life and holidays in Lytham. I am researching the Teare family particularly in Lytham and I hope anyone reading this will contact me through Peter Houghton. 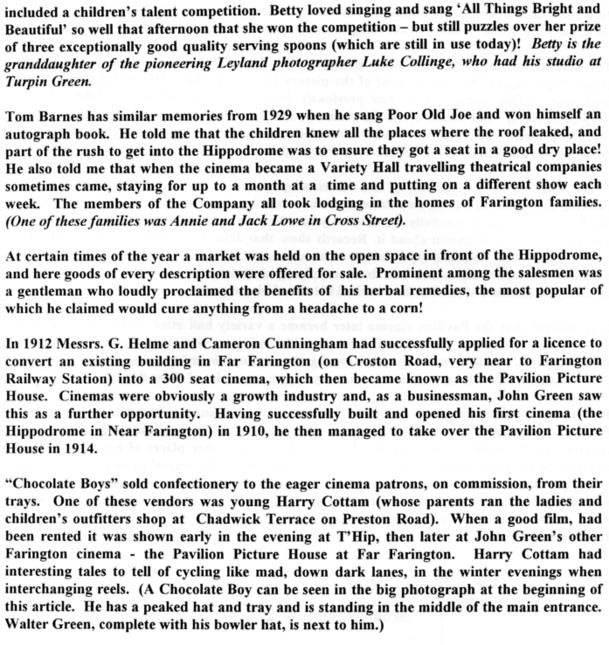 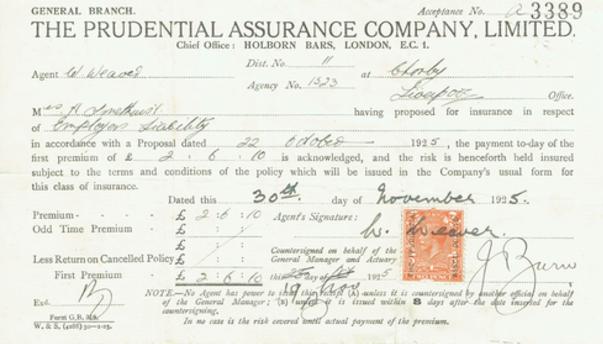 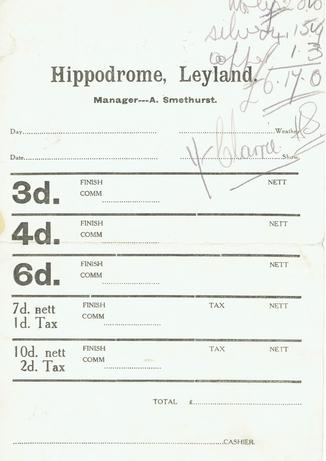 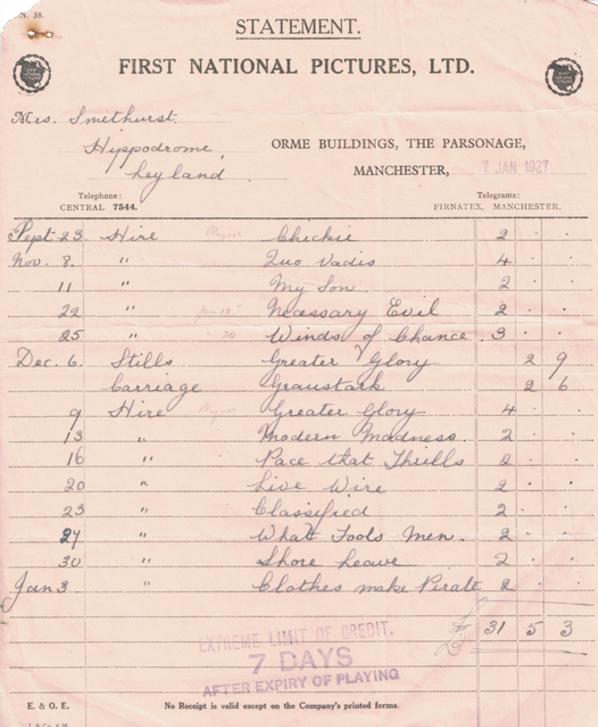 A copy of the daily takings form

Another debt was for the hiring of pianos for the use of artistes. 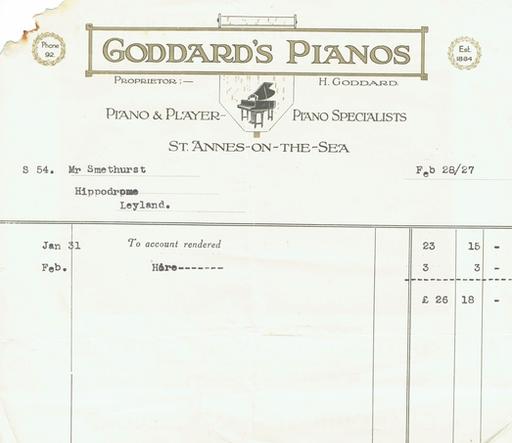 Below  - An Agreement Form  between the Manager of the Hippodrome, Mr Smethurst and Reginald Brown the artiste. 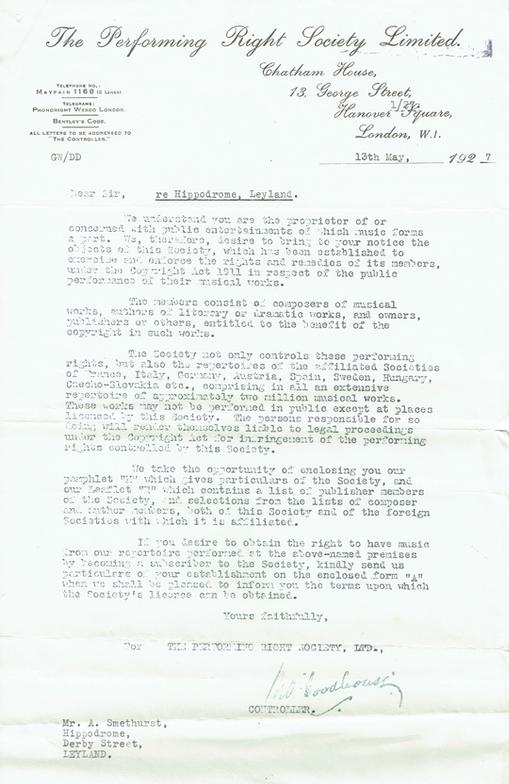 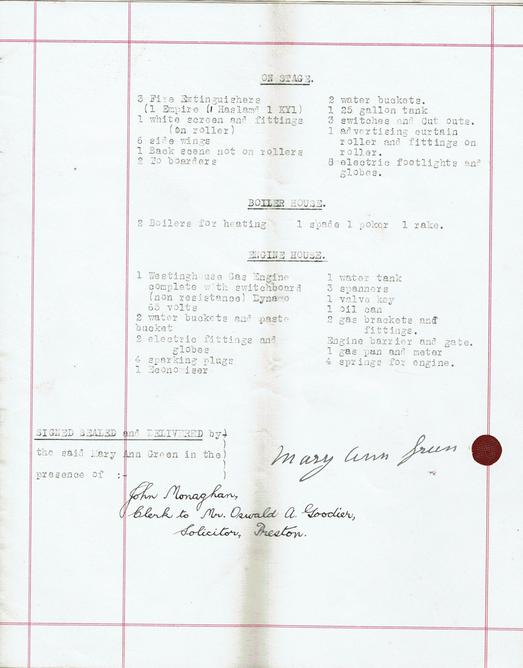 To the right in 1930 are Mary Massie, Hilda Emma (the nurse), Audrey and Marjorie Smethurst , the daughters of  Grandmother Smethurst who is seated and ran the cinema. 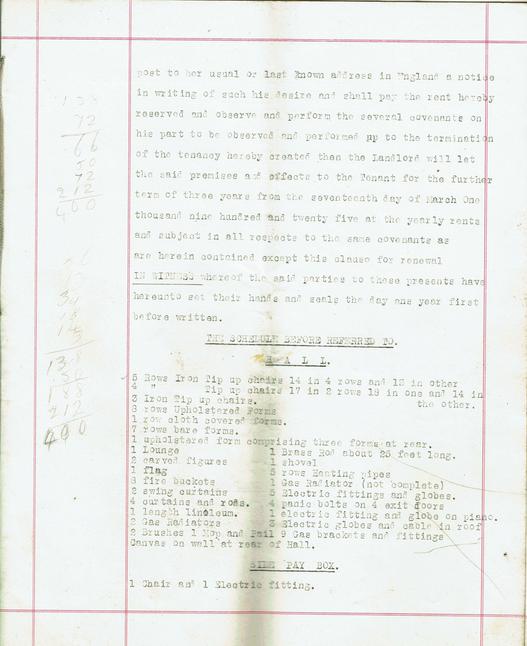 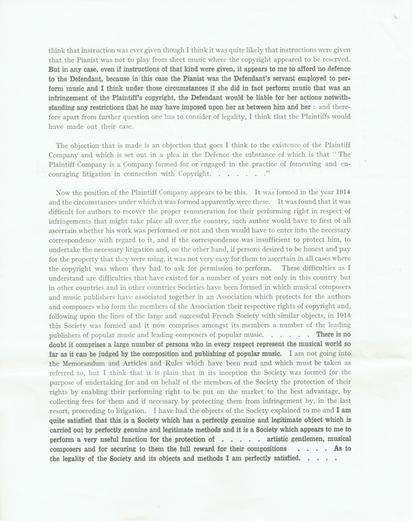 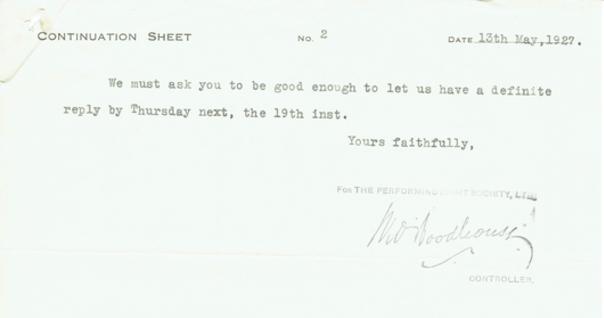 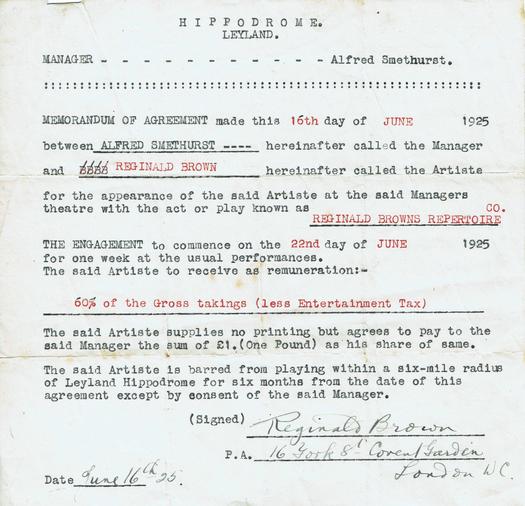 This page has been kindly provided by Joan Langford who has allowed us to extract the relevant pages from one of her books on Farington and details the story of the Greens and the birth of the cinema in our area.

I am indebted to Philippa Davies whose grandparents the Smethurst's took over the cinema in 1924 and their records of the business are shown here for the first time. 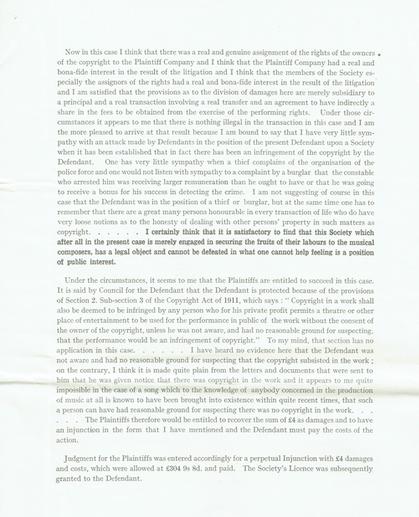 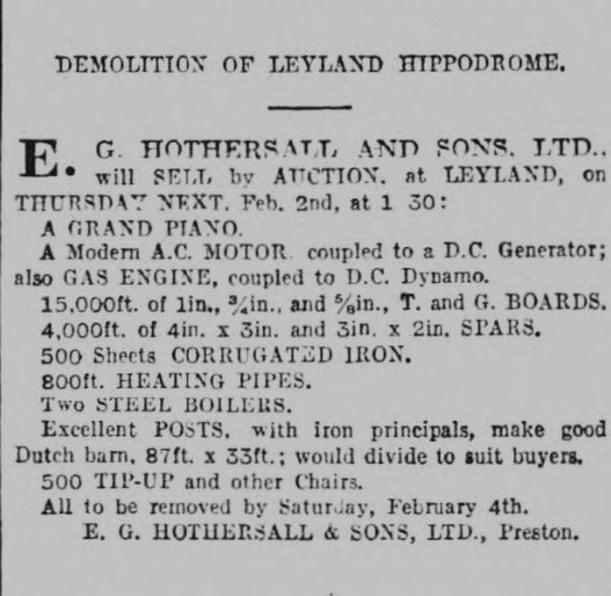 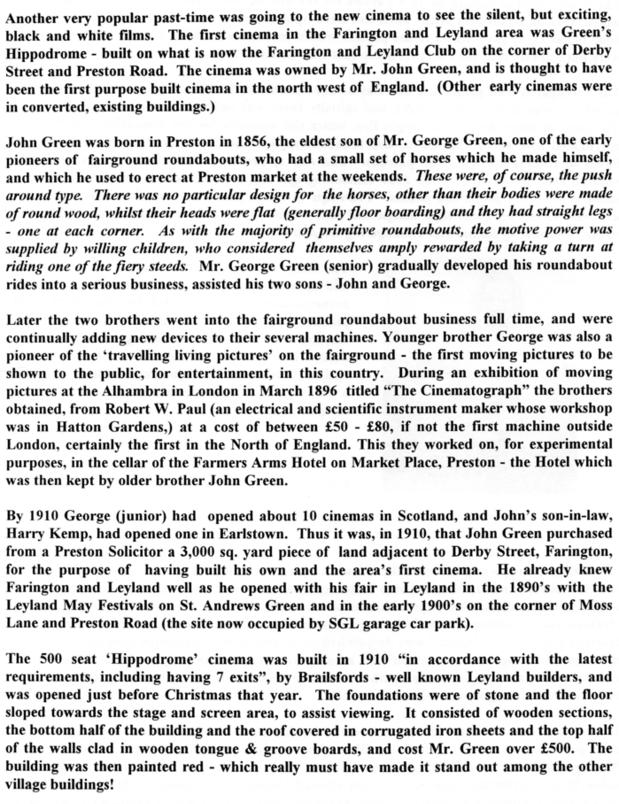 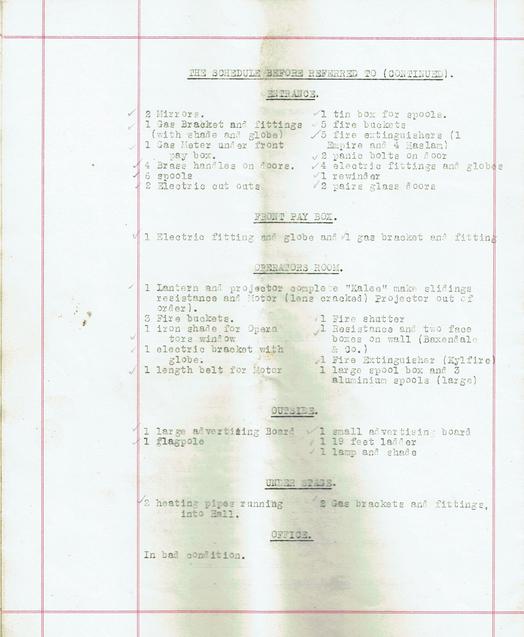 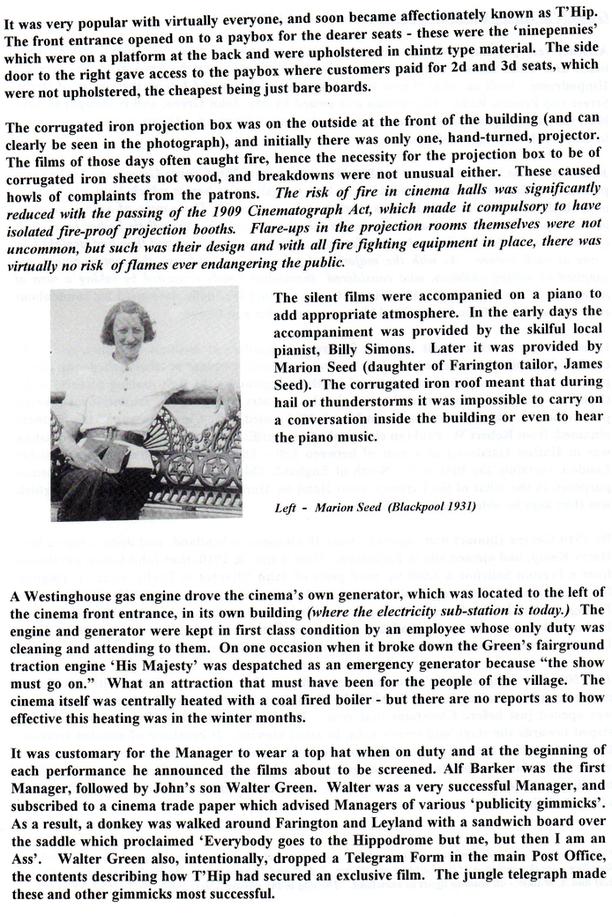 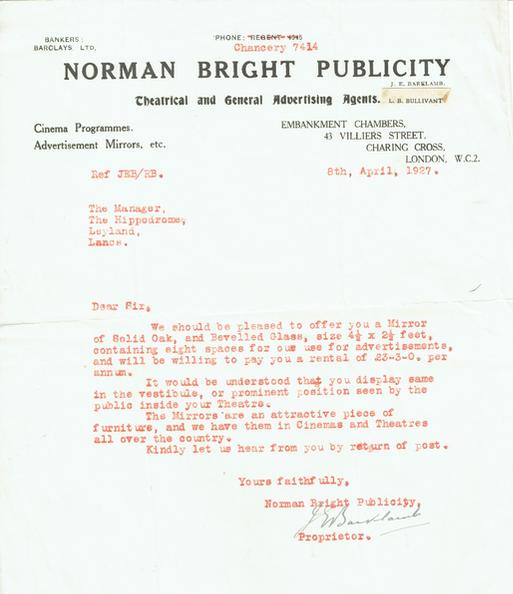 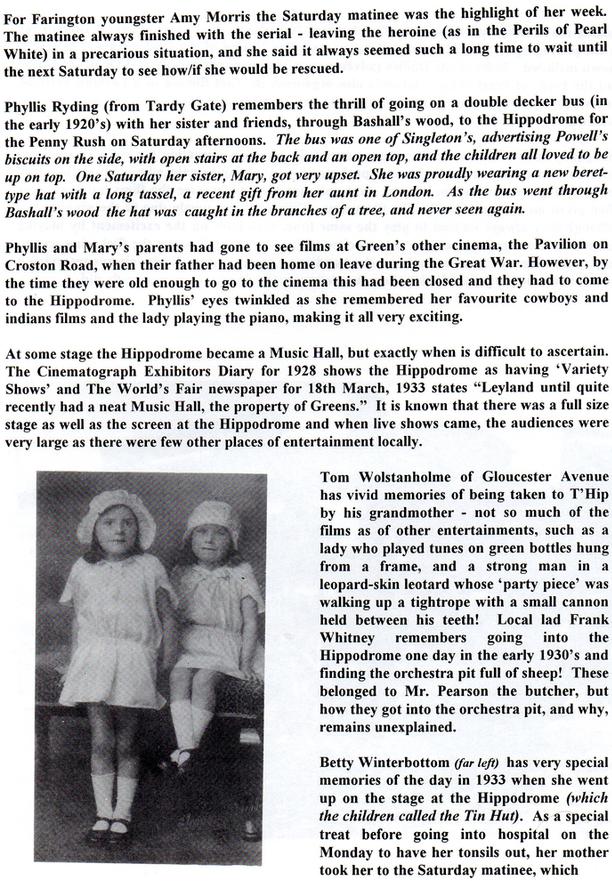 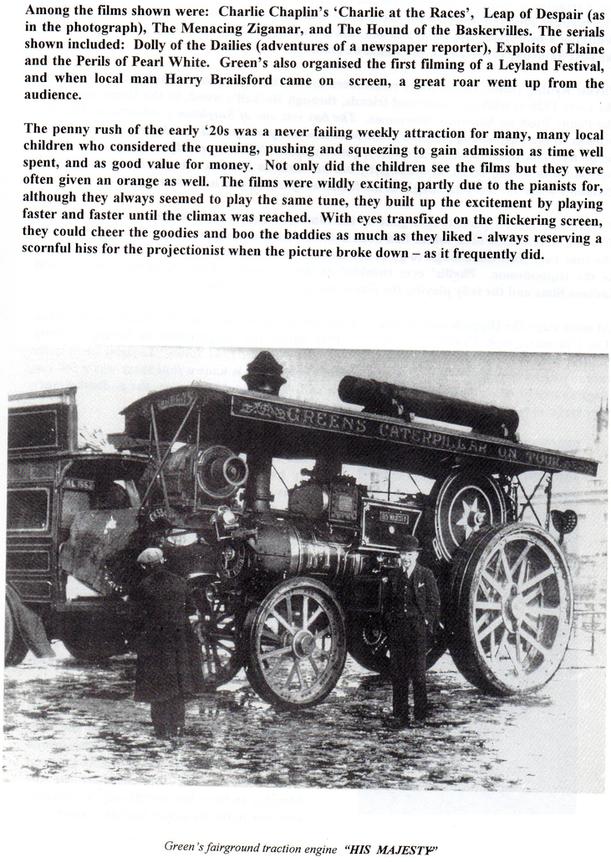 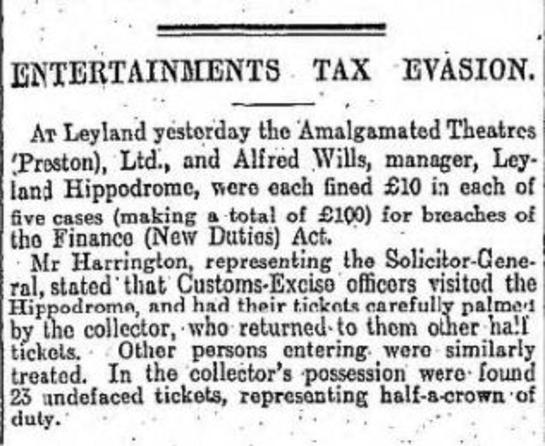