The Warehouse and Bakery for the Society was built on East Street just past the Palace Cinema. There was also stabling for the horses, (most deliveries were done by horse and cart) and garaging for the Society's motor vehicles. Charlie Rogerson was warehouse manager here for many years.      . 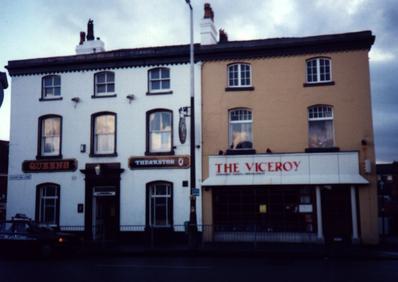 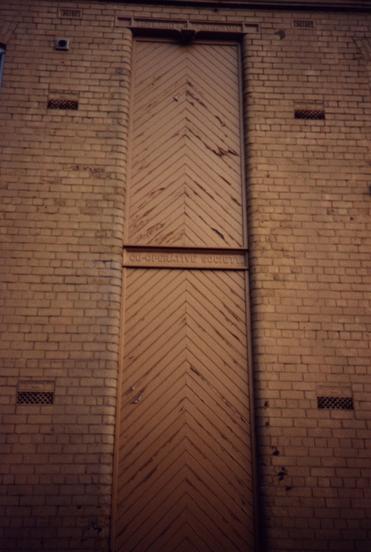 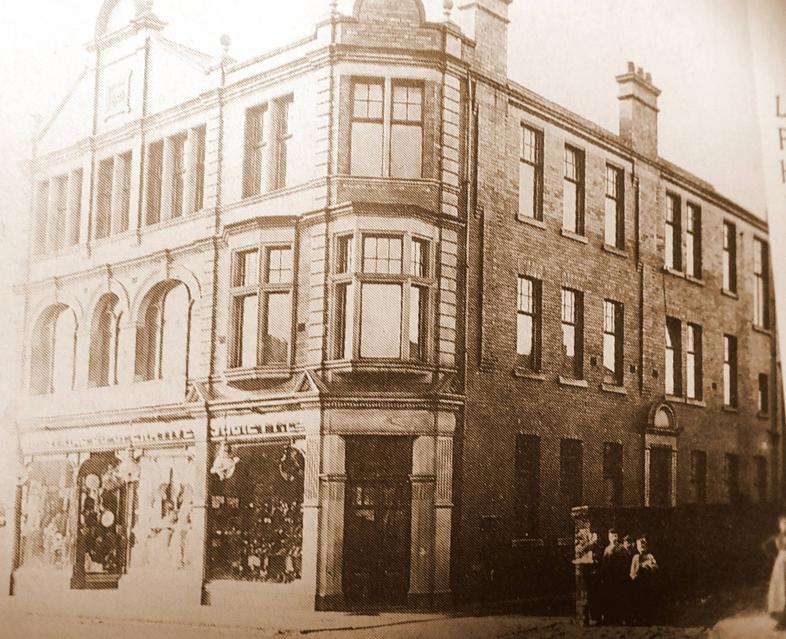 This fine building on Chapel Brow dated 1903 was the headquarters of the Leyland and Farington Co - operative Society. The shop was the non-food department of the Co - op; drapery, furnishings, electrical goods and footwear with a boot and shoe repair service. The upper stories were the offices of the Society. Many people will remember Harry Butterworth who was a manager here.

A long remembered feature of this store was the payment of the quarterly “divi ". There was two distinct systems for recording the sales to individual members of the Society, the method used by the Leyland & Farington Society was known as the " Eccles ", whereby the member received a duplicate receipt which was then attached to a gummed sheet and at the end of the period, the sheet was presented at the Society in order that their " divi " could be calculated As a matter of interest, the other system was known as the " Climax " , requiring a third receipt which was filed in membership number order at the Society, the Society in this case keeping the members records, whereas the other system relied on the member keeping the record. The queue that formed on the day the dividend was paid often stretched down Chapel Brow passing the Gas Works and even turning into Hough Lane. 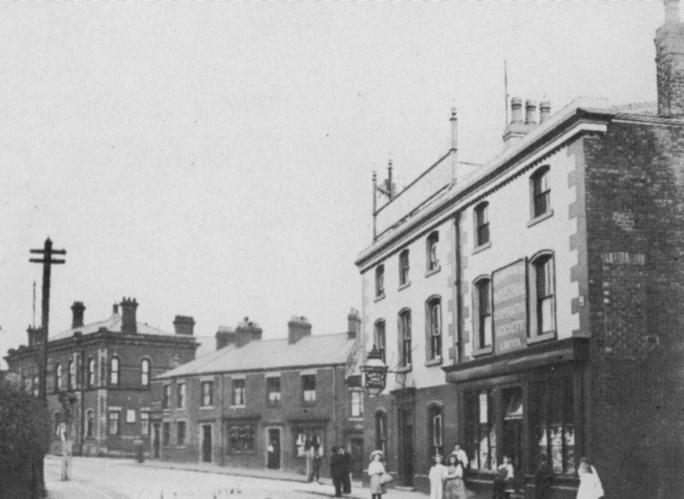 This store was the main Butchers shop supplying the other shops also at one time selling fish. The building then became a second hand store and now sells office equipment. 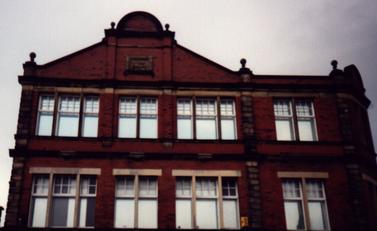 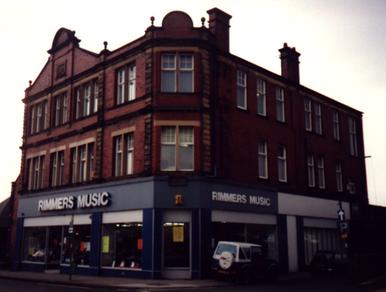 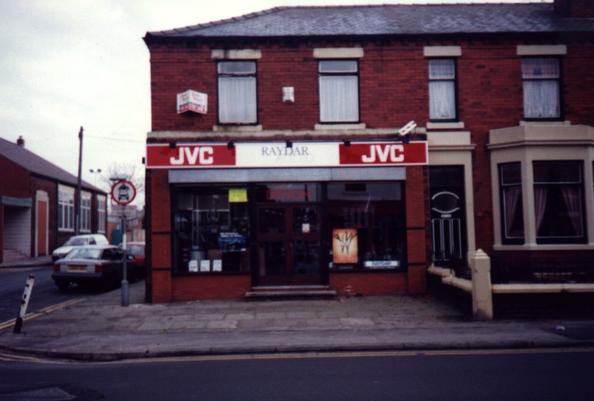 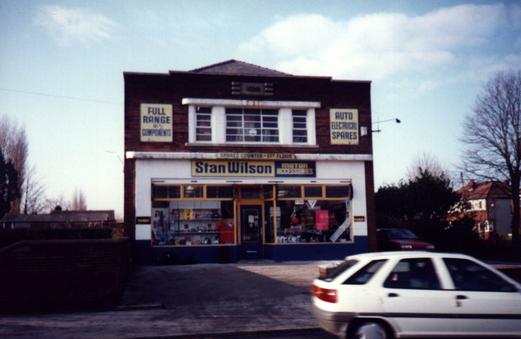 This was completed just before the start of World War II. Dated 1938 it seems to have followed the pattern of the earlier stores in layout but had a much more modern appearance, which fitted in well with the new houses that were built on Canberra Road and streets off in the 1930's.

The first manager is believed to have been Joe Dunn. It later became Stan Wilson's motor accessory shop before reverting to newspapers and grocery.

Known as Farington Road Co - op, this branch served Farington and that part of Leyland “over the Station Bridge ". It also had a large delivery trade covering the area Lancaster Lane, Wigan Road and Cuerden.

For many years a manager of this shop at the junction of Preston Road and Derby Street was the first President of the Leyland Historical Society, Mr. Nowell Bannister. 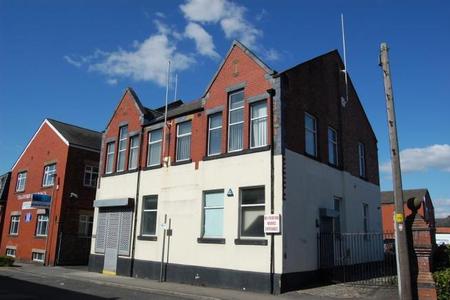 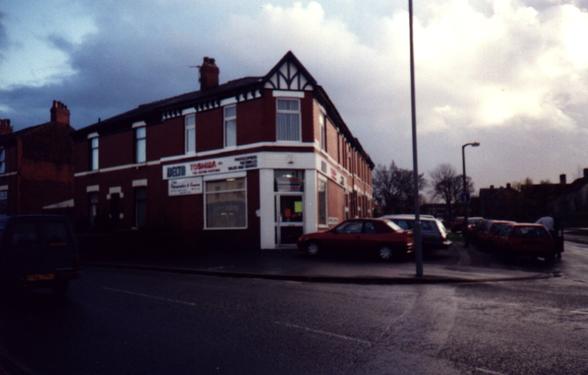 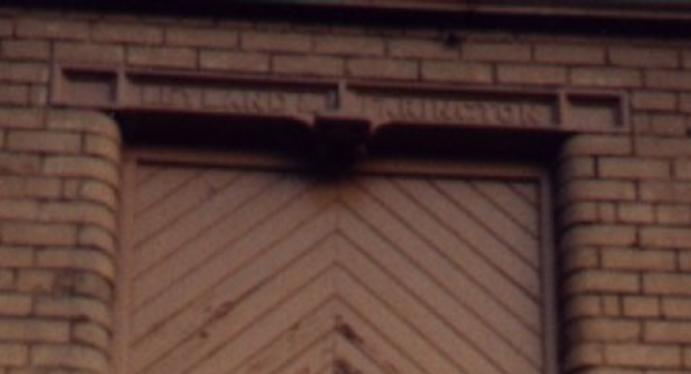 This was the original shop and distribution centre and still shows signs of its original use even though it is now a restaurant. A well known manager in the 1930's and through the years of World War II was Tom Marsden. The Co - operative Society built their stores to a regular plan, ground floor shop and upper storey for storage of the bulk supplies. These were "chuted” down to the cellars where the “bagging up” of the flour, sugar, rice etc., was done on a Monday morning.

The hoist can still be seen on the west side of the building down the back entry between Golden Hill Lane and Grundy Street with "Leyland & Farington  Co - operative Society” picked out in cast iron.