2016 - At the first meeting of the 49th Season on 5th September at the Civic Centre, West Paddock 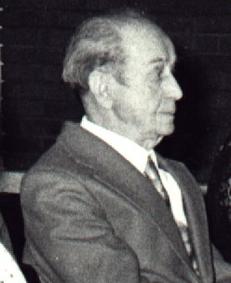 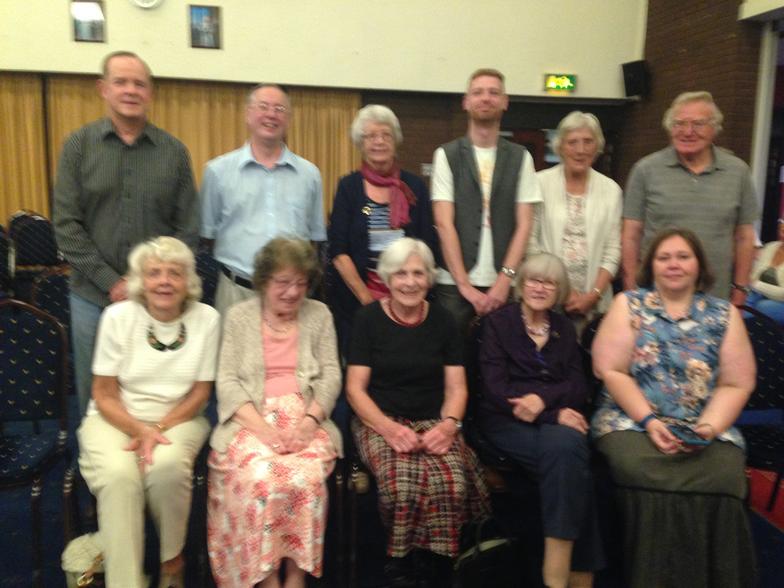 Tributes to Past Presidents, Bill Waring & George Bolton together with Les Fowler, Vice Chairman can be found here.

2000 - Almost a full team turnout (only Elizabeth missing) at a meeting at the Society's venue for 34 years, Prospect House in Sandy Lane. 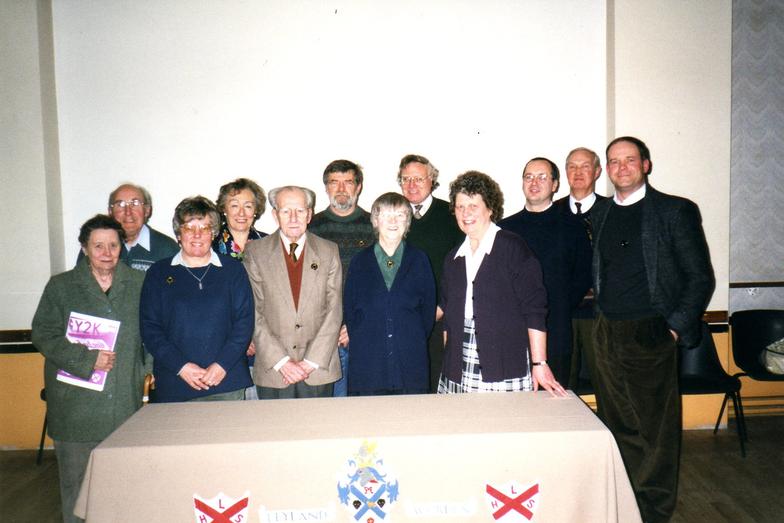 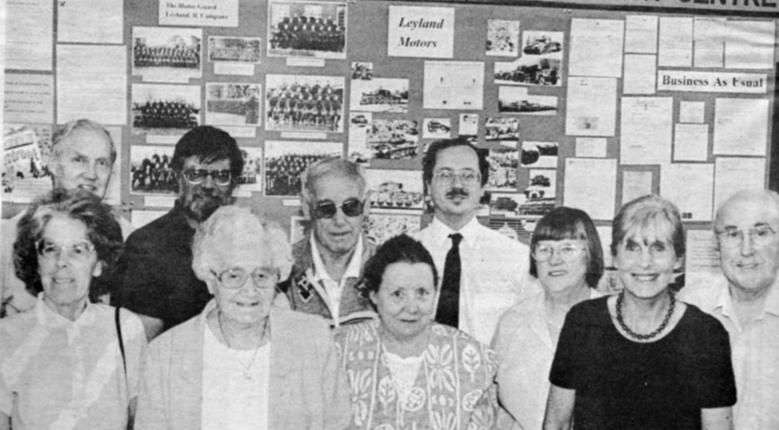 Those Committee Members We Have Lost

1995 - Twenty Years Ago - This made the front cover of the Leyland Citizen as the committee promoted the Society's  exhibition on Leyland in the Second World War. It was taken at a hurriedly arranged lunch time as I had to run from my workplace and back again to be in it

Noele Bannister - Founder and First President of the Society from 1968.