As our current and longest serving President says in the Preface, the Society would not have existed without the sterling work of the first President, Mr J Nowell Bannister, to whom I respectfully dedicate this history.

When the Chairman managed to get ill at the beginning of 1999, being stuck at home not being able to do much for eleven weeks gave me an opportunity to read the old minute books of the Society. It was then that I decided to write the Society’s own history. It was at this point that I discovered that its records were not as complete as we have previously thought.

This history has been compiled from three sources;
Firstly, the syllabus, which lists all the meetings as planned though some were either being listed as “ to be arranged “ or being changed due to illness at short notice.
Secondly, the Chronicles with the news and views articles as well as meeting reports were also a great assistance.
Thirdly, the committee minute books gave an insight to the early days of the society and some of the characters involved in running the society.
So if this history is incomplete or incorrect, please would you advise the Chairman or any committee member in order that we may correct our own records.

I would like to take this opportunity to thank the committee who has answered all the detailed questions as completely as they can. Though special mentions should be made of George Bolton, our President, Bill Waring, Margaret Wilson and Elizabeth Shorrock who have had their memories tested on many occasions over the last twelve months. Also many thanks to Mr and Mrs Williams who have located photographs dating back to the beginning of the Society’s history.

On Monday 1st July 1968 in the Methodist Church Hall on Turpin Green Lane, Leyland at 7.30 pm, there was the first meeting of the Leyland Historical Society.

This meeting was the culmination of many months of planning by the first President, Noele Bannister who managed to attract over 150 to that meeting.

AS WE APPROACH THE SOCIETY'S 50TH ANNIVERSARY THIS AND SUBSEQUENT PAGES WILL TELL THE STORY OF THE SOCIETY AS IT ESTABLISHED A MUSEUM IN THE OLD GRAMMAR SCHOOL.

TO READ FULL STORY OF THE FIRST 25 YEARS YOU CAN READ THE "HISTORY OF THE LEYLAND HISTORICAL SOCIETY" WRITTEN IN 1999 / 2000.

IT IS OBTAINABLE VIA THE PUBLICATIONS FOR SALE PAGE OR AT ANY OF OUR MEETINGS.

THERE NOW FOLLOWS THE DEDICATION, INTRODUCTION, ACKNOWLEDGEMENTS AND PREFACE FROM THE BOOK.

An Old Latin tag, translated literally, reads " Who shall keep the keepers (lit. custodians) themselves ? “ or as is often quoted more topically, “ Who will inspect the inspectors? “. The circumstances which lead Juvenal, the Roman satirist, to coin the original phrase are most amusing, if irrelevant, and worthy of tracking down.

I would like to transmute the phrase even further into “ Who will write the history of the historians? ", the answer, insofar as the Leyland Historical Society is concerned, lies in the work to which these comments are a preface. Five years ago (Ref.1), in looking forward to the second twenty-five years of the existence of the Society, perhaps with prescience, I said “ the Historical Society has become part of history itself  “.

Our energetic Chairman, Peter Houghton, has undertaken the massive task of collating the written records of the Society's "doings " since its foundation in 1968. In this project he has been aided by the very commendable efforts of successive Secretaries of the Society who had the onerous job of recording the procedures (sometimes chaotic!) of the monthly meetings of the Officers and Committees of the Society. I pay tribute to all concerned in these matters. Additional information has been derived from the members of the Society themselves, through the medium of their articles in our long standing and thoughtfully titled Journal, the " Lailand Chronicle", a publication which is perhaps our most important contribution to the study of local history, and one which has been externally commended.

There is no authoritative treatise on how to set up and operate a local history society and I suspect that there are as many ways as there are societies. A useful little publication (Ref.2) of 1988 was by Mary Paget of Charlton Kings in Gloucestershire and is a model for a structured approach to the matter. I do not suggest for one minute that this present history of our Society presents a paradigm of how to run a local history society, it is just a factual account of what happened, and like Samuel Cooper's miniature of Oliver Cromwell “ with warts and all “.

It records what happened, but the reason it happened was due almost entirely to the efforts of our very first President, J. Nowell Bannister (died August 1977). Who without the benefit of vehicular transport, tramped all over the locality, gathering support from potential members/Vice Presidents for the formation of what must have seemed an unfamiliar association, namely, a Leyland Historical Society. We owe him much. 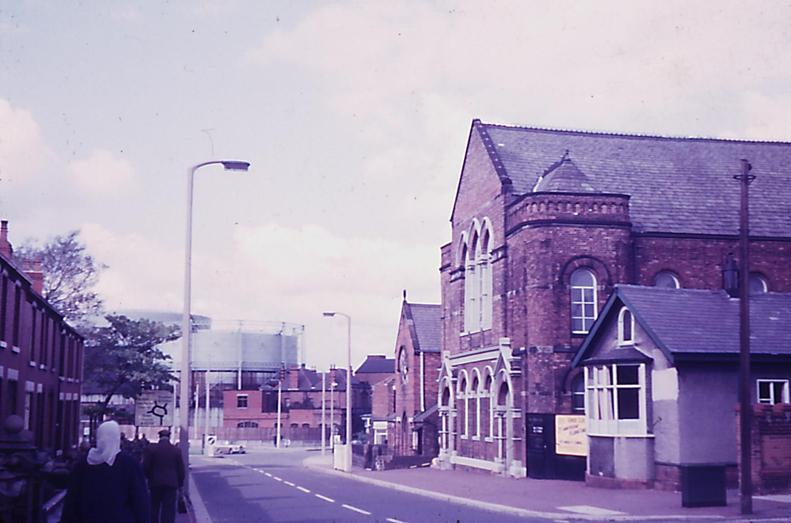