A stone church with a green slate roof and red ridge tiles, with features of Early English and French Gothic styles. It consists of a nave with a clerestory, aisles, a north porch, a chancel with a north transept and a south chapel, and a west tower.

The tower is in three stages with buttresses, a round stair tower with a conical roof, tall lancet bell openings, octagonal pinnacles, and a hexagonal pyramidal roof. The porch is gabled and has a crocketed canopy and a central corbel. 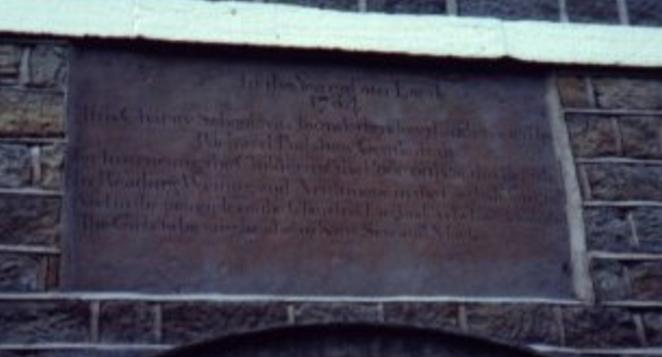 A timber-framed former manor house, later encased partly in stone but mainly in brick, and with a slate roof in two storeys. It originally had a rectangular seven-bay plan, and later an extension with four gables was added to the front.

On the front is a round-headed porch. Internally the timber-framing has almost completely survived, much of it with wattle and daub infill. 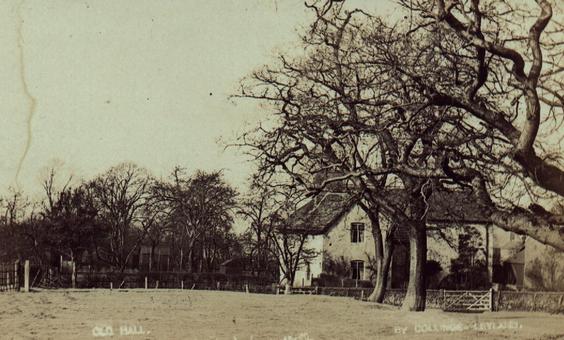 Originally a police station, later used for other purposes, it is in brick on a stone plinth, and has ashlar dressings, including rusticated quoins, and a hipped slate roof.

There are two storeys, it has an L-shaped plan, and a front of four bays. The central two bays project slightly forward and contain a Tuscan pilastrade with a lettered frieze. All the windows are sashes.

Originally a farmhouse, it is in brick with some stone quoins on a stone plinth, and with a stone-slate roof. There are two storeys with an attic, and a symmetrical two-bay front.

On the front is a 2 1⁄2-storey gabled porch that has an outer doorway with a rusticated surround, a segmental head, and an inscribed lintel.

The windows have been altered, and in the attic are gabled half-dormers. Inside the house are an inglenook and bressumers. 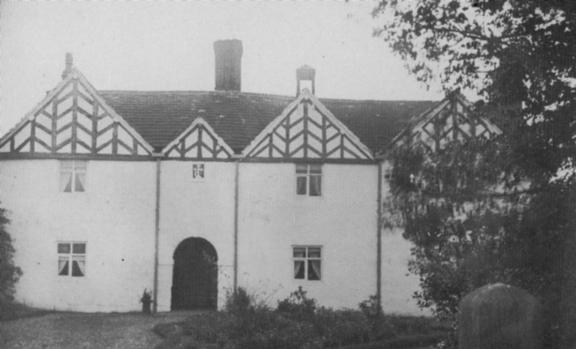 A house, later converted into a public house, in brick on a stone plinth and with stone dressings, and with a concrete tile roof. There are three bays, and two storeys with an attic.

On the front is a three-storey gabled porch that has large quoins, a moulded door case, and an inscribed lintel. The windows are mullioned. Inside some of the timber-framed partitions have remained

The tower is a detached campanile in reinforced concrete. It has four piers in five stages that rise and taper to form a cross.

The fourth stage is solid with irregular windows, and above is a bell.

A brick house, later converted into two dwellings, it is pebble dashed with some timber-framing, rendered quoins, and a stone-slate roof.

The house has two storeys, and is in an L-shaped plan, with a main range of three bays, and a cross wing of two bays. There are modern single-storey extensions at the rear.

The house has a two-storey porch with a datestone. Most of the windows are mullioned or mullioned and transomed. Inside the building is an inglenook bressumer.

The house was altered in the 19th century. It is in brick, mostly rendered, on a stone plinth and with a roof of blue tiles. The house has two storeys with an attic, and a symmetrical three-bay front. It has an arched wooden porch, a doorway that has pilastered jambs and a semicircular fanlight, above which is a decorative datestone. The windows are all sashes. There are three gabled dormers, and on the right return is a canted bay window. 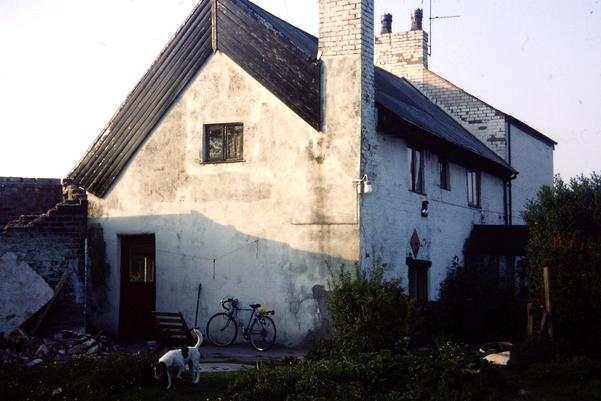 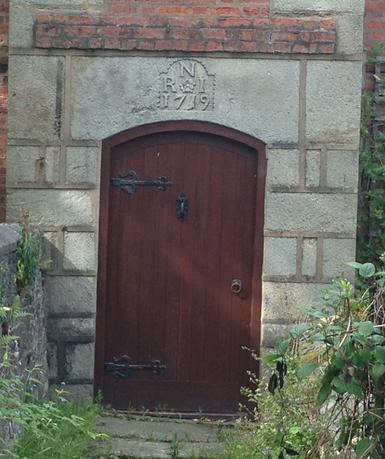 The church was designed by Ewan Christian in Early English style, and the south aisle was added in 1872. It is in stone with a slate roof, and consists of a nave, aisles with separate ridges, a north porch, a chancel, and a west steeple.

The steeple has a tower with buttresses and a broach spire. The windows contain plate tracery. Inside the church, the east wall has a blind arcade, the central panels of which are decorated

A brick house with stone quoins and dressings and a slate roof. There are two storeys with an attic, and it is in an L-shaped plan with a two-bay main range and a two-bay receding cross wing.

There is also a later extension at the rear. The doorway is plain, some of the windows are mullioned, and others are sashes. Inside the house are timber-framed partitions.

The school was altered and enlarged in 1816. It is in stone with a stone-slate roof in two storeys. The building has an L-shaped plan, with a front of five bays, and an attached master's house, and there is an extension at the rear.

The original doorway has been converted into a window, and above it is an inscribed rectangular stone tablet. The windows are Venetian-shaped. The master's house has a projecting gabled bay

Originally a Congregational Church with a school and a hall, it was designed by David Grant in High Victorian Gothic style. The church is in Padiham and Longridge stone, the school and hall are in brick and stone, and all have slate roofs.

The church consists of a nave, a chancel with an apse, vestries, and a tower with a saddleback roof. To the right of the tower is a vestibule incorporating a stair tower. Included in the listing are the walls enclosing the forecourt of the church 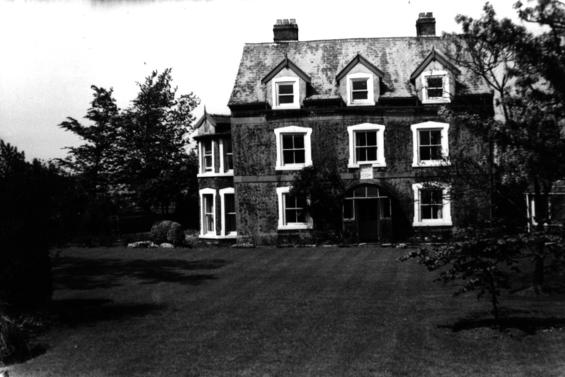 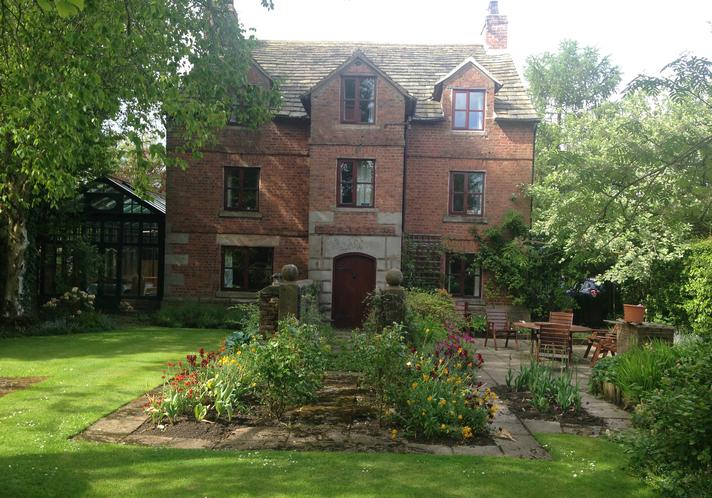 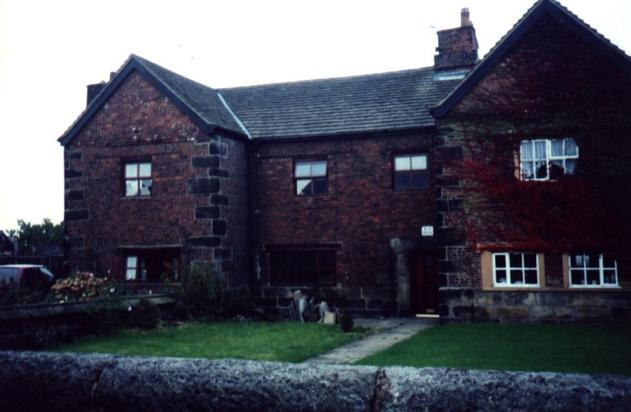 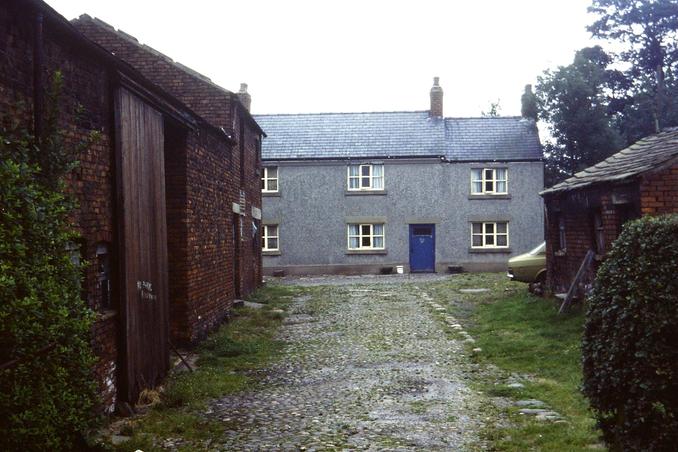 The house was altered probably in the 19th century. It is timber-framed on a stone plinth, later encased in brick and rendered, and has a slate roof. There are two storeys and three bays, and the windows are casements. There is an outshut and single-storey extension at the rear. Inside the house substantial timber-framing remains. 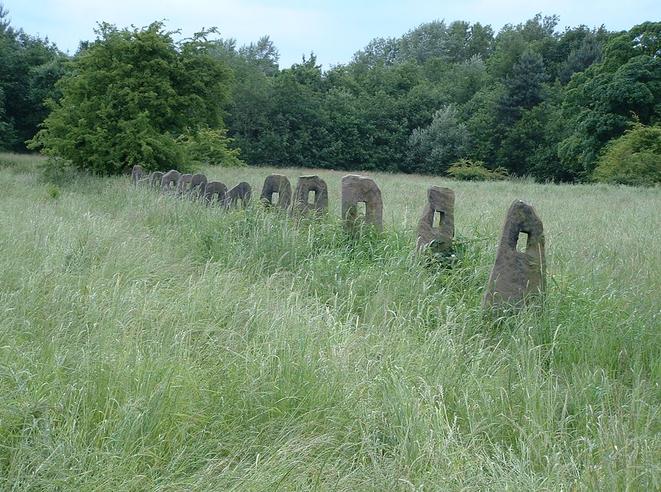 The Roman Catholic church is in brick and reinforced concrete, and has copper-covered roofs. It is circular with aisles, a projecting entrance, and five projecting chapels. Inside the church is a central white marble altar.

The stations of the cross were designed by Arthur Dooley, and the stained glass in the ambulatory is by Patrick Reyntiens. 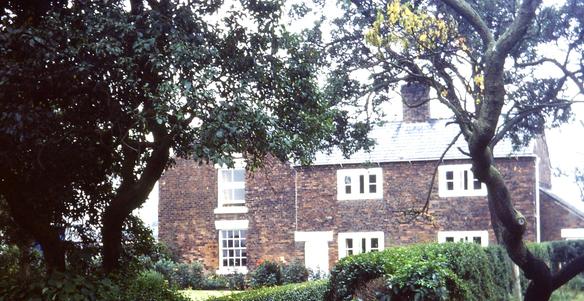 Originally a farmhouse, later extended, and subsequently divided into two dwellings. The original part is in rendered brick with a slate roof, and it has some internal timber-framing. This part has two storeys and two bays with a rear extension. There is a two-storey porch, and the windows are replaced casements. The extension is a projecting cross wing to the left, it has two storeys with an attic, and a projecting two-storey canted bay window with Venetian-shaped windows, and a Diocletian window in the attic.

A house, later divided into three dwellings, in brick with a stone plinth and large long-and-short quoins, and with a stone-slate roof. It has two storeys and a U-shaped plan, consisting of a central two-bay range and two projecting gabled wings. There is also an extension at the rear. In the right bay of the central range is a doorway with large jambs and a lintel, above which is a datestone. All the windows on the front have been altered, and the hood moulds are in brick. At the rear, some of the windows are mullioned. Inside the house are two bressumers. 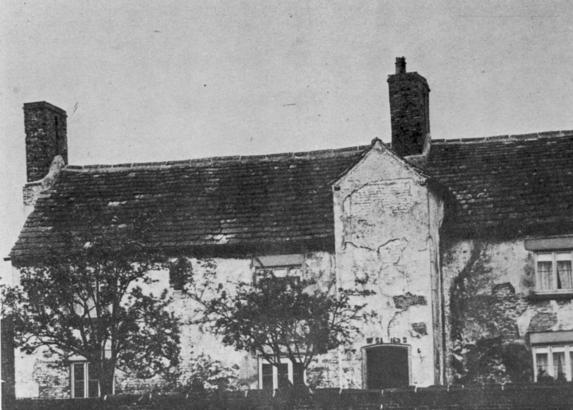 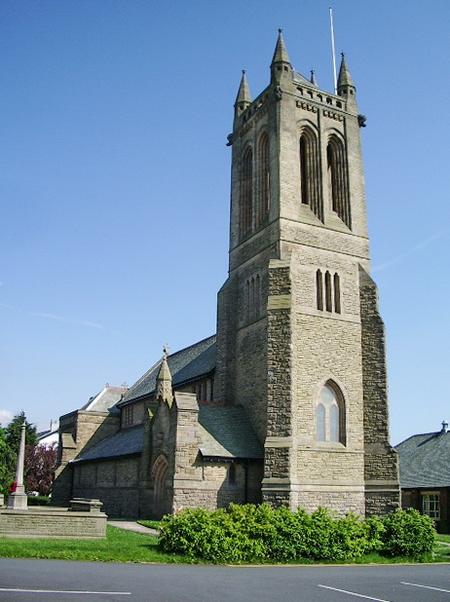 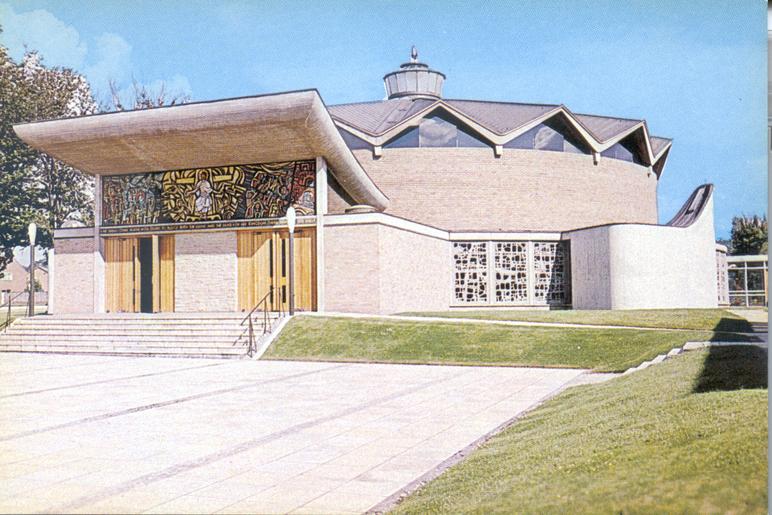 A brick house, rendered at the front and rear, with rusticated quoins and a red tiled roof. It has two storeys and a symmetrical two-bay front. The door case is pedimented and above it is a datestone.

The windows are square with splayed heads and keystones. At the rear is a tall stair window 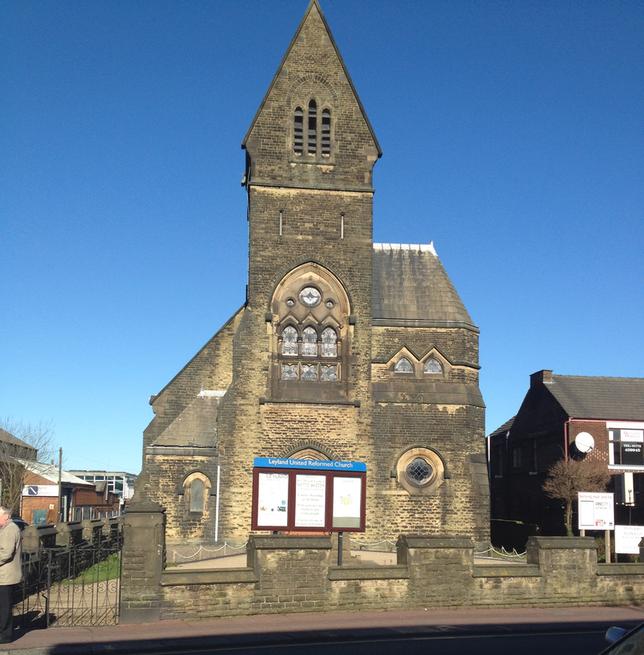 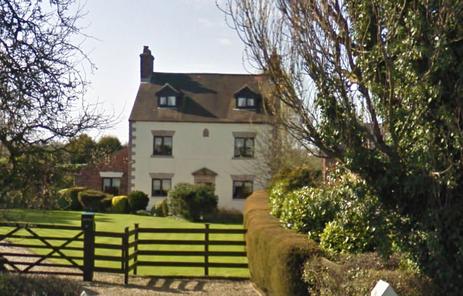 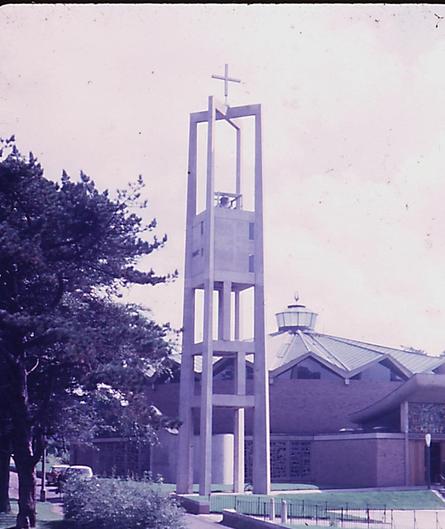 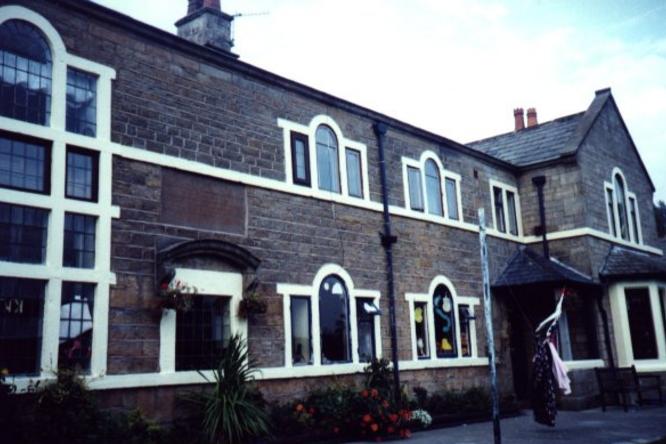 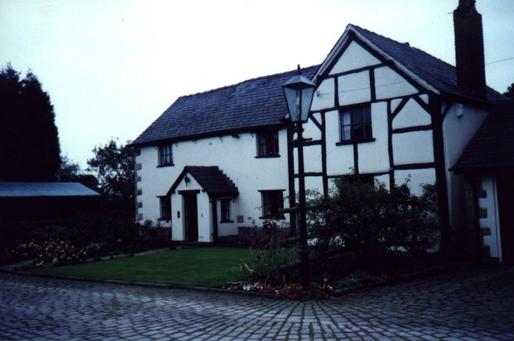 A cruck-framed house with brick cladding and a thatched roof. It has two storeys and two-bays, and has casement windows.

Inside the house are two full cruck trusses, and timber-framed walls with wattle and daub infill.

The fence posts divide a meadow between the River Lostock and the Wade Brook. There are 35 stone posts on a line 100 metres (330 ft) long.

The posts are tapered slabs about 1.5 metres (4 ft 11 in) high with two slots for railings. 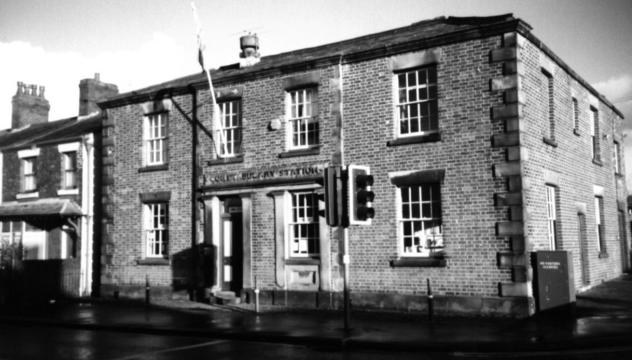 The house is partly timber-framed and partly in brick, on a stone plinth and with a slate roof. It has two storeys and a T-shaped plan, consisting of a main range and a cross wing, the latter probably being the earlier.

In the centre of the main range is a doorway with an inscribed lintel and a modern single-storey gabled porch. The windows are casements. Inside the house is a large bressumer. 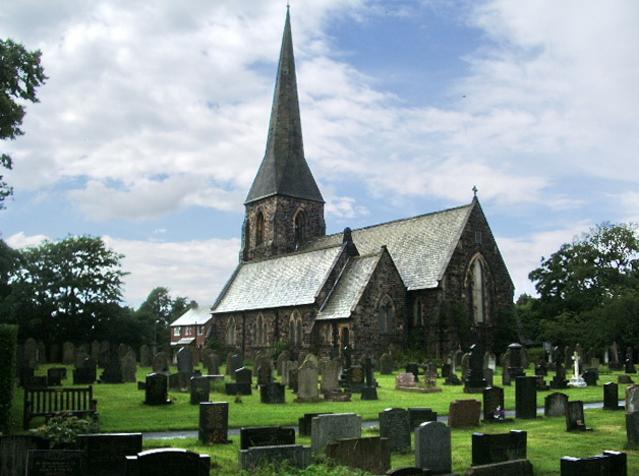