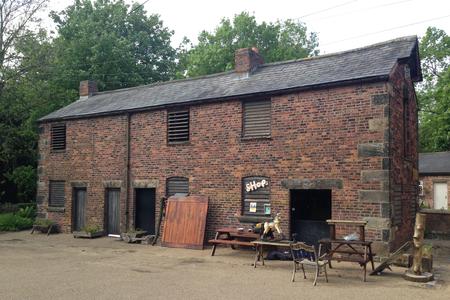 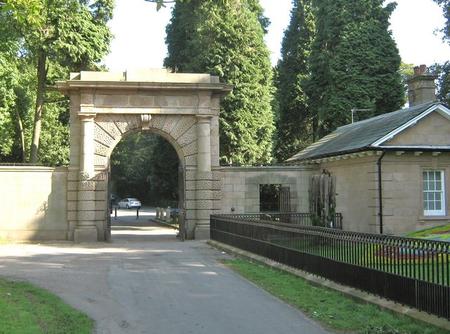 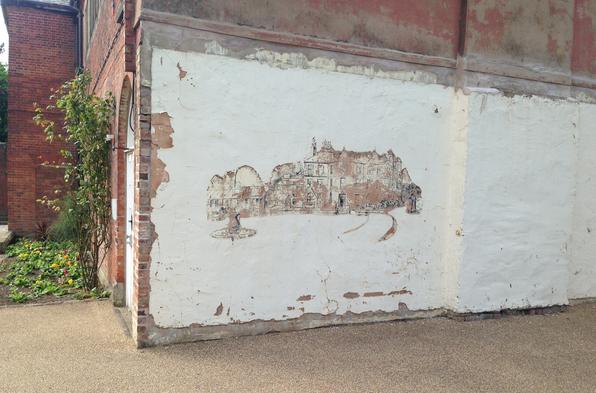 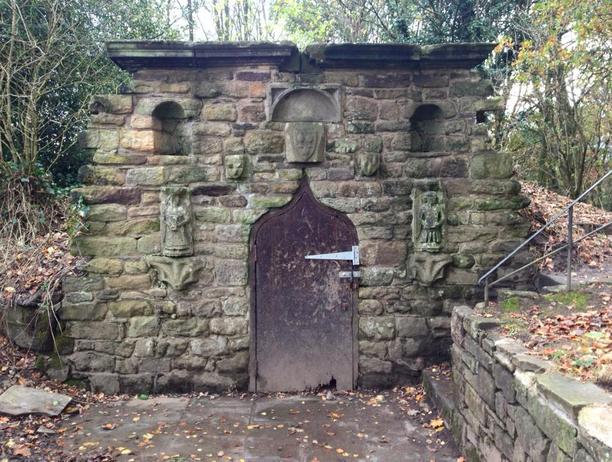 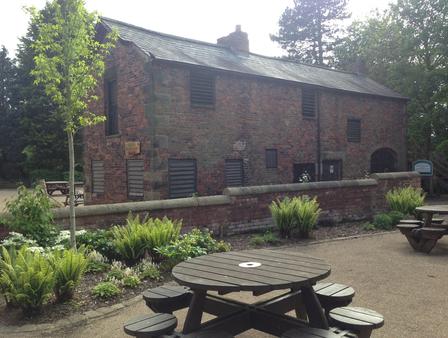 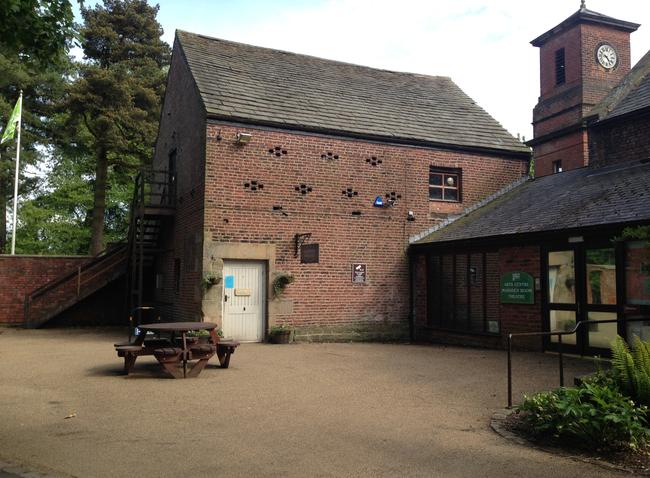 The former building for brewing animal food is in brick with stone dressings and has a slate roof. It has two storeys and a rectangular four-bay plan.

On the south side are four doorways, and there are three windows on each floor. In the gable ends are loft doors, one of which is reached by external steps. Inside is a wooden spiral staircase 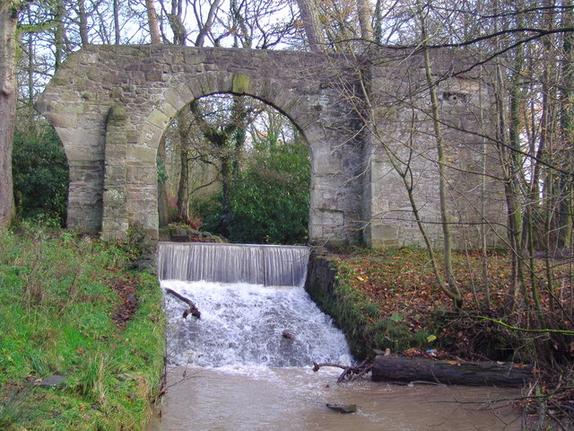 Grade II  (due to be delisted)

Originally a conservatory attached to Worden Hall, later used as a greenhouse, it is has a wooden frame on a stone plinth, and glazed walls and roof. There are three sections, the central section being higher, with a projecting canted bay and double doors.

The outer sections have a simple structure. On the apices of the bay and the gables are iron finials.

Stable Block on north side of Worden Hall 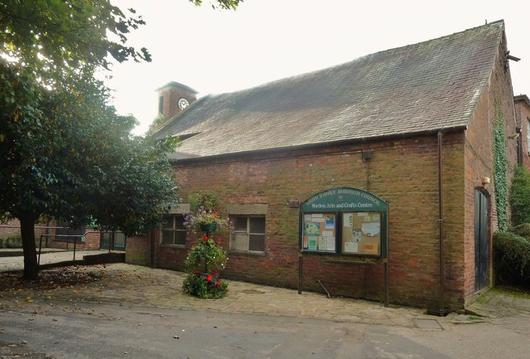 The ice house is in the grounds of Worden Hall. Its entrance is blocked with brick. The masonry around it has an ogee-shaped head, and is decorated with re-set items of carved stones dating from the 16th century or earlier. These include two small statues, three faces, and shields 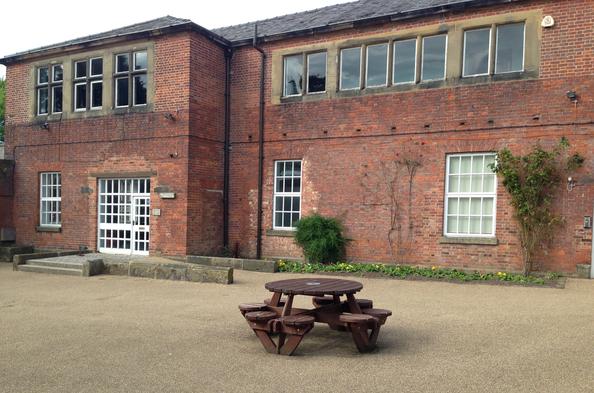 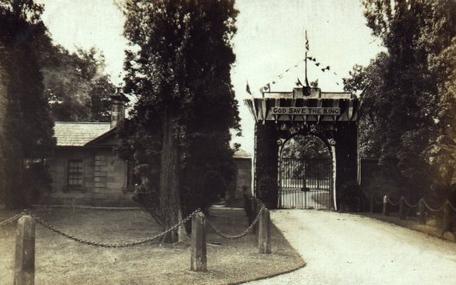 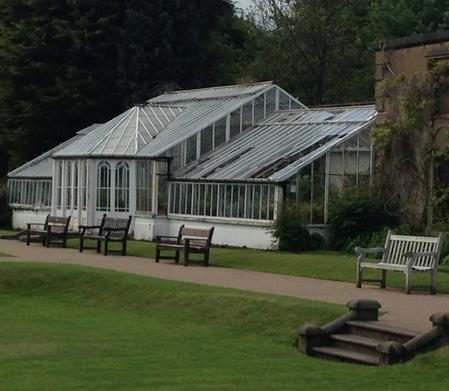 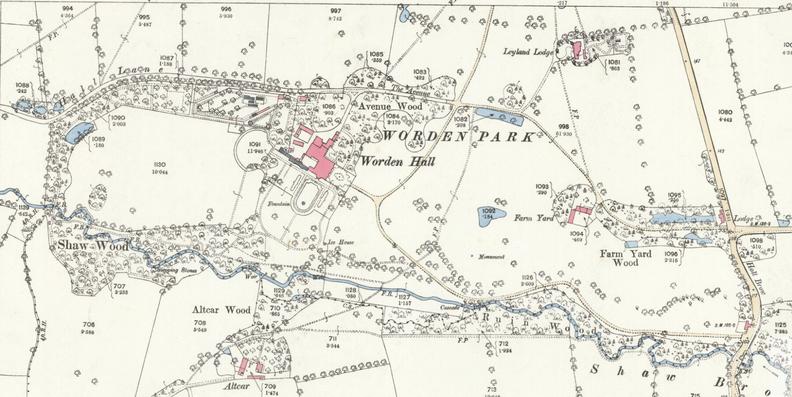 A stone round-headed arch crossing a waterfall, with quoins and voussoirs. Adjoining it to the south is a rectangular turret with a gargoyle, and to the north is part of a broken arch

Registered under the Historic Buildings and Ancient Monuments Act 1953 within the Register of Historic Parks and Gardens by English Heritage for its special historic interest.

The former stable is in brick with stone quoins and a slate roof. It has two storeys and is in a roughly square plan.

The wide doorways, with stone jambs and lintels have been converted into windows, and there is a first-floor loft door

The barn ha been converted into a performance space. It is in brick on a stone plinth, with stone dressings, including quoins, and a slate roof.

The building has a rectangular plan with four bays, and contains opposed wagon entrances that have segmental heads with voussoirs, and five rows of ventilation openings

The gateway and lodge are in ashlar. The gateway consists of a round-headed arch with vermicular rustication. It has a scrolled keystone, attached Tuscan columns, and a plain entablature with a moulded cornice and a stepped parapet. Between the arch and the lodge is a postern gate.

The lodge is in Neoclassical style, it has a single storey and is in a T-shaped plan. The roof is in slate, and the lodge has pedimented gables, rusticated quoins, and sash windows with architraves.

The service wing to a former country house is in brick on a stone plinth, with stone dressings and a slate roof. It has two storeys and an L-shaped plan. The higher west wing has five bays, and the south wing has two.

The windows are in varying types, and include cross windows, mullioned windows, a French window and a stair window, and the doorway is round-headed.

Entry No 1000955
Park and pleasure grounds with elements of an early 19th century scheme and a formal garden probably of the mid or later 19th century.

The site was included in land granted to the Knights of St John of Jerusalem in the 12th or early 13th century. Worden then passed from the Bussel family to the Anderton family. In 1534 it was acquired by Sir Henry Farington and it remained in the Farington family until 1947. In 1950 Leyland Council purchased it. It was opened to the public on 18th June 1951 and remains in use as a public park. 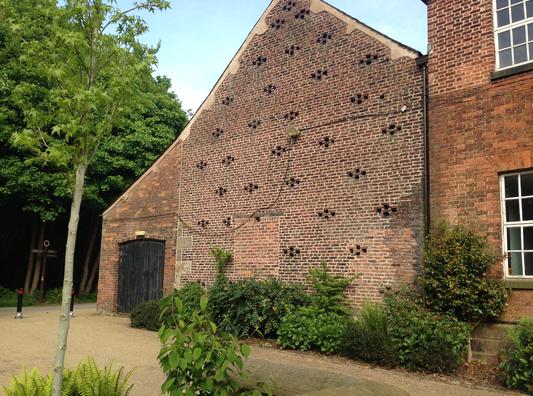