HOW MIKRON THEATRE CAME TO LEYLAND 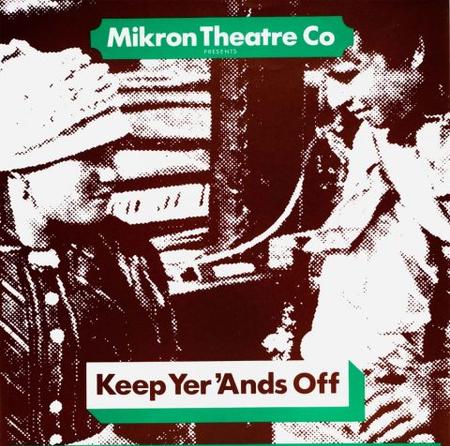 On 8th August 1979, Peter and I took the Rotaract Club to the Railway at Appley Bridge where Mikron were performing their other show that year "Where's our Cut?"

Mike and rest of the cast were dressed as "Diggles",  small "warm" animals who lived in the then closed Standedge Tunnel of the Huddersfield Narrow Canal.

With the performance being in the pub car park the crowd got depleted by the cold evening, so by the end of the show, most of the Rotaract club members had disappeared into the pub to watch through the window.

The picture left shows the costumes with the following years cast wearing them as in those days, there was always a new show each year with the one from the previous year hitting the venues that were missed the previous year.

The following year on 14th August 1982, we headed  to the Bridge at Adlington to watch Mikron perform "Keep your 'ands off" though this is the last occasion  the Club went as a group to watch Mikron.  As you may have noticed this was a venue above Wigan and therefore only able to take boats up to 62 foot long, too long for Mikron's narrow boat Tyseley which is the standard Midlands length of 70 foot.  So for this part of the waterways tour Mikron used to borrow a Leeds & Liverpool friendly boat for around two to three weeks.

Over the next ten years, my friends and I still watched Mikron usually at one of the Douglas valley pubs along the Leeds & Liverpool from Wigan to Burscough,

1984 - Still Carrying - The story of the narrow boat Tyseley and all the people who had owned it over the years. This was a particular favourite being at the Crooke Hall Inn in Crooke village where I first saw Mark Williams. It was also the subject of a television documentary as the cast interviewed the previous owners before writing the play. 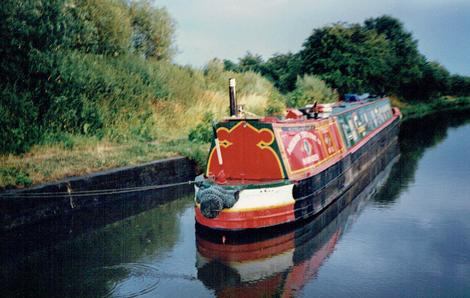 This year was the 22nd appearance of the Mikron Theatre Company at the Leyland Historical Society.  Many have asked how I discovered them and got them to perform in Leyland for the first time in 1994.

As is usual with your Chairman it's not a short story but goes back to my days in Chorley Rotaract when on the evening of Monday 16th July 1979 after just agreeing at a meeting with the British Legion officer to undertake the Chorley Poppy Appeal that year we found our way (that's Peter Ericson and myself) to the Railway at Botany Bay in Chorley.

Here the Mikron Theatre Company had just started their performance of "What A Way To Go"  We watched the action from the back as Mike Lucas, Chris Whittingham, Sandra Moore and Carol Prior played their various parts.

At the interval Mike, as usual (we were to discover) asked and got more programme sales, and on hearing him say there were more seats at the front, Peter and I went forward to discover that the seats were almost on top of the performers, with the result that for the second half of the show we both joined in much more with the sing a longs (they did that then with large lyric sheets held up) and the applause at the end (deserved anyway). 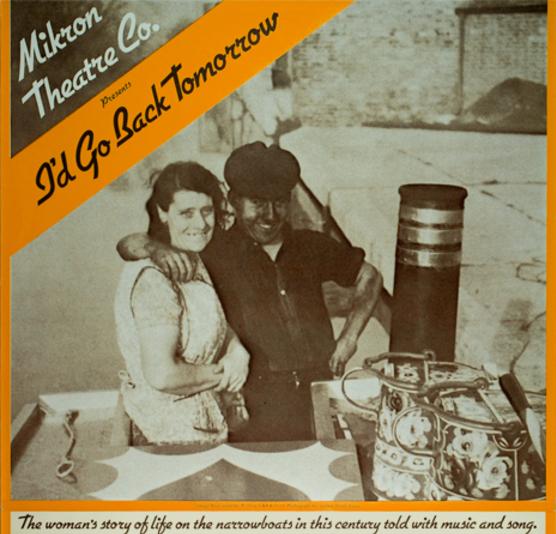 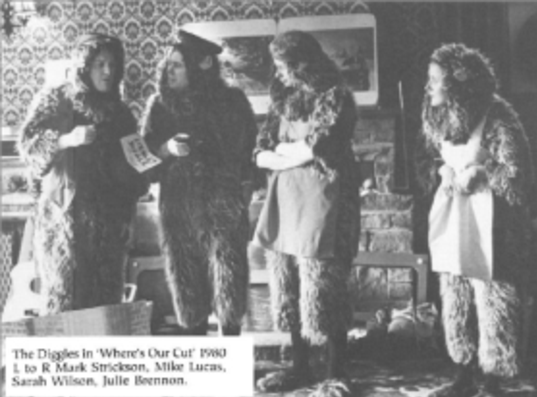 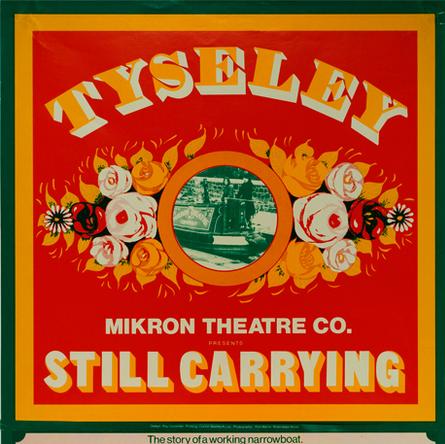 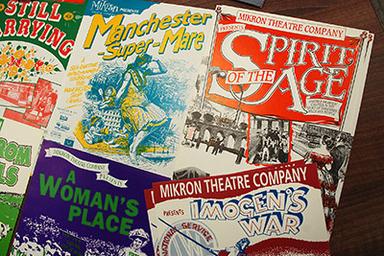 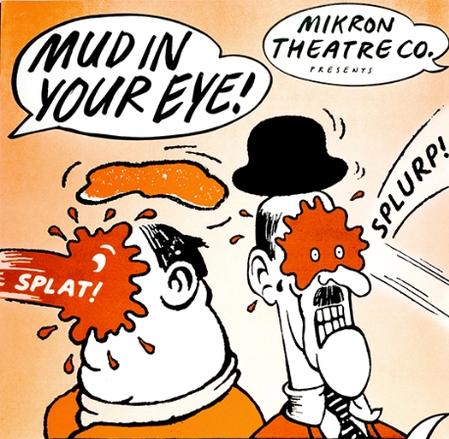 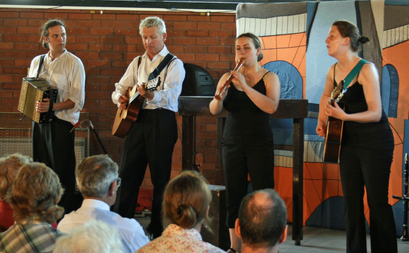 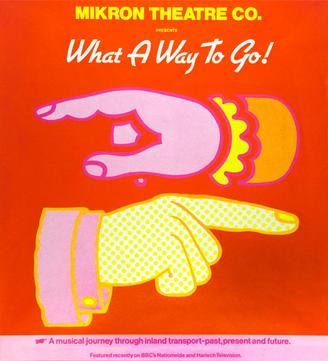 For the following years I did my bit to advertise Mikron shows by turning up at the local branch meetings (North Lancs & Cumbria) of the Inland Waterways Association held at the Howard Arms in Whittle le Woods and saw "Flights of Fancy", the story of a lock keeper and their family and, "Rise & Fall", the story of the boat lifts both home and abroad to name just two.

That was until February 1994 when the Historical Society was looking for new speakers or entertainment and I said the word Mikron.

Though one memorable performance was seen on 21st July 1986 as being on a canal holiday to Nottingham from Wolverhampton I managed to tie in the route with an appearance by Mikron at the Stenson Bubble, a pub attached to a boatyard not far from Nottingham.

As we passed Tyseley heading for a place to moor, Mark Williams, stuck his head out of the boat and shouted in his best West Midlands accent "I come from Wolverhampton like this boat". He then enquired if we knew there was a show on that night. To which the rest of our crew said "Yes he does"

The show that night was "Just the Job" the story of a family taking a canal holiday, much to remind my happy crew.

On 29th April 1981 at the Railway, Appley Bridge I saw the Mikron Theatre show that is still my favourite until today. It was called "I'd Go Back Tomorrow". Not to be confused with the book of the same name written by Mike Lucas when he retired from running Mikron.

It was the story of a boatee's** wife who lived on the canal all her life.  At some points  it was very sad, as noted by Lynsey one of the Rotaract members sobbing away in the back row when the baby died. This was the first occasion when an actor, Sarah Wilson, kept to one part with the rest of the cast playing all the other parts round her performance from being a little girl to being an old women.

Of course the play ended with the usual sing a long and everyone  departed happily even Lynsey (who had said before the play that it would not work in a pub).

"Life on the boats had little romance

There was more than enough pain and sorrow

But if I was given just half a chance

The following year we went to see the show entitled "Mud In your Eye". This was the story of the canal restorers with Graham Palmer from W R G (The Waterways Recovery Group) portrayed affectionally as Garden Gnome, David Hutchings of Stratford fame was Super Hutch while Mikron with future Doctor Who companion, Mark Strickson, sung the only punk favoured song they ever did called "Be A Failure" and yes we sung along to it.

Get things wrong,
Be weak not strong
That’s the way to get along.

Everyone loves a failure