We welcomed back Mikron Theatre Company with “Mrs Brunel” as they told the story of Isambard Kingdom Brunel through the eyes of her long suffering wife, Mary. She lived through all the highs and lows of the great engineer, (so says Jeremy Clarkson no less).

With two actors playing the main roles from their early lives until his death, it was up to the other two to cover every other part which they did wonderfully.

This year’s Mikron Theatre production in October was titled “Hell and High Water” and told the 250 year history of the ground breaking Bridgewater Canal from its opening day on 17th July 1761, through its working life until its rediscovery in the leisure age.

The story was based on the three people involved in the construction, namely the Duke of Bridgewater played by Dan while the two other parts of John Gilbert and James Brindley were both played by Adrian though as he pointed out not at the same time, the two actresses filling in most of the remaining roles. 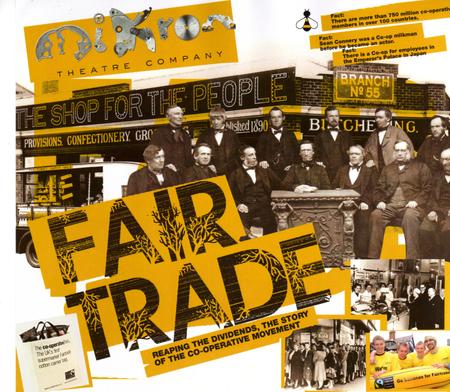 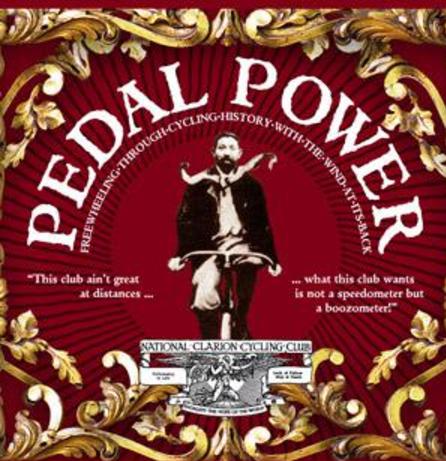 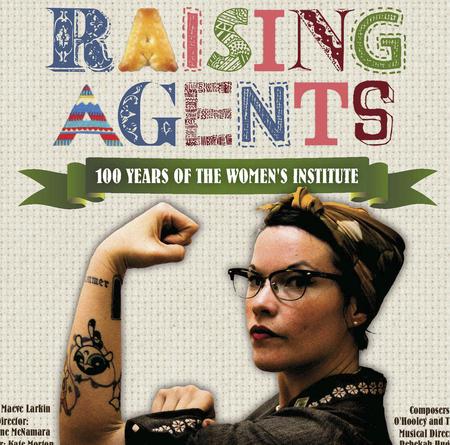 The return of the Mikron Theatre Company on Monday 8th October saw the third in their engineer’s series, so after we have had Richard Trevithick and Isambard Kingdom Brunel; it was the turn of Thomas Telford. As the man was a workaholic whose only occupation was his occupation, hence the title of the play “Married to the Job” he was shown to be an inspiration to civil engineers up to the present day.

The company was their usual professional best with new member, Adrian Palmer taking the lead role. Daniel Wexler made a welcome return even reprising as Brunel for a short scene. The play had been sponsored by Institute of Civil Engineers, an organisation that he had helped to found. 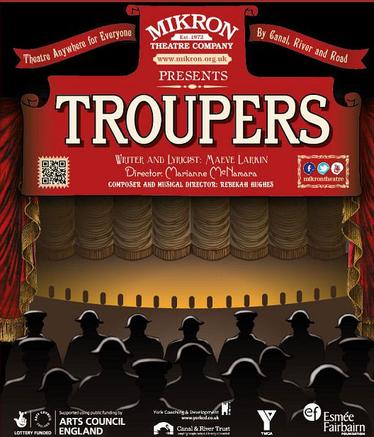 This year’s Mikron Theatre production, Don’t Shoot the Messenger, in October told the story of the Postal Service. When a gun-toting hoodlum holds up a sleepy village Post office he gets more than he bargains for as postmasters Mr and Mrs Pertwee embark on some restorative justice - enlightening the reprobate about the institution he’s been messing with.

It was a comical journey through five centuries of postal history from the days of the stage mail coach with the Pertwees' telling the history as they went with the usual songs and professional acting as its best. 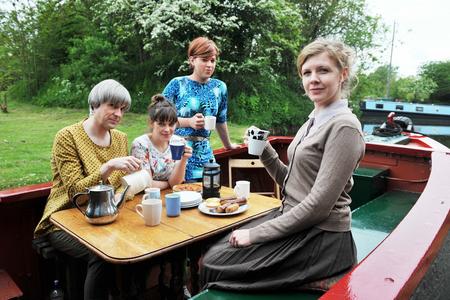 This year’s Mikron Theatre production in October told the story of the Troupers. It’s 1914. British entertainment is down on its uppers. Actor-manager Lena Ashwell (OBE) has a theatre but no audience. So she assembles a motley bunch of ‘turns’ and books a tour with a difference.

For her Troupers didn’t tread the boards of Old Blighty but the muddy, bloody fields of France. Twice nightly, we’re here all week, if we’re here at all! In a little-told story of the Great War, Troupers brings to life the amazingly audacious Concerts at the Front – a hitherto unsung war effort that’s full of guts, gusto and greasepaint. Who was better to present this story than modern-day troubadours, Mikron? The acting and production were of the usual great acting tradition which together with the subject matter made this one of the company’s best historical productions to date. 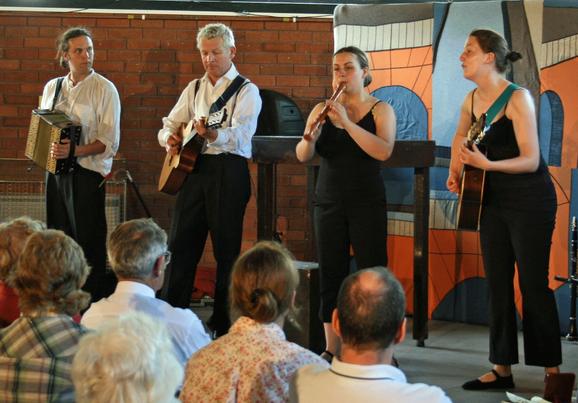 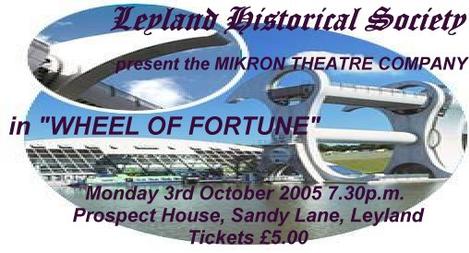 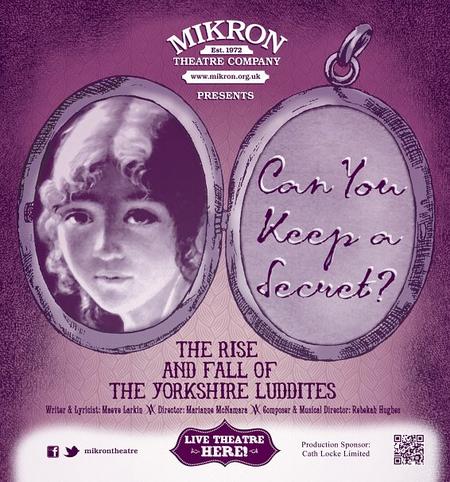 In October we saw the return of Mikron Theatre Company who this year gave us “Pedal Power”. This told the story of the Clarion Cycling Club which with the affordability of the new safety bicycle in 1890 meant that, for at least one day a week, thousands could quit their work-a-day lives and enjoy the freedom of the open country.

The “magic wheel” was seen by many as a way of spreading a new political gospel, and the Clarion Cyclist was born: a Socialist utilising his cycle for the combined purposes of pleasure and propaganda. Soon the NCCC became a national phenomenon, which continues to this day. Pedal Power followed these very British radicals, with their saddlebags full of leaflets, along the road from politics to time trials, cloth caps to helmets, worsted to Lycra.

It told the inspiring and entertaining story of the NCCC: fun, fellowship and the idea of sport as a means to an end. With a rousing song and the wind at its back, Mikron freewheeled down the years with a hundred saddle-sore but laughing Clarionettes The four actors again were brilliant as they told the different characters stories involving members of the audience on the way. 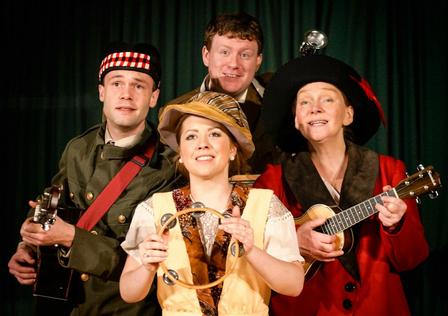 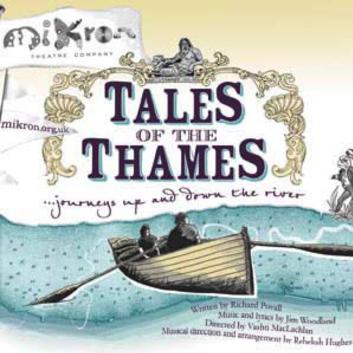 This year’s Mikron Theatre production in October was called “Raising Agents” and told the history of the Women’s Institute as they were celebrating their 100th anniversary. Bunnington WI is a bit down-at-heel. Dwindling membership means they can barely afford the hall, let alone a decent speaker. So when a PR guru becomes a member, the women are glad of new blood. Initially.

The milk of WI kindness begins to sour when she re-brands them the Bunnington Bunnies. They’re hopping. With stakes higher than a five tiered cake stand, a battle ensues for the very soul of Bunnington, perhaps the WI itself! On the threshold of one century into the next, this tale of hobbyists and lobbyists asked how much we should know our past or how much we should let go of it. Above all else, like the WI itself, Raising Agents is a story of friendship.

The four cast members managed to pull off being the ladies very well especially when the two males had to pretend to be males dressed up as females, very confusing but fun to watch. The attendance that night of 207 with 84 visitors from the various local women’s institutes making a very successful evening. 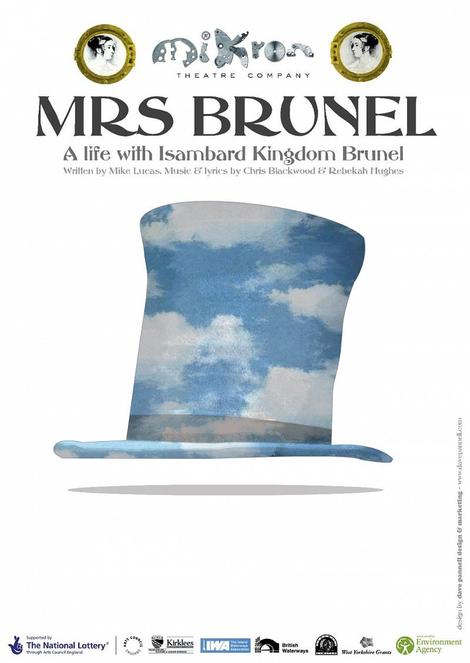 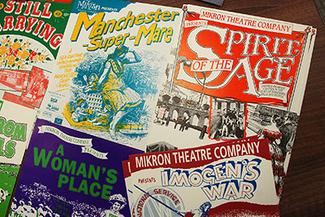 Due to the Blood Donors, our next meeting was held on 13th October when the latest Mikron Theatre production “Fair Trade - Reaping the Dividends, the story of the co-operative movement” told the story of the Co-Operative movement from its beginnings in Toad Lane, Rochdale to the present day with the fair trade campaign. The team of Daniel Wexler (Company Manager), Adrian Palmer, Gemma Richardson and Erica Rogers, acted their socks off.

Dan’s cheeky smile especially with the washing line on the front row (you had to be there) is well remembered. From the song about the Co Operative Funeral Service (they carry out over 160,000 funerals a year) to the song about the famous people who worked at the Co Op from Richard Burton to Sean Connery, the milkman.  Many present agreed that this was the best show they had seen so far, personally I want a revival of “I’d go back tomorrow” (You can see a trend here) 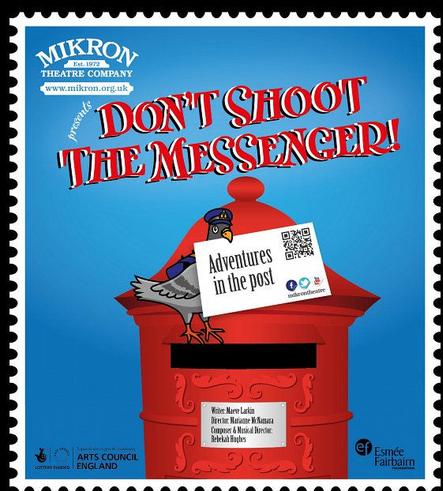 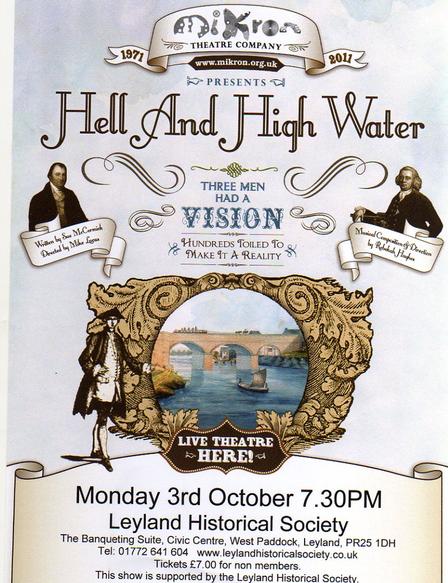 In October we saw the return of Mikron Theatre Company who this year gave us “Tales of the Thames”. This told the story of the river through the people who lived on, earned their living by and knew the various moods of the river.

The four actors again were brilliant as they told the different characters stories involving members of the audience on the way.

The return of Mikron Theatre Company on 3rd October with their latest play entitled “Wheel of Fortune” told the story of the Forth & Clyde Canal and the Union Canal, which transverses the Scottish lowlands from the Clyde in the west to the Forth in the east.

The Union Canal joins at Falkirk to provide a link to Edinburgh. The four actors told the story of the canals from their instigation through the construction, working, decline, closure and rebirth with the building of the Falkirk Wheel which replaced a flight of eleven locks that connected the two canals.

This year’s Mikron Theatre production in October was titled “Can You Keep A Secret? – The Rise & Fall of the Yorkshire Luddites”. Maeve Larkin’s brand new script weaved together the stories of the Luddites and the mill owners, the inventors and the croppers; spinning a yarn as richly colourful as only Mikron can. The time is 1812, the place is Marsden, a village huddled into the valley at the foot of the Pennine moorland.

It is a village which is unravelled when, by a twist of fate, families rise against each other in the fight for progress and the fight for survival. Marsden was the home town of Enoch Taylor, inventor and manufacturer of the first cropping machines. It was also the home to many croppers who saw their futures disappearing because of the new machines. Joining the Luddite rebellion, a group of croppers took things into their own hands with fatal consequences.

Two hundred years on, the village is home to Mikron Theatre Company. It told the dramatic events that led to the assault on Rawfold’s Mill, the killing of William Horsfall, and the subsequent hanging of 17 men in York. The actors brought all the characters to life in their usual professional way, though two of them did let their thoughts drift to their forthcoming wedding, the following week.