By 1861, the landlord was 41 years old widow, Ellen Martlew, daughter in law of William., who lived there with her five daughters, one son, one servant and three lodgers. Robert Eastham had moved across the road to 35 Spring Gardens still being described as "Brewer and Bottler". In the next two censuses, Robert's son Harry Eastham had taken over the Rose and Crown, thereby keeping beer in the family. By 1891, the landlord was Charles Nuttall and by 1901 it was James Seed.

In the very early years of the 20th century, the mill changed hands and the new owners had very different ideas about managing the whole mill estate. Whereas everything - houses, shops, school, pubs etc - had all belonged to the mill, the new owners began selling off pieces of land and buildings.

James Seed was one of the villagers who was able to take advantage and in addition to purchasing a piece of land on which he built six houses, he also bought the Rose & Crown, the board at the front of the pub quickly proclaimed "J Seeds Rose & Crown". 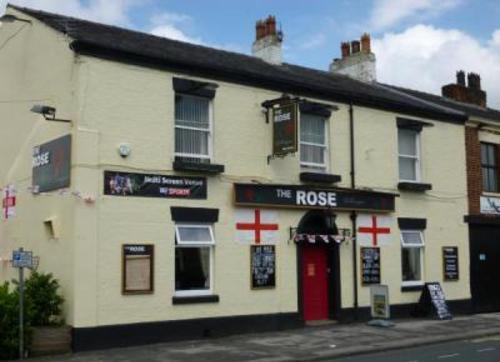 When the railway was built in 1838, the public house was opened to serve the passengers. though according to the 1844 Ordnance Survey Map it was called the Railway Bridge Hotel.

This is strange because at the time the two lines through Leyland Station went over a level crossing, the bridge only being completed when four lines were laid in 1880.

As we have now strayed in the adjoining village of Farington, Joan Langford (the Farington expert) has provided the history of the Rose & Crown whose whole story is detailed within her books on Farington.

The Rose and Crown Inn was part of the Farington Mill owners' plan for a complete new village built around their huge cotton mill. The earliest  drawn evidence for the inn is its mention on the 1844 map, though it first appears in written records in the 1851 census.

In 1851 the landlord was widower, 51 years old, William Martlew. With him were his 23 years old son, 21 years old daughter and his 74 years old (former farmer) father in law plus two indoor servants.

There was also seventh person living at the premises, namely Robert Eastham, whose occupation was given as "Innkeeper and brewer" which suggests that the tales told about the publican brewing his own beer from the water brought up from the well out back could be true.

AROUND THE RAILWAY STATION & INTO FARINGTON. 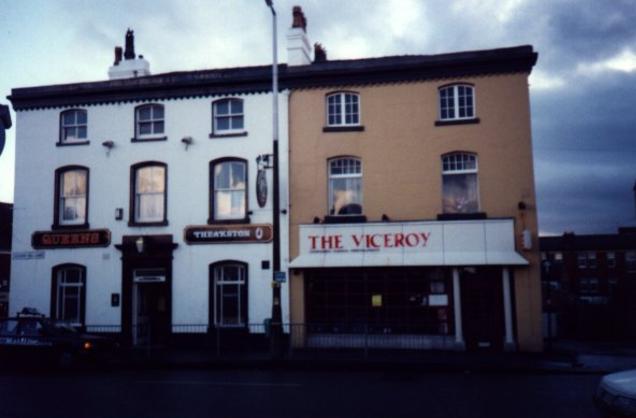 This public house was built in the 1850's, with the Leyland and Farington Co-op Store next door being built as one building.

In Chapel Brow, the Vaults was a separate building with entry through a door onto the Brow.. 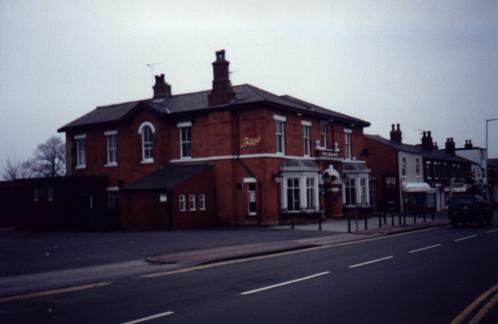 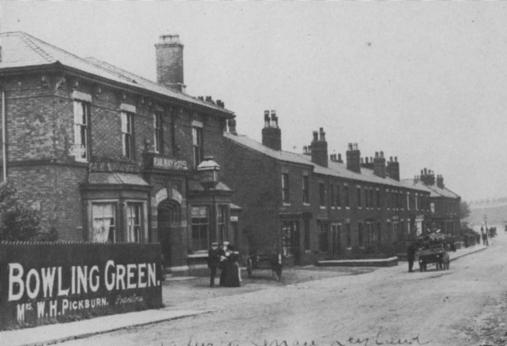 The name of the Rose & Crown relates back to the marriage of Henry VII and Elizabeth of York which marked the end of the War of the Roses between the houses of York and Lancaster. The Tudor rose surmounted by a crown became the royal badge and a popular pub sign. 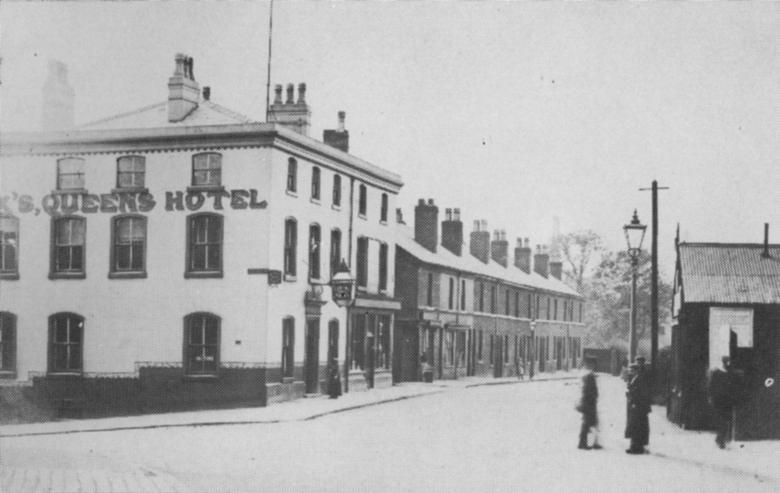 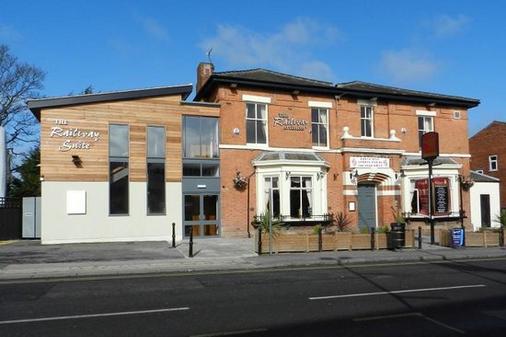 THE PUBLIC HOUSES & INNS OF LEYLAND

The Rose & Crown  now the Rose of Farington 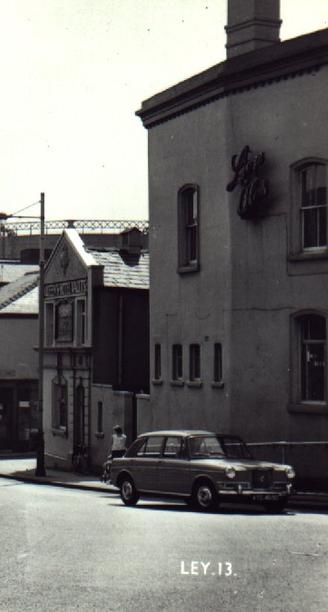 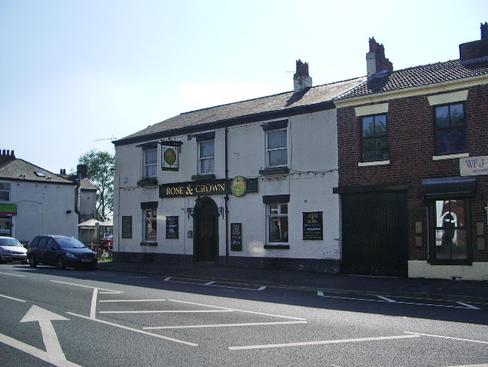