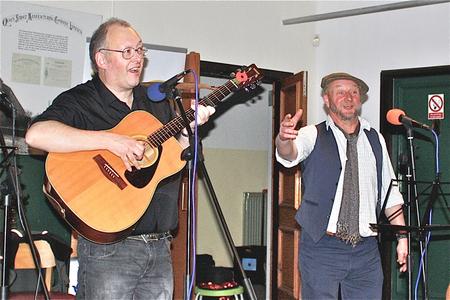 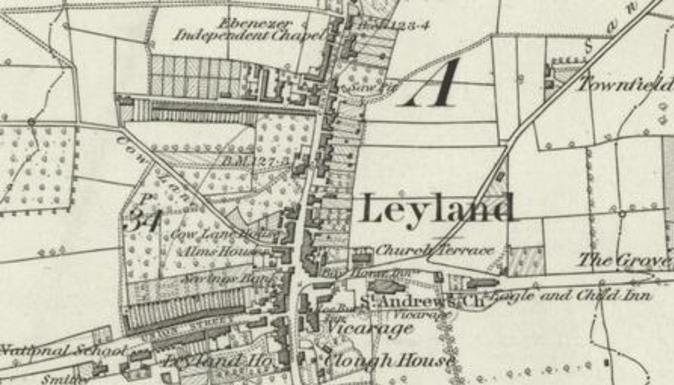 In November we welcomed our member, Thomas Woodcock who described his work at the College of Arms. He is the Garter King of Arms which is the senior of the three English Kings of Arms. The office takes its name from the Order of the Garter. Henry V instituted the office of Garter in 1415 just before sailing for France.

The College of Arms is the official heraldic authority for England, Wales, Northern Ireland and the Commonwealth. As well as being responsible for the granting of new coats of arms, the College maintains registers of arms, pedigrees, genealogies, Royal Licences, changes of name, and flags. After describing the various devices to be found on a coat of arms he then went over the discussions that take place with a future peer, knight of the garter before the shield device can be designed and agreed, two of course cannot be the same.

With a few very interesting tales, such as the Scottish question, regarding any future change after the possible devolution, to the Union Jack, for which he was requested not to speak to the press before September. The truth being that it would not change as the Union Jack was established before the Act of Union of 1705. 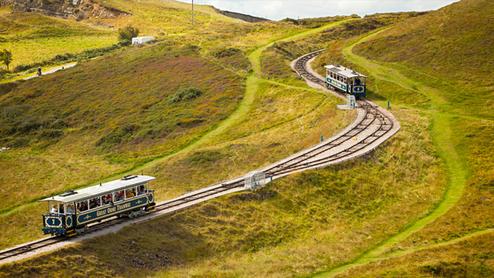 As I have had many conversations with Thomas before, when it came to any questions, I managed to get him to talk about the other interesting parts of his job which include introducing new members of the Lords into the House after interviewing them first. He had actually delayed a new peer to enable him to speak to our members instead.

Though the most interesting part of his job is in respect of arranging and attending State Occasions, from the yearly State Opening of Parliament and the Knight of the Garter services to the Royal Weddings, Royal Funerals and any other events as he told the members about his busy year of 2012 and the day of the Royal Regatta down the River Thames in the rain. The amount of detail that goes into the planning of these events, led to the discovery that the Princess of Wales’s funeral was actually the Queen Mothers which had been already fully planned.

As both his job and he himself have their own pages on Wikipedia, it was surprising in the previous week to his visit, that his name had appeared, actually incorrectly, on the game show, Pointless.

In her second visit as a speaker, Lizzie Jones, told us of the stories of The Halls of West Lancashire were many warring relatives could result in problems regarding inheritance and the subsequent downfall of landed families.

For the first talk of the New Year, we welcomed back Chris Wild from Oxford Archaeology who talked about the recent excavations at Quarry Bank Mill, once the technical problems were sorted out and an early introduction to the following months talk by Mr Calderbank.  In a different sort of archaeology, Chris described with series of photographs and plans how they managed to discover the various stages of development at the mill from surveying the standing buildings. From its early days as a water powered site in 1784 through to the many boiler houses as the steam engines grew more powerful from 1810 onwards.

The Greg family who owed this site and kept updating the Mill over the years ensured that the National Trust who now look after the buildings have a huge heritage to display to the visitors. 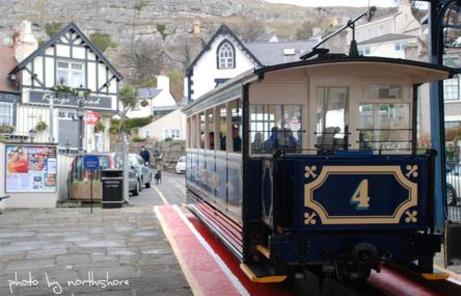 To begin the 47th season, the eighth in the Civic Centre, we returned to the subject of Leyland from another different angle, this time with a talk on the Mapping of Leyland with some maps that had not been seen before. I included those from the Leyland Hundred of Speeds map, through the varying tithe maps, town plans, transport maps, the first Ordnance Survey Map of 1844 and all the subsequent editions which can now be free on the internet courtesy of the National Library of Scotland. I brought the story up to date with the Land Registry to Google Maps, Earth and Streetview.

This year’s Mikron Theatre production in October told the story of the Troupers. It’s 1914. British entertainment is down on its uppers. Actor-manager Lena Ashwell (OBE) has a theatre but no audience. So she assembles a motley bunch of ‘turns’ and books a tour with a difference.

For her Troupers didn’t tread the boards of Old Blighty but the muddy, bloody fields of France. Twice nightly, we’re here all week, if we’re here at all! In a little-told story of the Great War, Troupers brings to life the amazingly audacious Concerts at the Front – a hitherto unsung war effort that’s full of guts, gusto and greasepaint. Who was better to present this story than modern-day troubadours, Mikron? The acting and production were of the usual great acting tradition which together with the subject matter made this one of the company’s best historical productions to date.

Whilst these were many sad and melancholy, Sid did try to lighten the load with many refrains of “When one staff officer jumped over another staff officer back”, “They were only playing leapfrog” brought back memories of watching “Oh What A Lovely War”. The more recent songs including one by Mike Harding called “Christmas 1914” and another called “And the band played Waltzing Matilda” covered by the Pogues. So it was to be a long way to….

Following the recommendation of Robert Poole, we had an intriguing talk in March by Nick Mansfield entitled Work, Class, Politics and 19th Century Soldiers.  This concerned the way that the army, soldiers, officers were portrayed in the press during the 19th Century, sometimes in a positive way other times not depending on the political situation at the time.

In April, we finally had a railway story which was new to me, the Liverpool Overhead Railway or the Dockers Umbrella as it was known, Mike Murphy told us the story of the early commuter line demolished before being modernised. The line taking the population from Sandhills in the northern suburbs of the city though the centre to its southern terminus at the underground station in Dingle. In its long history, there was only one accident, so good in this period prior to Health & Safety.

This year’s trip on the 4th May was over the border to the country of North Wales. A full 51 seated coach took the members to the walled town of Conwy where we were greeted by Karen Black and other members of the Aberconwy Historical Society who split us into three groups and took us around the small town with its overpowering castle as built by Edward I and the town that supplied it from the coast road that ran through it and the small dock that still is busy today. There were many historic buildings to see not least being the smallest house in Britain.

We then made a short but very busy road journey to Llandudno where the town was packed with the people attending the Victorian Extravaganza. All the town centre roads were closed with fairground rides and attractions taking up the road space.

My particular favourite concerned the Royal Coat of Arms, the Scottish Unicorn is held in chains, which a Scottish politician was not happy with as it appears that Scotland in under the control of the English and therefore requested that the chain be removed.

Until it was pointed out to him, that this symbolised that the Scottish people were so strong they could tame wild Unicorns and the removal of the chain would mean they were now weaker, the politician then changed his mind.

We then all had a look at the view from the top which on a good day can include, the Isle of Man, Liverpool and the top of Snowdon. Following a visit to the Café which has huge cream cakes, we journeyed back down, reading the displays about the history of the line as we went. The rest of the day was for enjoying the Llandudno event before returning on the coach to Leyland.

In June our old friend Colin Dickinson told the story of that most Victorian of civic buildings, the Market Hall, starting with the medieval ones that can still be seen in the Cotswolds though the market halls with either the town hall or guild hall above. Colin then talked about the various charters that led to the creation of the market hall and then with the coming of railway station architecture, the capacity to make much larger open structures like Preston or indoor structures like Bolton, Blackburn or Wigan

On 6th July Stanley Walmsley gave us "Curious Customs with Bells on"  which included a bit of hands on experience with the members ringing the changes. 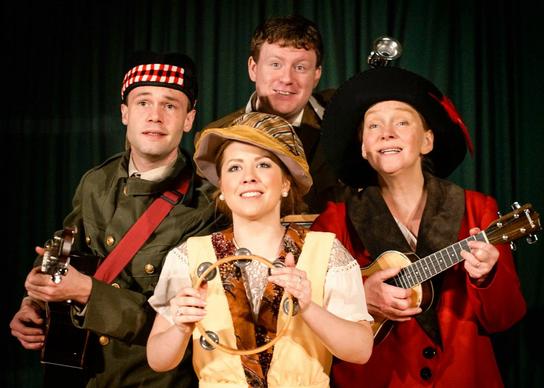 Arriving at Victoria Station, we queued and boarded the tram for the journey to the top. As the cars were open to the elements, it was lucky that it was a lovely day with only a slight breeze. After the steep gradient of the first tram, the group then changed trams at the Halfway Station to make the final ascent to the summit..

We then made our way through the crowds stopping to watch the parade as numerous old vehicles, steam traction engines and other steam driven vehicles made their way towards the exhibition arena. The members, however, had a date with the Great Orme Tramway as the 2 pm journey was booked for us. 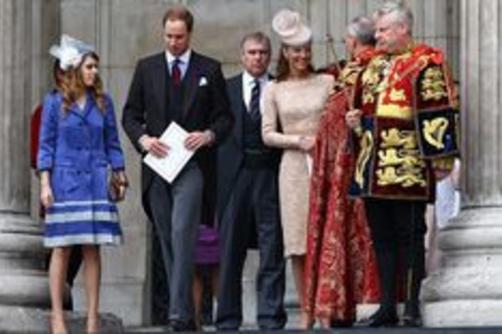 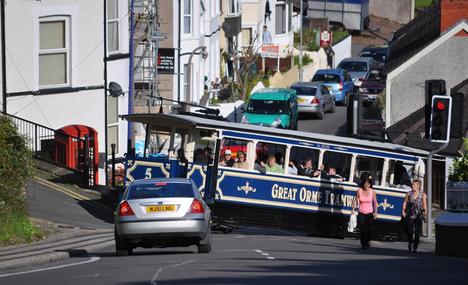