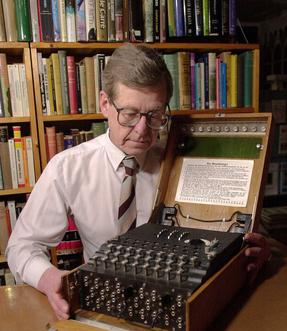 On 8th May the 13th Annual Historical Society Trip set out north and then turned east until we reached Beamish. This was the vision of Dr. Frank Atkinson, the Museum’s founder and first director. Frank had visited Scandinavian folk museums in the early 1950s and was inspired to create an open air museum for the North East. He realised the dramatically-changing region was losing its industrial heritage. Coal mining, ship building and iron and steel manufacturing were disappearing, along with the communities that served them.

Frank wanted the new museum to “illustrate vividly” the way of life of “ordinary people” and bring the region’s history alive. As we arrived and were led through the huge crowds of people it’s an idea that worked and has been copied all over the country now. With the buses and trams providing links between the various sites, you could visit a mine and pit village, an old town from 1900, railway station, waggonway, old farms and numerous other attractions. With the lovely weather those that went enjoyed an interest filled day.

Saturday 19th May saw the Leyland Historical Society at Home at the Civic Centre as we invited members of the Lancashire Local History Federation and other Historical Societies in Lancashire to join us for a day of talks and visits around Leyland. The 55 persons present had four talks in the morning with yours truly on the Industrial Heritage of Leyland and Farington followed by Elizabeth Shorrock on the subject of the ffaringtons and Worden Hall. After a break Colin Dickinson talked on the local cotton mills and then Sid Calderbank finished off with a short talk, a poem and Sam Grundy’s shop.

Following the Lancashire Local History Federation annual general meeting and a well-received buffet, those present were ready for the afternoon activities. Parked outside the civic centre was a Fishwicks Atlantean bus that was going to provide an historic trip around town. As the bus headed down West Paddock numerous envious eyes saw the bus, though putting the number 111 on the front of the bus as we headed up Fox Lane would confuse locals as we went.

Passing the Cross for the first time the bus went up Church Road before turning into Langdale Road and then Worden Lane we rejoined the 111 route going along St Andrews Way and onto Towngate. Pausing at the Hough Lane bus stop as people thought Fishwicks had returned, we then went up the old route, Chapel Brow, then headed over Station Brow and Preston Road and into Farington.

With the Motors factory remains on Centurion Way, the bus turned into Wheelton Lane passing the Leyland & Birmingham factory site as we then turned right onto Golden Hill Lane past the site of Fishwicks garage on Tuer Street. We then turned into Broadfield Drive to return to the Civic Centre where anyone not going on one of the walks could leave the bus.

The bus then set off again, first dropping a group off to visit the Museum and Parish Church, the second group were then dropped off at the gates of Worden Park to visit the remains of the Hall and the Park with our President, Elizabeth. This had previously been arranged with South Ribble so the group had access to the Derby Wing of the Hall to look around this historic building.

The third group was dropped off at the Hough Lane bus stop again causing surprise amongst those waiting for a regular 111 service and were taken around the Industrial Heritage Walk by the chairman using the free guide we have printed (copies will be available at the next meetings of the society or can be emailed on request from the usual contact email address). With all three groups being walked back to the Civic Centre this ended a full but interesting day.

To start our 50th Season in September we took a look back to see how Leyland looked round about 1968 when the Society was formed. As we discovered the previous year the pictorial journey with pictures collected by our late member, Peter Barrow was extensive and his pictures took us on an historic walk around town.

This year’s Mikron Theatre production in October told the story of the Royal National Lifeboats Institution. Skipwick RNLI was all at sea. Crew members are hard to come by and Coxswain Darren’s management style isn’t helping. So when seventeen year old Shannon volunteers, it’s all hands on deck – particularly for Darren’s teenage son, Billy. Eccentric fundraiser Hazel’s ideas even turned a profit. Darren and Billy chart the choppy emotional waters closer to home. With marvellous maritime music and fathoms of fun, we joined Mikron as they dived into 200 years of saving lives. 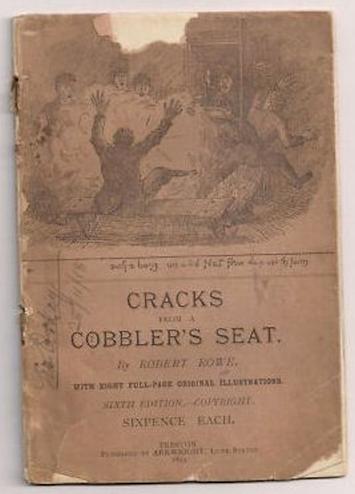 For her presentation this year in December, in a show entitled "The Diary of Samuel Pepys", Lizzie Jones dramatized the diary in her own style. Neil played the diarist, Samuel Pepys (23rd February 1633 – 26th May 1703) who was an administrator of the navy of England and Member of Parliament, He is most famous for the diary that he kept for a decade while still a relatively young man. Pepys had no maritime experience, but he rose to be the Chief Secretary to the Admiralty. His influence and reforms at the Admiralty were important in the early professionalisation of the Royal Navy. The detailed private diary that Pepys kept from 1660 until 1669 was first published in the 19th century. It provides a combination of personal revelation and eyewitness accounts of great events, such as the Great Plague of London, the Second Dutch War and the Great Fire of London. As this was Lizzie’s swansong, it was a fitting end to her numerous years telling the stories of the royal, rich, famous and infamous figures of history.

For our first talk of 2018 on the Second Monday in January (8th) we were again entertained by Chris Wild who discussed his latest work with the Archeology unit of the University of Salford this year concentrating on the fire recording of Wythenshawe Hall, from the photographs and detailed plans you could understand what the fire damage has caused and what has been revealed under the floorboards, in the ceilings and behind the supposedly stable walls.

For the February meeting Sid Calderbank with Simon Blatchley performed part of the "Cracks from a Cobblers Seat” book. This is a real local book as the stories and songs are based around Euxton and Leyland. When Sid enlisted my assistance whilst researching the names mentioned in the book we discovered that many featured in the 1851 census for Leyland and Euxton. Besides Simon, Sid was also accompanied by members of Chorley Brass Band who provided a number of musical interludes.

In November we had a special event as when we were presented with the Website of the Year Award for 2016, the presenter, Dr. Nick Barrett commented on how much he liked our site. I then took that opportunity to invite him to speak to our members. Nick was the person behind the first series of “Who Do You Think You Are” and wrote the original books of the series. His talk showed how the combination of family history and local history has been aided and promoted in the 21st Century.

From the first series of “Who Do You Think You Are” the general public were hooked as Bill Oddie looked into his mother’s early life, the idea of no script putting many actors and presenters off the programme. He was so popular that evening that an immediate rebooking was made and he makes his return in December to “Trace the History of Your House”

Our old favourite Colin Dickinson returned in March with the story behind the “Development of Late Victorian and Edwardian Gardens, with numerous slides of the gardens of the great and good finishing with his own garden.

For the meeting on 9th April (2nd Monday because of Easter) we welcomed back our member, Thomas Woodcock, Garter King of Arms who continued the Story of Heraldry. This time he concentrated on the heraldic visitation of the Norroy King of Arms, Sir William Dugdale in the 17th century as he checked out the heraldic devices and therefore family trees of the local nobility. With copies of the notes written at the time, maps and drawings of the various building together with correspondence from various interested parties including Lancashire’s first historian and local lad, Richard Kuerden all told in Thomas’s informative style.

On Friday 27th April the Society took over 55 Hough Lane and commenced to fill it with the displays that we used to show in the Craft Tent at the old Leyland Festival and the Leyland Local Societies Fair over the past twenty five years. A full review of the Leyland Heritage Centre celebrating the 50th Anniversary of the Leyland Historical Society will feature on its own page on the website and in an article in the next edition of the Leyland Chronicle. 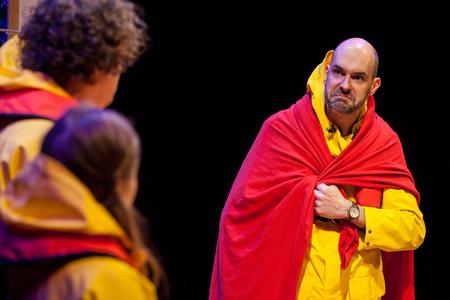 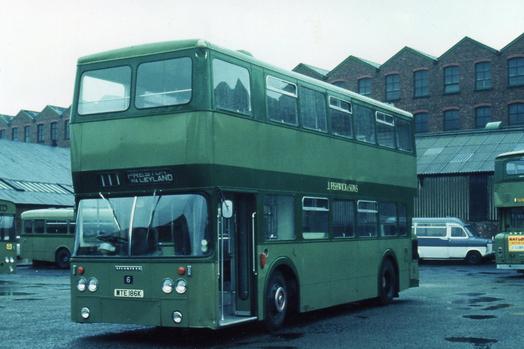 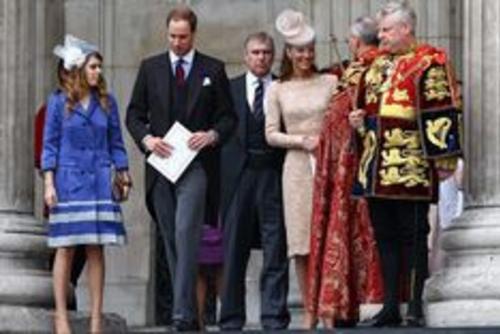 As it was now ten years since we first heard Dr. Mark Baldwin’s story of the WWII Codebreakers, not forgetting the film “The Imitation Game” where his Enigma machine had a starring role it was time we heard the updated and expanded already wonderful story. This we duly did with Mark starting with the invention of the Enigma machine in the 1920s, its further development by the German government whose belief that the codes were unbreakable were their undoing in due course. Mark then went through the way the machine worked and how the operator operated it on a day to day basis.

After the interval when the audience were allowed to play with the machine, Mark went onto describe the way that the Bletchley Park operatives were able to decode the messages with the initial help of the three Poles who originally broke the codes As the decoding was mechanised with the use of bombes partly developed by Alan Turing, the number of people employed at Bletchley Park continued to rise with the decoding becoming a factory industry.

Our final meeting of the season on Monday 2nd July featured the return of Dr. David Starkey who gave his most recent talk “Henry VIII and the first Brexit” where he contrasted the difference of Henry’s break with Rome and the Reformation with Martin Luther and the goings on in the political world today. Though it was touch and go as when I originally emailed David back in 2016 to arrange the talk I have had to change my email and David was unfortunately replying to the wrong address. Though once this had been sorted out and David knew he was expected, all we had to do was pick him up in Harrogate and bring him back to Leyland, this we duly did.

As he did last time the first half of the talk was on the given subject but after the interval, David asked for all questions which came thick and first until David called a halt. Elizabeth give an appreciative vote of thanks which was acknowledged by a peck on the cheek by David. We dropped him off in Preston so he could return south the following morning as his next talk was that night in Deal. 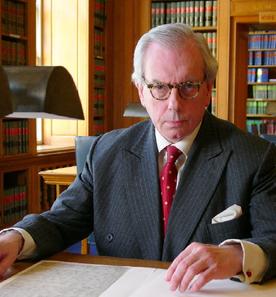