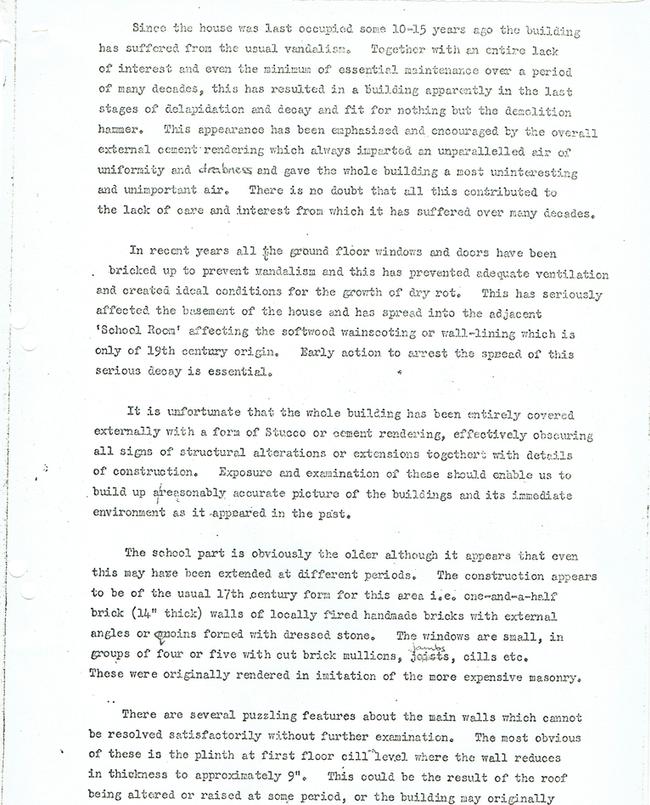 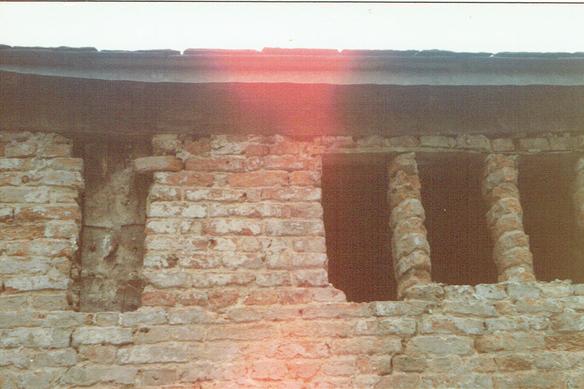 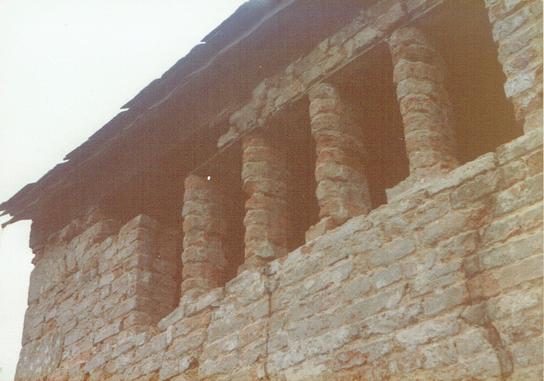 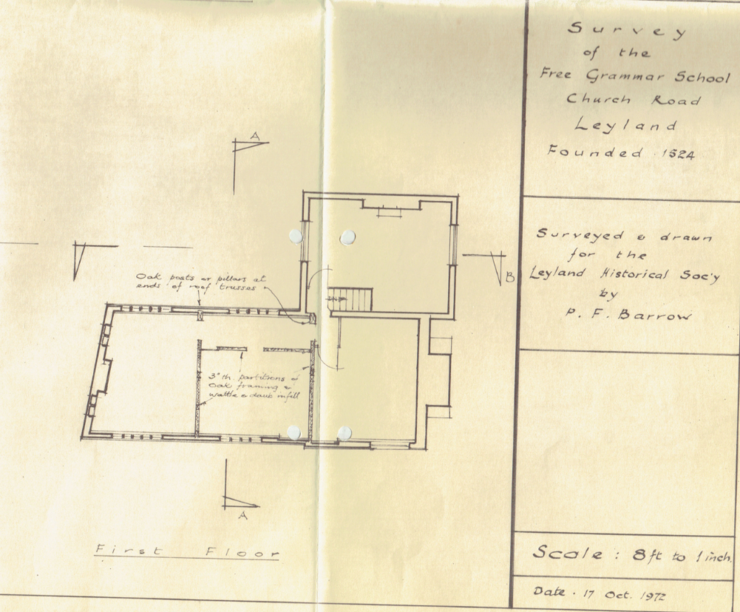 Many of the exhibits were located by the Historical Society. 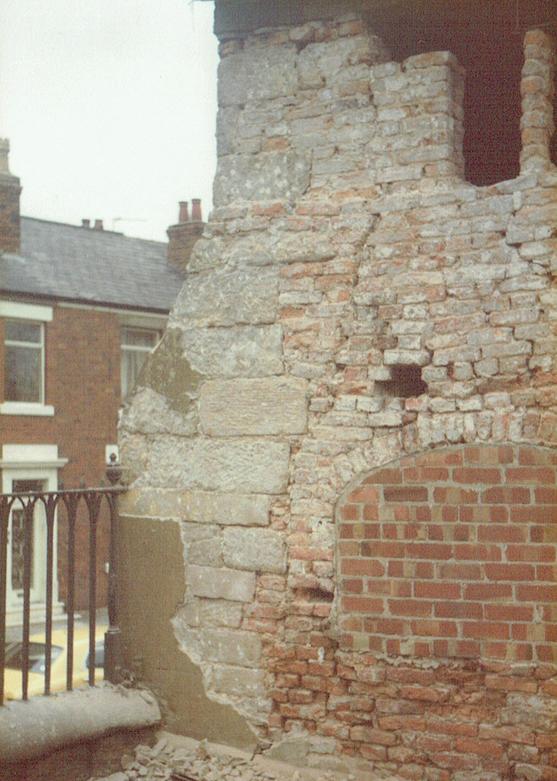 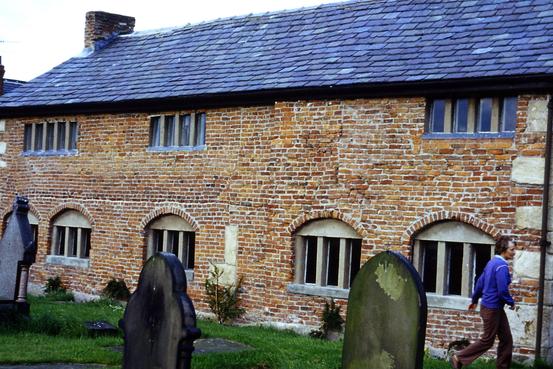 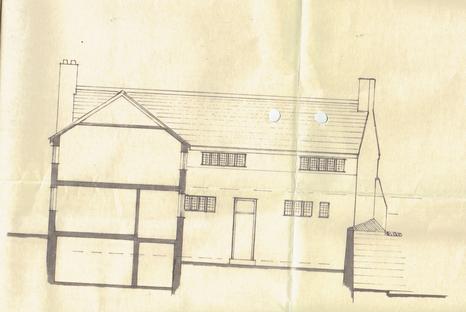 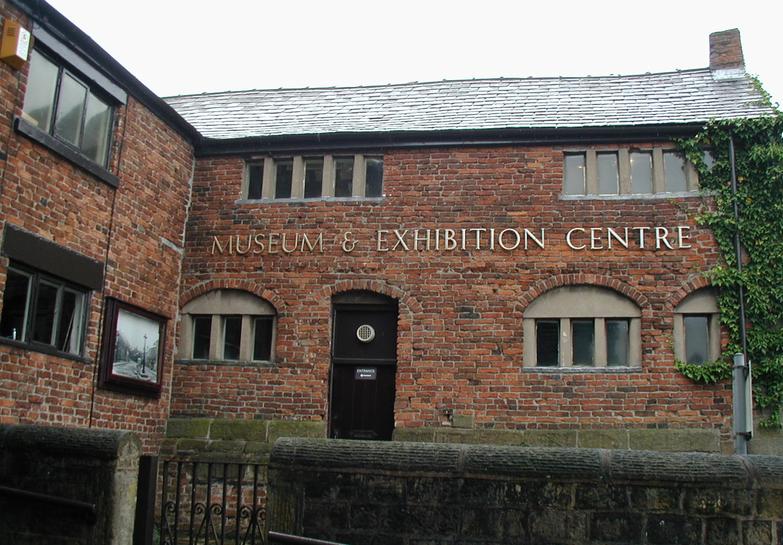 HOW THE LEYLAND HISTORICAL SOCIETY SAVED THE OLD GRAMMAR SCHOOL HELPING TO CREATE THE MUSEUM .

In 1976 at the August committee meeting of the Leyland Historical Society, whilst talking about a site for the 1977 Leyland Festival exhibition, the subject came up of the possibility of acquiring a permanent exhibition site. Mr Bannister, the Society’s first President, suggested the Old Grammar School be made into a Museum with possibly the top floor turned into a flat for the Curator.

It was decided to write to the South Ribble Borough Council to ask:
(1) What, if any, restoration work was being carried out?
(2) For what purpose do they propose to use the building? The Society could then put forward the proposition for turning the Old Grammar School into a Museum.

At an unusual December committee meeting, the committee discussed the re-roofing of the Old Grammar School under the Government scheme for employment. Mr Hallam, the Archaeologist for the New Town, informed them that if evidence were given of sites of historical interest, he would be prepared to consider whether or not work and excavations should be proceeded with. The committee agreed that a letter should be sent to South Ribble for information regarding local listed properties.

By the November 1977 committee meeting reported that the Old Grammar School renovations were now complete with the official opening on 7th December 1977 followed by the opening to the public on 9th December. Volunteers being required for manning the exhibitions. 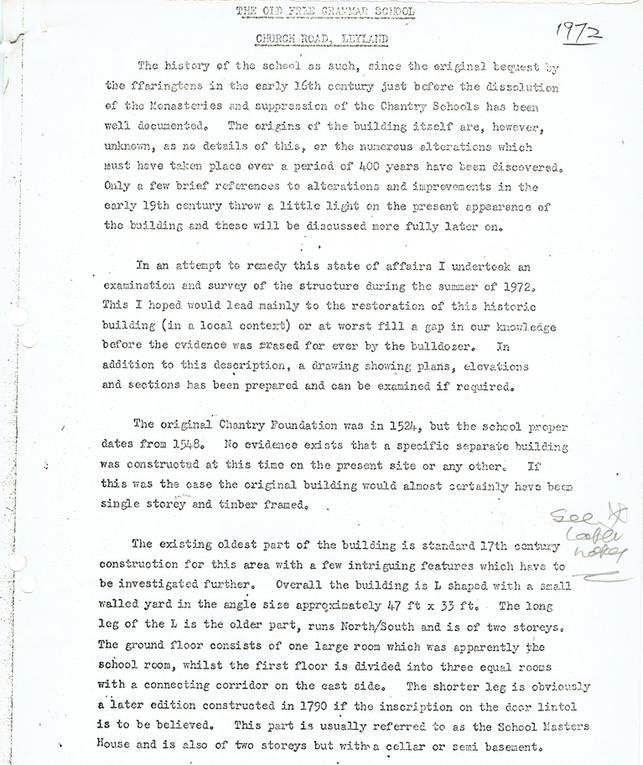 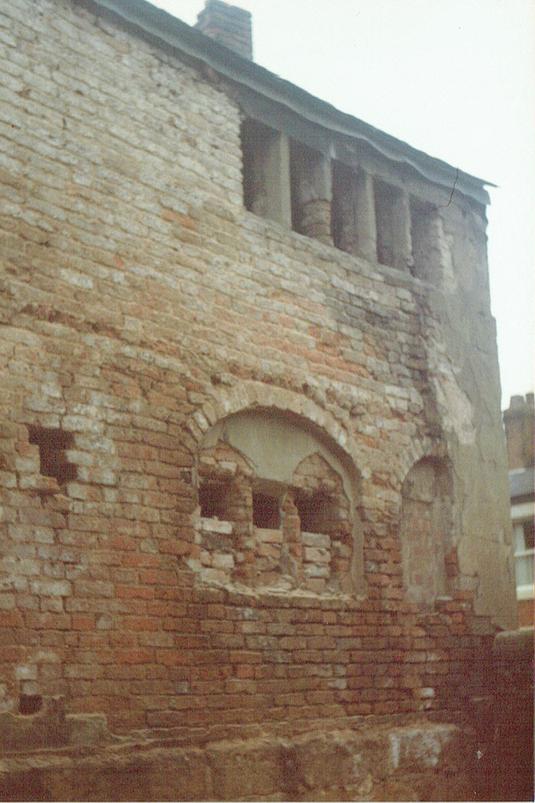 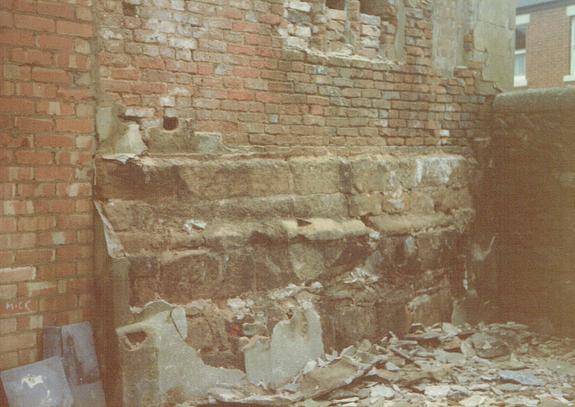 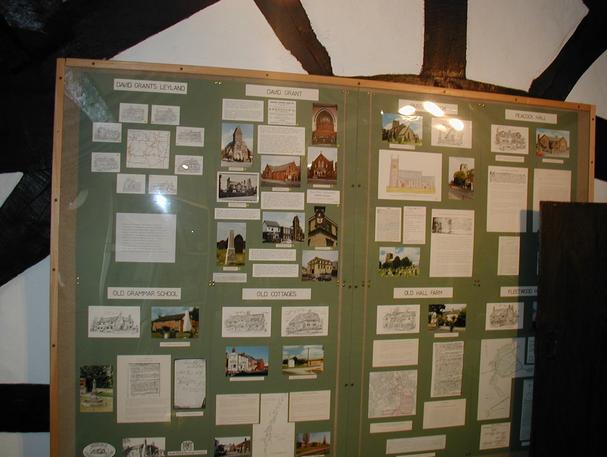 In 1972 Peter Barrow prepared a report with a detailed plan and photographs of the Old Grammar School.

Peter' Barrow's report which was obtained by devious means as Bill Waring wrote in Peter's obituary, wasn't acted on.

However, the Historical Society continued to press for this listed building to be saved for the town. 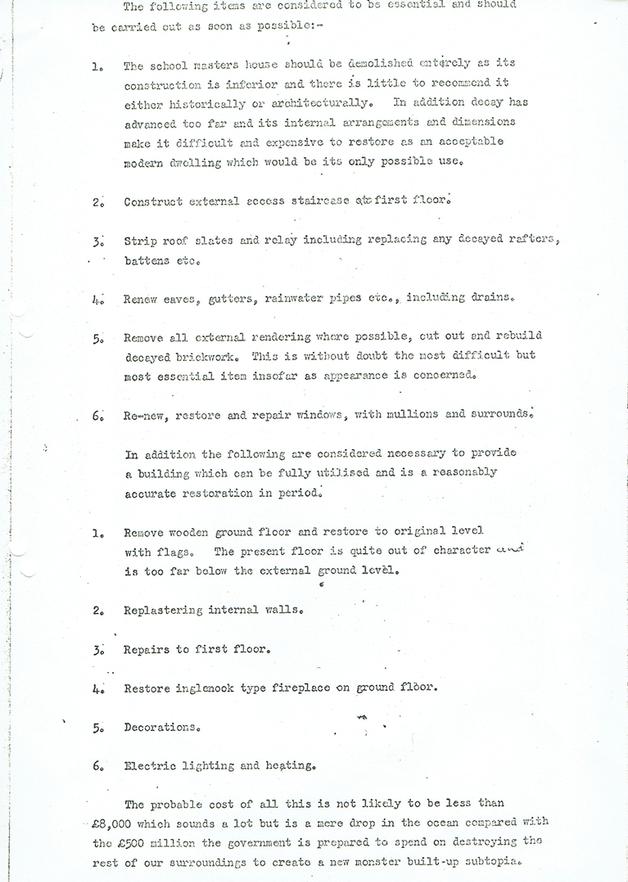 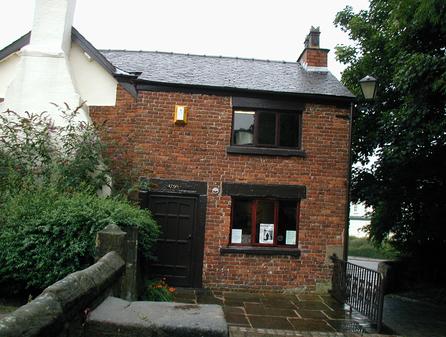 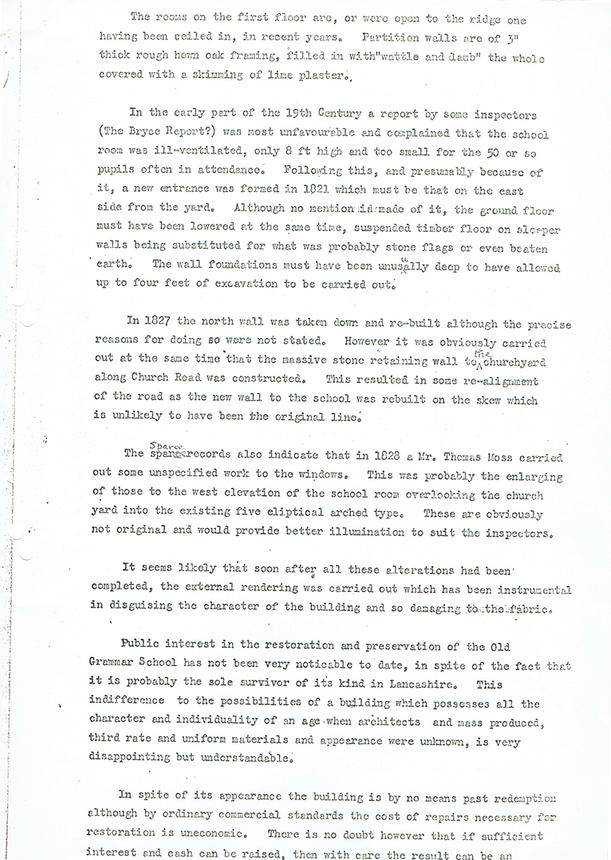 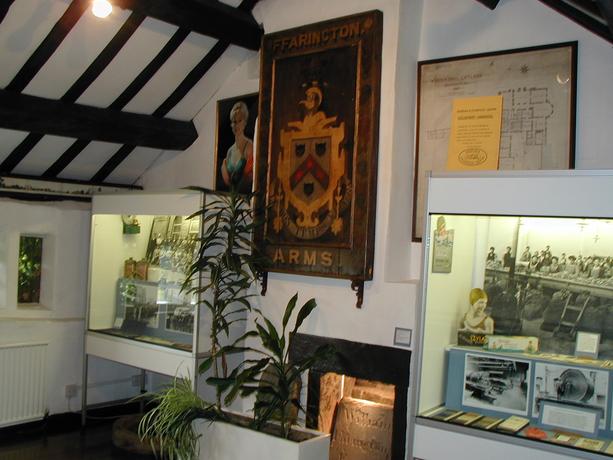