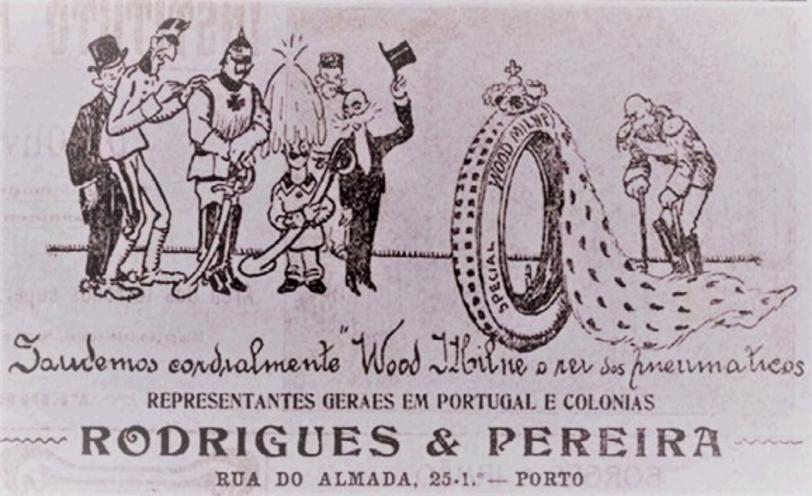 As a curiosity, I’m also sharing with you a publicity I found from my hometown, Porto, dated February 1916, advertising “Wood-Milne – the king of the pneumatics” showing a caricature of the politicians of the time, as political criticism was very outspoken then in line with a very young, poor and chaotic republic. One month later Portugal enters World War One.

I then got another email.

I apologize for bothering you again. I've had some interesting replies from Rueil-Malmeison regarding the French counterpart of Wood-Milne. I'm attaching the most relevant.

There is a reference to its first director being an Englishman Edmund Drane Skepper (1899-1962). However I'm a bit confused by the statement that Wood-Milne was an American brand. Do you think possibly the Mr. Milne you refer was an American?

As you say, it was not until 1924 that American capital came into scene in Leyland, or was it possibly already American owned? Thank you again for your time.

The following two items were attached

Having translated the relevant page of this French Industrial History book, note that Wood Milne is mentioned on the cover, the book states that -

The creation of this American brand of accessories for shoes, including heels rotating and fixed rubber and soles, dates back to the end of the 19th century. It made famous in France, as early as the 1900s, by the quality of its products and its advertising campaigns.

From the interwar period, Wood-Milne is already world famous for its manufactures of soles and heels interesting shoe, from the first equipment to the repair by the shoemakers. 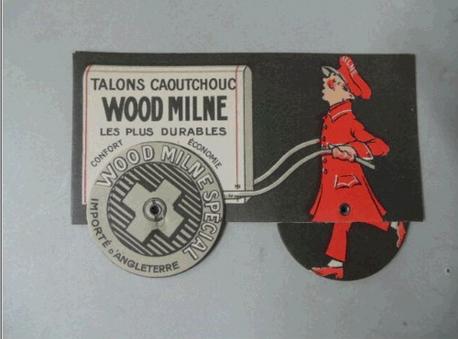 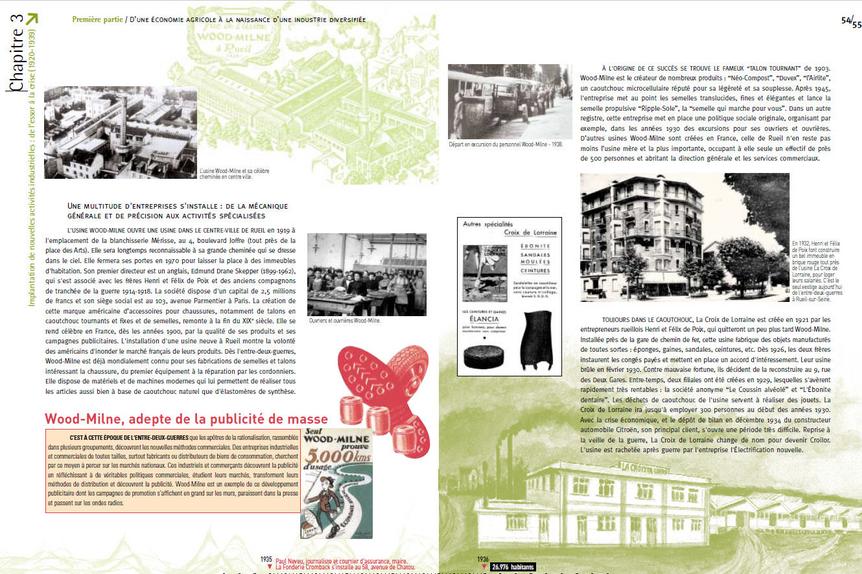 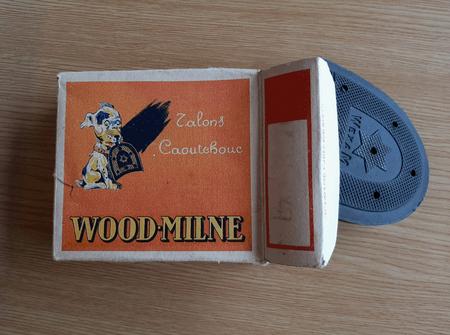 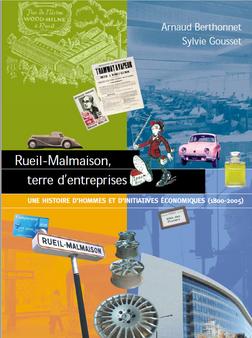 From a latter period, 20’s 30’s, I have a box of French heels with a different design now.

As you can imagine I didn’t hesitate to reply to Luisa with the following; I am afraid that the information contained in the French document is incorrect. I have researched both the Wood and Milnes families who lived in Burnley, Lancashire, England and Huddersfield, West Yorkshire respectively. Whilst we know both were born in England, both had died by 1907, Milnes in England and Wood in South Africa, I am just writing up their life stories.

I still think that the French company was like an early franchise from the British firm to produce heels for the French market and then diversified into other products.  Another reason I believe is that the British company were very strict with numerous court cases around the world for anyone who produced heels without authority. The American only became involved from 1924 to 1934, so perhaps the patents went over to the Americans then.

I can’t find any connection between Mr Skepper and the British firm. When I get round to finishing the article about Mr Milnes, Mr Wood and the two Mr Roberts I will let you have a copy. I’m attaching an advert from Australia in 1904 and part of the original patent in 1890. If you find anything else please let me know.

Thank you again for your precious details, I look forward to the copy of your work. I have not had yet any new feed-back from my part but will definitely keep you posted.

That last response arrived on the 15th February

You have just read part seven of the story, parts one to six will be here on Monday as this part of the website will be launched at our Historical Zoom Meeting.

Well it is all down to an email I received from Luisa Sousa from Porto, Portugal where she works for Wood Milne, her query was;

I visited with great interest the Leyland Historical Society web page, in particular the 'Story of the Leyland & Birmingham Rubber Company Limited'. The company I manage is the present owner of the brand WOOD-MILNE devoted to rubber sheets.

The brand comes originally from a French company founded in 1902. I naturally associated it to the British company referred in your page, dating back to the first decade of last century, but unfortunately I have not been able to establish any relationship between the two or if indeed there was any. Nonetheless, in the first decades of the 20th century, the French company's publicity reads "fait en Angleterre", which has led me to believe there was a real possibility both were connected at least then, and this would be something worth exploring.

My motivations are of course to preserve as much of this legacy, and as accurately, as possible.
I wonder if you could advise me on how to proceed in order to find out more, as I don't really have any expertise in the field, I'm basically a curious person. I thank you kindly for all the time you devote to my request.

I replied “I’m afraid our website is slightly out of date as we have now discovered the origins of the Wood Milne name which go back to 1890. This is when a Mr Milnes patented a new form of revolving rubber heel design. In 1896 Mr Wood became involved and with permission from Mr Milnes improved on this design and it became known as the Wood Milne heel.

This was then licensed by Peter Edward Roberts and his Revolving Heel Company of Preston and agreements were made with companies all over the world to use these patents under license. When Peter Roberts retired he passed the company onto his son, Thomas Roberts who with his partner Samuel Whitehead had started a rubber firm in Leyland in 1905.

In 1907 therefore they changed the name of the company to Wood Milne which until then had only been used as a trading name. Wood Milne then remained independent until 1924 when it became a British subsidiary of the American firm BF Goodrich for ten years before becoming British Tyre and Rubber (BTR) and wholly British again. I hope that helps and if you have records relating to Mr Roberts we would be most interested to see them.

Thank you so much for your knowledgeable account of the origins of Wood-Milne. It is really interesting and helpful. I’m looking also at the patrimony in France, I’d be glad to inform you. ​So far I’ve established that the French homonym factory was built in 1919 in Rueil Malmaison. So at least between 1902 and 1919 the heels they sold must have been imported from England as this publicity shows, suggesting as well the ‘revolving heel’ concept.