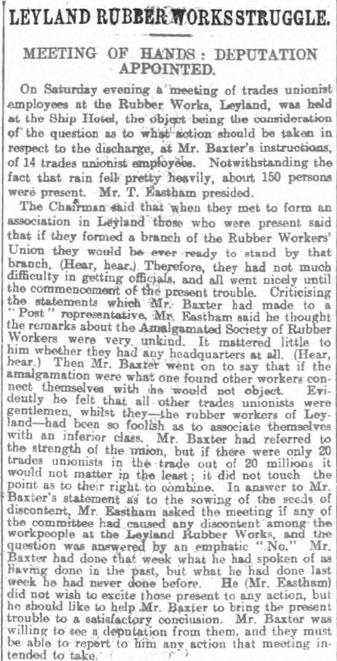 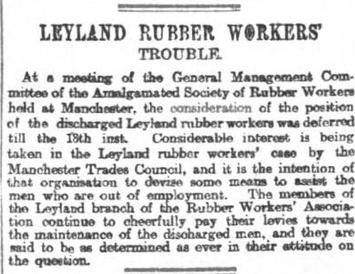 The chief management of the Leyland and Birmingham Rubber Co. at present devolves upon Mr. Whitehead, a member of the board. This, however, is only for the time being, during the somewhat prolonged tour which Mr. J. E. Baxter is taking in South Africa.

The annual report of the Leyland and Birmingham Rubber Co., Limited, is satisfactory reading, the dividend being 8% per cent, against 7% and 6% per cent, respectively for the two preceding years. Being situated in a country district and with ample land of their own for extensions, the company are in a more favorable position for extensions than are a good many of its competitors whose premises are in confined town areas. When referring to advantages which the company enjoy, an important factor in the person of Mr. J. E. Baxter must not be overlooked, his long association with the trade having been marked by uniformity in success.

The other company that joined with Leyland Rubber and Birmingham Rubber but didn’t make the title. Established 1884 at 24,26,28 Duke Street, Aldgate, London. Became a limited company on 5th February 1896 with works at Millwall, also acquired the business and machinery  of Wm Blakley of Greenwich.. 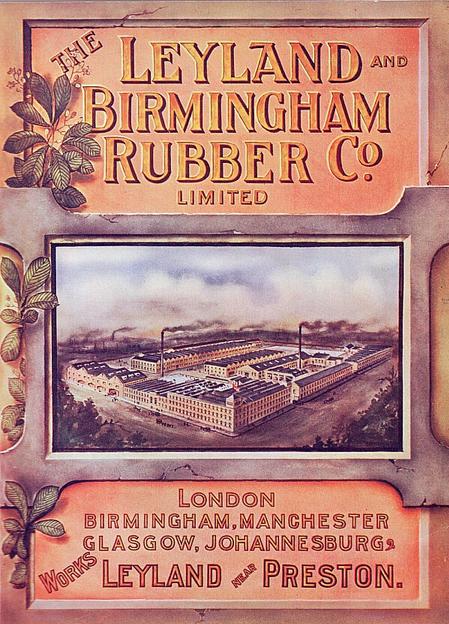 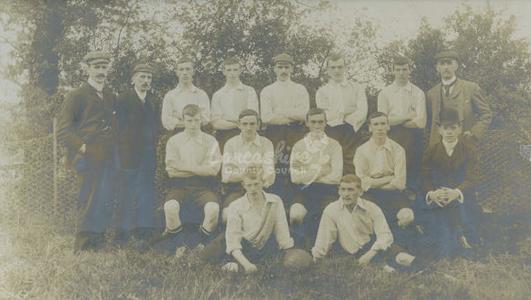 A week later since the first article there is now a Saturday evening meeting at the Ship Hotel.  They agree to send a deputation to Mr Baxter to discuss the matter further. 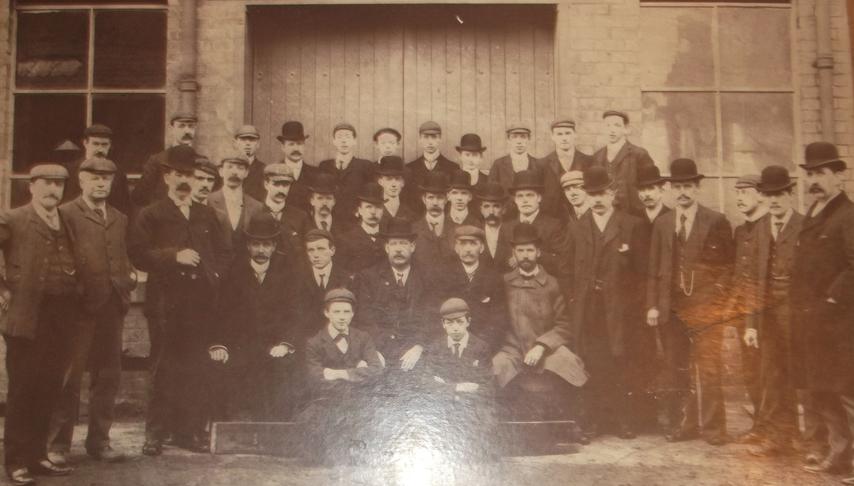 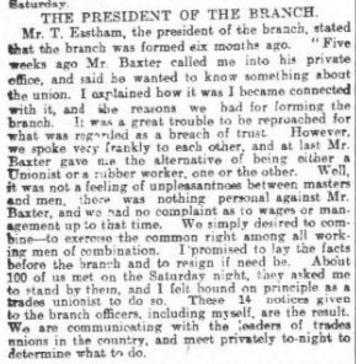 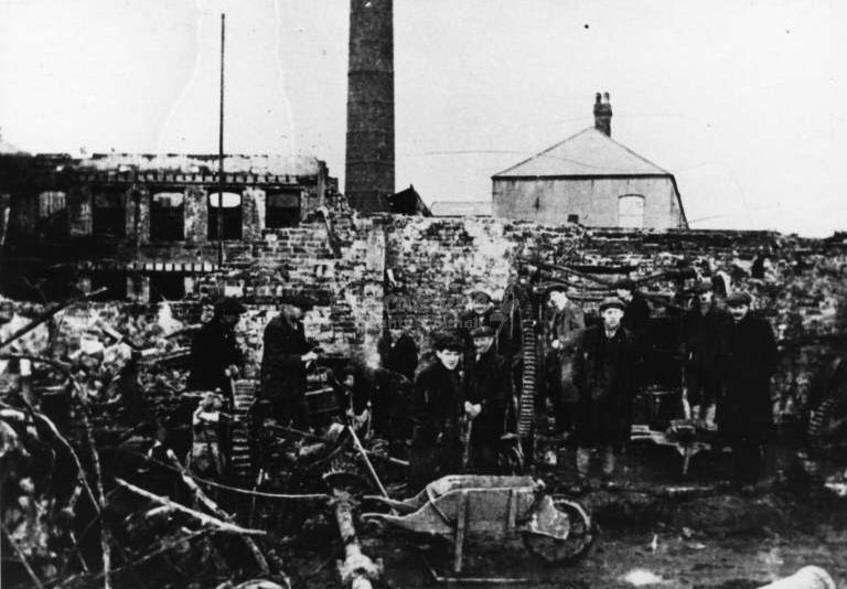 3. Manchester
James Quin & Co had kept an office at York Street and Spring Gardens, Manchester since 1873. It is mentioned in the deeds with the property at 31 Avenham Street, Preston (now Angelo's)

In 1918 the Leyland and Birmingham Rubber Company formed the South African Rubber Manufacturing Company Ltd (Sarmcol) to supply the market with automotive and industrial rubber products. In 1919 Sarmcol opened manufacturing facilities in Howick in the Natal Midlands initially to manufacture automotive and industrial rubber products and later, conveyor belting and rubber hose products.

However, it would eventually change its name to match its Managing Director, J E Baxter. 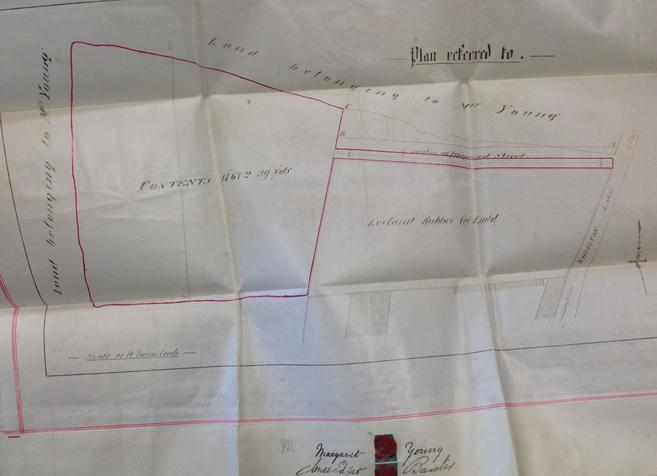 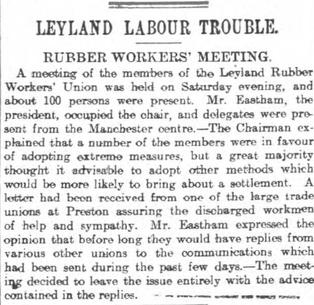 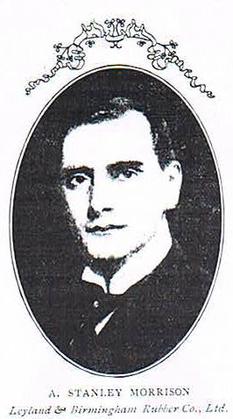 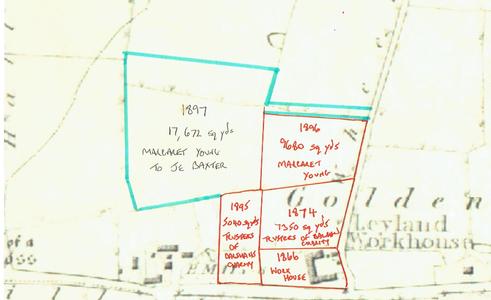 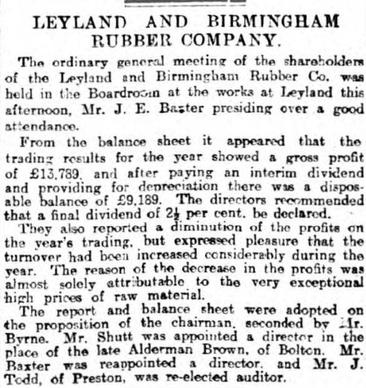 The Leyland & Birmingham Football Team from 1900. 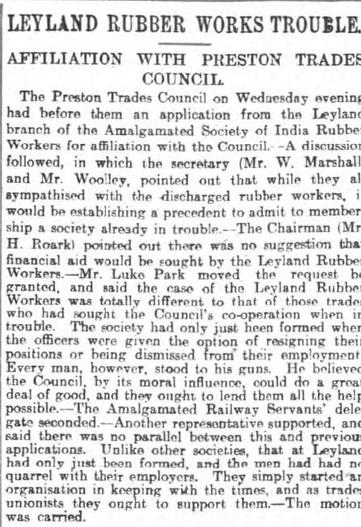 2. "That the said Liquidator be and he is hereby authorized to consent to the registration of the said new Company, to be named ' The Leyland and Birmingham Rubber Company, Limited ' with a Memorandum and Articles of Association which have already been prepared with the privacy and approval of the Directors of this Company.

3. "That the draft agreement submitted to this Meeting, and expressed to be made between this Company and its Liquidator of the one part, and the Leyland and Birmingham Rubber Company Limited of the other part be and the same is hereby approved, and that the said Liquidator be and he is hereby authorized and directed, pursuant to section 161 of the Companies Act, 1862, to enter into an agreement with such new Company when incorporated in the terms of the said draft, and to carry the same into effect, with such (if any) modification as he may think expedient" 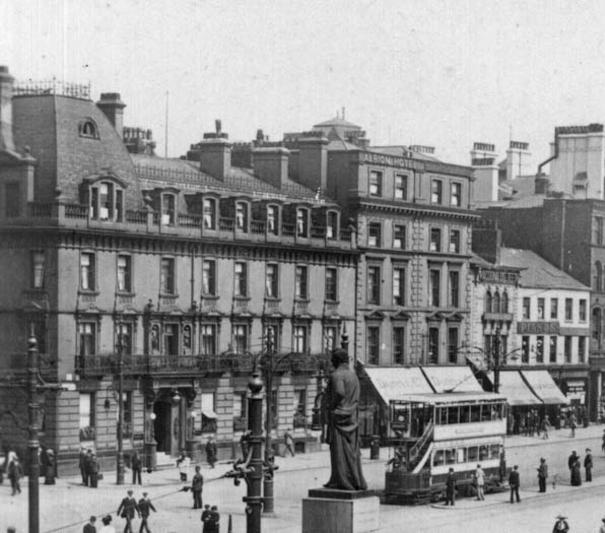 James Edgar Baxter, whilst still the Managing Director of the new Leyland & Birmingham Rubber Company bought a plot of land of 18,672 sq. yds from Margaret Young on 20th April 1897 in his own name for £1400 8s.

Note that the land had a strip that allowed access onto Wheelton Lane. This would be transferred to the L & B by Mr Baxter’s executors after his death on 15th May 1916.

AT an Extraordinary General Meeting of the Leyland Rubber Company, Limited, duly convened, and .held at the Albion Hotel, Piccadilly, in the city of Manchester, on the 29th day of April, 1898, the following Special Resolutions were duly passed and at a 'Subsequent Extraordinary General Meeting of the said :Company, also duly convened, and held at the same place on the 16th day of May, 1898, the following Special Resolutions were duly confirmed — "That it is expedient to effect a sale of  the undertaking and business of  the Company to new Company, to be formed and named 'The Leyland and Birmingham Rubber Company Limited,' and that, with a view thereto, this Company be wound up voluntarily, and that John Cook Forrester, of Bolton, in the county of Lancaster, Chartered Accountant, be, and he is hereby appointed Liquidator for the purposes of such winding up. 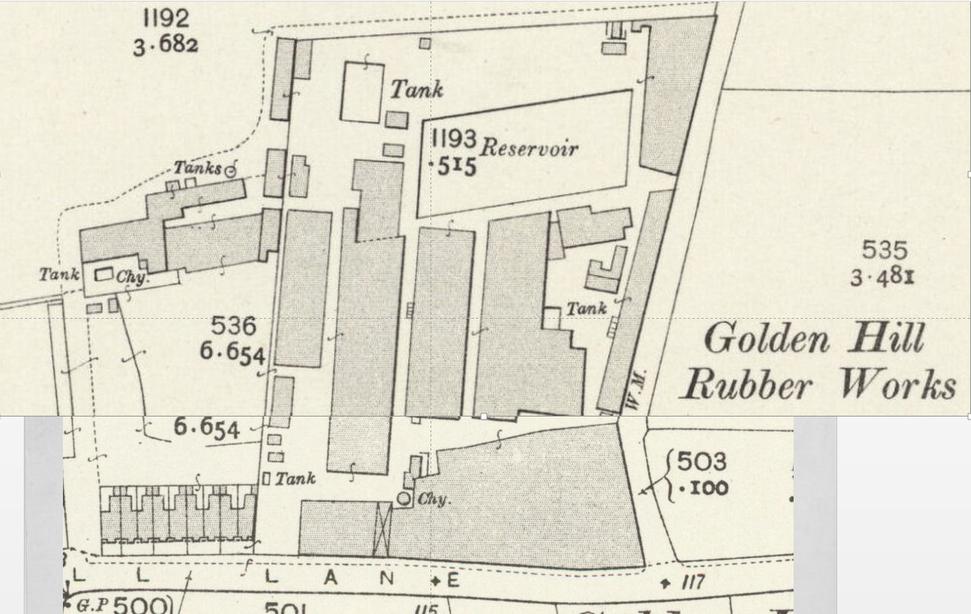 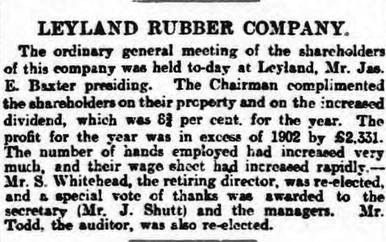 While the accounts at the AGM showed a healthy profit of £28,892, the Managing Directors response to a request for the Amalgamated Society of Rubber Workers ( a union) to be allowed in the factory was to dismiss the elected members – 30th September 1901 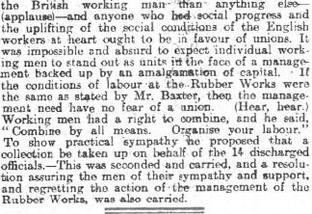 The dispute involving 14 dismissed employees was still ongoing. The Rev Wilson Stuart was quoted as saying “He would like to express his utter contempt for the management of the Leyland Rubber Works. He thought when he came to Leyland that he was coming to a fairly up-to-date place but found upon his arrival that it contained some people with regular antediluvian principles”.

This was established in 1862 by James Frederick Kirby of 106-107 New Street as a gutta percha goods dealer and in 1867-8 India rubber maker. Ten years later in 1872 it had become the Birmingham Rubber Company. Looking at the site today in the central shopping area of Birmingham, it would seem that the work was transferred up to Leyland, the Birmingham site remaining as a shop. 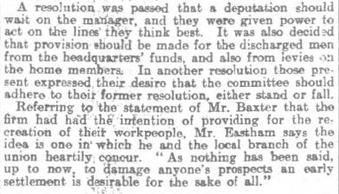 India Rubber World – May 1902
Probably in none of our rubber works has so much activity in the way of extensions been apparent in recent years as in the case of the Leyland and Birmingham Rubber Cos., Limited. In an important respect this company is more fortunately situated than are the great majority of others engaged in the manufacture; I refer to the isolated position in which the works stand and the easy terms on which additional ground space can be acquired for extensions.

This is due to the foresight of Mr. Baxter, who now finds himself in a good position, not only for obtaining the necessary land, but also in having at disposal an unlimited water supply at a nominal cost, if indeed at any cost at all. The main idea on which the extensions have been carried out is to have one story buildings, so as to avoid the labor and delay incidental to stairs or lifts in the moving of goods from one department to another during manufacture.

One of the new buildings certainly is a two storied one, but this is the exception and not the rule. A great feature at the Leyland works is the extensive application of electricity as a motive power for light work; motors are to be found scattered about the buildings to be put in use as occasion requires. In the garment department all the sewing machines are run by this agency, an instance where it is particularly appropriate.

Needless to say, where there is power there is also light, the incandescent lamp being a prominent feature of the workrooms. Not that artificial light is needed in these works to anything like the extent that it has to be resorted to in the dingy town surroundings of many of our rubber works, and this is a circumstance for which the Leyland and similarly situated works have cause to be thankful.

In connection with power the capabilities of the large gas engine have been recognized by the management, and it may be taken for granted that the potentialities of Mond gas will not be lost sight of, its undoubted assistance in keeping down the coal bill. With regard to rubber works, the use of Mond gas will depend largely upon the fact of the works being situated in the proposed areas of supply or not.

This is the extent of the factory in 1898 taken from the Ordnance Survey map of 1909. However, note the wall that extends from the side of the 1905 houses northwards.

To the east of the wall is the premises of the L & B, to the west is Dialene Limited or J E Baxter & Co Limited as it would later become known.

And that’s the last word on the dispute, Unions were eventually allowed into the factory.

Therefore the first directors meeting of the new company was at the same venue on 25th May 1898. At this meeting they confirmed that the Managing Director would continue to be Mr J E Baxter, with a salary according to the Board Minutes of £1,000 per Annum (Current value (2016) £90873.56).

The next meeting would be held in the registered office of the company at Leyland on 8th June.

However, a letter dated 29th July 1898 confirms his resignation from the Board and intention to leave the Company. This is confirmed in a further letter on 16th September 1898 when details of his salary and shares where confirmed. But whilst he would soon be back in charge, the previous year he had already set the wheels in motion for his new company.

From the Company deeds there is an Abstract of Title dated 1898 complied by John Clark Forrester acting as Liquidator of Leyland Rubber Company.

The document dated 14th December 1898 is a combined Conveyance and Assignment from Leyland Rubber Company and JC Forrester to the Leyland & Birmingham Rubber Company.

Note the 1920 advert mentions London, Birmingham, Manchester, Glasgow, Johannesburg and Leyland. So where did they all come from…