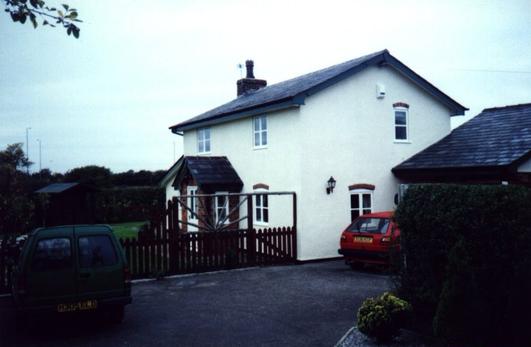 We now head back north passing the following sites on the left before we turn left into Heald House Road.

The Entrance to Back Lane

Though this now looks like a field entrance, it was once one of the main thoroughfares of Leyland through Worden Park to Leyland Lane, the road being closed with the construction of the motorway in 1962.

The tree line in the distance marks the route of the M6 Motorway, while the group of trees masks the Motorway Bridge over the railway. This is on the site of Rose Whittle's railway bridge when Back Lane used to go over the railway.

During the slack period between 1945 and the Korean War, ROF Chorley manufactured the concrete components for Airey two-storey pre-fabricated concrete houses. They also manufactured concrete railway sleepers and clothing. Until the mid-1990s, in the interests of security, Ordnance Survey maps omitted the ROF sites and showed the location as it existed before the ROF's construction.

In the early 1990s a long term strategy was drawn up for the whole site; which involved the decommissioning and decontamination of a significant proportion of the explosives area of the site and its disposal for other uses: mostly housing. About 400 acres were declared surplus; and the buildings were cleaned of explosives by burning them. Some explosives work was carried out on part of the retained site, but this too closed in 2007.

Much of this site was total cleared of buildings and the major part was used to build Buckshaw Village. Some of the land was also developed for light industrial use. The former Main Administration Office building was converted to form part of Runshaw College. Central Road still exists although the bridge deck has been replaced and the road has been upgraded; it is now known as Central Avenue.. 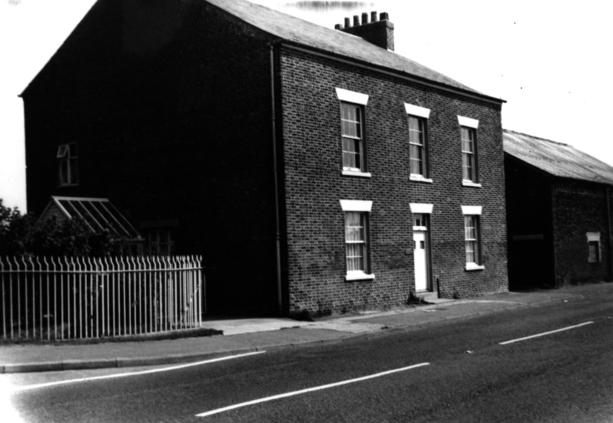 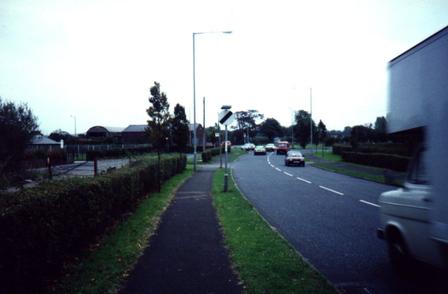 This road being a short connection between Wigan Road at the New Inn road junction and Bent Lane and Church Road does not have many properties on its route, the only property of note being Heald House being featured on the 1844 Map.

The present road, however, does not follow the original route having being totally rebuilt in the early 1960's when the M6 Motorway was built. The road having previously made a crossroads with Wigan Road and Dawson Lane at one end and a " T " junction with Church Road and Bent Lane at the other.

This was the Wigan and Preston (North of the Yarrow) Trust (Lower Road) turnpike now known as the A49, the higher road being the A6 route from Chorley to Bamber Bridge. This road from Wigan to Preston was known, through the journals of many early travellers along the old turnpike roads, as one of the worst stretches of road in the country.

The 1844 Map shows the New Inn Farm with Rose Whittle's Inn and adjacent bowling green at the junction with Back Lane. To the north, the only building between New Inn Farm and Moss Lane was Lancaster House at the bottom of Lancaster Lane. By the time of the 1896 Survey, Holland’s Farm and the adjoining Holland’s Cottage had been built.

The New Inn Farm, a fine three-storey eighteenth century house at the junction of Heald House Road, Dawson Lane and Wigan Road, was built to replace Rose Whittles public house. Although called New Inn, it has not been established if it ever sold any beer. It was demolished when the R.O.F. was being built prior to the Second World War.

Whereas the present junction was staggered, the original crossroads with Wigan Road and Dawson Lane can still be defined to the left of the present road, though the new road junction with traffic lights recreated the original.

Where Heald House Road meets Church Road and Bent Lane on " The Inner Walk “, the walk continues down Church Road and thence into Langdale Road by taking the first turning on the left. . 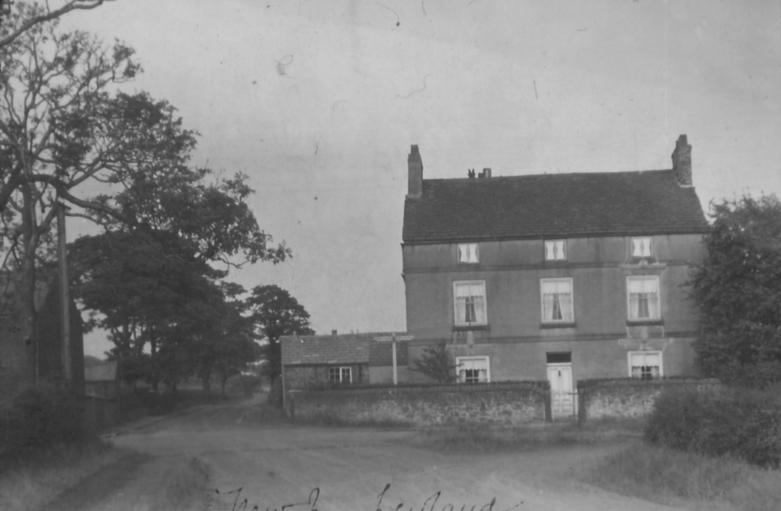 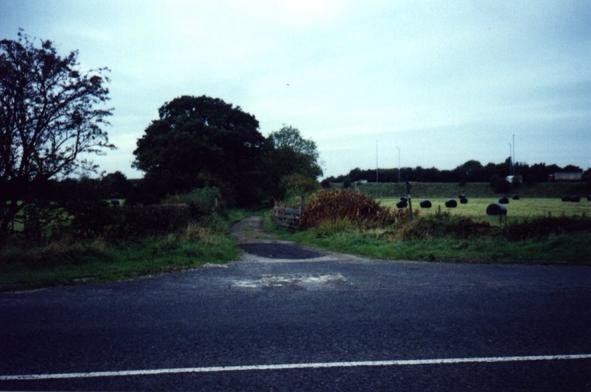 Heald House was built in the reign of Queen Anne, the last of the Stuarts, when the stagecoach was still the main mode of transport. The House, a farm and cottage were for a long time the only properties on this road, replacing the previous house on the site. It would seem that the house gets its name from William Heald, who was a member of a very well-to-do yeoman family in Leyland whose name appears regularly in rentals and surveys in the 16th and 17th Century.

Over the porch there is the inscription " S.A.M. 1706 “, the S appears on top of the other two, then follows the date. This stands for Andrew and Mary Stone for whom the house was originally built. Mary Stone was a member of the Armetriding family of Euxton. The woodwork in the house was timber from broken up ships and contained a beautiful oak staircase. There is oak panelling in carved oak, one, which shows the letters " P.M 1703 ".

In the mid 19th Century, the house was used as a girl’s school. It was in charge of a Miss Newton, who lived in her retirement at " The Elms " in Church Road. Many of the girls were boarders who came to the school by trap from the railway station, many having travelled from Preston or Wigan.

In the early part of this century, the house was occupied by George Gregson, who rebuilt the house with a double storey of bay windows. Mr Gregson was land agent for the Derby estate for 35 years. His daughter, Miss Gregson, was a generous donor to the Old Age Pensioners Association, with donations to the pensioners hut and the gift of Prospect House. 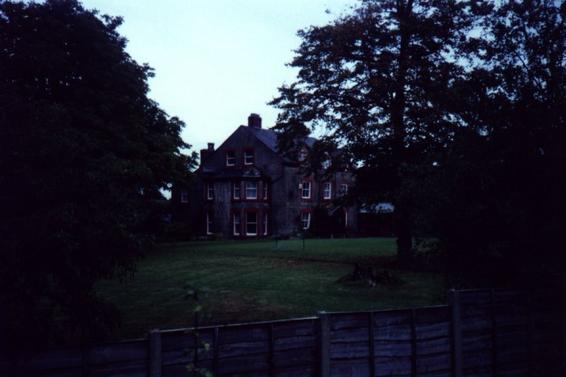 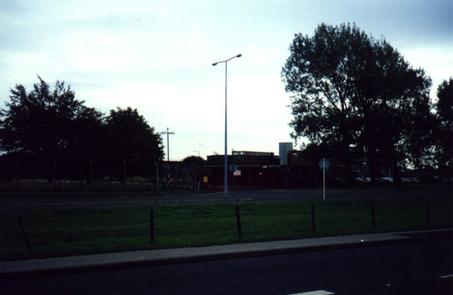 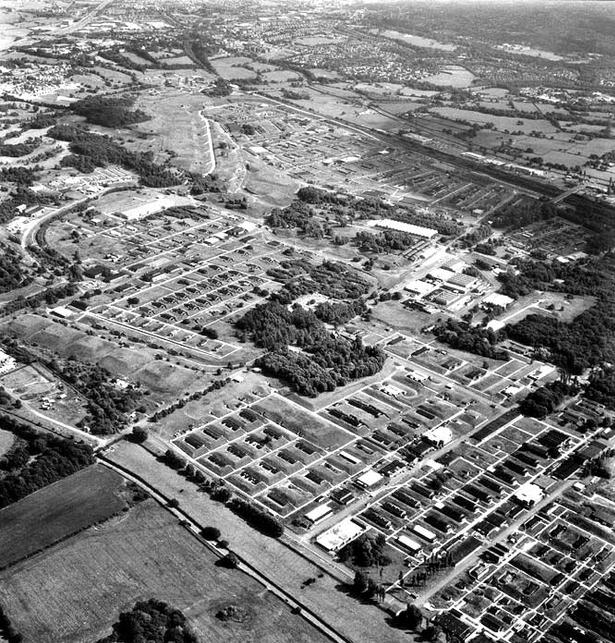 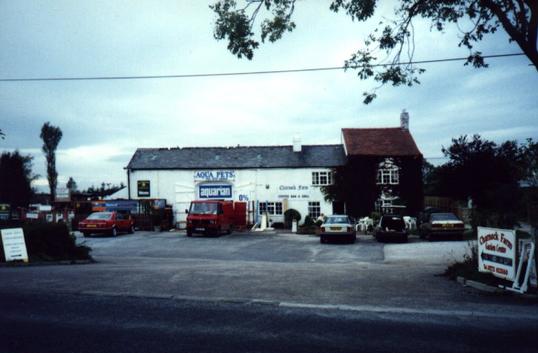 It was felt to be especially vulnerable to bombing from the air. As a result the Ministry of Supply built a number of Royal Ordnance Factories and satellite factories. ROF Chorley and ROF Bridgend were the two largest filling factories. It was built adjacent to the village of Euxton and opened in 1938 by Gracie Fields, but was known as ROF Chorley.

Safety considerations were paramount. The design, style and spacing of individual production buildings meant that they were separated by wide open spaces, or depending on the application approximately 20 feet high grassed embankments and extremely thick reinforced concrete walls and overbridges called traverses. The purpose of the traverse was to deflect any explosion skyward rather than outward to any adjacent buildings or structures. The site was built with extensive underground magazines, comprehensive lightning protection and individual buildings linked by paths, roads and railways.

This inn was situated on the Preston to Wigan road opposite the end of Back Lane, being featured on the 1848 Map with a bowling green. The A49 was one of the main stage coach routes in the area, this wayside inn probably providing a much needed relief following a day on one of the worst stretches of road in the country before the advent of the turnpike. The name of the inn is said to be taken from a former landlady by the name of Rose Whittle, though research has resulted in the discovery that the inn was known by the Sign of the Rose, it is therefore unclear whether the inn was named after the lady or vice versa.

While research traced the will of William Whittle who resided at this address in 1732, there is no documentary evidence relating to Rose Whittle at this address. However, an entry in the registers of Leyland Parish Church shows the marriage of Henry Okenshaw of Euxton and a Rose Whittle of Leyland on August 24th 1708.

It would appear that the Inn was entirely demolished and rebuilt in the latter part of the 18th Century, the older buildings were probably outdated and cramped timber framed buildings of the tudor period or even medieval hovels. The later building which occupied this site had a 45 feet frontage together with an outbuilding, later being divided into flats before being demolished in October 1983.

The 928 acre site, which was built between Euxton and Leyland, had a 9 mile perimeter fence which until privatisation was guarded by was to become the MOD Police Force. After privatisation they were replaced by private security guards. The railway from Euxton Junction to Chorley cut the ROF site into two areas. The smaller area was the Administration site which lay between the railway and Euxton Lane. The factory's main Administration office was located here. It also contained test laboratories, a Medical Centre, the MOD Police and the main canteen building. This large canteen was equipped with a stage and was used for ENSA concerts and other entertainments during war time.

The larger area of the site lay to the north of the railway line and was the main explosive or ammunition filling site. ROF Chorley had its own private railway station, ROF Halt, which was last used on 27 September 1965 when stopping passenger services were withdrawn from the line. The railway line, particularly the station, was separated from the ROF by brick boundary walls some 20 foot high along each side. Access to the site from the railway station was also by means of an over bridge. The railway station and platforms were demolished in 2002 as the former ROF site was systematically flattened for conversion into housing.

The main internal road, the Central Road, linking the two sites, crossed over the railway line by means of a steep road bridge, with footpaths on either side. This was rebuilt when the site was redeveloped. There was also a separate entrance to the explosive site known as the Leyland Gate on Wigan Road. After privatisation the road over the railway line was little used and the separate entrances were used for the two sites.

The factory employed over 1,000 production workers by the outbreak of the Second World War in September 1939. By June 1940, the numbers employed there had risen to nearly 15,000. At its war-time peak, ROF Chorley had over 28,000 employees – a staggering figure at a time when there were only around a dozen factories in the whole of Britain with a workforce each of more than 19,000 people, four of these being ROF sites. ROF Chorley was the site where the bouncing bombs, designed by Barnes Wallis and famed for the Dambusters raid were filled. 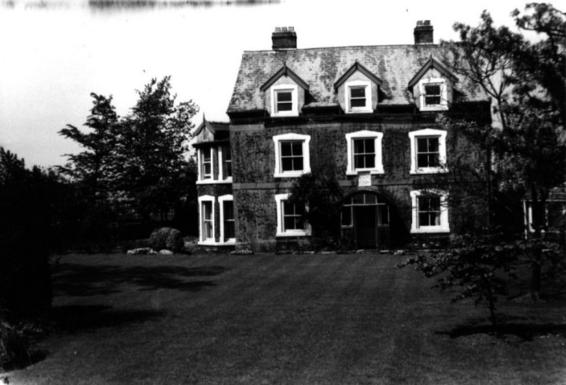 The closing of the R O F lead to the renovating of both Buckshaw Hall and Old Worden Hall back to the condition prior to all the years of neglect.

The old portion of Worden Old Hall is said to have been erected in 1509 and was about 60 feet long and 20 feet wide, being extended at a later date. The Worden estate was part of the land granted to the Knights of St. John of Jerusalem by Roger De Lacy. It was purchased by Sir Henry Farington in 1534, for William, his son by his second wife.

The land on which this property now stands can trace its ownership back to the Order of Hospitallers or Knights of St. John of Jerusalem. They received the Chief Rents from this land which had been obtained from Roger de Lacy between 1205 - 1211. In 1540, the year of the suppression of the monasteries and chantries, the land known at that time as Burscow Place was tenanted to Nicholas Blakelege at a rent of 6 pence. The rent then became payable to the Crown, eventually passing on to the Farington rentals.

The present site features the house and the adjacent barn. 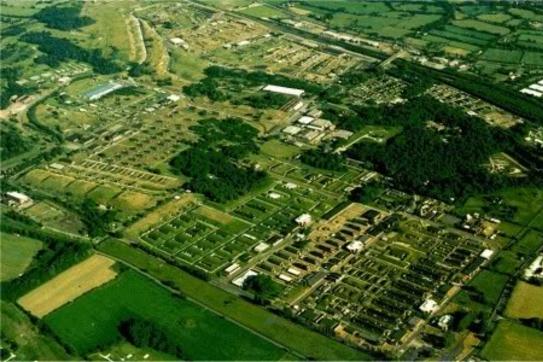 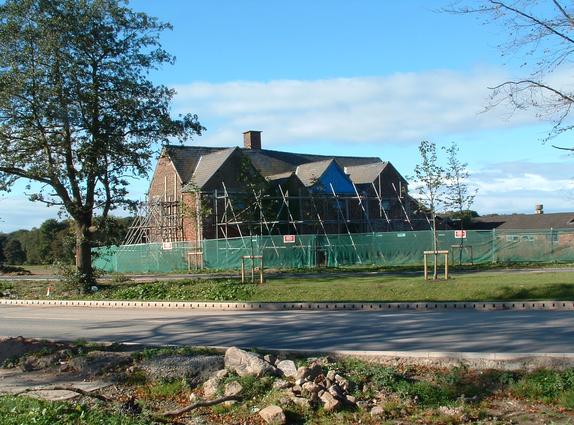 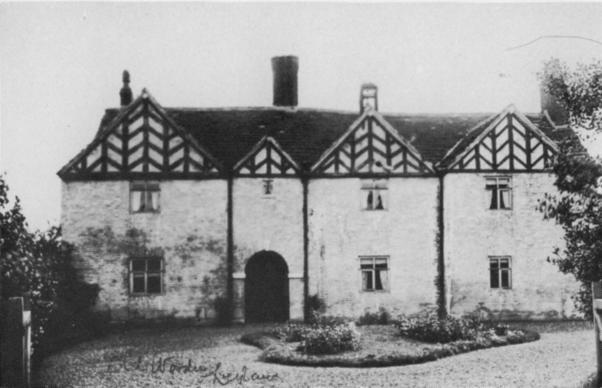