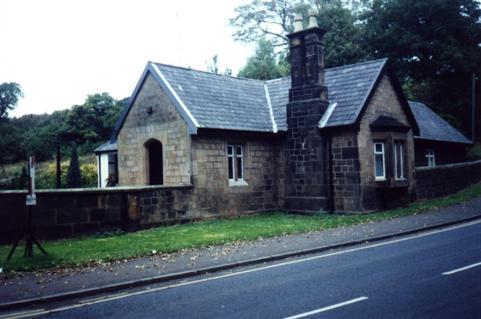 Passing Runshaw College on the left, we reach the junction with Worden Lane and take a detour left down the brow, before returning to enter Worden Park along the old course of Back Lane.

The Swiss Cottage was another of the lodges that were built at the entrances to the Worden estate. This has been much improved and extended over recent years. The gates, which this lodge guarded, were used surprisingly as the last squire’s main entrance and exit out of the estate, when he was driven by his chauffeur on his Friday excursion to Wigan.

Holt Brow marks the divide between Leyland and Euxton, now part of Chorley. The road that now has a gentle sweep up from Swiss Lodge to Langdale Road used to pass almost under the window of the lodge, there being no footpath at that time. We are able to see the narrowness and tight bends of the original brow as the Chorley side of the Shaw Brook valley has not been improved over the years except for the provision of a footpath.. 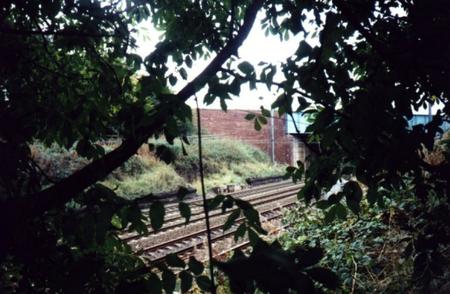 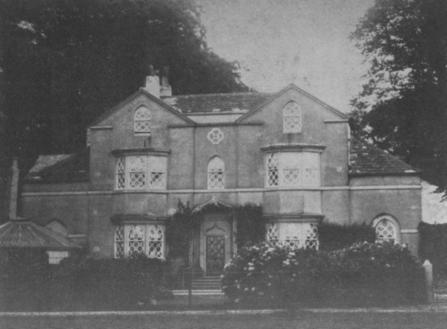 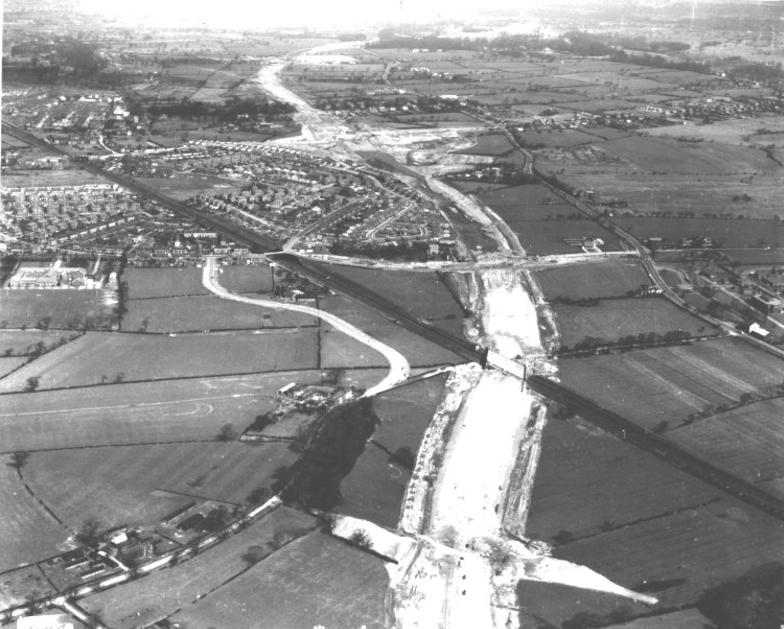 Under the M6 Motorway Bridge, is the site of the only other original railway bridge on the main line through Leyland, this being demolished in 1962 prior to motorway construction. The foundations that can be seen adjacent to the motorway bridge are the remains of the signal box that used to control the signals leading up to Euxton Junction and the siding on the west of the main lines.

In case you are wondering, the other original bridge was Bent Bridge (its story can be found on the Inner Walk) 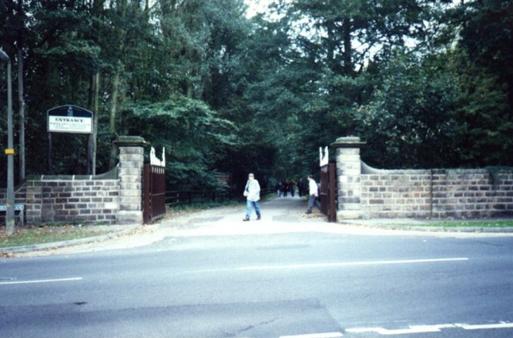 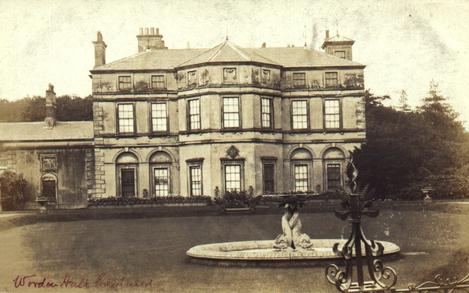 Standing well back from Langdale Road, on the part of the road, which formed part of Back Lane, this well-preserved farmhouse, a Grade II listed building, has a porch with the inscription " J.A. 1635 ". The initials on the stone stand for John Atherton. This was another of the Farington's properties, from which the Knights of St. John of Jerusalem had previously received the Chief Rents for their work in the Crusades. The land was obtained from Roger de Lacy between 1205 - 1211.

It has been suggested that this Atherton family were related to the Atherton’s of Atherton Hall in Leigh parish though it has not been possible to confirm this. The local family made a number of local alliances with the Farington's and the Claytons. Henry Nowell Farington, who succeeded to Worden in 1948, was the son of Richard Atherton Farington.

Here the old Back Lane entered the home of the Faringtons, this being the point where the road was closed on the Faringtons' orders. Worden Lane was built around the wall of the estate at the same time, to replace the road, which formerly met Back Lane at the crossroads in the centre of the estate. There used to be another lodge at these gates but this disappeared in the period between the two world wars.

Walking through the park, we pass the site of the Dower House, then reach  the old crossroads near to Worden Hall where Back Lane then becomes Hall Lane as it crosses the old line of Worden Lane which was diverted when the Faringtons enclosed the park. 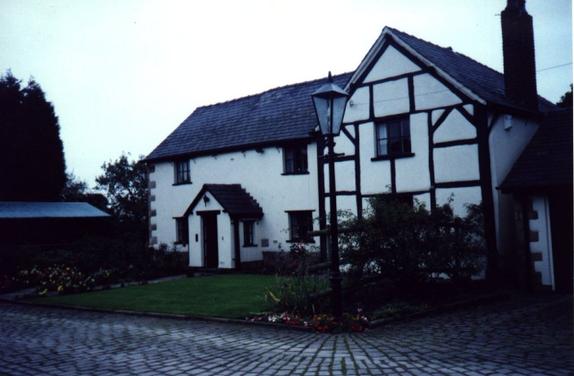 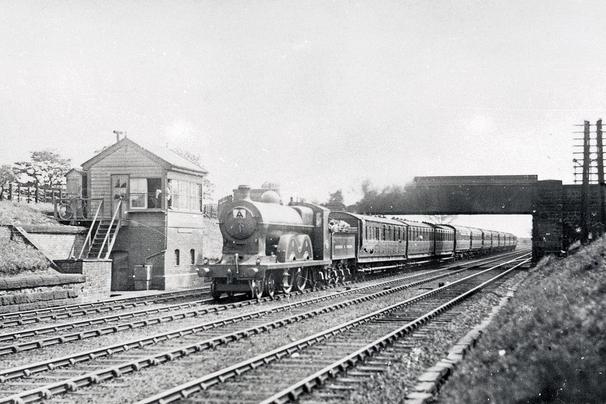 This was the principal home of the Farington family from 1715 - 1947, following their move from the old Worden Hall, now in the centre of Buckshaw village which was formally the Royal Ordnance Factory.

It has been established that a building called Shaw Hall was in the possession of, if not occupied by, the Faringtons, possibly even as early as the 13th Century. The original hall had been improved and enlarged over the years, George Farington having been responsible for the building of the Derby Wing. The hall was largely rebuilt by Anthony Salvin in 1847 for James Nowell Farington, who had inherited the family estates in 1837. The gardens were also landscaped at this time by Salvin's brother-in-law William Andrew Nesfield.

The hall was extensively damaged by fire in April 1941 and following the death of the last squire in 1947, the remaining furniture, tapestries, art treasures etc., were sold at a public sale in 1948. In November 1950, Leyland Urban District Council brought Worden Park and opened it to the public on June 18th 1951. The main part of the building was eventually demolished in the early 1960's.

Now only the oldest part of the hall, the Derby Wing, remains intact. The coffee shop and crafts shops housed in the old stable yard are also a popular visitor attraction.. 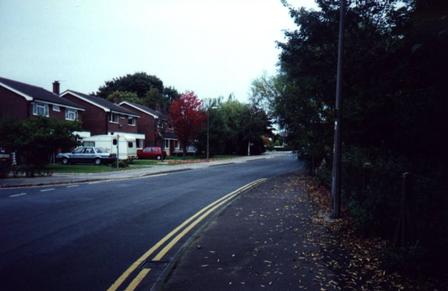 Here on the right, was Claytons, one of the three main farms that covered this area prior to the building of the Langdale estate. The others being Carters Farm which was reached by a track along the railway from Bent Bridge and Mawdesleys, a chicken farm about 100 yards further down Back Lane. These farms and Atherton Hall being the only features on the 1844 Map.

The motorway builders had to construct the section of Langdale Road from Church Road to Back Lane in order that they could demolish Rose Whittles Railway Bridge; Langdale Road then follows the course of Back Lane to its junction with Worden Lane.

Back Lane then crosses into the Worden Park estate becoming an estate road. This followed the decision of the Faringtons to close the road, which passed so close to Worden Hall. The junction with the original route of Worden Lane is in the centre of the park. The 1844 Map shows that this road was still considered by the mapmakers to be the main road, Holt Brow and Worden Lane making a staggered junction.

The route continues west past the Worden Farm Yard and Worden Hall itself, the estate road becoming Hall Lane as seen on the 1844 Map. This part of the road, now called Shawbrook Road, ends with a junction on Leyland Lane..

The walk continues west along the estate road at the side of the playing fields. This road then becomes Shaw Brook Road at the edge of Wade Hall estate before emerging onto Leyland Lane.

This road has over the years slowly disappeared from public view, the original lane predating Church Road and Heald House Road as the main east - west road.

The first part from Wigan Road to the railway becoming a field path following the construction of the M6 Motorway during 1962. The route can be picked up again in Langdale Road, where the lane meets the present road by the line of Leylandii and the new cobbled path adjacent to the last house.