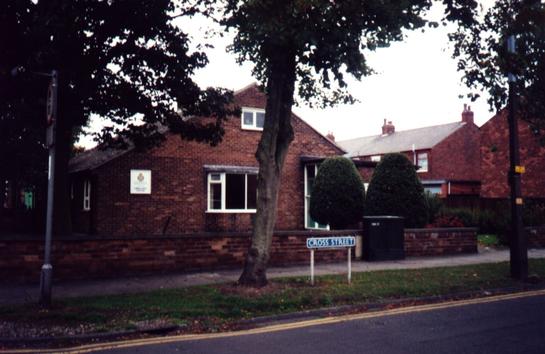 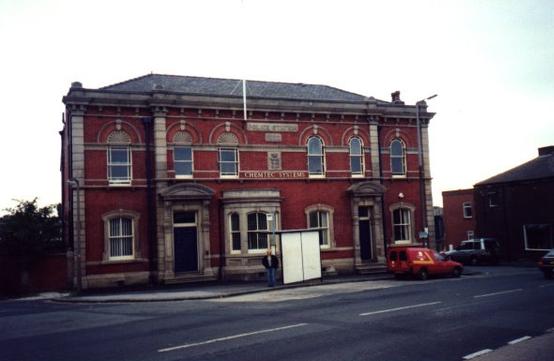 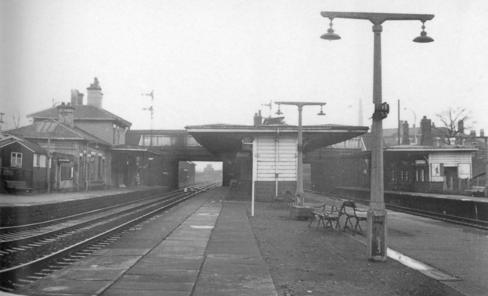 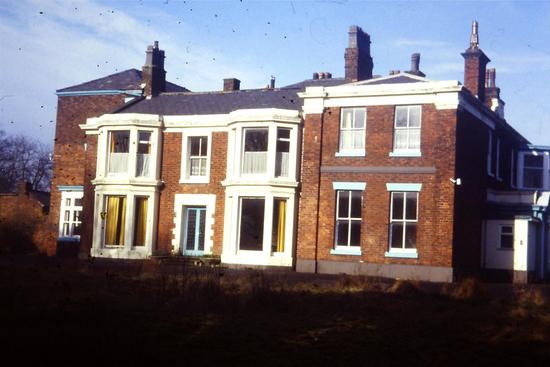 This building was built in the 1950's to replace the old ambulance station behind the public hall, which it shared with the fire station

The new police station was built in 1882 to replace the original building in Towngate. The position of the station could be taken as an indication of the trouble expected from incomers off the trains, though more probably for the convenience of the officials coming to the "Courts" and "Sessions" that were held there, the train being the only mode of transport for anyone but the locals.

The architecture of the building seemed to be a standard design with similar stations in Bamber Bridge and Croston. The street down the side of the station was named Hewitt after one of the first inspectors. Following the transfer of the police station to the new building in Lancaster Gate, the old building was renovated by the then new owners Chemtec Systems and looks as good as new.  It is now a well respective Italian restaurant.

When the Poor Clares, an order of nuns, came to Leyland during the Second World War they opened a convent in Moss Lane. The house thought to have been built around 1824, was owned over the years by many of the influential families of Lancashire.

These included Arthur Dawson according to the 1841 Census, followed by his son, William and his family. By 1871, Col. Robert Bruce, Chief Constable of Lancashire had moved in, though by 1881, Charles Denison Pedder of the 3rd Royal Militia had taken up residence. In the period 1926 to 1940, the house then known as Moss House, was occupied by the Eastwood family, the head of the family being the High Sherrif of Lancashire.

When the Poor Clares moved to Arundel, they were followed by The Sisters of Our Lady of the Mission who moved into the premises. A fine chapel was built at the convent and priests from St. Mary's said daily Mass here until the convent was closed and demolished to make way for a new housing development.

The Sisters of Our Lady were a teaching order who opened a school next door at Oaklands, which was previously the home of Mrs Janey Baxter, the widow of James Edgar Baxter, the previous chairman of the directors of the Leyland & Birmingham Rubber Company, before he set up his own company J E Baxter & Co on Tuer Street.

In 2016, the last two remaining Sisters moved out and Oakland's is presently for sale.

Retracing our steps from the Convent, we turn left into Bow Lane.

This church on a site of a former wayside cross was built in 1885 to serve the residents of the northeast part of Leyland. The architect was Mr Deacon of Liverpool and the style of architecture is adapted gothic. The church seats 450 people and cost £ 6600.

In the chancel, there is a fine stained glass window, which was erected to the memory of the Rev. Thomas Rigbye Baldwin, who was a very generous patron of the church. The tower, which is 98 feet high, was added in 1891 by the vicar in memory of his wife Elizabeth.

As both the old Police Station and the Railway Station with all its constituent parts were given much more detailed coverage on the Festival Route walk, here we have a shortened history. 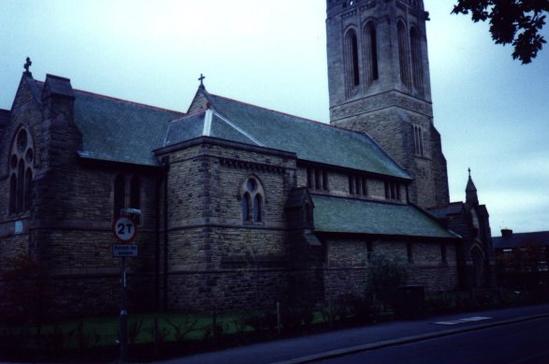 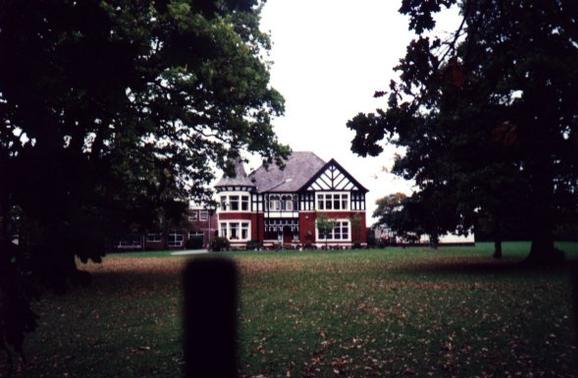 This row of railway houses was built on the original line of Moss Lane. The realignment of the railway and the construction of the railway bridge resulted in the new junction with Preston Road and Station Brow. 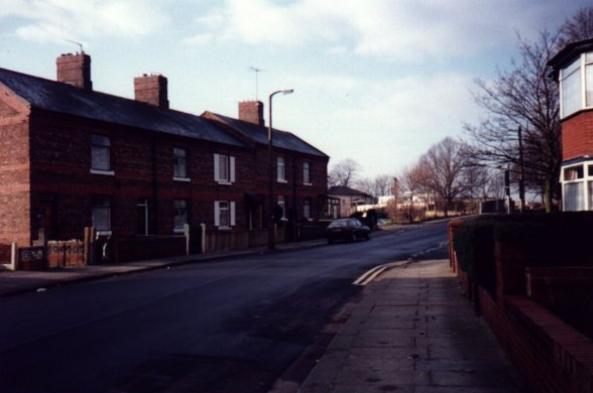 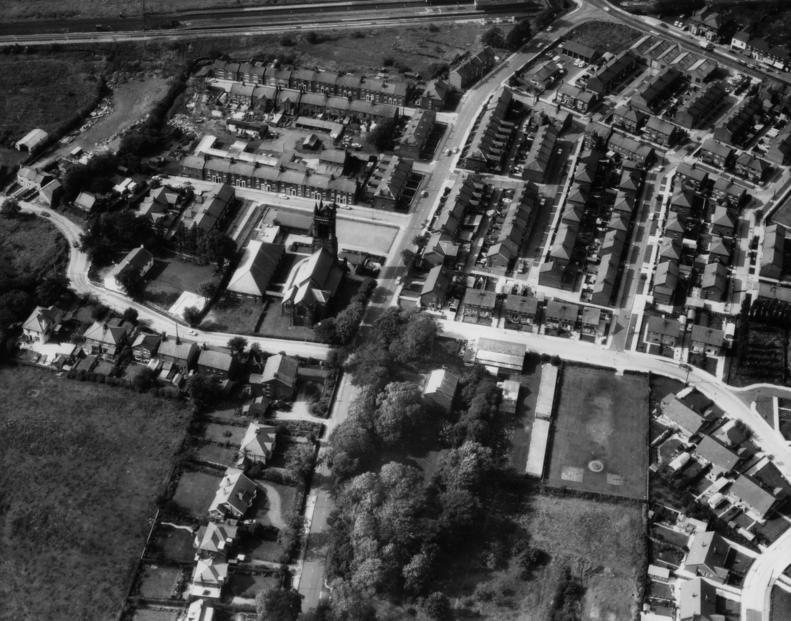 In 1838, the station was built on the south side of a level crossing where the present day platforms 1 and 2 are situated; in fact, the original stone platform can be seen from Platform 2 beneath the present Platform 1. The site of the old level crossing is where the gate on Platform 1 leads to Golden Hill.
The road system in the immediate area meant that the original line of Moss Lane and Preston Road met on the site of the island platform (Nos 2 & 3), the only buildings in the vicinity being the Station Masters house situated on Platform 1, demolished in the 1970s, and a row of cottages which were demolished when the station was reconstructed and the Station Brow was made in 1880. The original line of Golden Hill could be seen in front of the old Police Station, where the kerbstones were in line prior to the later day bus shelter and lay-by.

The reconstruction of the station in 1880 to accommodate four lines meant that the level crossing had to be replaced; the line of Moss Lane was altered to meet Preston Road at a more northerly point. The island platform was constructed with the two new lines bending both north and south of the station and bridge, a new platform being built on the Moss Lane side with a covered foot-bridge to all four platforms from the new booking office situated on the new bridge.

The booking office is typical of those provided by the LNWR from the 1870s, where a road over bridge crossed the line in the vicinity of a station, with brick lower levels and a timber upper floor, housing a booking hall reached from the road.. 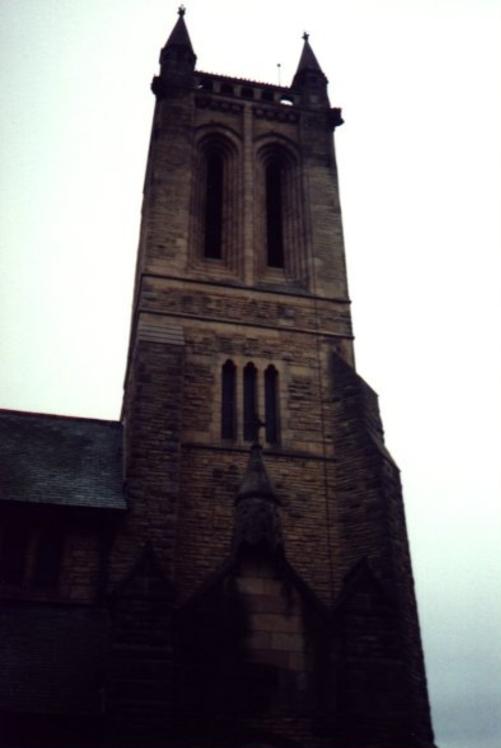 The brow at the station was constructed in the period 1878 - 1880 to enable the bridge and station to pass over the railway, a row of cottages being demolished in the process.

Moss Lane was originally a track way used by people from Clayton to cut peat on Farington Moss. The only houses on the lane according to the 1844 Map were Fir Tree Farm, Fir Tree House and Holme House. By the time of the 1896 Map, St. Ambrose Church had been built with the terraces and side streets now in position. Moss Lane was cut in half with the construction of the M6 Motorway; a footpath remains to connect the two halves.

The many large houses were built on the Chorley side of the Motorway, which is now the boundary of the borough. These houses, one of which contains a ballroom, provided homes where the industrialists of Leyland could live in comfortable surroundings whilst being close to work 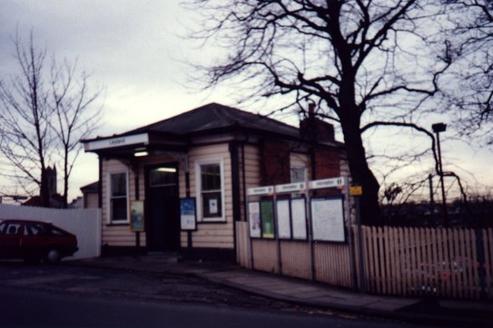