Following the opening of the Preston By-pass, a dual carriageway, in 1959 from Broughton to Bamber Bridge, the extension south to Lymm was planned and built between 1960 and 1963, being opened during the Leyland July holidays of 1963. While to the north, the new concrete motorway was being constructed towards Lancaster and the then end of the road, just north of Carnforth.

The site of Junction 28 was moved by the influence of Leyland Motors from being adjacent to Dawbers Lane in Euxton to its present position on the B5256, one of the few motorway junctions to exit onto a " B " road. The restrictive area of the junction especially to the north resulting in the tight bends on and off the southbound carriageway of the motorway.

At the junction of Leyland Way with Wigan Road, the walk makes its final right turn and heads south along Wigan Road back to the New Inn junction.

The brick and tile kiln near New Inn was owned by Henry Holland; being a former Farington owned property.

The adjoining land and buildings becoming the basis of the Leyland Golf Club which has increased in size over the years becoming a 18 hole course when the Dawson Lane sandpit later a rubbish dump was reclaimed and the land reused. 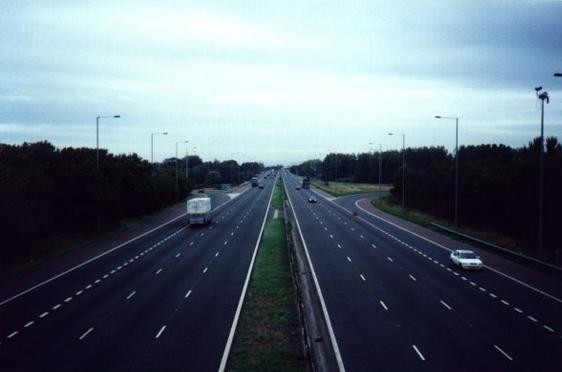 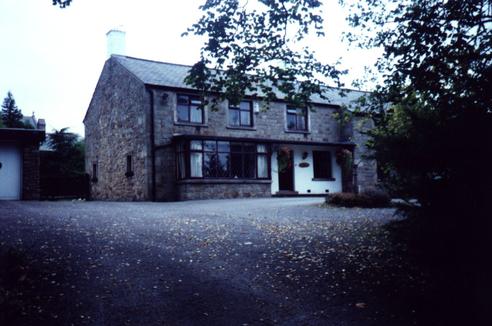 This milestone was erected by the Wigan and Preston (North of the Yarrow) Trust (Lower Road) turnpike trust. It states " To Wigan 11 Miles ", with " To Preston 6 Miles " on the reverse. The arrow pointing up between the two faces denotes that this is also a triangulation point.

The height difference between this point and the Seven Stars junction at 56.1 feet above sea level is marked, as anyone who has walked this route will confirm.

This road was constructed by the Motorway contractors from the new Turpin Green Lane railway bridge to a new junction with Wigan Road and Lancaster Lane via the M6 Motorway junction.

The area from the Turpin Green Bridge to the new Bow Brook Road was another site of prefabricated housing built after the Second World War and only demolished when the road was constructed. However, some of the prefabs on nearby Ryden Avenue survived into the 1980's. 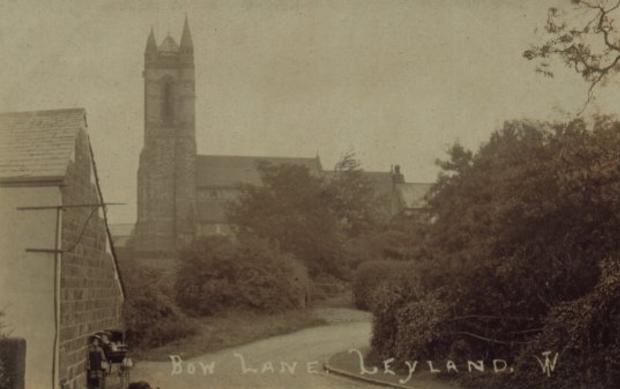 The name of Bow Lane is Old English for an arched bridge, though the bridge over Bow Brook has been reconstructed many times. The present culvert to the east takes the brook from Leyland Way under the new housing development, where the prefabs used to be and through farmland that was then attached to the farm on Moss Lane.

Whilst cottages were dotted along Bow Lane on the 1844 Map, the only house was Bow Brook House. By the 1896 Map, Bow Brook Farm and the quaintly titled Providence Cottages had been added along the lane.

When the M6 Motorway and Leyland Way was constructed, a new road, Bow Brook Road was made to enable the southern end of Bow Lane to remain connected to Turpin Green Lane and Bent Lane. 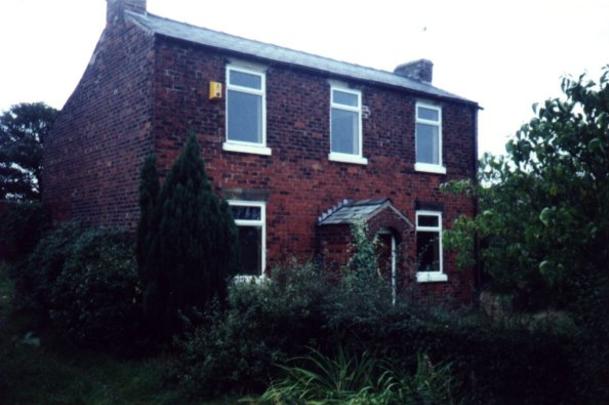 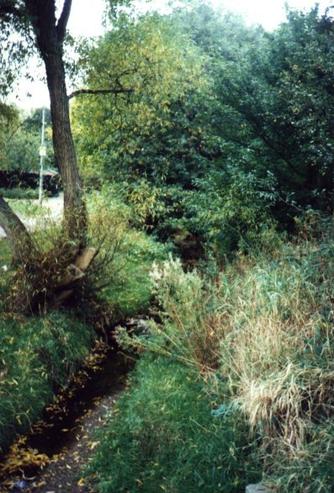 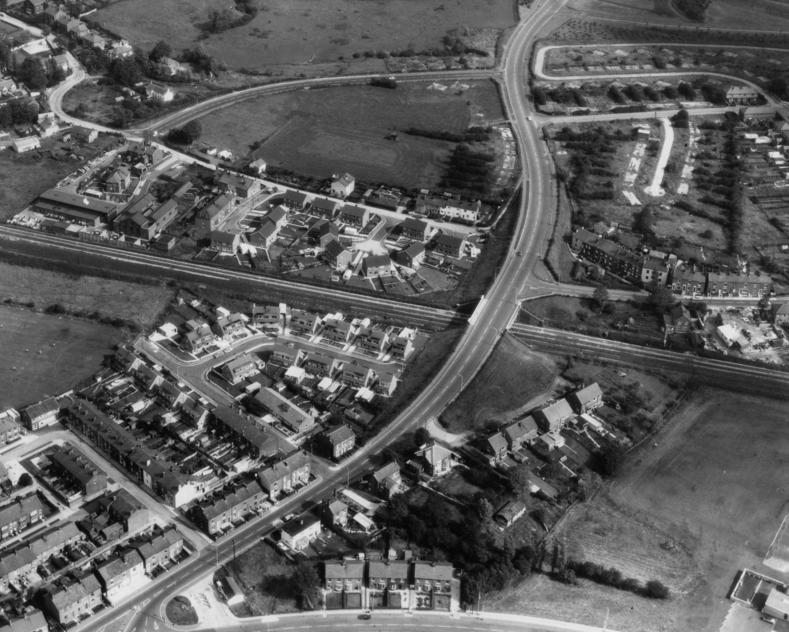 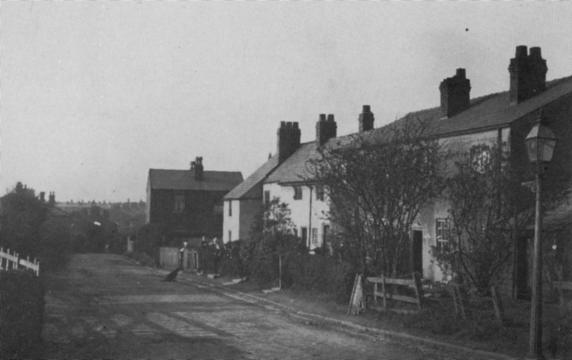 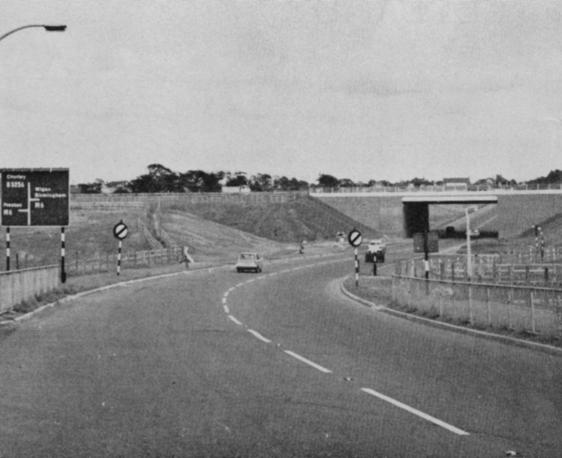 This row of terraced houses is one of three rows at the southern end of Bow Lane. The numbering of the properties suggests that there was a workshop attached to the cottages. It has been confirmed that this was the premises of Penny & Jackson who’s Bow Lane Works manufactured gold thread and plate as well as being cotton heald yarn doublers.

At the top of the lane, the walk continues by turning left onto Leyland Way. 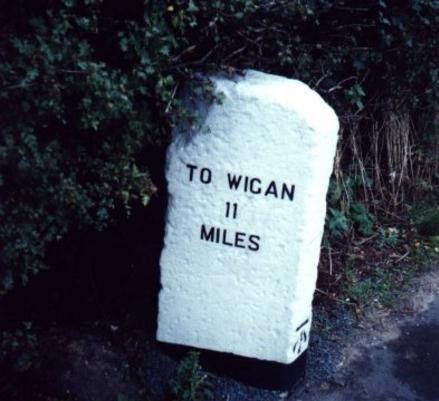 This brook, which passes under Wigan Road and forms the boundary between Leyland and Clayton le Woods, has many names from Bryning Brook here adjacent to the golf club, Bow Brook between the Motorway and the railway, Bannister Brook through the centre of Leyland and Mill Brook as it crosses under Leyland Lane to enter the River Lostock.

The public footpath which follows the course of the brook eastwards towards its source eventually leads via the Clayton Hall sandpit to the remains of Clayton Hall. 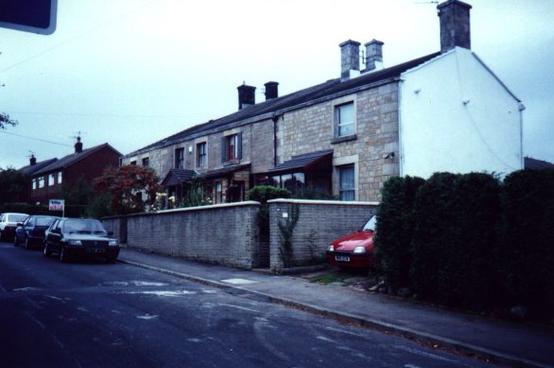 The house at the corner of Moss Lane and Bow Lane, which is now known as a nursing home, was originally a maternity home with some of the present residents having been born in the same building many years ago.