And this is the start of the Wood Milne trade mark as George Wood improved on John Milnes’s original design hence Wood Milne.

His father was a retired hatter, his only sister Mary Ann at 22 was a draper’s assistant (a fact that could tie in later) and his two brothers, John William (20) was a cabinet salesman and Francis Joseph (16) a grocers apprentice respectively, which he at 18 was an ironmonger’s apprentice. Yet within a year a notice appeared in the Burnley Express on the 10th December 1892, Local Patents - George Henry Wood of 4 Croft Street, Burnley for “Improvements in and relating to shower baths”, his future career had started.

So we get to the year when everything changed, 1896, in this year George submits three patents the first 10185 on 18th May 1896 does bear a resemblance to John Milnes patent so whether this was pointed out to George or whether he discovered it himself by September we had a new patent request, though note that in the application George is described as a Mining Engineer. 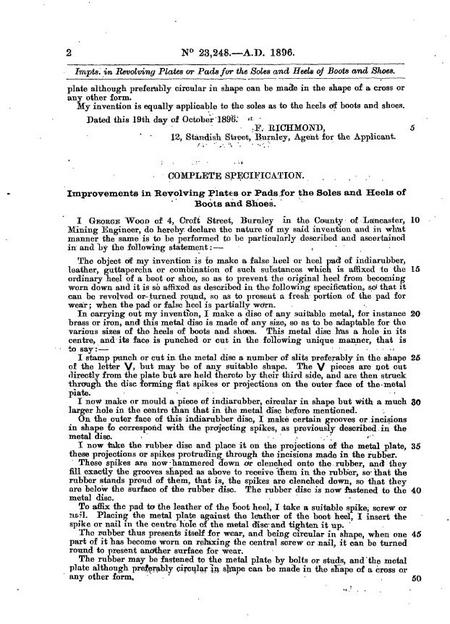 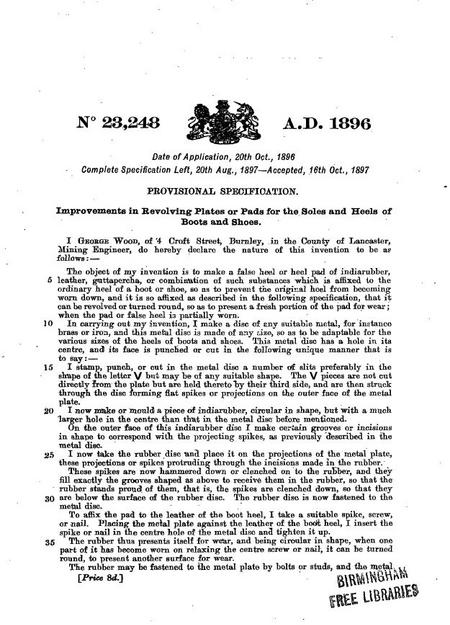 Now you have the invention you just need a backer, enter the Roberts family 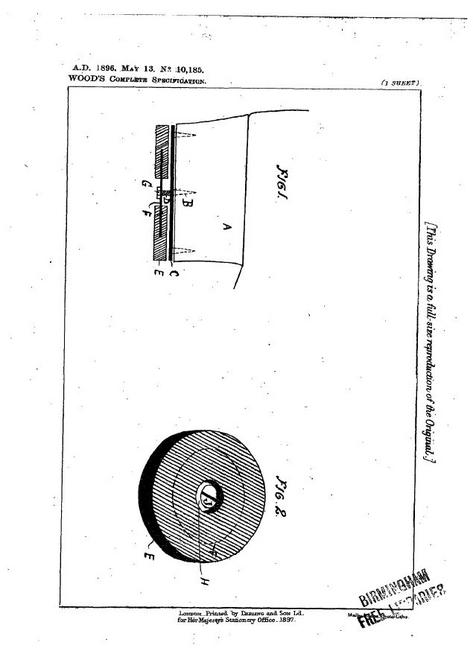 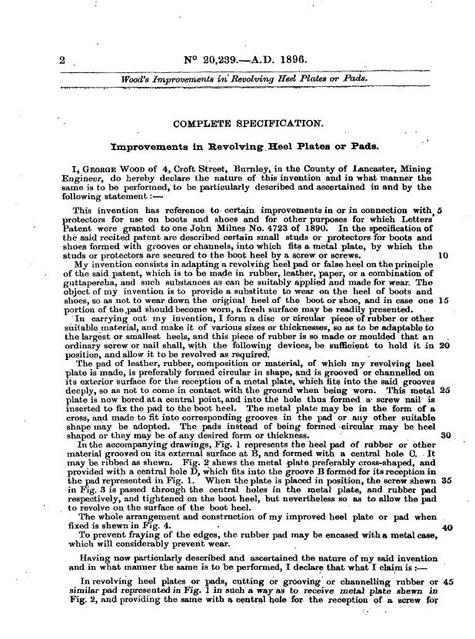 This patent would go on to be the money maker, you may have noticed that this patent was revoked in 1906, now as you will see from hence forward this patent was rigorously defended in courts not only in this country but around the world. By 1906 however the number of patents being applied for on variety of heels meant that they couldn’t stop a tidal wave.

The final of George Wood’s patents that year No 23248 dated 20th October 1896 would be a further improvement on the original design. 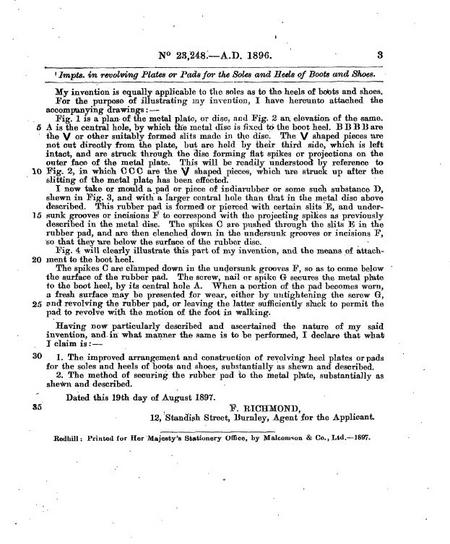 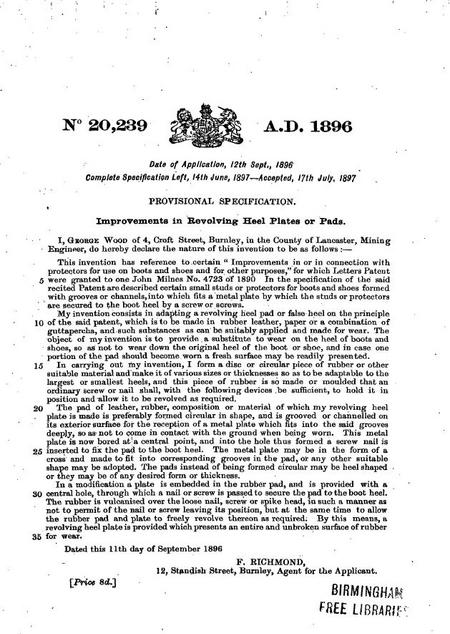 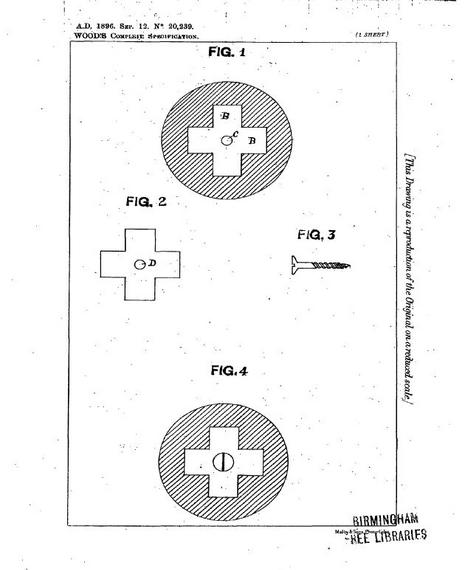 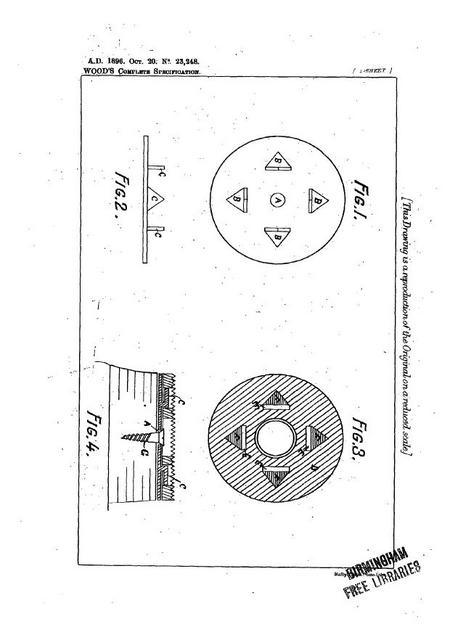 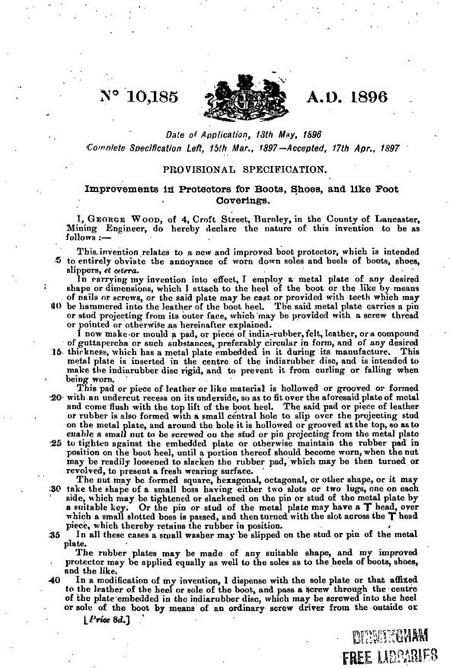 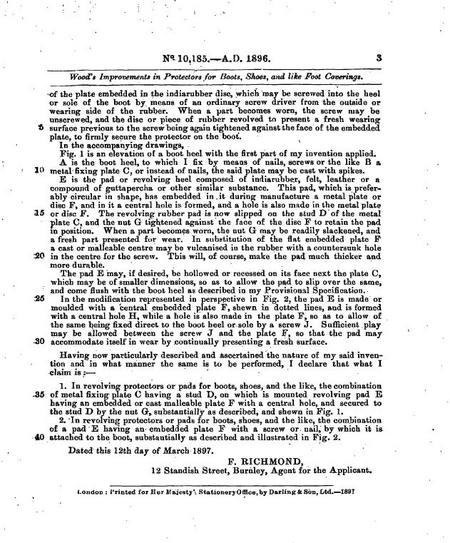 Now whereas John has been all over the north of England in his life so far, George Henry Wood didn’t stray much from his Burnley roots, born there in 1873 by the 1891 census he was still living at home with his parents at 4 Croft Street, Burnley an area now near the bus station and much redeveloped. 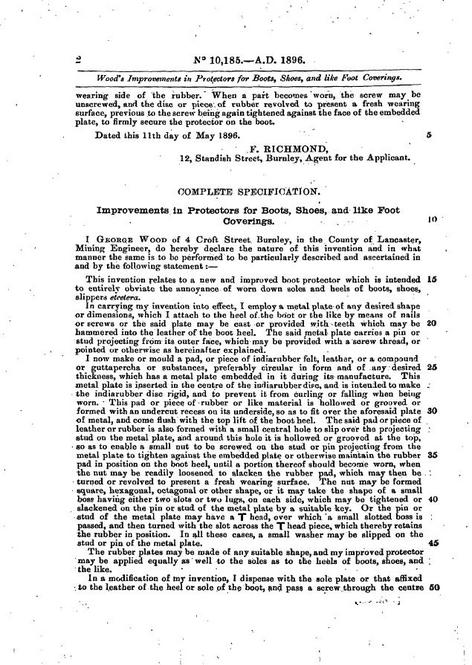