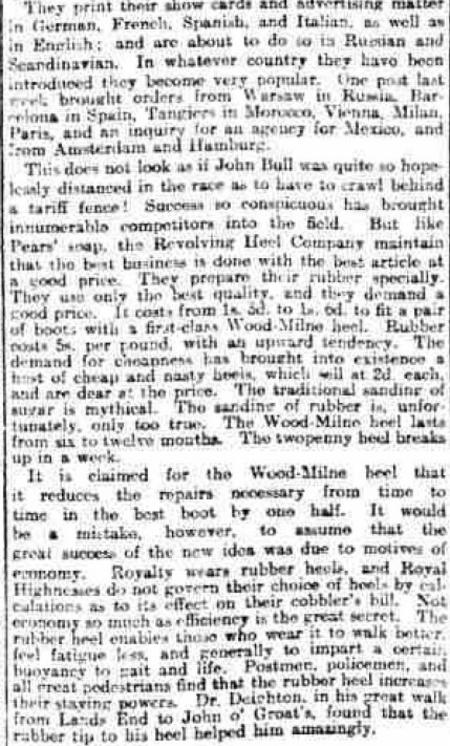 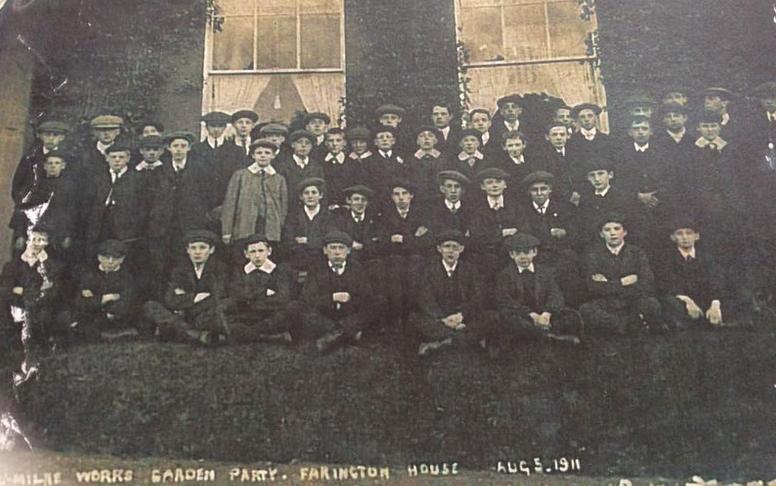 He was elected Chairman of the Mold Urban District Council in 1911-12 and re-elected for 1912-13. During his first year in office on the council he gave £5,000 for the building of a new Town Hail in Earl Road. The foundation stone of the building was laid by his wife on the Coronation Day of George V, 22 June 1911. On completion, the Town Hall was officially opened on 1st October 1912.

Another document this time from Victoria, Australia in 1906 even has Tom Hartley Roberts’s signature. 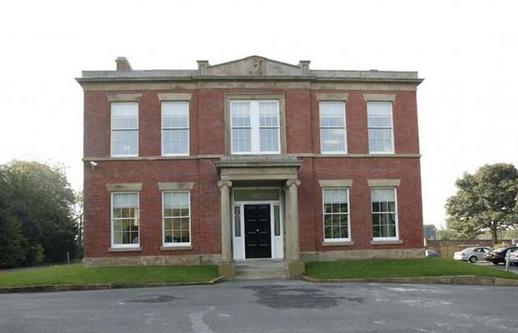 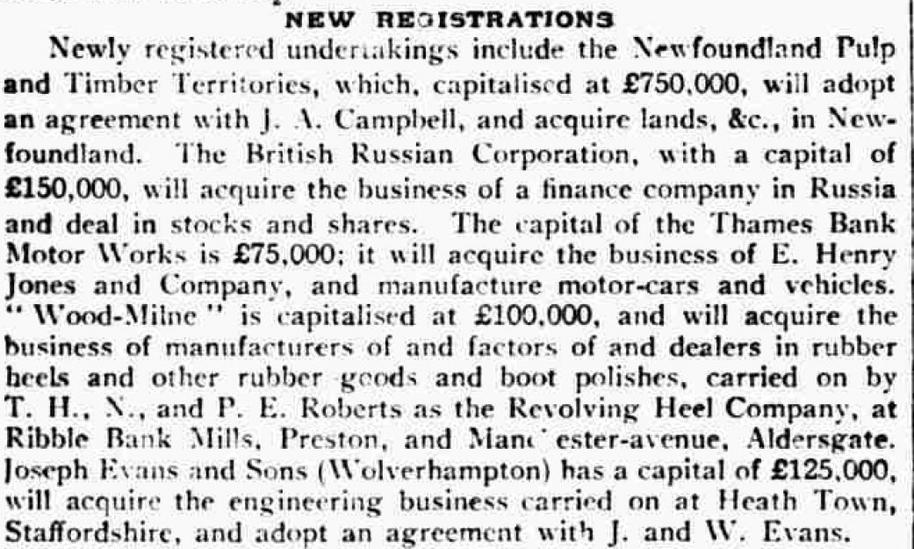 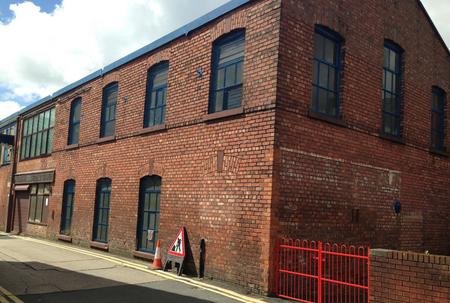 So the new Wood Milne Limited Company continued to grow though it would seem Samuel Whitehead was there to get the business set up because by the next census in 1911 he had retired at the age of 49 to Lynnhurst a large property on the outskirts of Farington.

Whilst his partner Tom Hartley Roberts was now living at Farington House previously the home of one of the local cotton magnates, Mr Boardman. There is just him and his wife Bertha with a couple of guests and four servants to look after them. 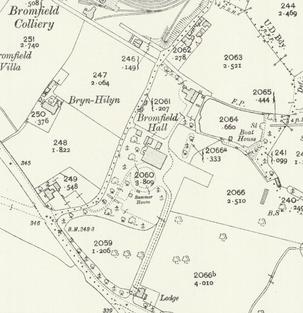 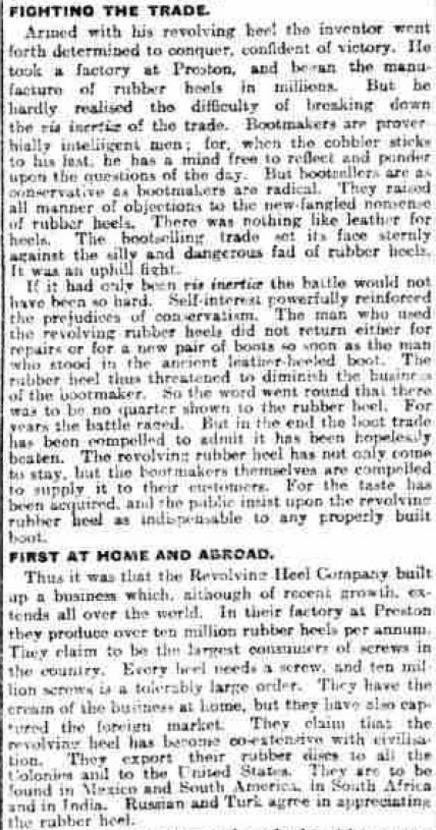 This is the only photograph yet discovered of the factory in Kay Street, Preston though as this area now forms part of the huge car park behind County Hall down to Marsh Lane it no longer looks remotely like this.

His son Tom Hartley Roberts also headed south to Reigate in Surrey to a large house again in its own grounds called Wraylands on the 1939 census, here he lived until his death on 9th February 1947 at the age of 82.

So that is the story of the four men who started the trade mark and the company which finally became BTR when the Americans of BF Goodrich sold their interest in the company back to this country and it became British Tyre & Rubber but that’s another story. It only remains to explain why I have decided to complete the research of the Wood Milne name now.

The buildings to the right background are Ribble Bank Mill prior to its demolition in the early 1970s. The site in the foreground is now actually Lancashire Archives on Bow Lane. 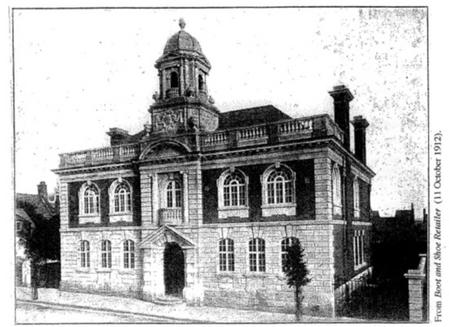 So the following year in 1907, the Revolving Heel Company and Roberts & Whitehead merge to become a limited company in the name of Wood Milne Limited, now not simply a trading name anymore. It is listed in the Westminster Gazette of 12th November 1907 under New Registrations, just five lines in a paragraph. 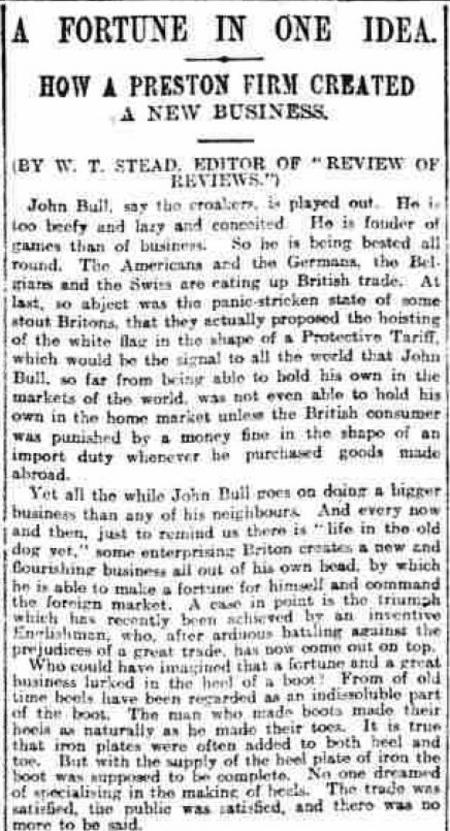 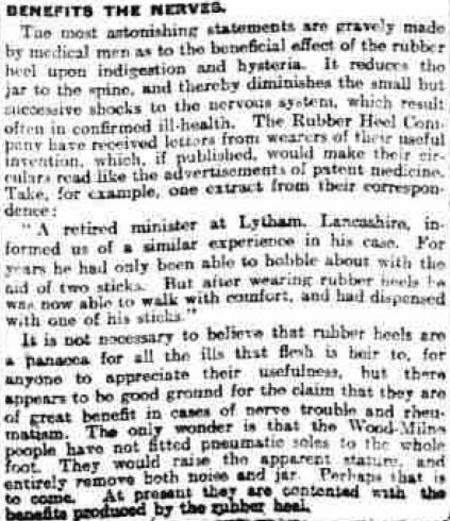 So as promised for light relief I attach the full version of the infomercial from the Lancashire Daily Post on 22nd September 1904, please note that this was written in 1904 and so much has changed since then. 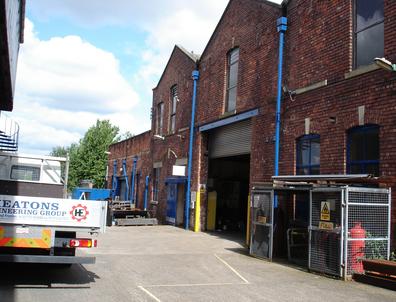 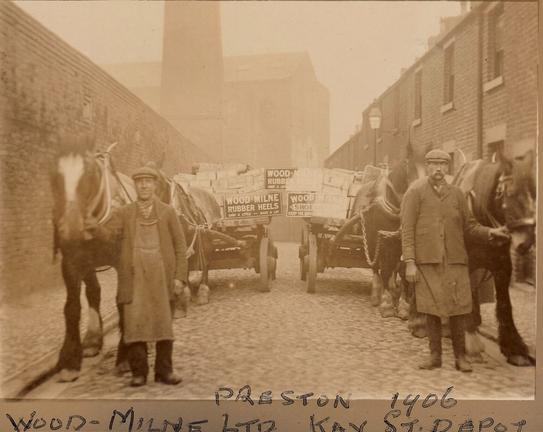 This Milne works Garden Party at Farington House on August 5th 1911 actually shows the way forward for within the next eight years, Mr Roberts and family will have moved on and the house was opened as the Wood Milne Sports & Social Club.

About 1916 Peter Edward Roberts moved to Bournemouth from Mold for health reasons and died there on 22 March 1922, leaving effects to the value of £62,856 resulting from a successful career, particularly from his pioneering work in the rubber-heel business.

According to the planning records book of the old Leyland Council, a rubber works was established in 1905 as Whitehead & Roberts in the Ajax Works which is situated at the bottom of Quin Street behind the church and can be seen on the 1909 Ordnance Survey map.

When I updated the Industrial Heritage book back in 2017 that was as much as we knew, Tom Hartley Roberts and Samuel Whitehead two ex-directors of the Leyland & Birmingham Rubber Company left the company and decided to set up on their own which as I said in the introduction was puzzling.

So now we know more of the full story it will be interesting to go back into Lancashire Archives when able to do so (this being written in Lockdown 3) and see when Tom Hartley Roberts became a shareholder and director and how much he invested, also to see if the L & B actually supplied rubber to the Preston factory as their production figures show they would need a huge supply to keep up with demand.

Following Lockdown i managed to get into Lancashire Archives and after looking at the directors and shareholders, i can confirm that whilst Samuel Whitehead was a Director and Works Manager of the L & B, there is no record of Tom Hartley Roberts in their records and i can only conclude that his input and funds for the new business in Leyland came from the Revolving Heel Company in Preston.

It’s also obvious that the Preston operation remained there probably until the takeover of the whole firm by BF Goodrich, the American firm, in 1924. The building of the Leyland factory as a purpose built facility instead of the reuse of old cotton mills could be a very good reason for this development but as the records for Wood Milne disappeared when the Americans took over we may never know, saying that the BF Goodrich archives are with the University of Akron, Ohio and I have emailed them but they are unable to find anything at present.

​So it would appear that Peter Edward Roberts had now passed the reins of the Revolving Heel Company into his son’s hands retiring from the firm and returning to Mold in 1906 aged 66. He then purchased Bromfield Hall (now demolished). 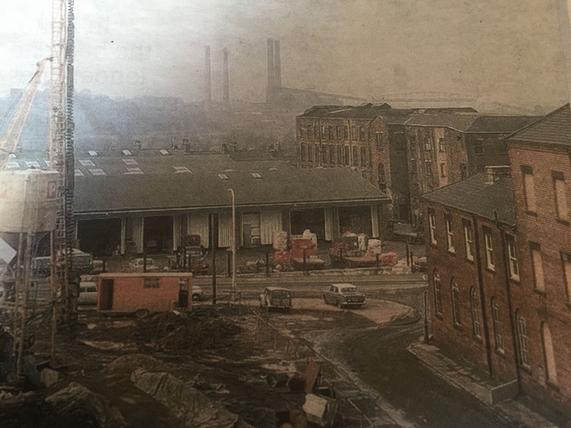