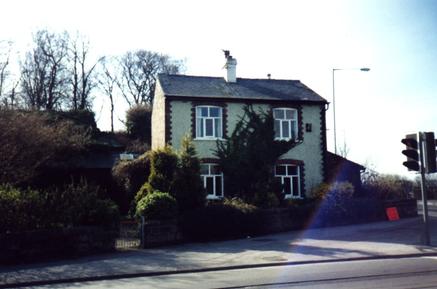 From the 1844 first edition Ordnance Survey Map, there are only the drives of Farington House, Farington Lodge, Green House and the Lodge between the junction of Lydiate Lane and the mill village at Spring Gardens, now all known as Stanifield Lane, though detailed on the map as Staniforth Lane. Whilst there was open land between the Rose & Crown and the Railway Bridge Inn, as it was then known, East Street and the Farington New School are the only buildings before the village boundary is reached.

By the 1893 Map, the house and laid out grounds of the estate called The Cottage had been built adjacent to the Farington Lodge estate, the grounds eventually becoming the site of St. Catherine’s Roman Catholic Church and presbytery. Whilst between East Street and Farington, there had been built School Street.

Much building has gone on by the 1938 Map, a small housing development opposite the eventual junction with Centurion Way, was called Stanley Road and Stanley Avenue. The recreation ground had been laid out between Farington Lodge and Farington Cottage. Other housing being Gloucester Avenue and Bristol Avenue on the east side, whilst Crown Street, Woodville Street and the terraces along Stanifield Lane had all been built on the west side. Whilst the School only had a short time left, the sawmills behind had now been established.

This cottage previously known as the Green House and was owned by Leyland Motors with Farington Lodge. The Mill Farm was the Home Farm of the Lodge estate with the large remains of the laundry adjacent to the farmhouse.

The classically designed lodge had not changed over the years, though the disappearance of two stone pigeons has been noted, until a tastefully done extension was carried out in 1994.

This was built as the home of the manager of Farington Mill, becoming a club in the early part of this century.

When Messrs Bashall and Boardman built their spinning mill in Farington on a green field site, they required a large local workforce. They built Mill Street, therefore, in 1836 for the use of their workers, rents being collected weekly, the houses being painted black and white each year.

With the expansion of work, more accommodation was required; the rows of houses were then built in 1850 on Stanifield Lane, known as Spring Gardens, at a slightly higher weekly rent. The iron railings, which were a feature of the terrace, were removed during the Second World War to help make tanks and fighter planes.

The mill owners built the school in 1848, serving as a social centre and, until the building of St. Ambrose's in 1882, also conducted religious worship. The school closed in 1940 on transfer across the road to a site previously used as a sports ground for the village. The structure is now used as a store for building materials.

The boundary between the two distinct areas can be seen at the junction of Preston Road and Stanifield Lane. It can be dated back to the thirteenth century, when the Farington family still owned Farington and part of Leyland, though they lost them subsequently in a marriage settlement, which did not go the way the incumbent Farington intended. 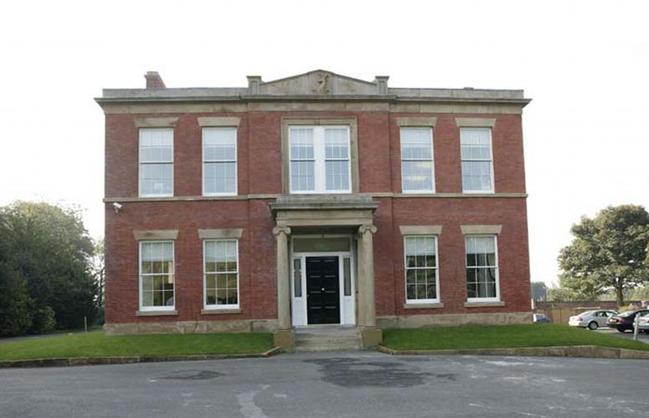 This was originally owned by the Boardman family who, as joint owners with the Bashalls of Farington Mill, were the main employers in the area. While the wooded area was known as Bashalls Wood, due to the later intermarriage between the two families, the house was later brought by the Roberts family who owned the Wood-Milne Rubber Company, which was taken over by the B.T.R., the House then becoming the B.T.R. Social Club.. 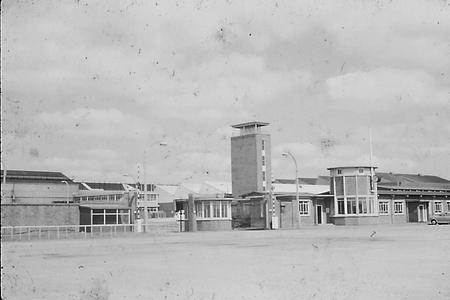 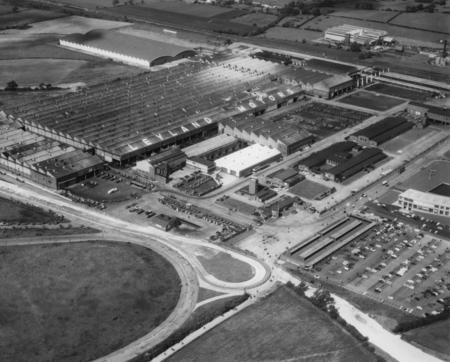 When the Government opened the Tank factory in October 1953, the new road was built on the route of the Red Wall path being named after the Centurion Tank.

The path had linked Bashalls Wood Road, a short road with four semi detached houses on the north side near the junction with Stanifield Lane, with the continuation of Wheelton Lane over the railway bridge to High Ash Cottages.

After the factory was opened on 23rd October 1953, during the Korean crisis, many tanks rolled out of the Government owned factory until, on 9th July 1956, Leyland Motors agreed to purchase it. The factory was renamed Spurrier Works in honour of Henry Spurrier the Second, one of the company's co-founders. .
The office block, known as Lancaster House, opposite the works was built in 1965/66 to house the ever-increasing staff of the Leyland Motor Corporation just prior to the merger with the British Motor Holdings to become British Leyland in 1968. The large area of waste ground between Centurion Way and Carr Lane was used after the war as a tank proving ground, the remains of the foundry can be seen in the distance. This was the proposed site of the replacement Leyland Motors club, before the demise of Leyland Daf.. 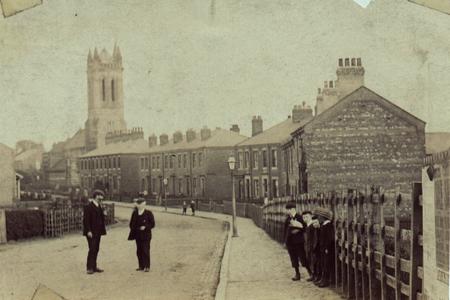 This lane was originally a track way used by people from Clayton to cut peat on Farington Moss. The only houses on the lane according to the 1844 Map were Fir Tree Farm, Fir Tree House and Holme House. By the time of the 1896 Map, St. Ambrose Church had been built with the terraces and side streets now in position. Moss Lane was cut in half with the construction of the M6 Motorway; a footpath remains to connect the two halves.

Many large houses were built on the Chorley side of the Motorway, which is now the boundary of the borough. These houses, one of which contains a ballroom, provided homes where the industrialists of Leyland could live in comfortable surroundings whilst being close to work..

The garage started as a wood cabin owned by Fred Slater, the present building being built in the fifties. Whilst originally only a petrol station, the former British Leyland car dealership helped establish the business we know today. 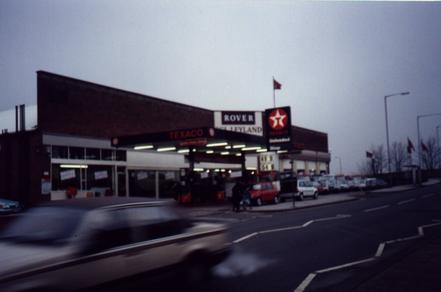 When the railway was built in 1838, the public house was opened to serve the passengers and also ensure that the workforce of Farington Mill did not take their hard-earned wages out of the village, the first landlord being Edward Boardman of Farington Mill. 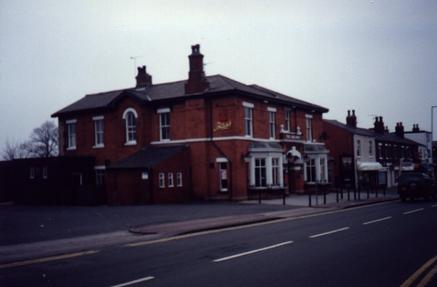 This store was known as Farington Road Co - op and served Farington and that part of Leyland " over the Station Bridge ". It also had a large delivery trade covering the area Lancaster Lane, Wigan Road and Cuerden.

For many years a manager of this shop at the junction of Preston Road and Derby Street was the first President of the Leyland Historical Society, Mr Nowell Bannister, though the building is now an electrical showroom. . 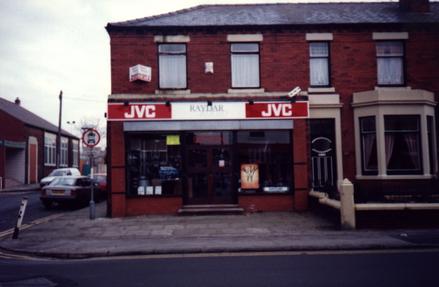 The site of the first cinema in Leyland and district was on the car park of the Leyland & Farington Club. The Hippodrome commonly known as Greens Hippodrome, was clad with corrugated iron sheets - necessary in the days of fires in the projection room twice nightly - which caused a great noise in heavy rainfall.

While the Charlie Chaplin films were the main attraction, there were also live shows with occasionally a market being held on the open space in front of the Hippodrome and goods of every description were offered for sale. Prominent amongst the salesmen was a gentleman who loudly proclaimed the benefits of his herbal remedies, the most popular of which he claimed would cure anything from a headache to a corn. 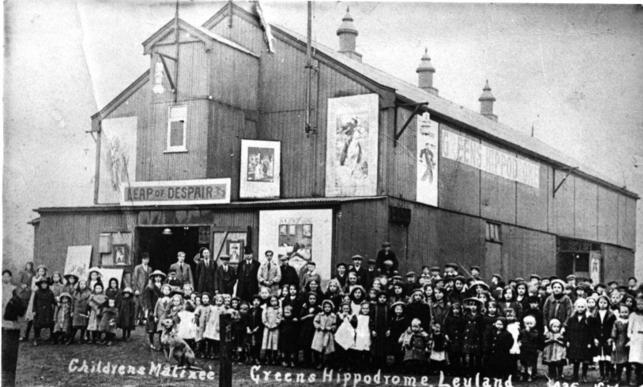 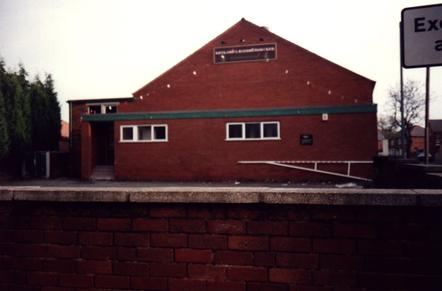 Whilst the 1844 Ordnance Survey Map showed no sign of development along Preston Road, the 1893 Map detailed the realignment of Moss Lane following the building of the station bridge. A lack of any building on the east side of the road, contrasting with the recently constructed terrace of houses from the Railway Hotel to the junction with Boundary Street.

By the publication of the 1938 Map, the east side of the road had now been developed, George Street, Derby Street and Cross Street using the lands of Fir Tree Farm.. 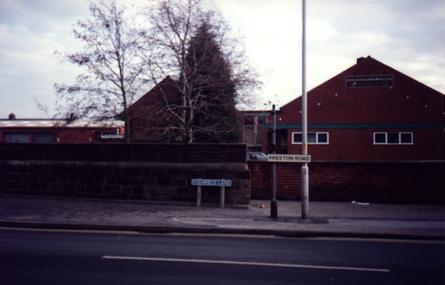 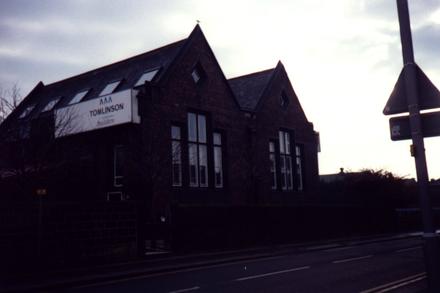 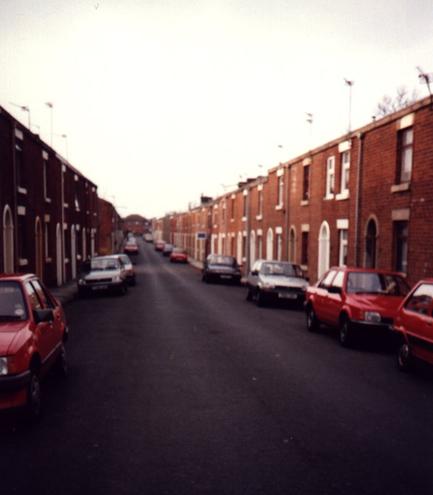 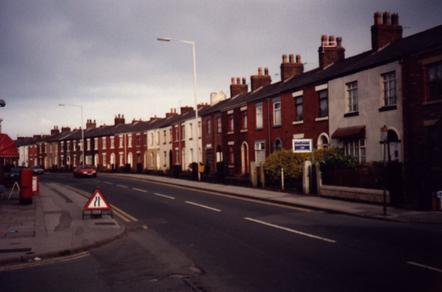 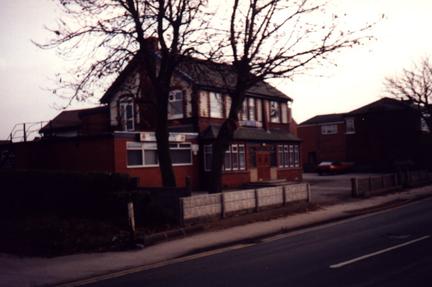 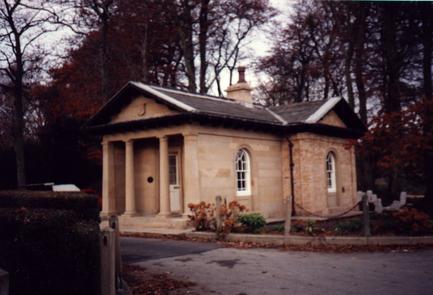 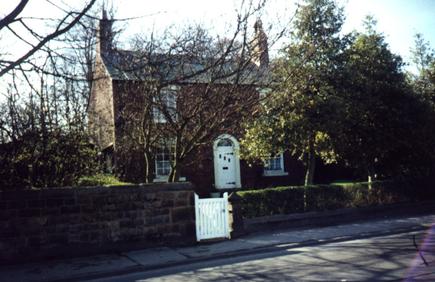 This was the home of William and Margaret Bashall, when the Farington Mill was opened, the family continuing to live there though the subsequent intermarriage led to the Bashalls owning both the Lodge and House in the 1870's. A later owner of the Lodge being J.G. McMinnies, the new manager of Farington Mill who subscribed monies to various local churches.

Eventually the Lodge was brought by Leyland Motors as an executive guesthouse for visitors and top executives. The Lodge is now a restaurant, with many of the Motors artefacts on display in the restored building. 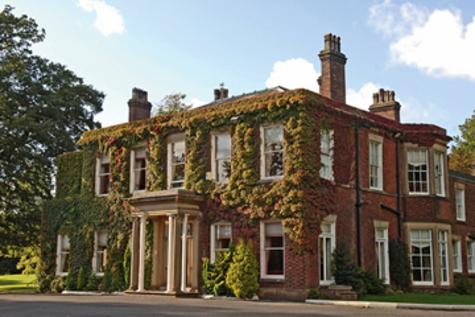