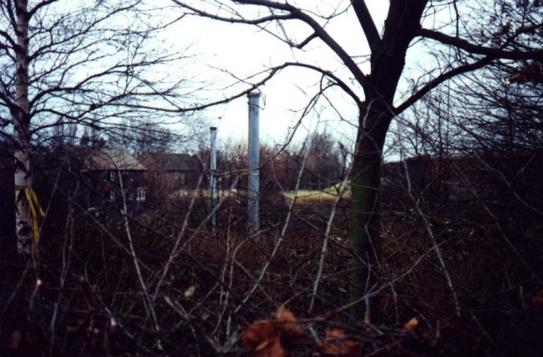 At the top of the incline at the northern end of Bent Lane, turn left to join Turpin Green Lane (B5256), right being Leyland Way and the route to the motorway. . 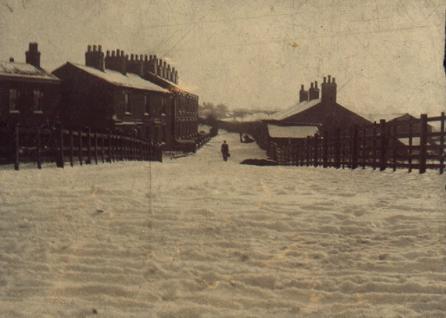 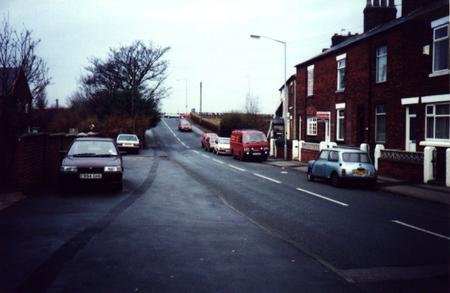 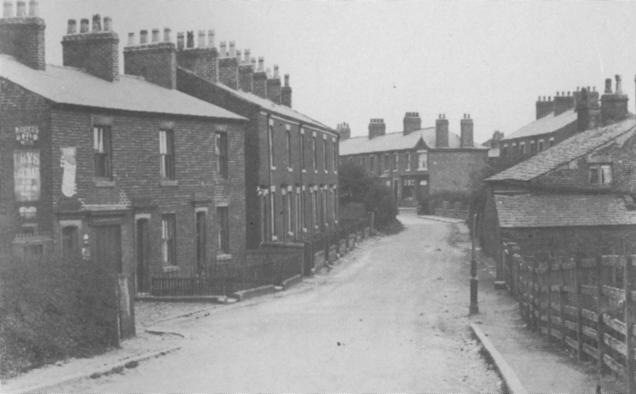 This was the section of Bent Lane from the recreation ground to the junction with Turpin Green Lane and prior to the construction of the M6 Motorway, Bow Lane.

The houses were in terraces on the east side of the road. The house and yard on the left probably cover the remains of the level crossing, now replaced by Turpin Green Lane bridge.

The area of land between the railway and Bent Lane was used for the extraction of sand being one of many sand pits in this area. This, in common with the pit on Dawson Lane, later became a rubbish dump before being covered over and the present recreation ground was established..

This footbridge over the railway from Hargreaves Avenue to the recreation ground on Bent Lane follows the line of a field path from Lancaster Lane and Clayton to the centre of Leyland. The bridge replaces Bambers Crossing that was situated at this point and the scene of many accidents over the years.

A little to the south in the cutting prior to Bent Bridge was another crossing called Forty Steps probably named after the number of steps down to the lines and then back up the other side.. 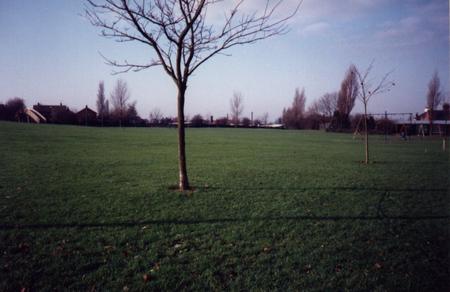 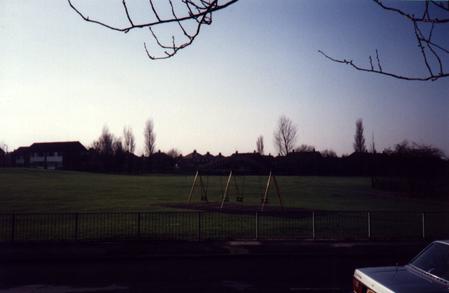 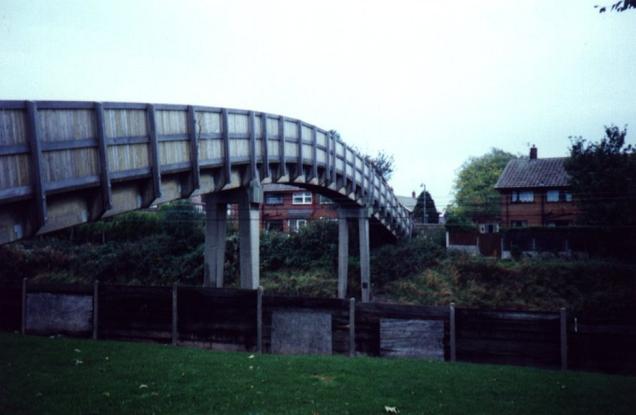 This 17th century holding of farm and land once formed part of the Richard Balshaw Trust, which together with the farm and land at School Lane provided the rental monies to fund the Grammar School. The trust land at Wrights Fold stretched from the west side of the railway via the crossing and over the east side of Bent Lane towards Wigan Road in the other direction.

When this ceased to be used as a farm, the land was brought by the Leyland Urban District Council and used as a base for the Refuse Collection department. When they moved out, the surrounding land was redeveloped as the Wrights Fold sheltered accommodation. The farmhouse has now been converted into two separate houses.

Whilst many people think that the bend in the lane or the bridge gives the lane its name, however, in the Endowed Charities Report published in 1900, there are a number of references to Wrights Farm on Bent Lane. In the description of the farm it mentions, " the middle bent, the lower bent ", being names of fields or land on the estate.

The 1844 Map shows only the Wrights Fold Farm and two groups of cottages near to the junction with Turpin Green Lane, the second group probably disappearing with the building of the first Turpin Green Lane railway bridge between 1878 and 1880. On the 1896 Map, the houses in Strawberry Valley had been built and Wrights Fold Farm still extended over the fields on both sides of Bent Lane. 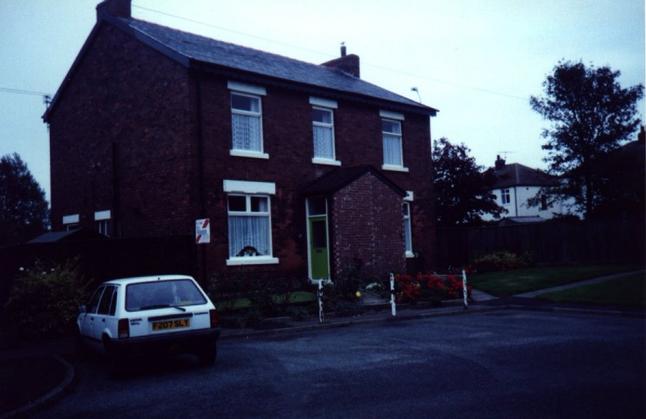