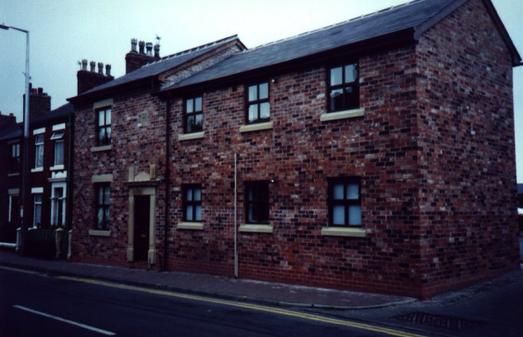 At the top of Union Street was John Lord's the butcher, who used to ride on horseback at the head of the Leyland Festival procession, having been the Chairman of the Urban District Council on two occasions.

This building was demolished in 1994, the bricks being kept and re-used in the new building on the site. This has been built to the same design as the original and therefore integrates with the Cross conservation area. 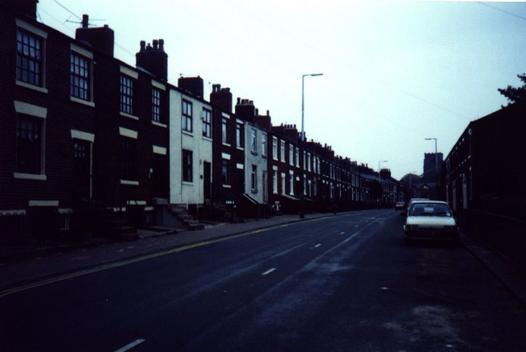 Until about 1845, there were houses only on the north side of the road, being described in early documents as the Friendly Society Houses. When the society was formed in the late 1790's to build the handloom weavers step houses on the north side of Fox Lane, the field strip was purchased from George Bretherton, of the Bay Horse Inn. The society then went on to build the properties in a series of blocks until they numbered twenty-six in total.

The step houses were essentially two up and down cottages built over loom shops, as the home weaving industry declined, the cellars were often sub-let to poorer tenants. Nos. 22 and 48 have fire marks over the doorways indicating they carried fire insurance.

At the west end of the row, there was a small cottage of a different design and which had an outbuilding just beyond the yard. This cottage was occupied by Mr Pilkington who used the outbuilding as his warehouse.

This building was built in 1842 as the Agricultural Hall but soon became a sort of Parish Hall or Union Hall, being named after Union Street, the old name of Fox Lane. It was occasionally called the Public Hall. The first meeting of the local government was held in this school. The first chairman was Mr F. Pilkington, who was a cotton manufacturer at the Earnshaw Bridge Mill. He was also the registrar of births, marriages and deaths in the Leyland district

It became the Top School in the 1870's, probably because it was at the top of Leyland, though maybe because the classrooms were on the first floor with the caretaker’s accommodation underneath. The wall is all that remains of the building as it fell into decay and was demolished. 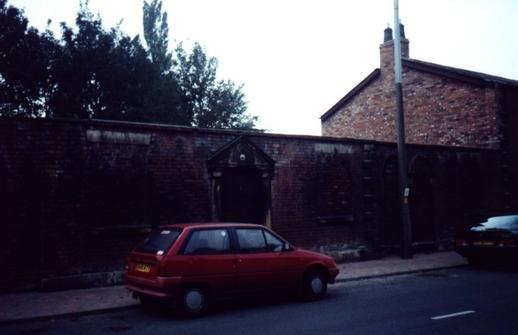 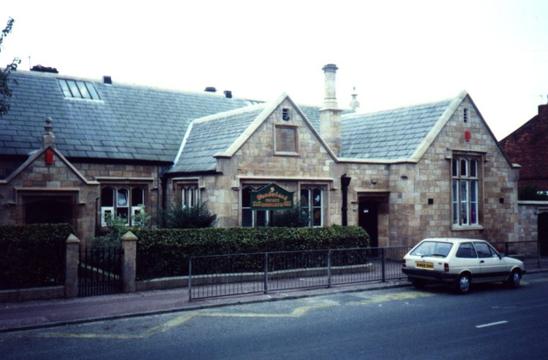 At the Bottom School, there is a stone, which is inscribed as follows " DGM D.G.M.
Sit Gloria. National School built by public subscription 1837 ". This Grade II listed building was until recently used as the infants annexe to St. Andrews Primary School, it is now a private nursery. 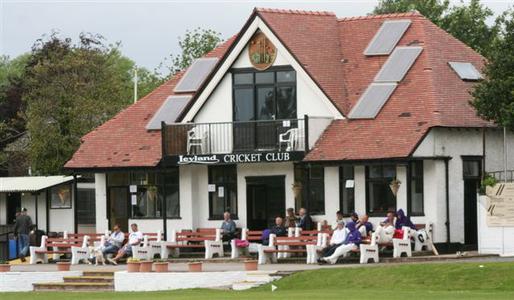 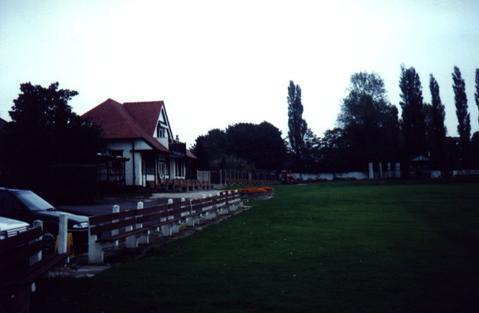 The early history of cricket in Leyland can be traced to the Baldwin Vicars of Leyland who saw three clubs being formed and folding in eight years, when matches were played on the Vicars Field off Beech Avenue. The first Leyland Cricket Club played its first match against Chorley on July 6th, 1848.

The present ground was leased from the vicar of Leyland, the Rev. Thomas Rigby - Baldwin in 1880 and shortly afterwards John Stanning of the bleach works worked to make the club famous becoming known as the Lancashire Cricket Nursery. In 1898, the first, second and third elevens played 58 games without sustaining a single defeat.

The Fox Lane ground was laid out under the supervision of Mr Kirkham, the head gardener for Mr John Stanning. Following his death in 1904, the club was carried on by John Stanning Junior. When the club purchased the ground, it was fitting that it was named “The John Stanning Memorial Cricket Ground”.

The Site of the Smithy and Wheelwrights Shop

This was occupied by Richard Tomlinson at one time, the site being cleared and the space now being used as a parking ground by the Cricket Club.

These almshouses were built in 1887 out of a £ 2000 endowment given by Mrs Agnes Ryley. They are currently administered by the trustees of the Osbaldeston Charity. 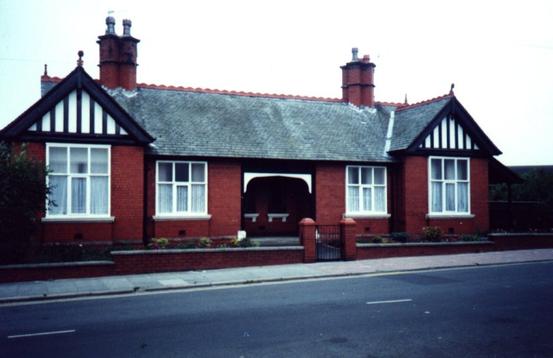 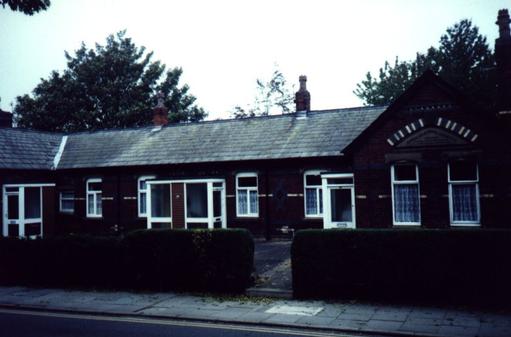 In his Will of 26th November 1665, John Osbaldeston of Chiswick, London left £ 500 to be invested in land for the maintenance of the poor of Leyland. The first almshouses were built some time after 1691 on Cow Lane near Leyland Cross. In 1870, they were moved and rebuilt at their present location on Fox Lane.

A group of five Grade II listed cottages dating back to 1852, when to ensure that enough funds were available for the provision of the alms houses, the Misses Farington built three houses on land adjoining the alms houses and assigned the rents of these for ever to the alms people.

In 1866, the two sisters built another two houses and donated the rents of these properties also. The group consists of top end detached cottages with a central terrace of three cottages laid out in a formal symmetrical pattern that has changed little over the years. 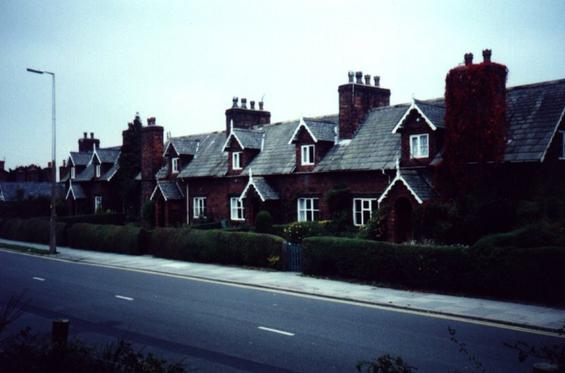 Almshouses were seen in almost every village community being built by benevolent squires and rich philanthropic benefactors. In the days before the Welfare State, when people became too old to work and had no means at their disposal, they were provided with homes.

William Farington was a religious man and built the first Farington almshouses in 1649, though they were then situated on the west side of Leyland. They consisted of six tenements under one roof, each person receiving 20 shillings per year, four loads of turf and every third year a new gown.

In 1849, the original building standing in Leyland Lane on the west side of the road between the Seven Stars Inn and Preston near the site of Mount Pleasant Mill was going to ruin. The clay floors were damp and below the level of the soil and the distance from the church and shops was inconvenient. On the instructions of Susan Maria and Mary Hannah Farington, it was therefore demolished and the present building erected on a better site in Fox Lane, being more than double the size of the old ones. The plaque states “Founded and Endowed By Willam Farington of Worden 1649, Removed and Rebuilt 1849”. 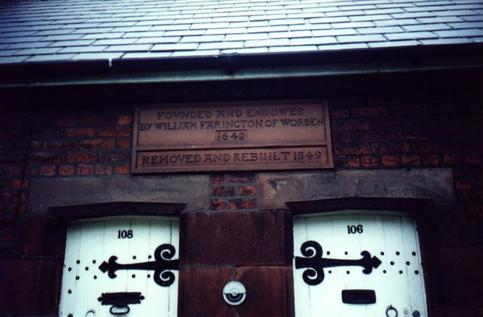 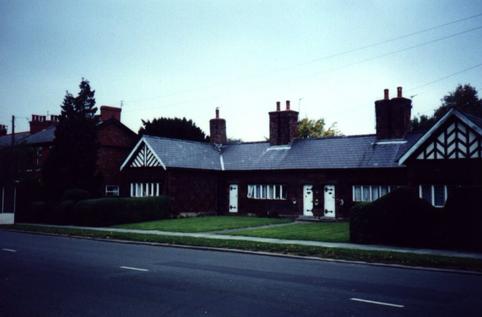 Union Street, now known as Fox Lane, was the east portion of the road from Leyland Cross to Seven Stars. According to the Tithe Award Map this road was known as Liverpool Road, though this is the only instance of that name being used that appears on any documentation.

The Ordnance Survey Map of 1844 shows a cross at Seven Stars and from here going up Fox Lane was called Brook Street as far as Lower House Farm. The 1896 Map shows that there was still no development of Fox Lane from Lower House Farm to the first Almshouse. 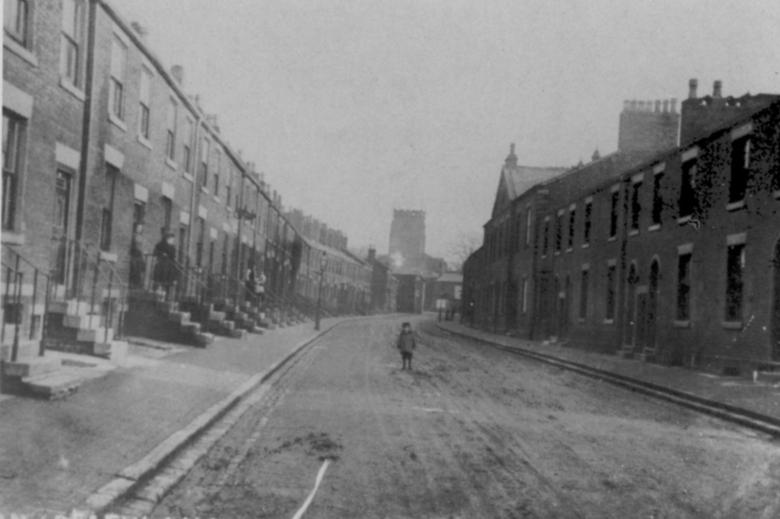