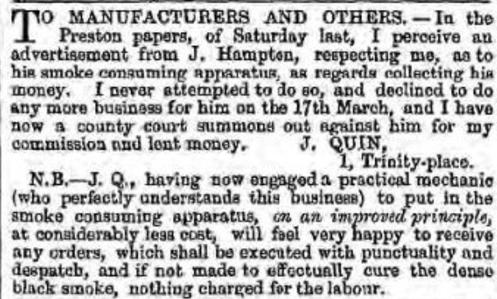 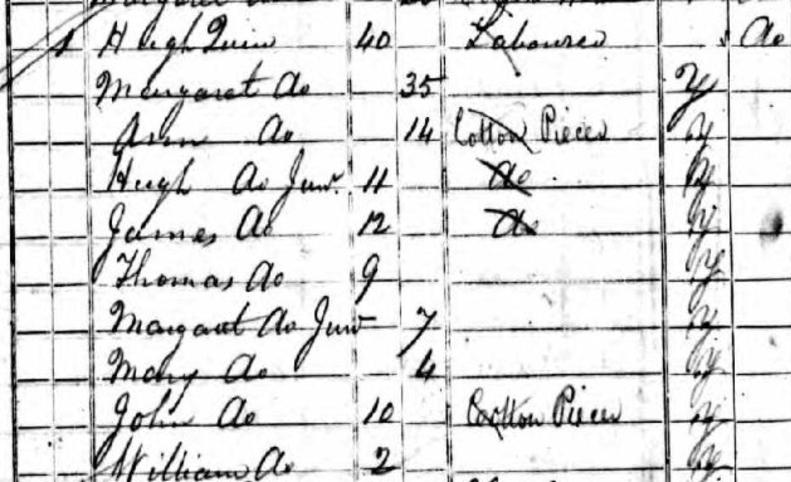 James Quin and his family..

The many jobs of James Quin

And dealing in smoke consuming apparatus and oil.

1. The Workhouse & The Smiths

The Quins originate from County Down in Ireland, Hugh, James’s father was born in 1795 and travelled across the Irish Sea to meet and marry his wife, Margaret from Mellor.

The whole family are missing from the next 1851 Census

NOTICE is hereby given, that the Partnership heretofore subsisting between us the undersigned, as Oil Merchants and Dry-salters, under the style or firm of James Quin and Company, at Preston, is this day dissolved by mutual consent. All debts owing to and by the late firm are to be received and paid by the undersigned James Quin, by whom henceforth the business will be carried on, on his own account.—Dated this 18th day of June, 1870. 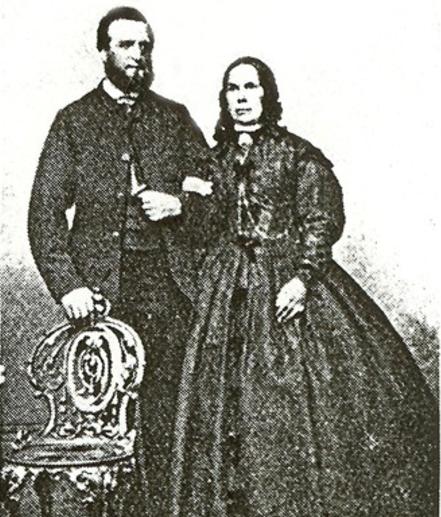 Note the witness George Haworth who will appear again. Before we continue with the Leyland Rubber story, how the rubber industry started with Thomas Hancock 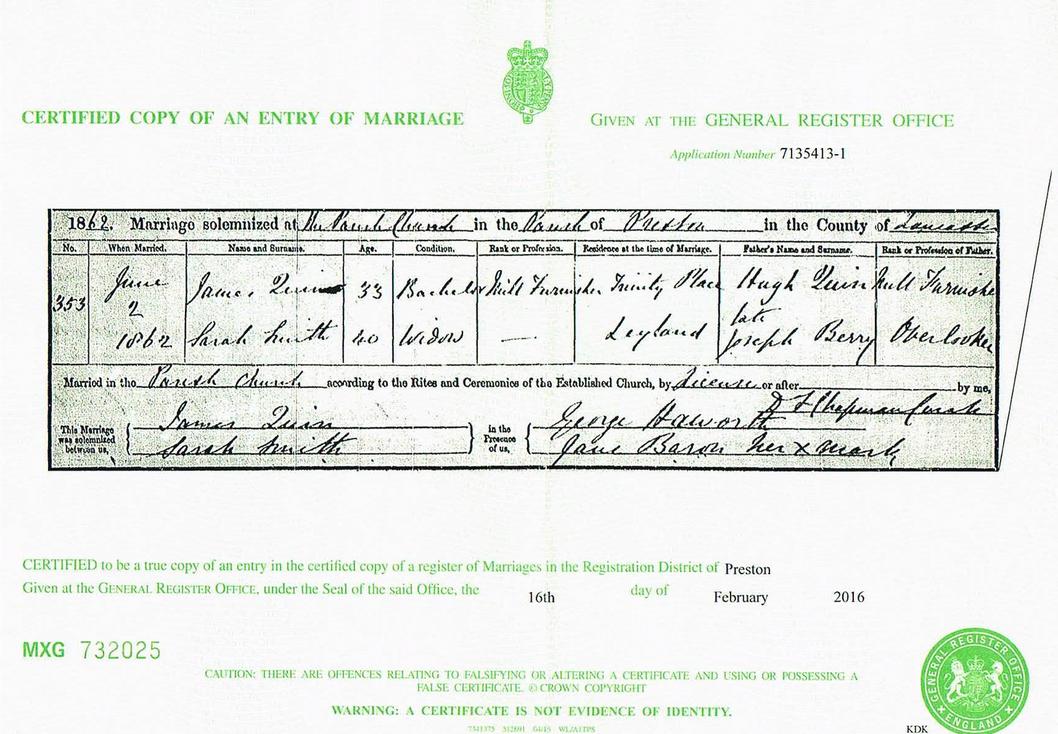 3. The Hancocks & The Early Rubber Industry

His other dealings were still being won up in 1870, Robert Mayor carrying on as a Commercial Traveller in Oil.