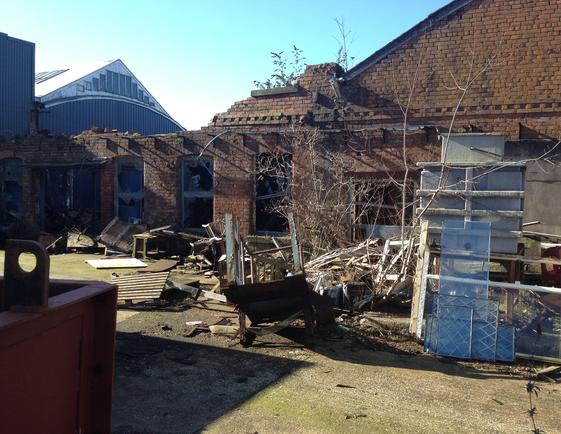 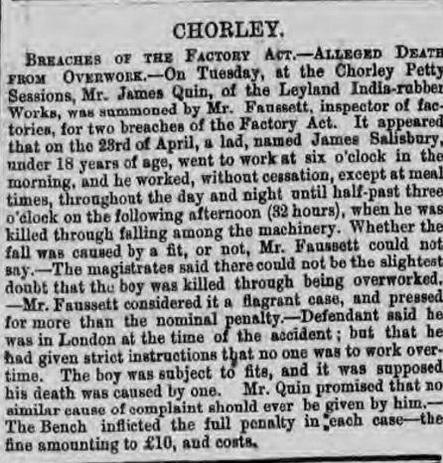 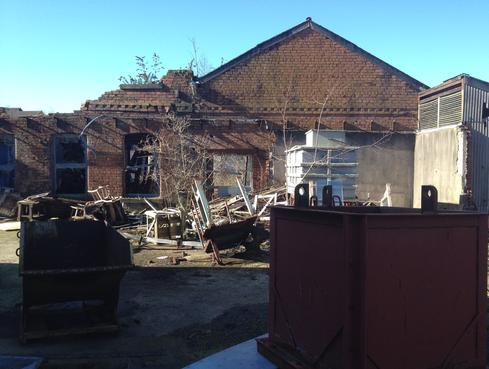 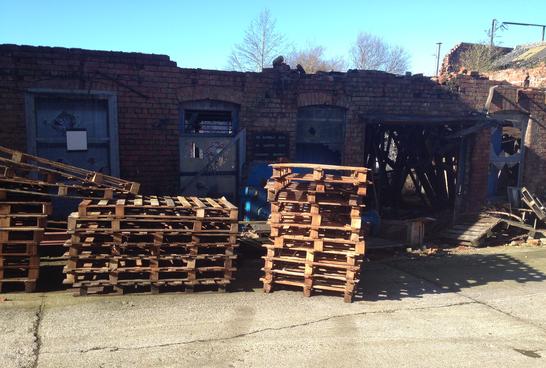 Left an accident on 3rd November 1867 at Tardy Gate for the Quins and the Edwards,  Mr Edwards was the Manager 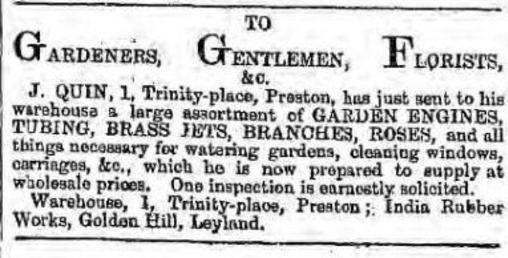 So looking down Iddons yard, to the left you have Brookfield Rubber Company, the first rubber firm in Leyland and on the right, there is the Ajax Works of Wood Milne, the forerunner of the BTR from 1905. 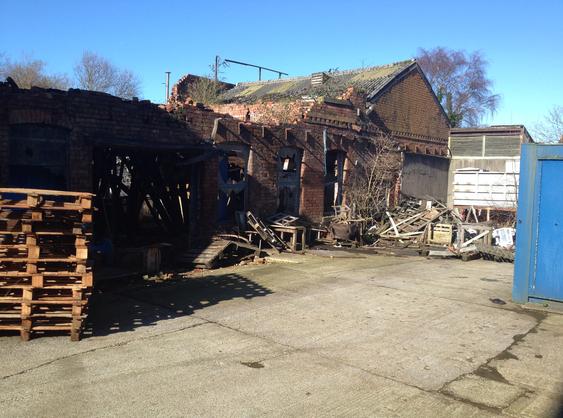 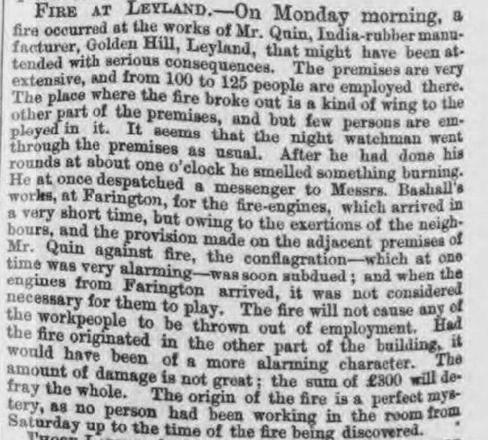 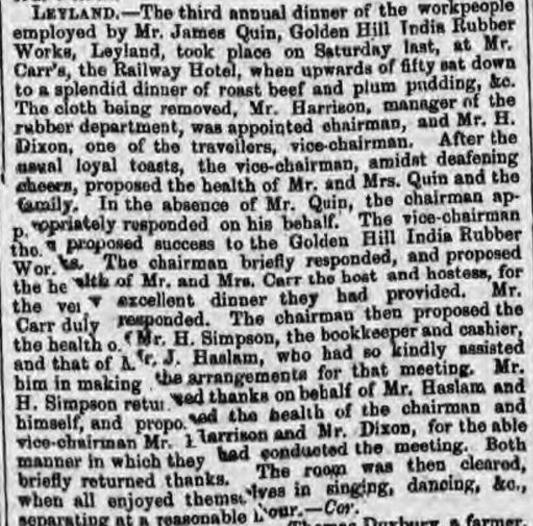 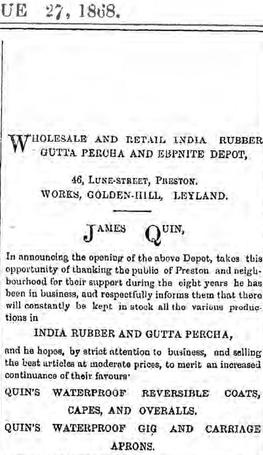 The Quin family had now moved to Laburnum Cottage on Water Street, the next property in the census being the home of James Sumner, whatever became of him.

It has previously been thought than James Quin started in premises at East Street, though recent information has come to light to suggest that his previously unnamed first firm was called Brookfield Rubber Company and based in the buildings that were built on the land Quin acquired north of Hough Lane, denoted on the map by the red line. 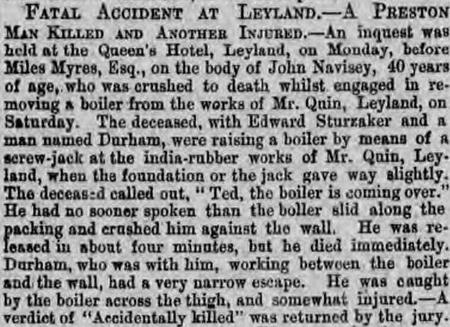 The first fire at the Golden Hill Factory.

The Rubber Industry comes to Leyland 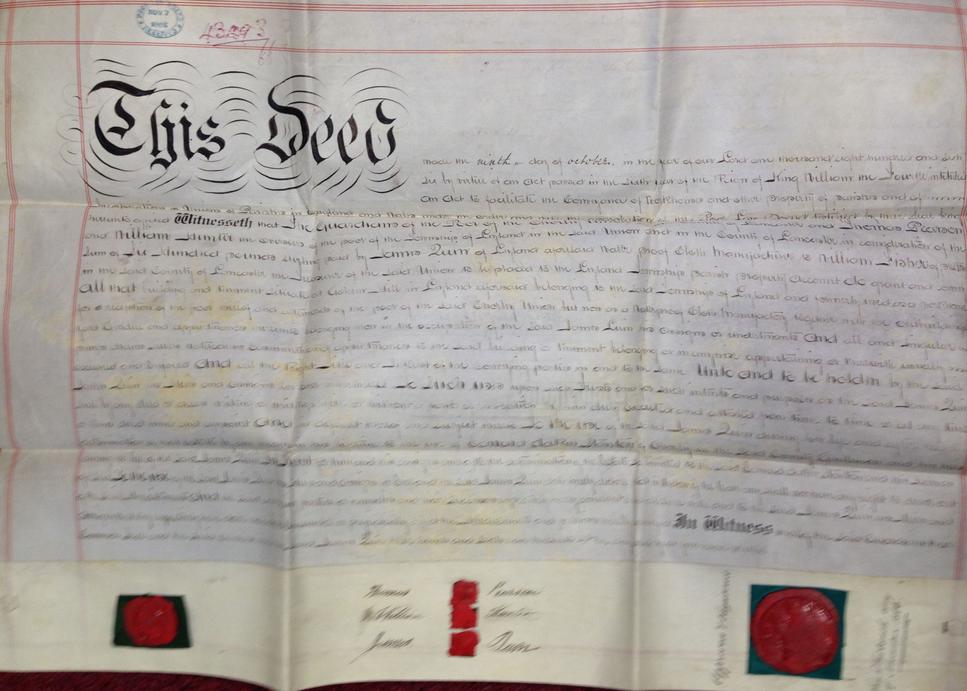 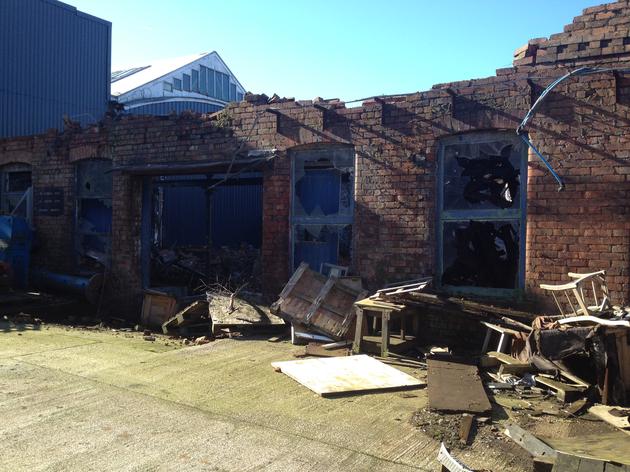 The Factory Act being implemented in a sad case of death by overwork. 32 hours with just a break for meals.
The Good Old Days. 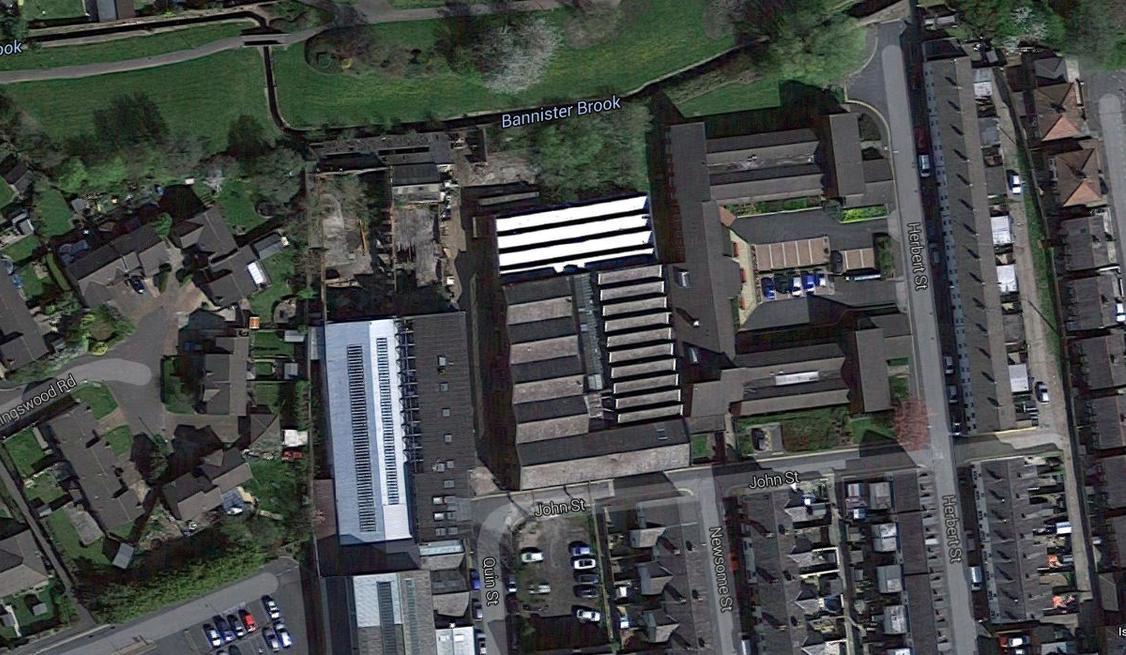 3. The Hancocks & The Early Rubber Industry 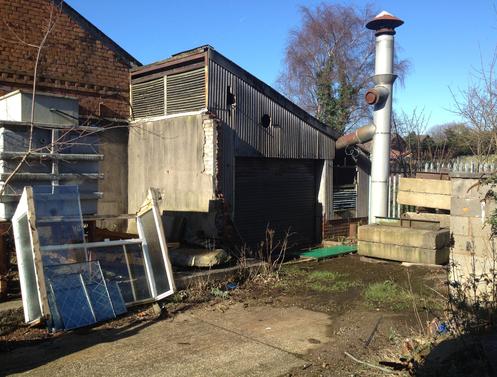 From going through the deeds relating to the factory the following advances to James Quin & Co can be traced.

Within the 1873 Abstract of Title it notes 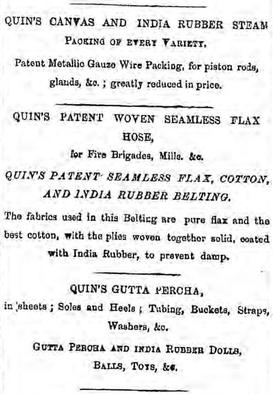 An intriguing notice appears in the Preston Chronicle on 6th June 1862.
Did this refer to the Brookfield Rubber or the Golden Hill site.
I could find no record of either Stephen Wilson or Edward Pateson in the 1861 census but when it came to look through the deeds things became slightly clearer or as clear as Mr Quin’s dealings get. But you will have to look at 1867.

The Conveyance dated 9th October 1866 transfers the workhouse from the Guardians of the Poor of the Chorley Union and Thomas Pearson and William Hunter to James Quin for £600.00 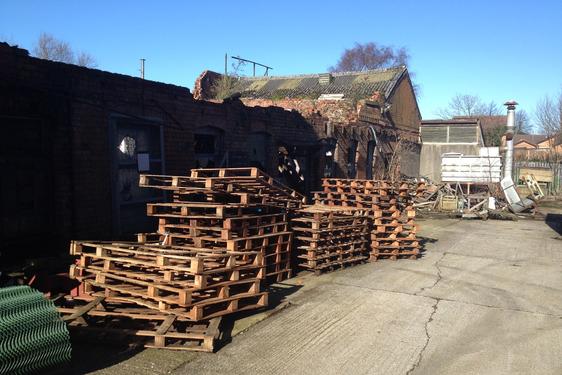 9th January, 1871 – Patent No 44. To James Quin and Robert Eastham, both of Leyland, near Preston, in the county of Lancaster, have given the like notice in respect of the invention of "improvements in railway signals."

10th February, 1871. - Patent No 356. To James Quin, of Leyland, in the county of Lancaster, India Rubber Manufacturer, and Robert Eastham, of the same place, Engineer, for the invention of "improvements in machinery or apparatus to be employed in the manufacture of hose and other similar piping”. 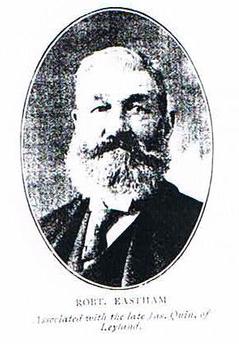 29th November 1869 – Patent No 3455. Joseph Edwards, Manager, of Bridge Cottage, Farington, near Preston, (Card Maker at Cotton Mill in 1871 Census) and James Quin, India Rubber, Manufacturer, of Golden Hill, Leyland, near Preston, both in the county of Lancaster, for an invention of " improved means for preventing roller laps on roller ends of machines for carding cotton, woollen, flax, or any other fibrous material." The record for James Quin states that he is a India Rubber Manufacturer employing 82 men, 5 boys and 25 women, totalling 112.

By analysing the Census data, we can locate 79 of these actually living in Leyland in 1871. The difference from previous censuses being that the Cotton Mills, Bleach Works and other small industries to that date had employed people from mainly Leyland. As we will see some of the Rubber Works employees were from further afield.

Though as we understand that James Lyne Hancock had sent some of his workforce up from London to train the Leyland employees it would seem that not many stayed.

The last two were a surprise as they seemed to all around Bradshaw Street.

Ages were another interesting breakdown

As the five Macintosh coat makers were from Manchester or Ireland, it would seem to have a transfer of workers from Charles Macintosh & Co. 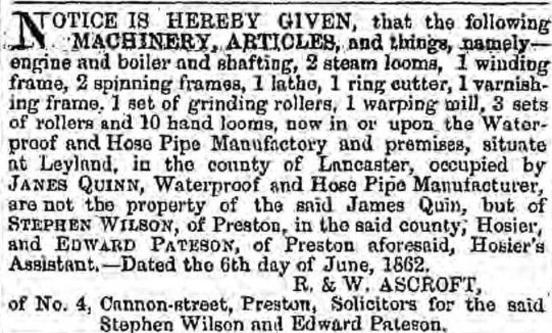 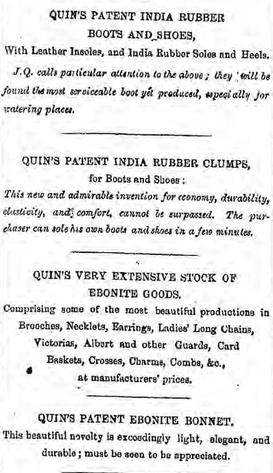 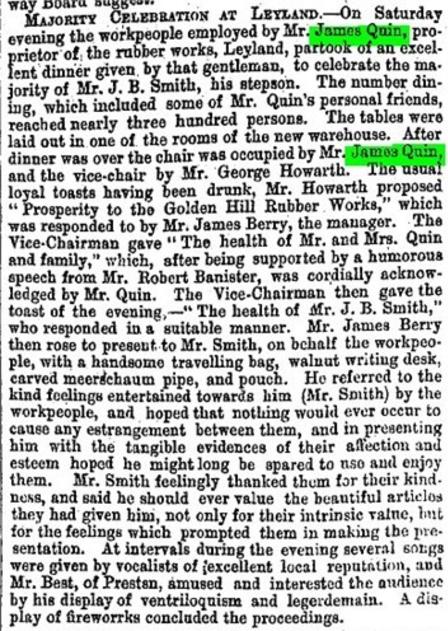 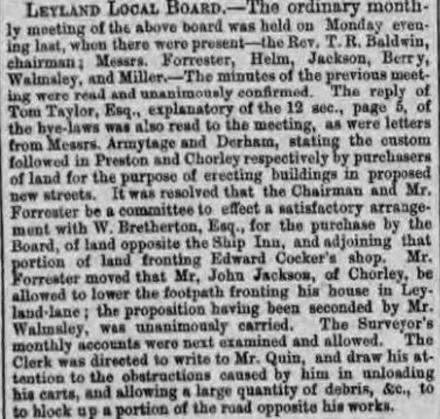 As can be seen, Rubber was the wonder product of the age, the same way plastic would be in the 20th century

Here is a full column advert which Quin ran weekly in the Preston Chronicle describing all his products. 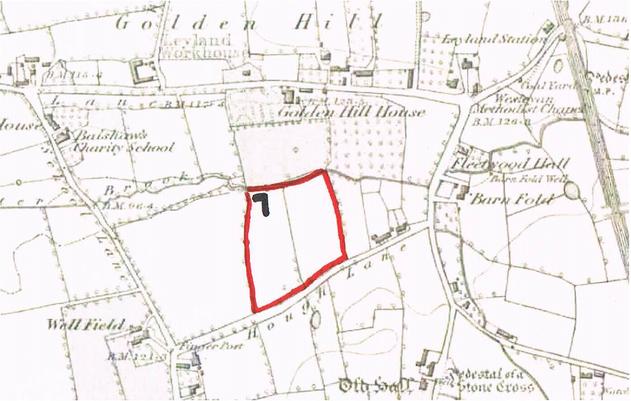 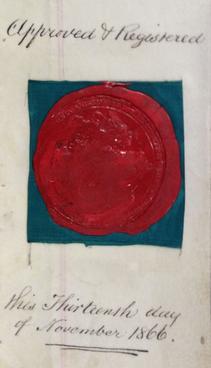 James Quin, of Leyland, in the county of Lancaster, has given the like notice in respect of the invention of "improvements in the manufacture of belting for driving machinery."

The buildings would later be bought by James Iddon to form the Iddon Brothers site, being renamed the Brookfield Iron Works. Whilst the rest of the Iddons site has been redeveloped over time, the original buildings can still be found at the bottom of the Iddons yard.