Cast your mind back to the financial changes back in 1880 when Quin mortgaged his properties for £10,000 to obtain monies for the factory after the fire. This loan and interest payments carried into the 20th century until a interesting item is entered in the abstract of title relating to the freehold of the houses and land off Hough Lane. This states that

4th August 1916  - Order of the Chancery of the County Palatine of Lancashire Manchester District in action of William Henry Houldsworth and Arthur Lavington Payne (Plaintiffs) and Herbert Newsome Quin (the son and only child and heir at law of the same James Quin who died on the 6th February 1886)  (Defendant)
Matters of the Courts (Emergency Powers) Acts 1914 & 1916
Entitled Houldsworth V Quin 1915 Letter H Number 126
Ordered that the defendant did henceforth stand absently debarred and foreclosed of and from all rights to title, equity and premiums.

In other words they were removing Herbert off the deeds as he could not be found. However, as we have seen Isabel and her family were still very much alive.
A charitable person might say well perhaps they did not see Quin’s will, which I only found in the probate files of a firm of Solicitors in Burton upon Trent, perhaps where Herbert or George Haworth were when they were doing their executors duties.
That was until I looked in the probate register for James Quin & Co Limited where they record any probates relating to share holders of which of course James Quin was one.
What did I find there, nothing. The pages for 1886 had been removed very professionally. So Isabel did not get her inheritance and died in March 1917. 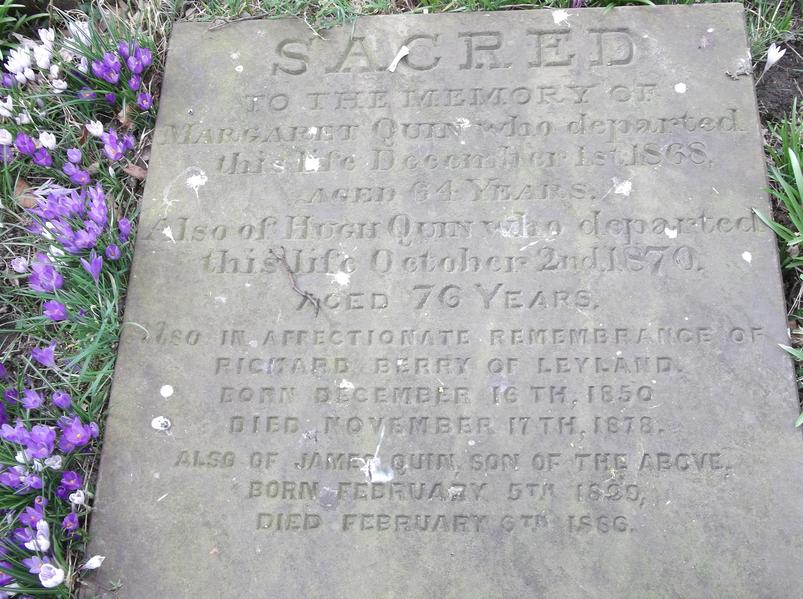 The details of James Quin life from 1883 until 1886 is somewhat vague.

The bankruptcy of stepson, John Berry Smith in 1882 would not have helped. The whole Brookfield Rubber saga from 1875, its incorporation in 1883 and its subsequent demise in 1886.

The change of name in 1885 and takeover in the board room may have been the result of James Quin’s health which had started to fail, we are not sure.

On January 26th 1886, James Quin made his will leaving all he possessed to his wife and on her death it was to be divided equally between his son Herbert Newsome Quin and his stepdaughter Isabella Smith. 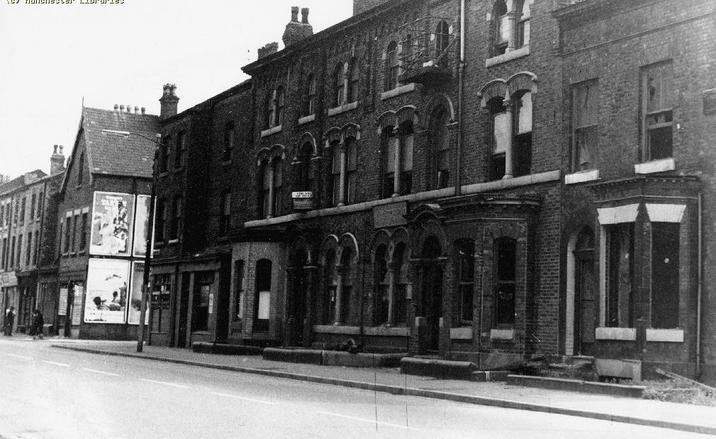 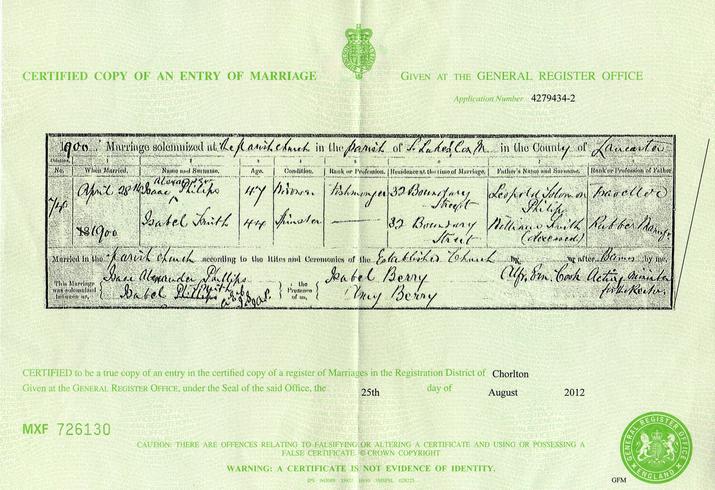 Isabel Smith got married for the first time on 11th April 1894 to Alexander Phillips, a fish dealer.

Her mother, Sarah Quin, died on 19th May 1897 in Salford with her granddaughter Amy in attendence.

1. Herbert Newsome Quin
After being an executor for James Quin, nothing is ever heard of Herbert in the UK records again, be it census, marriage or death records.
The only clue is for a Herbert Quin, who left Liverpool on 22nd November 1890 for New York aboard the ship Arizona. Further investigations in the Americas has as yet not brought any results.

2. Mary Ann Berry
The widow of Richard Berry, has her three children, Sarah Isabel, Amy Elizabeth (who stays with her grandmother and aunt Isabella) and Richard Herbert. She died on 1st March 1917 in Chorlton, Manchester.

3. John Berry Smith
After being bankrupt in 1882, he moved with his wife Elizabeth Ann and son William to Fleetwood where in the 1891 census he is listed as Foreman in a Rubber Works. By 1901 he is listed as Lubricating Oil dealer and by 1911 he is listed as a Commissioning Agent. He died in 1936 in Thornton Cleveleys.

4. Sarah Quin & Isabella Smith
To recap, James’s estate went to his widow Sarah and on her death equally to Herbert (disappeared) and Isabella, James’s stepdaughter.
By the 1891 census Sarah had moved to 205 Brunswick Street in Chorlton upon Medlock when she ran a boarding house with her daughter Isabella (now Isabel) and niece Amy.
As this was close to Manchester University, it would explain why two professors of music and a foreign correspondent were staying. 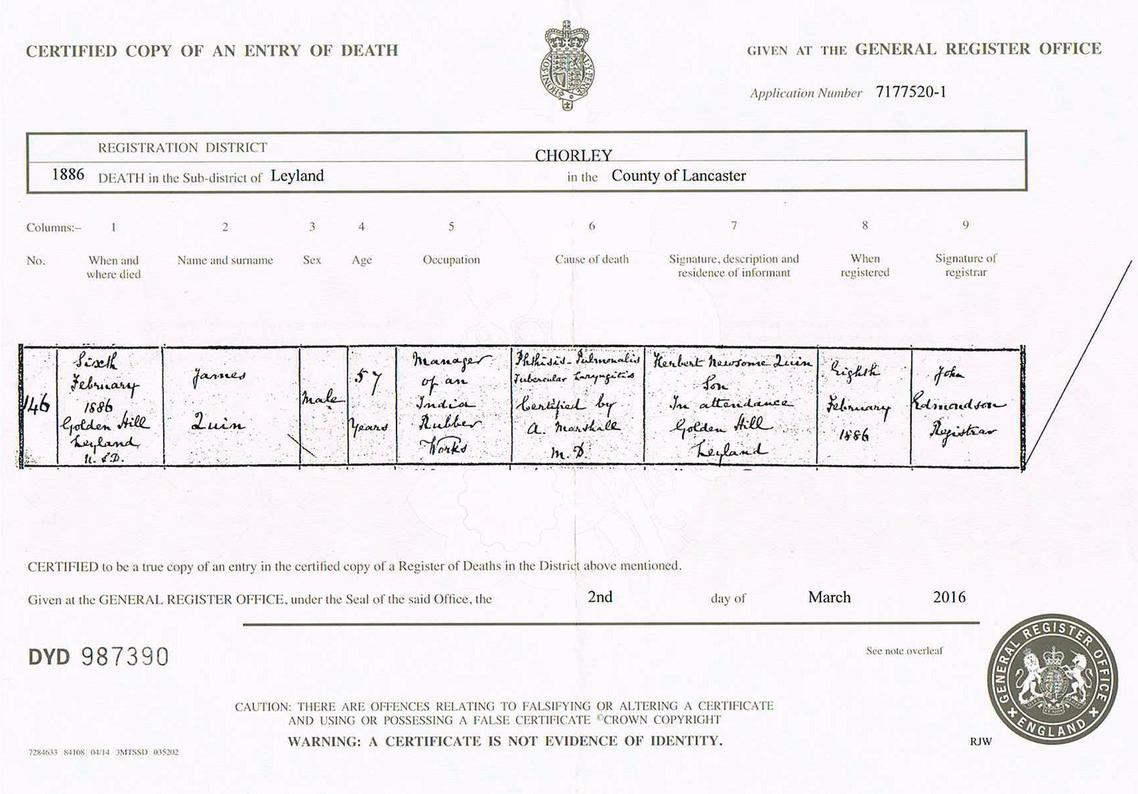 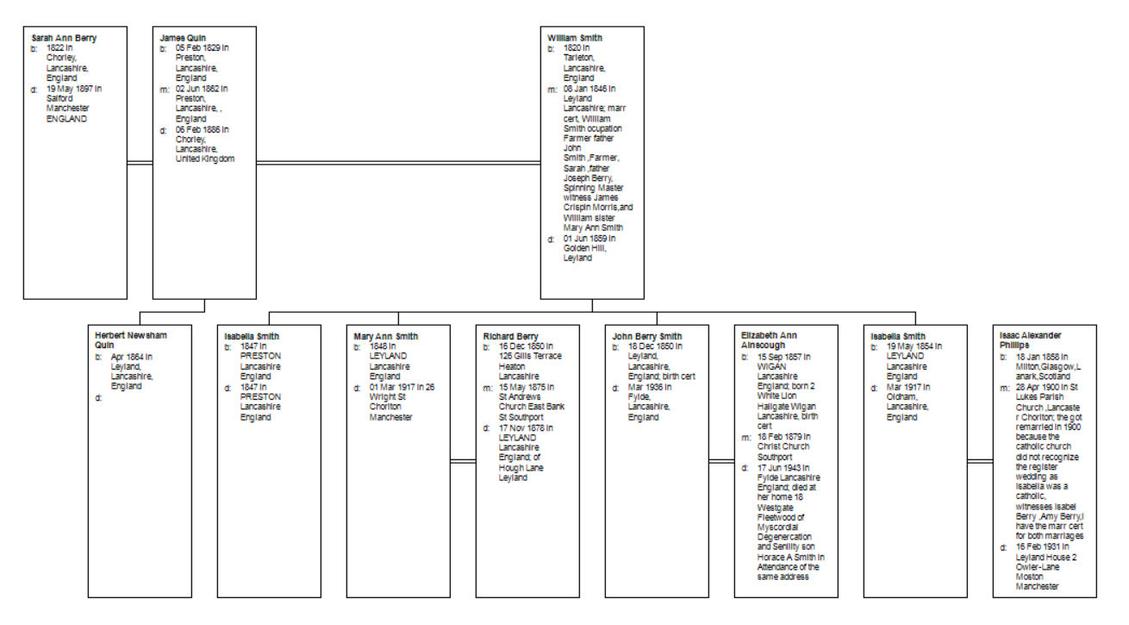 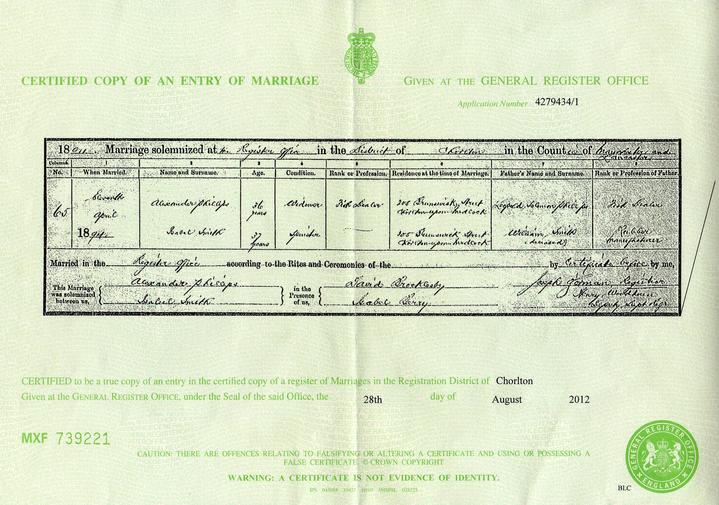 On 28th April 1900 Isabel again got married to Alexander Phillips because the catholic church did not recognize the original register office wedding.

They had three children, Leah Cecilia, Louis Alexander and Gilbert Leopold. It is Gilbert’s great grandson, Mark Philips, born in Wolverhampton in 1965 who should have the money but why not….

The last resting place of James Quin in the parish church graveyard.

He is just an addition to the grave of his parents, Hugh and Margaret Quin.

Richard Berry is the husband of his step daughter, Mary Ann.

Considering his standing in the town, it is a small epitaph to a big man.