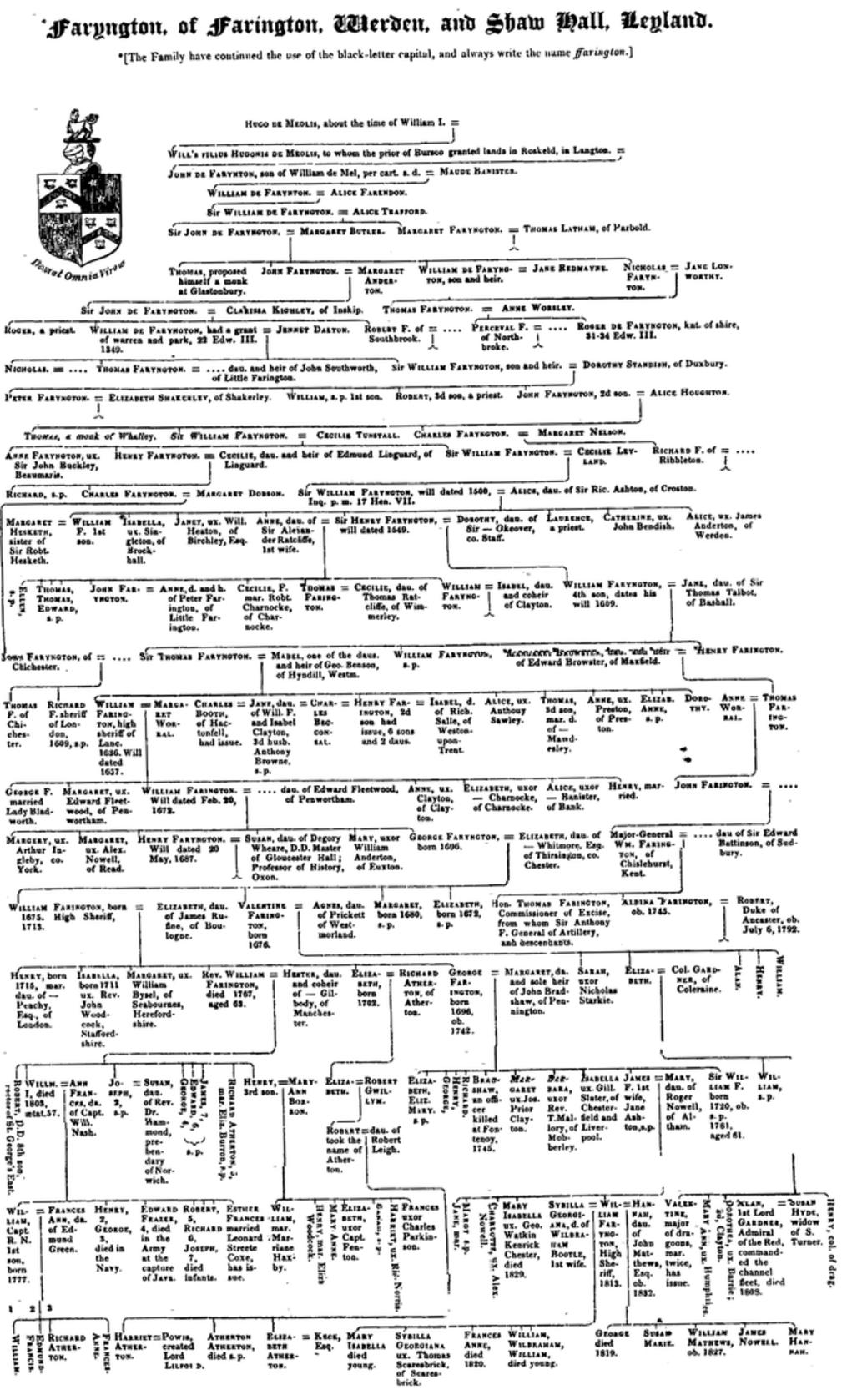 The hall was extensively damaged by fire in April 1941 and following the death of the last squire in 1946, the remaining furniture, tapestries, art treasures etc., were sold at a public sale in 1948. In November 1950, Leyland Urban District Council brought Worden Park and opened it to the public on June 18th 1951. The main part of the building was eventually demolished in the early 1960's.

Now only the oldest part of the hall, the Derby Wing, remains intact. Here was where the Campaign for the Protection of Rural England has their Lancashire headquarters and there is an Arts Centre run by South Ribble Borough Council. The coffee shop and crafts shops housed in the old stable yard are also a popular visitor attraction 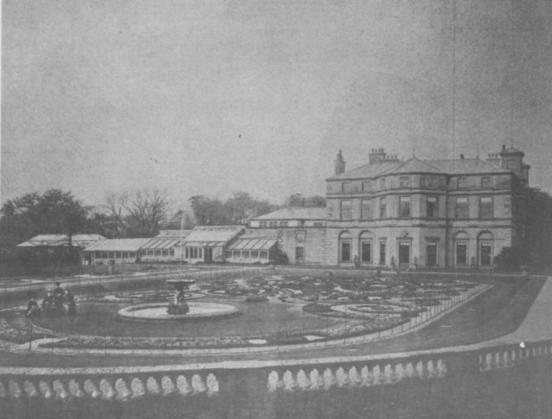 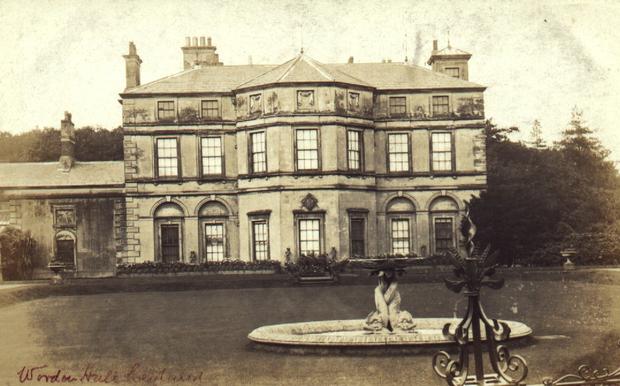 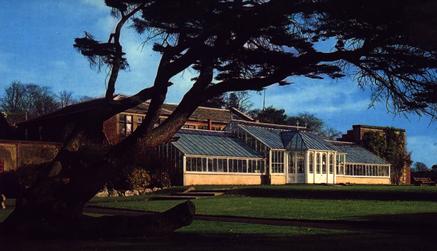 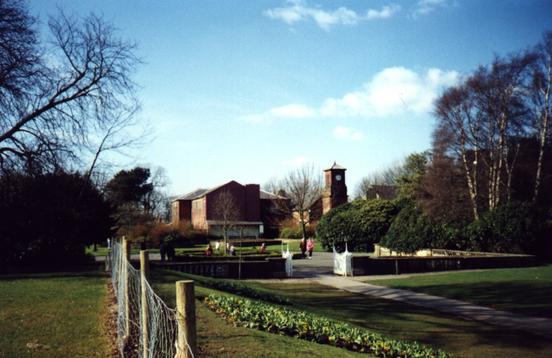 This was the principal home of the Farington family from 1715 - 1947, following their move from the old Worden Hall, now in the grounds of the Royal Ordnance Factory.

The hall, previously known as Shaw Hall, was largely rebuilt by Anthony Salvin in 1847 for James Nowell Farington. The gardens were also landscaped at this time by Salvin's brother-in-law William Andrew Nesfield. 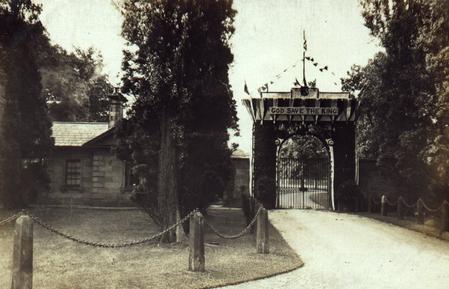 North Lodge and the Park Gates

These were built to the design of Anthony Salvin following the imparkation of Worden by the Faringtons and the completion of the boundary wall. Like the hall itself, the lodge and gates are Grade II listed buildings. 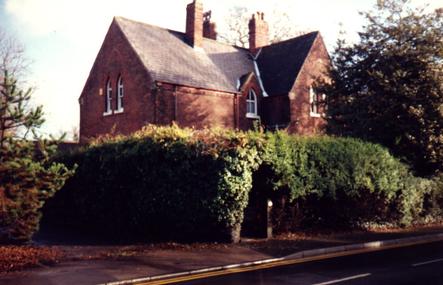 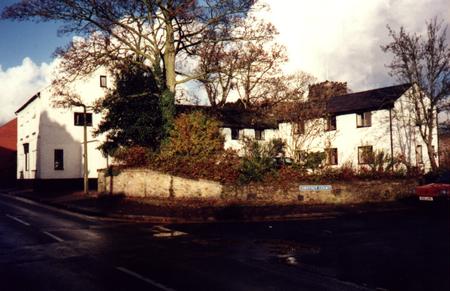 This eighteenth century house has been much altered and extended over recent years. A family called Clough appears in the Farington documents relating to the upkeep of Worden Lane or Whittaker Lane, as it was known then.

It has also been the home (amongst others) of Mr Morrell the nineteenth century land agent to the Faringtons (before he built Beechfield), his successor Mr Forrester (before he moved to Northbrook), Dr Berry (before he moved to Prospect House) and Dr Fraser whose surgery was at the top of the stairs over the stables.

Built 1855 for a Miss Ann Leigh Ryley, a friend of the Miss Faringtons, and sister-in-law to the Mrs Ryley who built the Ryley Alm Houses in Fox Lane. Originally no upstairs windows were allowed to overlook the park. Subsequent tenants have included a dentist, a solicitor and a doctor. The house was considerably enlarged in 1936 but still retains its attractive nineteenth century arched windows. 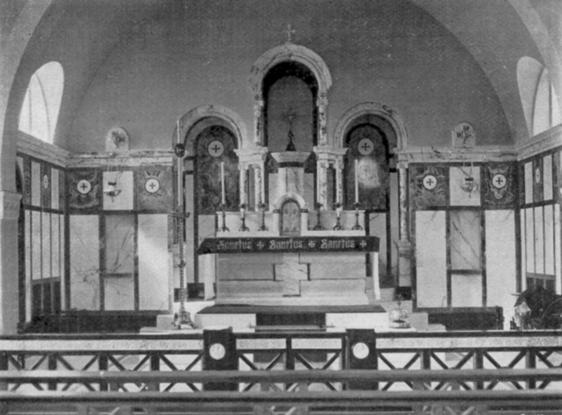 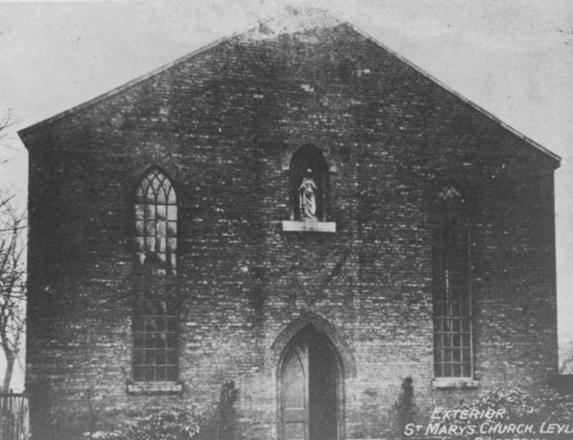 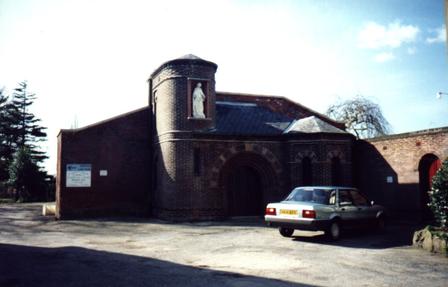 The Roman Catholic Mission was established in 1845 by the Rev. Henry Anselm Brewer, Provincial of the Northern Province of the Benedictines in England, and at the time Rector of St. Mary's, Brownedge, using the chapel in Leyland House until a church could be built.

The church was built in 1854 to accommodate the growing number of Roman Catholics in the area. It cost £500, the sum being raised by the efforts of the congregation and Father Charles Francis Kershaw. The church was enlarged in 1919 and served the Catholic population of Leyland until 1964, when the new church was opened on Broadfield Walk, the land formally being part of the Bleach Works estate. Even following that date the old church continued in use for recreational purposes until its eventual demolition in 1993.

This building stood almost opposite the Laurels and next to a large barn surrounded by an old orchard. An earlier house on this ancient holding was known as Clarks Barn possibly because the occupier was the parish clerk. Rose Cottage too was named after its first tenant, a gardener named Rose who worked for the Farington family. The final occupier of Rose Cottage before its demolition was John Jump the auctioneer.

This house was built in the early 1930's on Farington land and was the home of Mr and Mrs Wanklyn. Mr Wanklyn was the squires cousin and he and his wife eventually moved in with the squire at Worden Hall following the death of the squires mother in 1938.

This house was built in 1775 by William and Margaret Pollard, the son of the Rev. Timothy Pollard, Vicar of Lytham. Following the death of William Pollard in 1824, his son William lived for part of the year in Leyland House and the rest of the year somewhere in Wales. He later let the house to Mrs Baldwin, who was the widow of William Baldwin, attorney, who was the brother of Rev. Thomas Baldwin and grandmother of the Rev. Leyland Baldwin.

Following the death of William Pollard, the family continued in occupation until 1844 when the house was acquired by Dr John Smith with the object of using it as a place of Roman Catholic worship. In the summer of 1845, a chapel to St. Andrew the Apostle was opened in the house and for a number of weeks Father Brewer rode over from Brownedge on horseback to take the Sunday services. In the autumn, he appointed his curate, Father Maurius Shepherd, to take charge of the Mission. 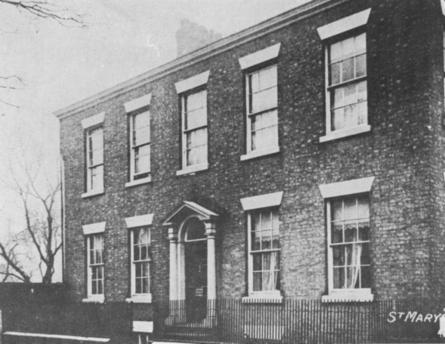 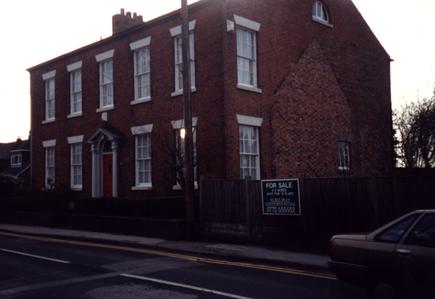 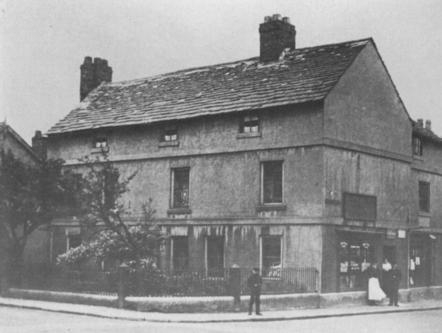 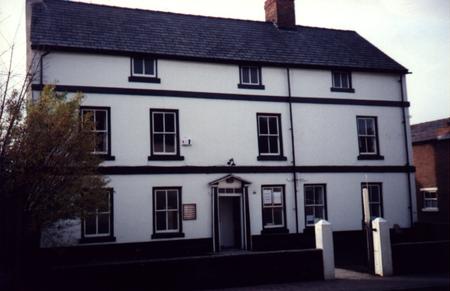 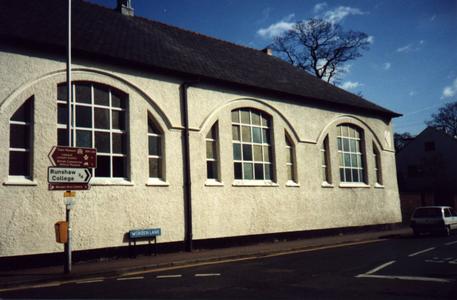 This road has had many names the earliest being Whittaker Lane, followed by Lodge Lane and New Road.

The parish hall was built by the Rev Ensor on the site of the old vicarage barn in 1927. The old barn had held the village’s first steam driven fire engine. Although it was unable to travel at any great speed, it was very effective as a fire-fighting machine.

This is reputed to be the earliest house site in Leyland; it was for many years the home of the widow of George Farington. She was Margaret Bradshaw, the sole heiress of John Bradshaw of Pennington, who had twelve children. She lived in the house until her death in 1771, aged 70. The house remaining in the ownership of the Farington family until the 1940's. The name of the house is a corruption of the name “Oakenshaw”.

The house was later reputed to have been used as a public house and hotel known as “John o’ Gaunt”; no documentary evidence however has confirmed this. The building then becoming a chemists shop and a post office, the proprietor being Mr Quarton Houlden. The first telegram being sent out of Leyland from this building. Another part of the building was used as a home and printing works (1911-1931) of the well-known Leyland firm of Threlfalls, who were also newsagents and tobacconists. It later became a doctor’s surgery before recently becoming the home of South Ribble Venture.

The land between Occleshaw House and Leyland House was the site of three dwellings known collectively as Pollard Hall, demolished in 1969. It is thought that there may well have been dwellings on this plot of land from the early decades of the thirteenth century. The name Pollard dates from 1764 when one of the occupiers of the site, Margaret Nowell, married a certain William Pollard. 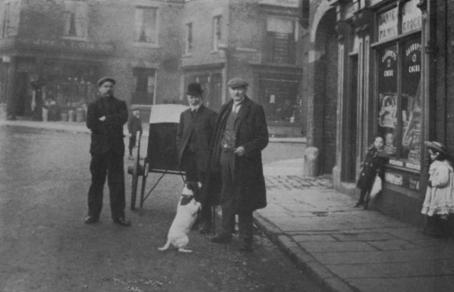 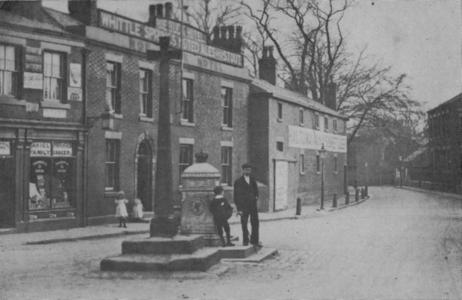 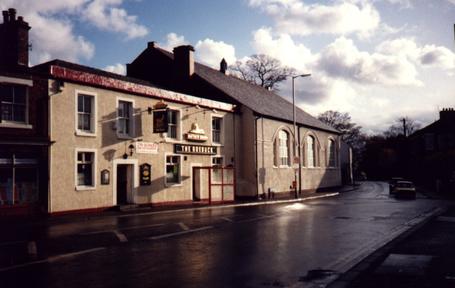 The shop at the Cross

The small shop between the entry into the Roebuck coaching inn yard and the public house itself was a sweet shop for many years under the ownership of Daniel Swarbrick and later Polly Darwin. The property remaining empty until it was occupied by the Leyland & District Model Railway Society.

This public house is built on the site of the oldest pub in Leyland, its previous name prior to 1824 being " The Stag ". Many local families have been involved in the running of the pub including the Critchleys and the Iddons until Whittle Springs Brewery took over the public house. This was the venue for the Worden tenants dinners. It is now the Withy Arms. 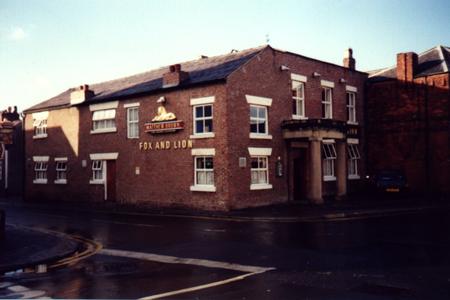 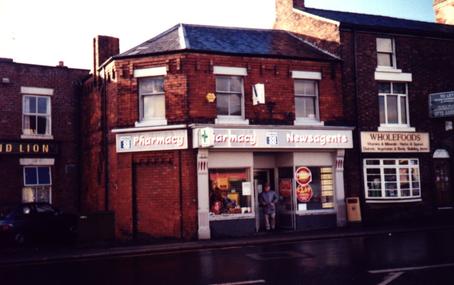 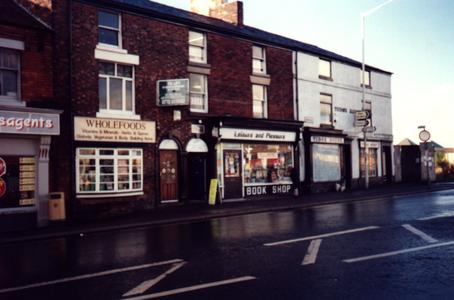 The three storey buildings on the west side of the Cross have had many uses, the warehouse behind the three doored building was owned in the mid 1790's by John Horrocks of Preston. The Tudor House gets its name from a pun as the building had two doors (tu-dor).

The shop at the Cross has been a newsagent for the past hundred years being built in 1880, the most famous owner being John Threlfall, who also ran a small printing firm. It became the final resting place for the Co - op Chemists in Leyland before its closure in 1994.

The public house at the Cross seems to have been created from a row of cottages with a fake Georgian frontage. The name until 1800 being the Ring O’'Bells, then changed to the Bay Horse. .

The village cross, which stands in the middle of the road at the junction of Towngate and Church Road, about one hundred yards west of St Andrews Parish Church, probably dates back to Saxon times and is the oldest construction known to exist in Leyland. There were four steps, though the shaft and cross have been replaced many times after numerous collisions with different forms of transport.

Until 1887, there were two gas lamps attached to the top of the shaft, these lamps were removed and the cross restored to the design of Charles Deacon., Architect of Liverpool, funded by the Rev. T. Rigby Baldwin and Miss Susan Maria Farington.

The stocks were removed that year and a new fountain and water trough were set up and connected to the main water supply to celebrate the Golden Jubilee of Queen Victoria, replacing the old iron pump and stone water trough which were removed. The fountain stands approximately over the old well though recent investigations have found that the cross has been moved about a foot on its base.

THE VILLAGE & THE SQUIRE. 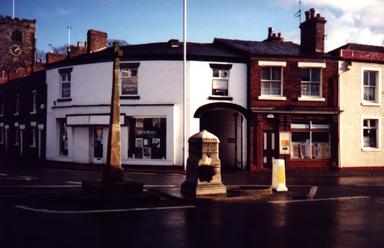 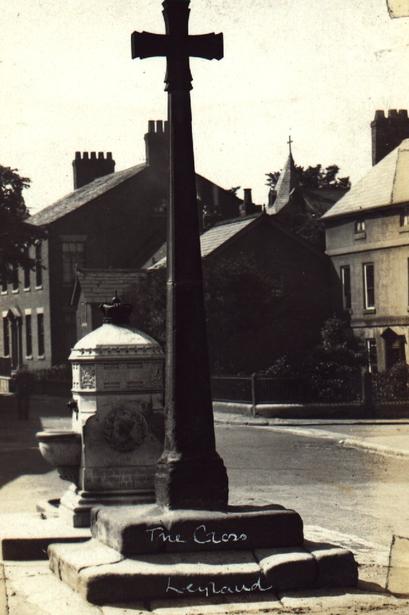