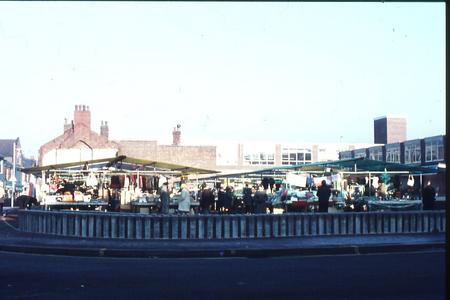 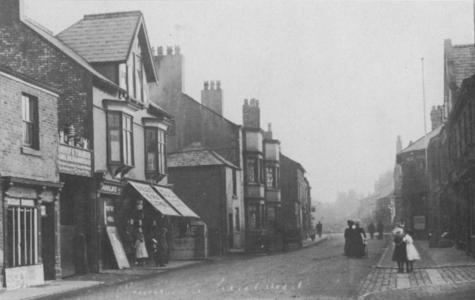 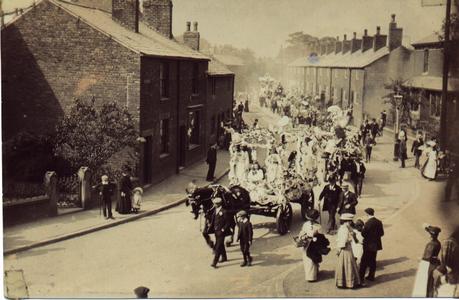 The Village & The Squire
Towngate - West Side
Festival Route Map

The church is said to have been built in 1050. In 1086, it was recorded in the Domesday Book that among the inhabitants of Leyland there was a priest, who would no doubt have a place of worship. In 1220 a new church was built and the chancel of this church still stands today. The tower is said to date from 1220, but has been extensively restored C 1500. There are many emblems carved near the top of the tower to commemorate some of the notable people involved in the work.

In 1816, the nave was taken down and rebuilt the following year, the width being increased by nineteen feet. When the old walls were taken down, the foundations were left in below the floor of the nave. When alterations were made in 1852 in the south - east corner removing some of the old foundations, there were fragments of a still earlier church found including 12th century masonry, incised slabs and parts of stone coffins. 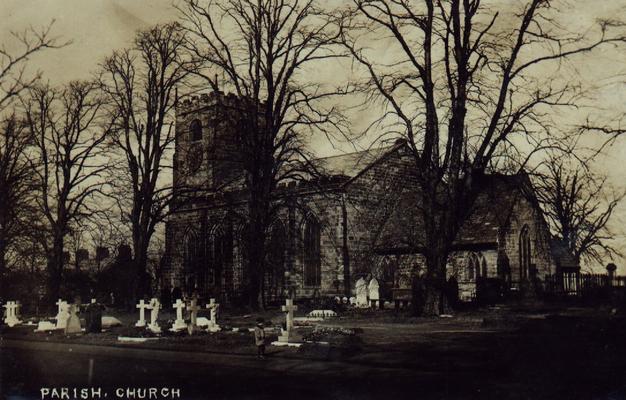 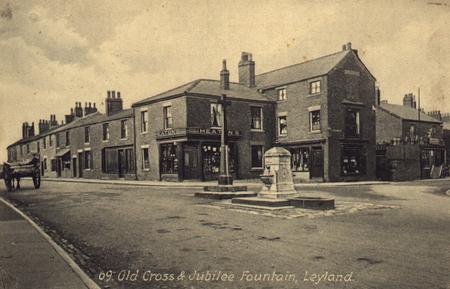 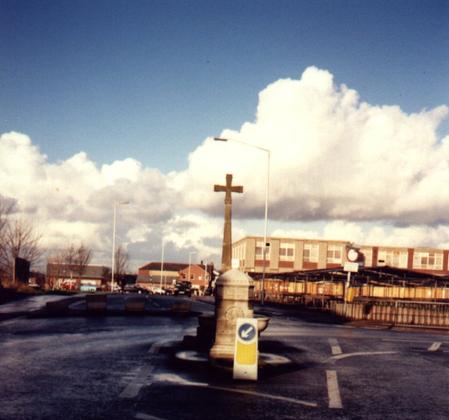 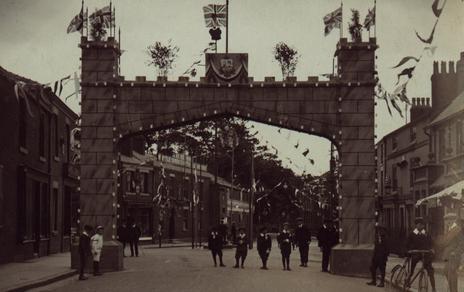 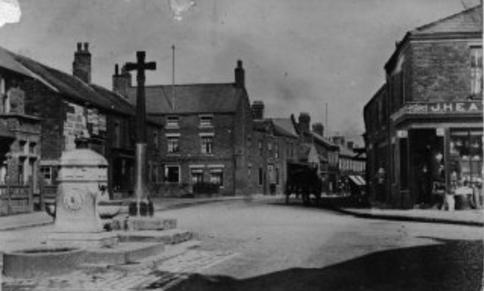 This area has had many names including the George V Playing Fields, the name with a different King later appearing on Worden Park as the name of the children's playground. The Rec (short for recreation ground, not a description of the area), was the usual scene for the visits of the Fairs and Circuses until the building of the supermarket car park led to the visiting shows having to relocate to West Paddock.

The new market place, opened on December 4th 1970, replaced the former site further down Towngate. The shops demolished in this area included Heatons Iron mongers situated on the corner of Church Road, nearby there was also the Bolans decorating shop and Brindles cycle shop.

The first stage of the redevelopment of Central Leyland by Metrolands began with the new Co - op Superstore and the adjacent shop units and open-air market.

What started in 1970 as a modern, thriving store gradually succumbed to the changing economic climate of the late 1970's / early 1980's finally closing down in 1987. It then stood empty merely adding to the scene of dereliction that was the old centre of Leyland until the coming of Tesco. 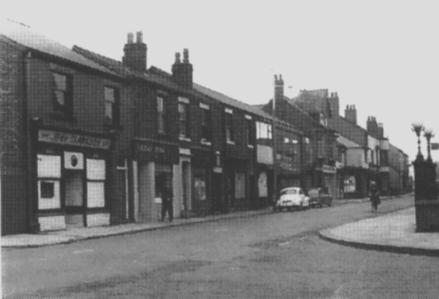 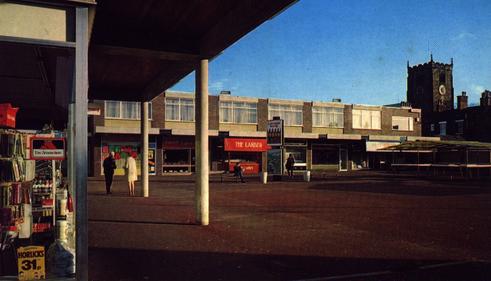 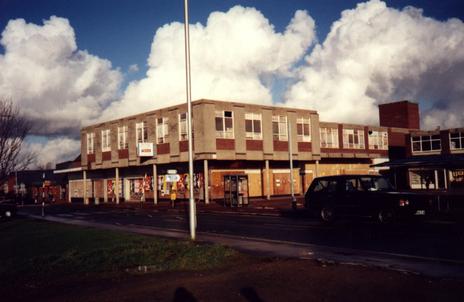 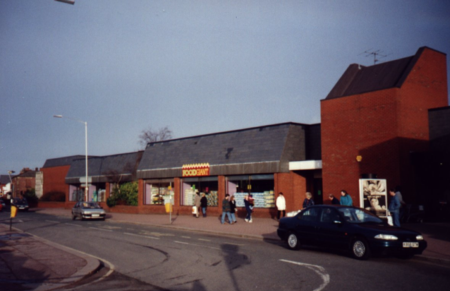 Food Giant and the Mall

Though to take one shop as an example, Arthur Cocker - Decorator, from the late 1920's to the early 1960's had been up to 1918 "Bradleys - Men's & Boys Outfitters", and after Cockers until demolition the National Coal Board.

While Bakers the Chemists moved into the new shopping precinct, it is not clear whether "Bakers Breathe Easy" continued to be produced. The advertisement in the 1969 Festival Programme states that it was " highly approved and strongly recommended on account of its safe and effective character, containing neither opiate nor other objectionable ingredients. Its soothing and expectorant properties make it an invaluable remedy for the treatment of coughs, colds, bronchitis and difficulty in breathing all for 2/3 or 3/11!

A large house with bay windows being the home of John Stanning before he moved down to his new house adjoining the factory on Broadfield. It was also home to Dr. John Smith who with Dr. Barnes attended the sick at the Leyland Workhouse on Golden Hill Lane. Dr. Smith it was who bought Leyland House in Worden Lane for the use of the Roman Catholics of Leyland.

When the shops had been demolished, there was quite a delay before the redevelopment that became the supermarket could be completed. The hoardings that surrounded the site were therefore used as an official painting exhibition organised by Mr Stanley with the help of local schoolchildren who depicted the history of Leyland on the large boards.

The subsequent owners of the supermarket when opened in 1979 were many and to date include Mainstop, Carrefour, International, Gateway, Food Giant and now it’s the new Tesco. 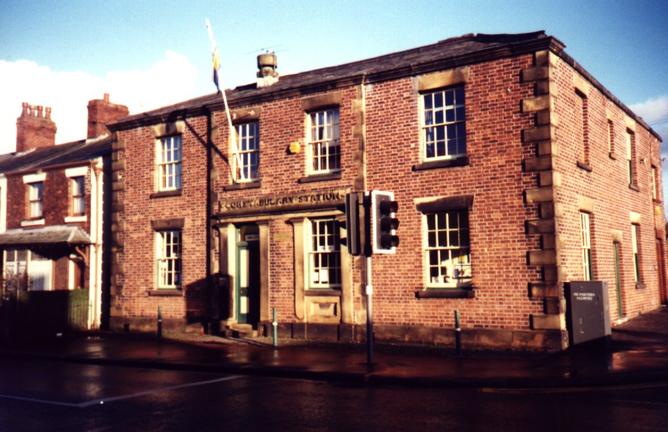 As denoted on the front of the building, this was Leyland's first constabulary station, being established in approximately 1857, the Lancashire Constabulary being formed in 1839. This building was designed to accommodate a married sergeant and a married constable. Two cells were provided but there were no court facilities and this omission may account for its premature closure. When they moved to their new station on Golden Hill in 1882, it was used for police accommodation.

In the 1930's, the library, which until then had been conducted from a room under the stage in the public hall, moved into the building, remaining there until in the early seventies. Leyland finally got a purpose built building on Lancastergate; the old building now being home to the Job Club on the ground floor while upstairs is the Navy Club, previously the Hall Club. 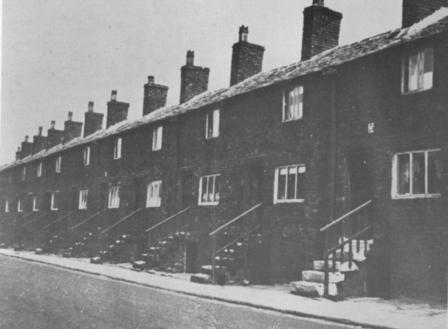 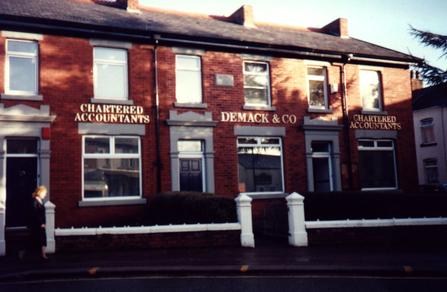 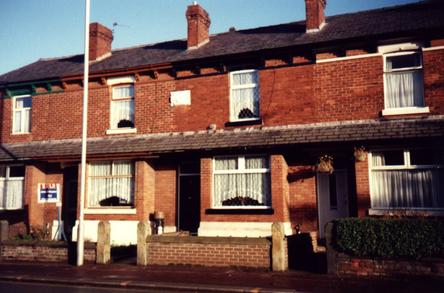 This terrace was built in 1887, named to commemorate General Gordon of Khartoum, the design of the terrace being identical to another terrace in Stanley Street, off Turpin Green Lane, which was built two years later and named Goulding Terrace.

With a date stone reading M over J & S 1897, this property is built on the site of Coopers Farm, which was on the edge of the village.

Formerly the site of the Coup's Candle factory, this building was used by the school across the road while it was being rebuilt in 1897. The site was then taken over by John Tomlinson's timber yard. 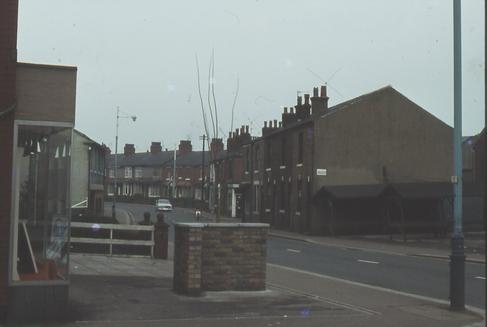 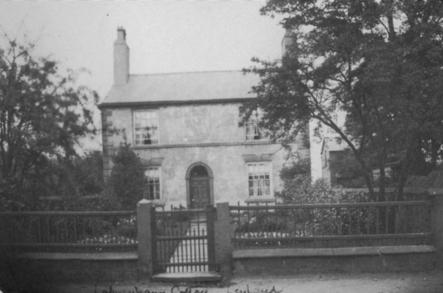 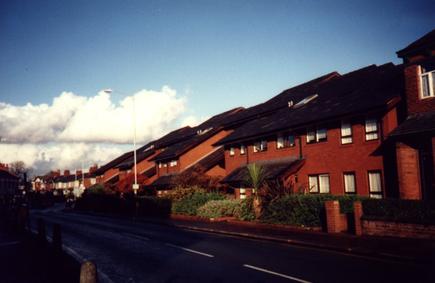 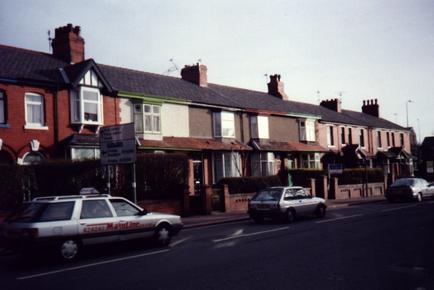 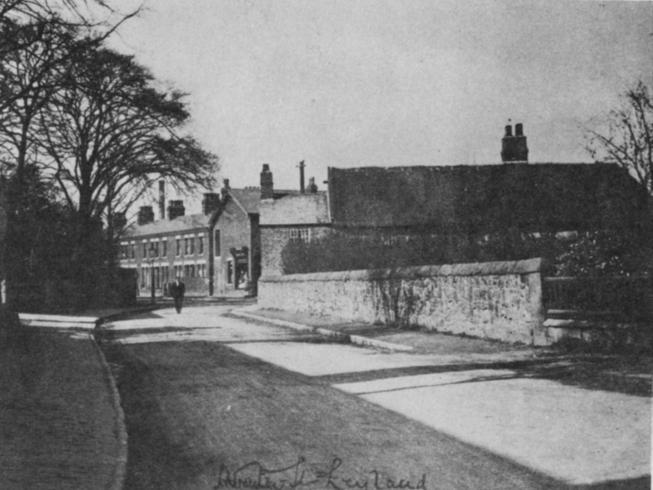 The terrace was built to replace Laburnum Cottage, the home of James Quin, who had the rubber manufacturing business in Golden Hill Lane prior to the formation of the Leyland & Birmingham Rubber Company.

On this site, there stood a row of step houses, this area then being known as Water Street, from the number of springs and wells that could be found hereabouts. These houses were built for the use of handloom weavers, with each house having a cellar and two floors for living accommodation. There was twelve in the row, the north end house being larger, occupied by the merchant manager, who organised the weaving and purchased the finished cloth, his cellar being the managers warehouse.

At one time the cottages were owned by the Brethertons of Runshaw Hall. In 1844, the owners were the heirs of John Finch, and the manager's cottage was occupied by John Snape. The last known hand loom weaver in these cottages was Mr. Hugh Holding, who at one time lived at Sodd Hall, which stood on Leyland Moss.

It was in this house that Richard and Alice Sumner lived between 1850 and 1860 and where in 1859, their son James was born. It was this James Sumner, who later made the steam tricycle, which eventually led to the formation of the Lancashire Steam Motor Company and later to Leyland Motors Ltd. When in 1936, the eight most southern step houses were demolished, a new market place was opened, the wooden permanent stalls being adjacent to Towngate. The old market on Golden Hill Lane eventually closed.

The remaining three houses and managers house which had since become a greengrocers shop managed to survive until the market was again moved in 1970 to the next position at the Cross. The whole site then, including a short terrace in Forge Street, being redeveloped into the present day sheltered accommodation.