Festival Route Map
Down into Leyland
Hough Lane - South Side 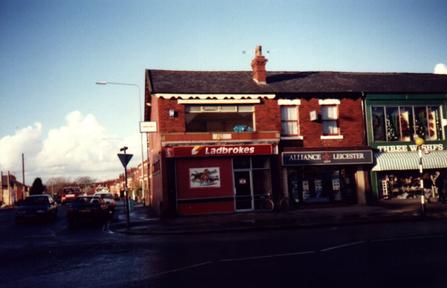 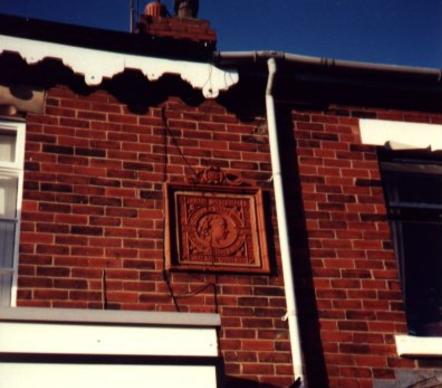 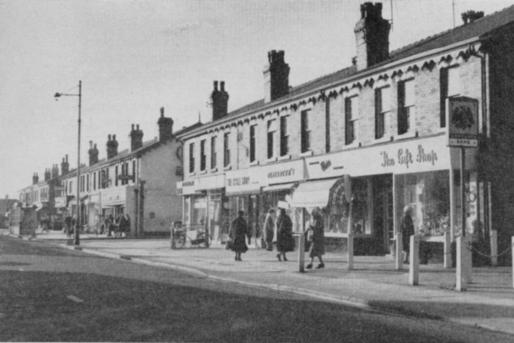 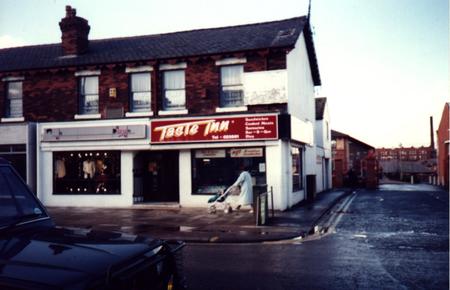 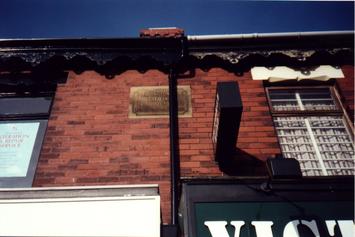 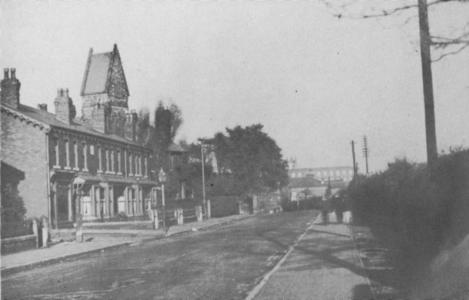 These rows of terraces are all known as Wellington Terrace, were built in the sixtieth year of Queen Victoria's reign namely 1897 as denoted on the two terrace nameplates, the terra cotta design, with Queen Victoria in relief near the junction with School Lane is in particular good condition.

There have been many shops in this terrace, one of the first being the Cash Corner owned by a Mr Parkinson who later sold out to the Leyland and Farington Co-op Society. Other famous occupants included Howarth & Holden - the electricians, Walter Henshaw - insurance brokers, Chisnalls pram shop and Plaistows, the newsagents.

This street was the main entrance to the Leyland Motors North Works, which was demolished in the late seventies after the factory had been closed, the work being transferred to the Spurrier Works. The former offices of the company were on the left, until they burnt down. In the distance can be seen the Leyland & Birmingham Rubber Company building, part of which was built on the site of the Leyland Workhouse.

The premises eventually becoming the National Co - operative Chemists were on the corner of Northcote Street and Hough Lane, the shop closing when the chemists were transferred to the new store on Towngate in 1970, eventually moving to the newsagents at the Cross, though this now being closed.

These two houses stood on the junction of Hough Lane and Quin Street. The house on the left, Spring Bank, last occupant, Barclays Bank before being demolished and the house on the right, Lily Bank later became the Midland Bank.

These semi-detached houses were built by David Grant, who was also the architect for the Congregational Church. He had his office at the side entrance of Lily Bank, acting also for the Leyland & Farington Building Society. It was later occupied by amongst others,  Charles Elliott, manager of the Leyland Gas Co and Dr Johnson before he built his house on the corner of Hough Lane and Towngate.

Spring Bank was for a number of years the home of Henry Spurrier of Leyland Motors Ltd., and his son who became Sir Henry Spurrier was born there. Both houses were later used as Doctors and Dentists before becoming the banks we used to know. 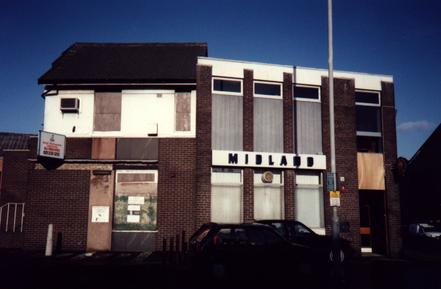 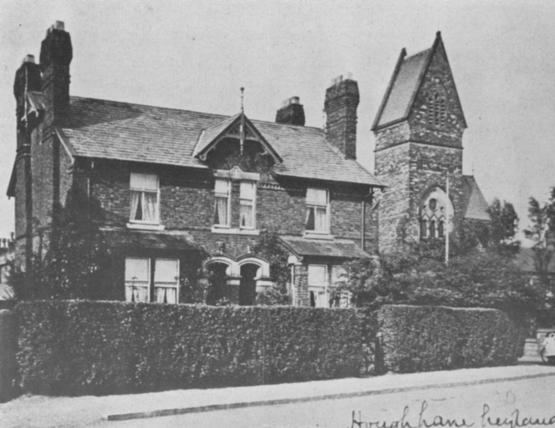 In 1874, when the Ebenezer Chapel in Towngate became too small for the worshippers, it was decided to build a new church and school. Mr J.G. McMinnies, of Farington Lodge, secured the land in Hough Lane on a 999-year lease, the ground rent being paid by him for the rest of his life.

The plans for the new church and school were prepared by David Grant, architect, of Lily Bank, Hough Lane. The new church was opened on October 12th, 1877, and is built of stone with a lofty roof and a tower 80 feet high. There is accommodation for 480 people, the cost of construction being approximately £6,000.

In 1888, Mr James Iddon, a pioneer of the rubber industry, after two years in the U.S.A. and three years as Chief Engineer to the Leyland Rubber Company, founded the firm of Iddon Brothers in Leyland. The firm, still on its original site in Quin Street, is known worldwide as manufacturers of specialist machinery. 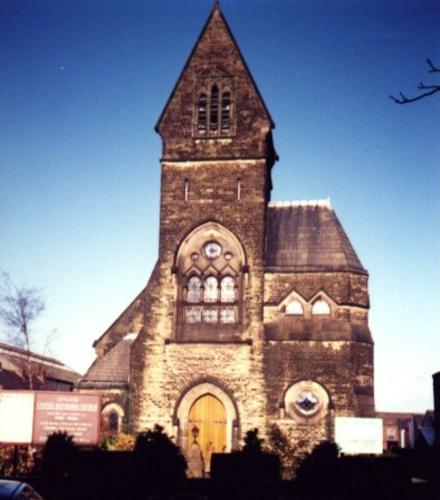 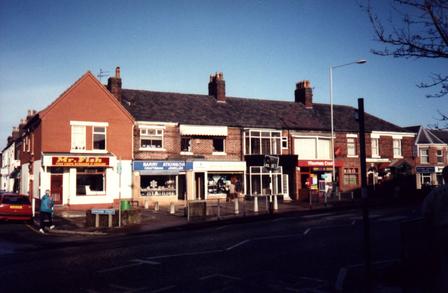 These houses were built for James Quin, the rubber man, we believe to the design of David Grant, the architect. Most of these houses had long gardens, which have only finally disappeared in the last thirty years.

The mystery of Herbert Newsome Quin remains though as after his fathers death and the change of the company to Leyland Rubber Company, he disappears not appearing in any marriage, census or death records. One theory is that he disappeared abroad with his share of the company but no emigration records have yet been found. 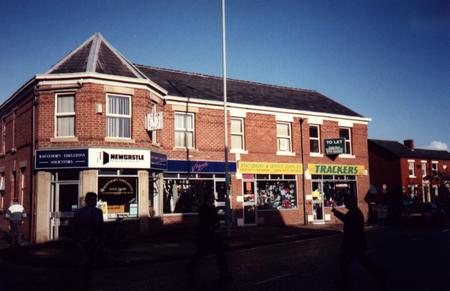 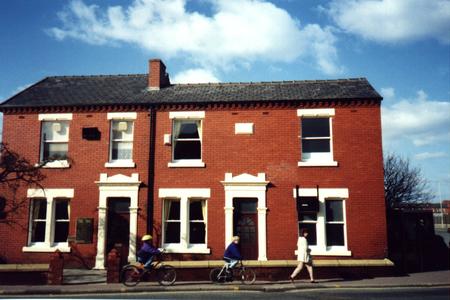 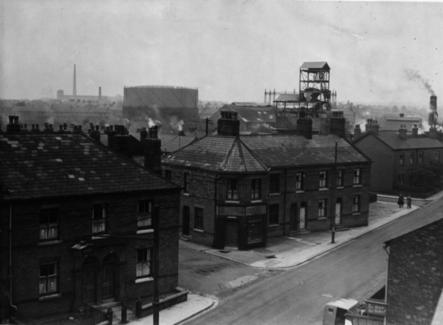 The width of the road and footpaths show how the houses had long gardens, the name of the road comes from the Houghs Tenement which was on the site of the Gables public house.

Whilst the 1844 Map showed only the hand loom weavers cottages at the eastern end of the lane, the later 1893 Map detailed the new terraces from Turpin Green Lane to Dorothy Avenue, with Herbert, Newsome and Quin Streets being built up, the terraces at the heads of the streets on Hough Lane also built. The only other buildings along the lane on both sides, being the Congregational Chapel and the semi detached houses known as Lily Bank and Spring Bank.

This large town house was built in 1892 for one of the village’s new breed of industrialists, before eventually becoming the Dentists surgery it is today.

These houses were built at the end of the nineteenth century by the owners of the rubber works for the workers. These have all now become shops with the main shop on the left being a selling-out shop or off-licence under the name of Glovers, eventually becoming the Lion off-licence owned by Matthew Brown brewery. A doctor’s surgery being established in the other terrace houses. 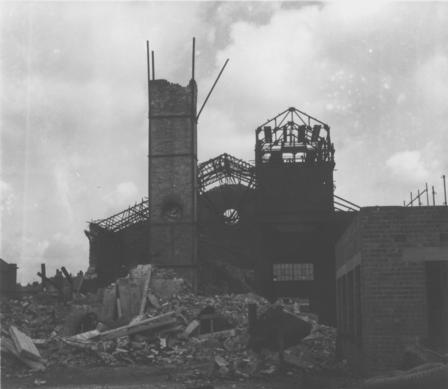 When the Gas Works was demolished in the early sixties to make way for Churchill Way, there not only disappeared the sight but also the smell of an industry. This was built after the Leyland & Farington Gas Company was registered in 1856 and empowered in 1863, the first Gas Works being sited behind the Ship Inn in Towngate.

Even though the Gas Works only just intruded on Hough Lane in a physical sense, its presence through to the end of gas production in September 1956 was hard to ignore. A Fishwicks bus conductor during World War Two always referred to the Gas Works bus stop as " Leyland Perfumery ". The retort house was demolished in May / June 1964.

The oldest buildings of Hough Lane were also levelled, a group of former handloom weavers cottages built around the early eighteenth century, which were situated next to the aptly named Rhubarb field. .

The road leading off the Roundabout to the east, logically called East Street, used to lead up to the Brook Mill site, later taken over by Leyland Paints, though following their demise, the area is now the Mill Brook Estate.

Leyland's other cinema, the Palace, was run by the Bell family for many years, before converting to Bingo in the early 1960's, as was the trend at the time.

The Warehouse and Bakery for the Leyland & Farington Co - operative Society was built on East Street. There was also stabling for the horses, (most deliveries were done by horse and cart) and garaging for the Society's motor vehicles. 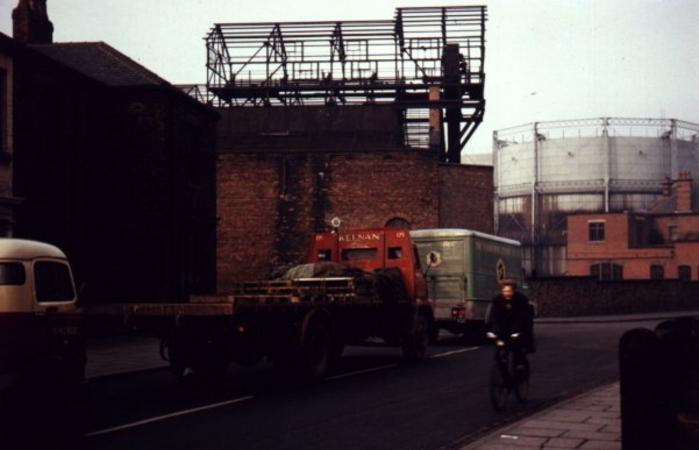 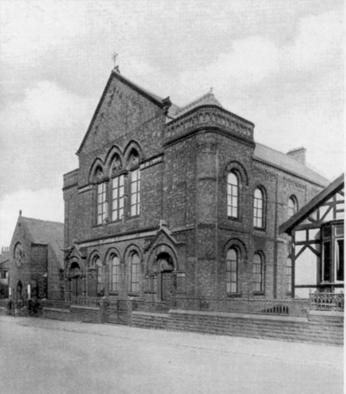 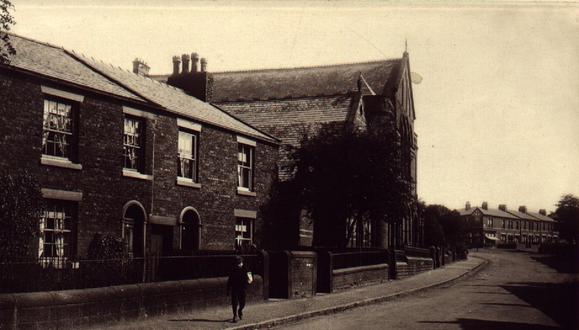 The buildings at the corner of Hough Lane included the original branch of the Midland Bank, which used the previous Post Office building prior to the move further up Hough Lane. Another shop was known as the Cabin or Dolly’s, a favourite sweet shop amongst the young. When the buildings were demolished to make way for the roundabout, the new building became a car showroom, before becoming the present furniture store.

The row of old shops on the east side of Turpin Green Lane, used to house the businesses of Pennine Dry Cleaners, Photo Merit (the previous use being Shoe Repairers and Ladies Hairdressers) while the present Security Dealers premises, was formally William Miller, the tailor before becoming Stan Wilson's motor emporium.

Adjacent to the row of shops stood the Leyland Methodist School, prior to its move to its new site on Canberra Road. When the Leyland Methodist Church in Chapel Brow became too small, a plot of land on Turpin Green was purchased from Mr. John Goulding of Starkie House, on which was built the school and later the church. The foundation stone of the new church was laid on September 18th 1875, by Mr. J.G. McMinnies J.P., the then owner of Farington Mill. The church was built to seat about 700 people at a cost of £3000, and was opened in 1876.

The old church was demolished in May 1982, together with the School in order that the present church could be constructed, opening on Saturday June 18th 1983. 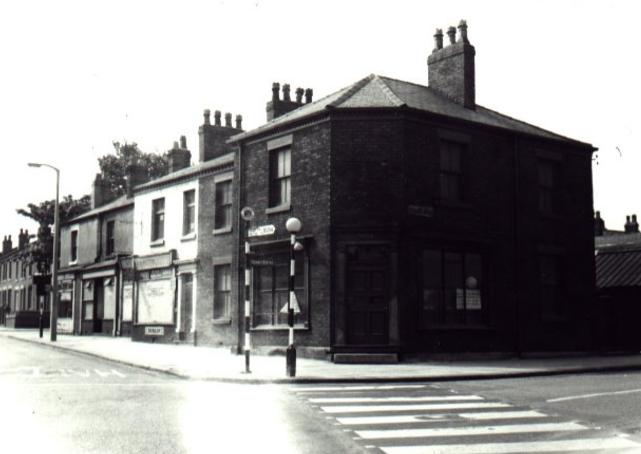