On this site was situated Hough's tenement from which Hough Lane gets its name. The Hough family were tenants of the Earl of Derby in the early sixteenth century. William Farington of Worden (1537-1610) bought the tenement from the Earl in 1563. The last Hough was Richard in 1609 when the property passed to John Jackson then Thomas Leyland, who was a member of the Leyland family of Clayton.

The last member of this family to hold the lease was Thurstan Leyland who died in 1731, the house at this time was known as Hough House, but in the nineteenth century Census returns it was referred to as Thurstans Farm, (Thurston Road is said to come from the same source). In 1731, the building became a public house, and then in 1776 a surgeon took up residence, the property finally being brought in the early part of the twentieth century by Dr. Walter Johnson who demolished the old farm. He built an imposing redbrick house on the site, which he called “The Gables”, his brother Sydney Johnson was the architect.

Dr Johnson practised in Leyland for some fifty years and on his death the house was brought by the brewery Greenall Whitley and converted into a public house retaining its name “The Gables”. 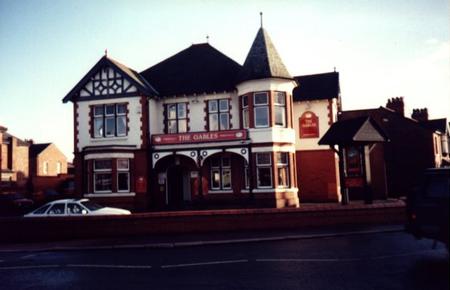 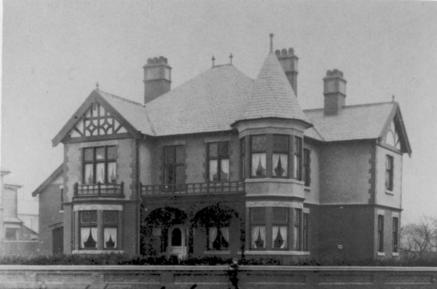 These terraces were built in 1907, with many well-known local businesses being conducted along the rows including Bambers Barbers, Smalleys Butchers, Bidwells Fish Shop and Greengrocers. Whilst Parkinsons The Bakers have seen many changes since Mr Grimshaw Snr. used to put the meat and potato pies (butter pies and barm cakes on a Friday) on a steel plate heated by a one bar electric fire while waiting for the gates to open at lunch time and the thousands of Leyland Motors workers to descend on the shop.

This terrace was previously known as Mindor Terrace after a combination of the names of the daughters of Mr Higham who had a market garden shop on the site. The terrace later received the name it still holds today, after the famous dentist who had the waiting room without the door handle on the inside, once in you could not escape. 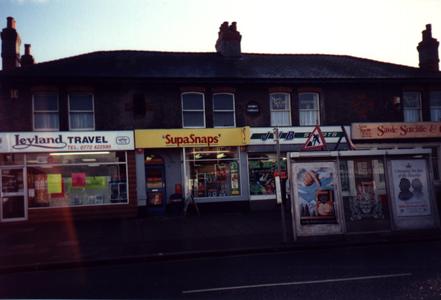 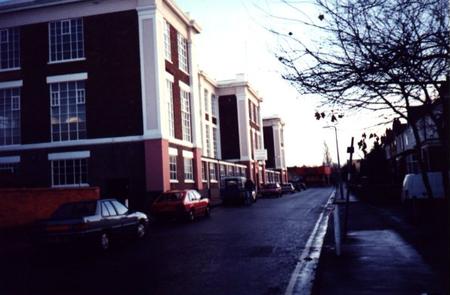 This building constructed with the use of concrete by prisoners of war during the First World War. The main use of the building was the canteen situated in the centre with enough space to accommodate the full workforce at that time.

The top floor was originally used as a experimental workshop before the drawing office took over in 1927. Following years of disuse, the three-storey building was finally demolished in 1995. 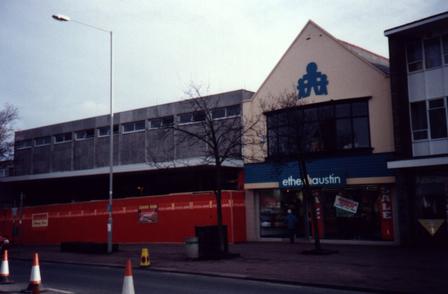 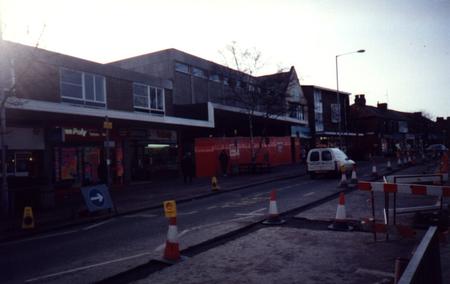 Prior to the building of the five shops and the supermarket, the site was owned by Moulds Printers who moved from their previous property in Towngate in the early thirties. When the printers under the new name of Leyland Printing Company moved to the Seven Stars mill, this site together with an adjoining plot of land hidden for many years behind hoardings became the buildings we know today.

The owners of the supermarket, however, have changed over the years from the first namely Victor Value, followed by Tesco, Victor Value again, Kwik Save and now Iceland, all these on the last plot on Hough Lane to be developed due to the poor quality of the land.

When this shop moved from Towngate, the shop had already managed to establish the impression that whatever item of hardware, ironmongery, plumbing or building supplies was required, it would be found on a shelf in this building, not many people being disappointed. 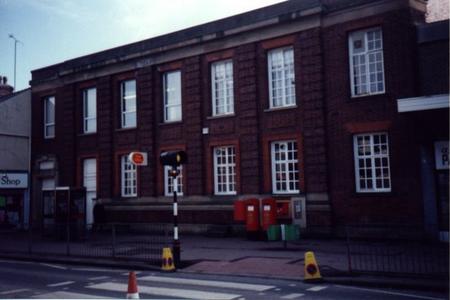 The main post office finally found a permanent home in May 1929, when the present building was opened by Mr. A.J. Lomax, the Chairman of the Council, replacing the previous building in Chapel Brow.

It was built by the Leyland Construction Company using modern techniques and the best of materials. The Post Office contained all - metal casements and fire proof floors, the counter was of polished mahogany and the building had been designed to take a third storey if and when required.

It has been suggested that the two sets of steps under the windows in front of the building were put there in order that the police could see through the window at night, by torchlight, ensuring that the safe was still locked. 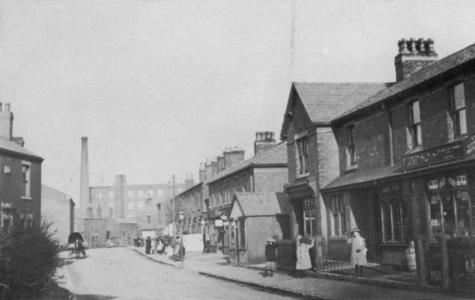 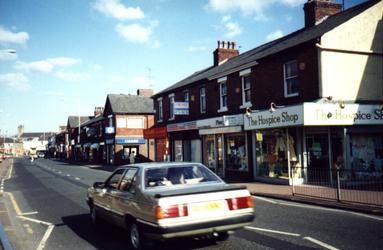 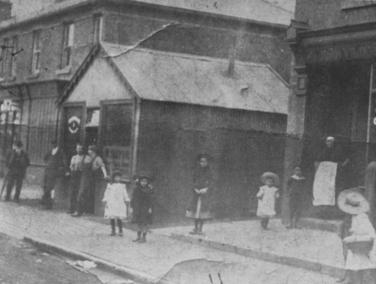 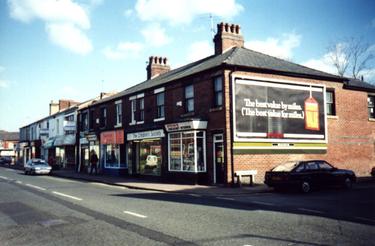 This terrace is the oldest on Hough Lane, the land being previously owned by the Charnock family passing to the Vicars of Leyland after the lands were confiscated. The most famous resident being Bert Thacker the newsagent.

Before the making of Dorothy Avenue, this was the site of a corrugated iron building occupied by a Mr. Mayor, who was a boot and shoemaker. Previously, this building had been occupied by two gentlemen who had a watch and jewellery business under the name of Kaufman and Rozenberg.

This area was owned in the early twentieth century by the Gregson family of Heald House, two houses in Alice Avenue actually being almshouses supported by the family. The freeholds of all the properties being in the name of the Scout Movement, the ground rents going to help increase the scouts funds.

The names of Mr Gregson’s daughters being immortalised in the names of Dorothy and Alice avenues. Many shops have been along this stretch including the Hiltons Temperance Bar at the corner of Alice Avenue, Tusons - Mens and Boys Wear and Liveseys Fish & Chips shop. 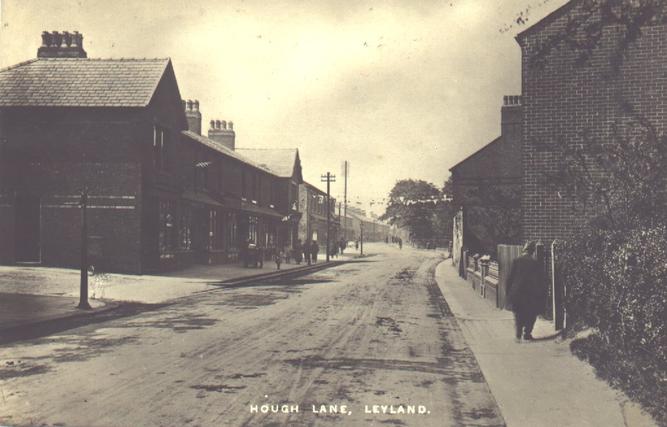