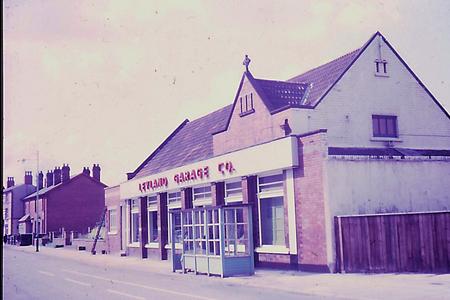 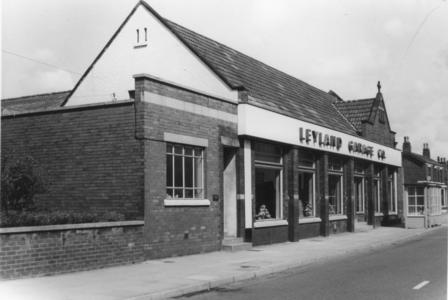 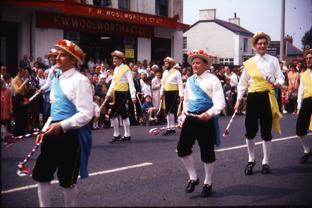 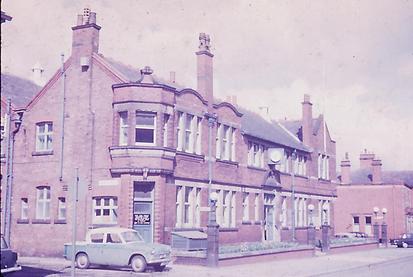 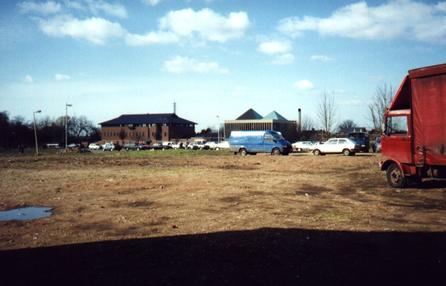 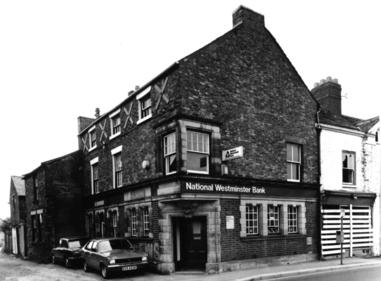 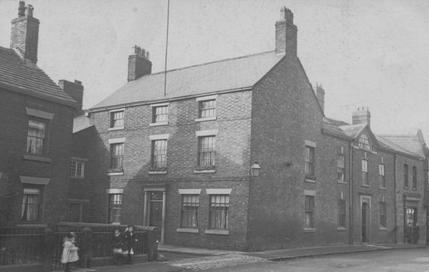 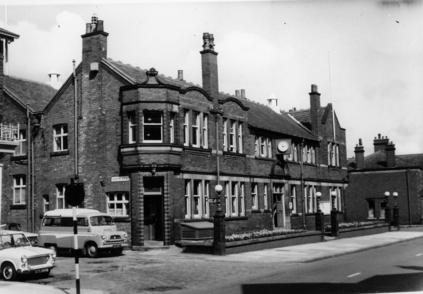 The site of the Lower Townfield

The row of shops, banks and other buildings have long since disappeared under the demolition caused by the new town centre scheme, it can be said that the site has now reverted to the earliest type of field cultivation though at the moment it does seem to have laid fallow for too many years.

To follow Towngate south from the junction with Lancaster Gate you would have first passed the Public Hall built in 1900, for many years the council offices prior to the building of the Civic Centre down West Paddock. It then became known as the Civic Hall and, in the years prior to demolition, it was used as a Snooker Hall.

There then followed a terrace of shops named Manchester Terrace, the most ornate being the Electricity Showroom with its multicoloured glass window. The old Conservative Club was next, followed by Town House, a three storey building at the junction of Cow Lane, known as Cow Lane House for a time. It was once occupied by the manager of the Bleach Works, before becoming the branch of the Lancaster Bank later the National Commercial Bank.

On the other side of Cow Lane, was a house and barn, which was used as Barons salerooms on the site of the Osbaldeston Almshouses which were moved down Fox Lane. The last building demolished in 1989 being the Midland Bank which adjoined the Tudor House. 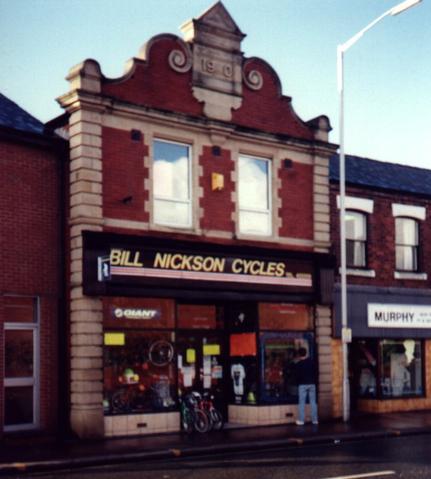 Jack Frodsham, started work at the Towngate store in 1926, when the manager was Bob Ryding and John Staples was under manager. Built in 1900, this was typical of the Co - op stores of the period. The building was centrally heated by coke stoves with cellar and upper floor storage access to which was by a door, which is now built up.

The hoist can still be seen at the rear of this building, which is now occupied by Bill Nickson Cycles. This shop had a delivery service, which included the Runshaw area of Euxton. 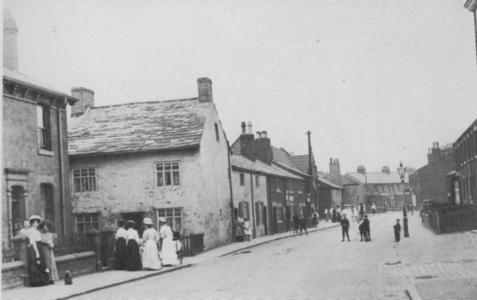 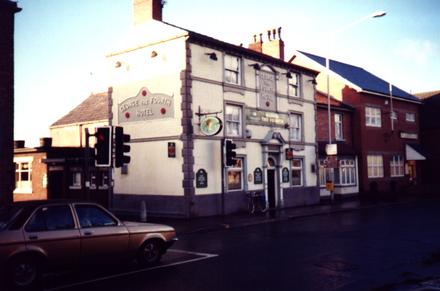 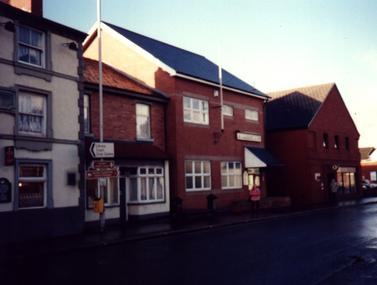 These cottages featured in one of David Grant's drawings, being demolished in 1875 by John Stanning, of the Bleach Works to make way for three cottages he had erected. Of these, two have been demolished to enable the Conservative Club to be built.

This Hotel was built onto the original adjacent cottages, being known prior to 1820, when George IV came to the throne, as " The Grapes ". The street down the side of the hotel is now known as Spring Gardens, but was previously called Bradshaw Street, with a row of weaver’s cottages and its own Sunday School. 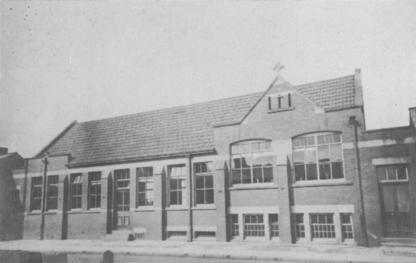 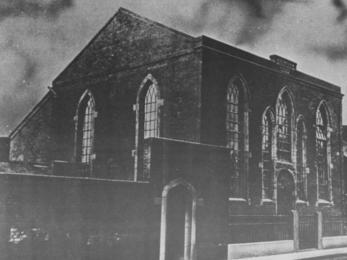 When the early Congregationalists required a place of worship, they built in 1844 the Ebenezer Independent Chapel, though this soon became too small and they eventually moved to the new church in Hough Lane in 1877.

The chapel was then bought by Fr J.C. Proctor for use as a Roman Catholic School. Following demolition of three adjoining cottages to make way for a playground in 1883, the school was further expanded the following year. The school was then demolished in 1897, a purpose built building costing £7050 and taking six months to build taking its place.

This school continued in use until the Balshaws Grammar School became empty in 1932 following their transfer to Church Road, and the school children marched in procession from Towngate to their new home on School Lane.

The building was then known as St Marys Hall becoming for a time the Employment Exchange then during the war being used by the National Fire Service until in 1946.

It was purchased by Frank Marsden for use as a garage and showroom. Thereafter, it was known as Leyland Garage, confusing since it was the main Ford dealership in the area. Whilst the name remains, the garage itself has recently sadly become a name of the past. Thanks to Chris Marsden for helping us update this part of the website. 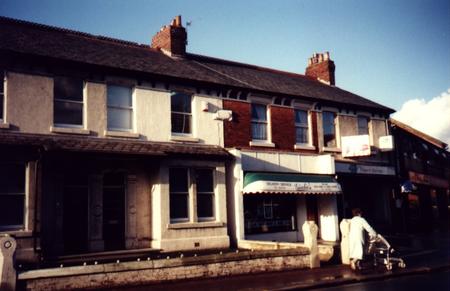 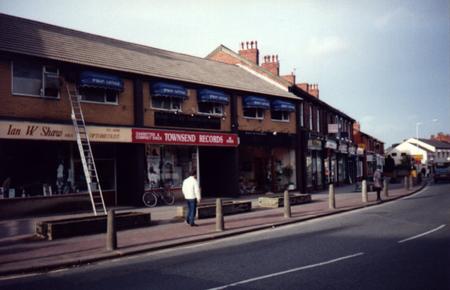 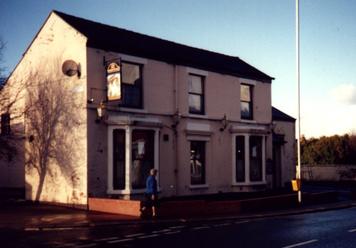 The Ship and the site of the Seven Stars

The Ship is on the site of an earlier public house known as “The Sun”, in 1800, then changing to “The Shoemakers” or “The Cordwainers Arms” by 1819, changing again in 1823 to Bannisters Ship Inn. The Seven Stars which was demolished in the last twenty years was a much smaller building, much older looking with the mock tudor frontage though of a similar age to the Ship next door.

Industry could be found at the rear of these premises with the large stone gateposts next to the Seven Stars site leading the way to Berry's stonemasons yard. While behind the Ship was established the villages first gas works in 1849, well away from the village centre. 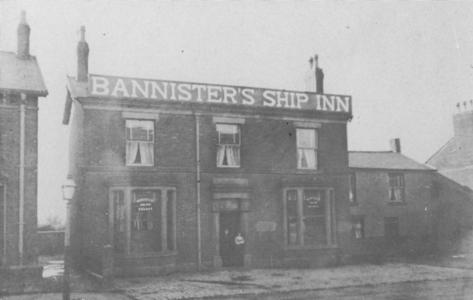 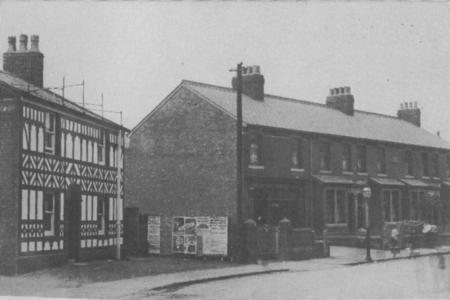 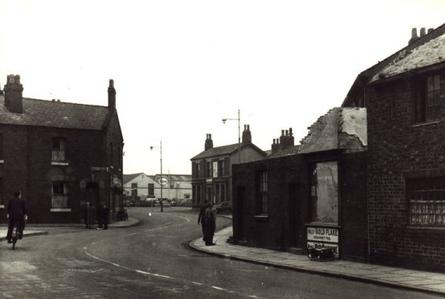 This terrace included many old shops including Jack Thackers newsagents (brother of Bert Thacker), Singleton & Pickering confectioners, Hindles “White Shop” the butchers - later owned by Jimmy Walker, while the row on the bend itself, known as Mrs Jolly's stuck out almost to the edge of the present pavement. Mrs Jolly's was a small sweet shop.

Garden Terrace was constructed in 1898, when the village was expanding beyond the end of the old boundary at the Ship. 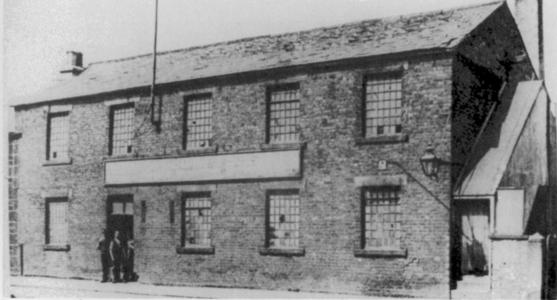 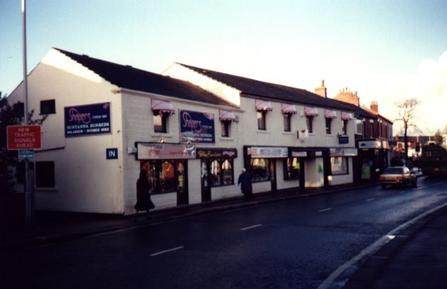 The Sumner family had conducted business at the Smithy for many years until in 1892; it passed down to James Sumner as a going engineering concern, the business producing iron and brass castings. Following experiments with steam, the successful production of a prize-winning lawn mower resulted in the formation of J. Sumner Ltd. The Preston firm of T. Coulthard and Co. took a half share in Sumner's works to make more capital available.

Later George Spurrier from Manchester took over the Coulthard interests, George's brother, Henry, returning from the U.S.A. where he had been working as a railway draughtsman. The Lancashire Steam Motor Company was formed in 1896, with Sumner being joined by the Spurrier family on the board of directors; the firm then moved to a small works in Herbert Street.

The building was then taken over by George Damp and Sons Ltd., who continued with the engineering blacksmiths and also opened a small hardware and ironmongery shop next door. Following the war, the hardware and ironmongery shop continued to prosper until in 1980 the two remaining brothers retired. The shop then passed to Websters Furnishers, the building having since been converted into units. 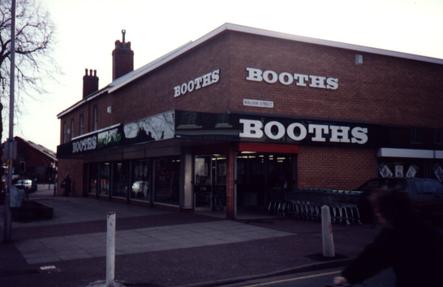 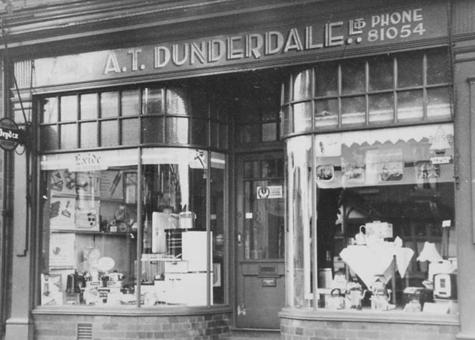 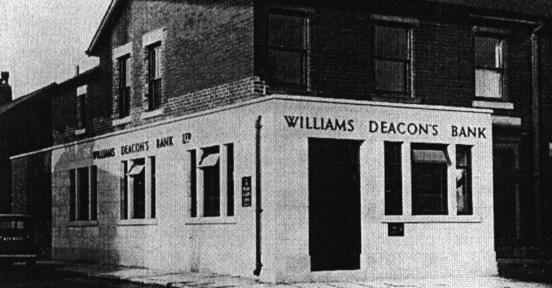 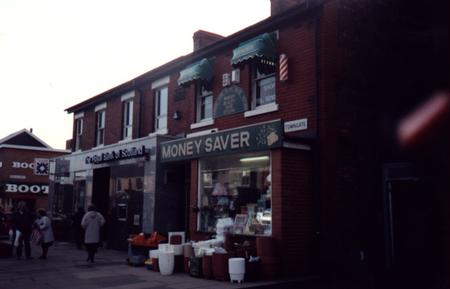 This terrace was built in 1902 being named after the Boer War general, the shops that were established on this length included McKittricks dressmakers, Littlewoods opticians and Fred Stringfellow hairdresser.

In 1938, however, commerce entered the area when the Williams Deacons Bank moved into town eventually taking over most of the terrace.

While the whole terrace was taken over by Booths with a new supermarket in 1969, the terrace was originally a collection of diverse businesses, including Rawcliffes Fish & Chips Shop, Harrisons Shoe Shop, Dunderdales Radio & T.V. Shop, while the shop at the corner of Mosley Street was the original Booths shop opened in 1922.

Upstairs, the rooms were used by various photographers, Mr H Wade being there until his death in 1945, the business then passing to Arthur Winter, whose previous photos were displayed on a board outside, the business then being taken over years later by Francis Turner before his move to Chapel Brow. 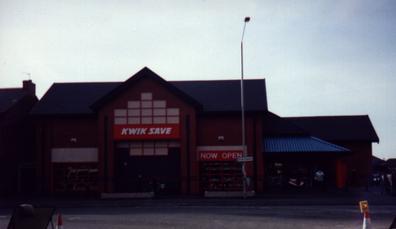 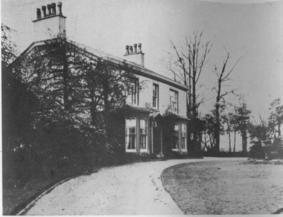 Kwik Save StoreThis was the site of the Regent cinema from 1932 until 1949, when the building had a fire, which closed the cinema forever. The building later became the Leyland branch of Woolworths, with its distinctive wooden floor, the area still known as Woolworths corner. The name of the Regent is still remembered with Regent Road further along Towngate.

Adjacent to this site in School Lane and now forming part of the Kwik Save car park, formally stood Wellfield House. In the survey of 1844, this house was owned and occupied by Mr. John Eccles and in 1877, by Mr. Frederick Deacon. In 1898, Wellfield House was taken over by Mr. James Iddon, a former student at Balshaws Grammar School, and who was the founder of Iddon Brothers. The house had previously been in the occupation of a market gardener and also by a Colonel Mosley, hence the name of nearby Mosley Street.

This was formerly known as Water Street, between Hough Lane and Mrs Jolly's Corner, the name coming from the wet ground conditions, with natural springs being a feature of the area. When the flats were built on the site of the step houses, the pile drivers had to go to great depths to reach stable ground.

At the S bend formerly known as Mrs Jolly's Corner, the new road of Water Street met the end of the old village at the junction with Westgate. The numbering of the houses on Towngate originally began with the Seven Stars as No 1, followed by The Ship Inn as No 2., though according to the 1844 Map, the length of Towngate from Westgate to Spring Gardens was also known as Chapel Street. The development of Towngate can be seen to be well under way from this Map with most of the road developed from Westgate to the Cross. 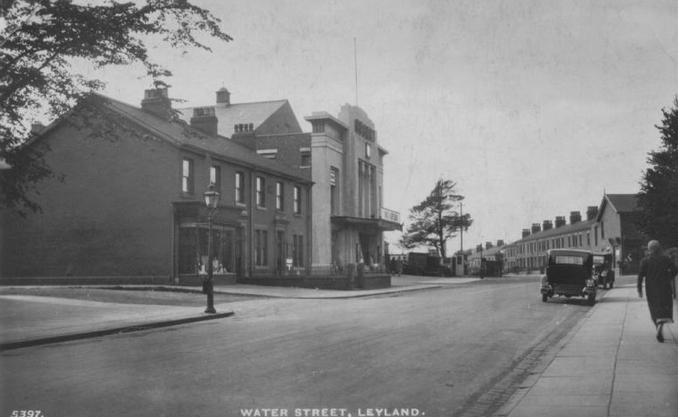