As can be seen on the map above, the buildings to the south of the current factory are lapelled as "Messrs Quin & Co Old Works" which can only be the workhouse. This will be subsequently demolished after the fire in 1880 when the corner site was redeveloped with the building that would last until the fire of 1913.

The Rubber Industry comes to Leyland 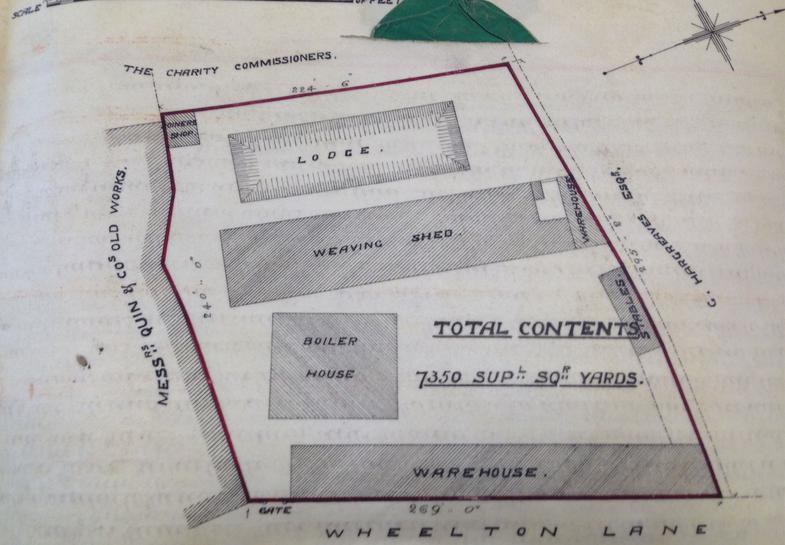 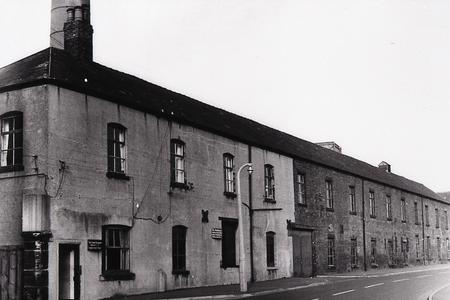 The biggest surprise from a map of the 1880 mortgage document in favour of John McMinnies confirms that the 1878 factory consisted of the land bought in 1874 from the Balshaw Charity. Therefore the famous pictures of what was thought to be the workhouse was actually built between 1874 and 1878 as a lodge and warehouse with offices above.

When I researched the history of the Leyland & Birmingham Rubber Company last year in 2016, I knew that it would not be the end of the story for although I had looked at the company accounts and relative documents in the Lancashire Records Office I still felt there was more to tell.

Earlier this year I managed to track down the company which had demolished the rubber works site and developed the new housing estate. With some trepidation I contacted Harrow Estates in Preston Brook near Runcorn to establish if they knew where the original deeds had gone to after the development had been completed.

Speaking to Jane in their office, she not only confirmed that they had all the deeds but were happy for Ron Christopher and I to go over and go through them.

This we duly did , the huge box that contained them being only matched by the earliest documents going back to 1866, though one of the Abstracts of Title referred back to the Charity establishing document of 1780.

Therefore this part of the website has now been totally updated with details of the plans of the various parcels of land that made up the factory. the people who sold them, who lent James Quin and the company money as the mortgages arrived.

We also get a totally new slant on the life and business of JE Baxter including a reason why he may have resigned in 1898.

Other smaller updates include the family story of the Smiths in Bannister House and the short lived Fylde India Rubber Works in Fleetwood.

To view all the updates please see the following pages

1. The Workhouse and the Smiths - Learn more about the Smith family

4. Rubber comes to Leyland - The documents creating the factory and its finance

5. James Quin & Co - The Building of the factory in stages