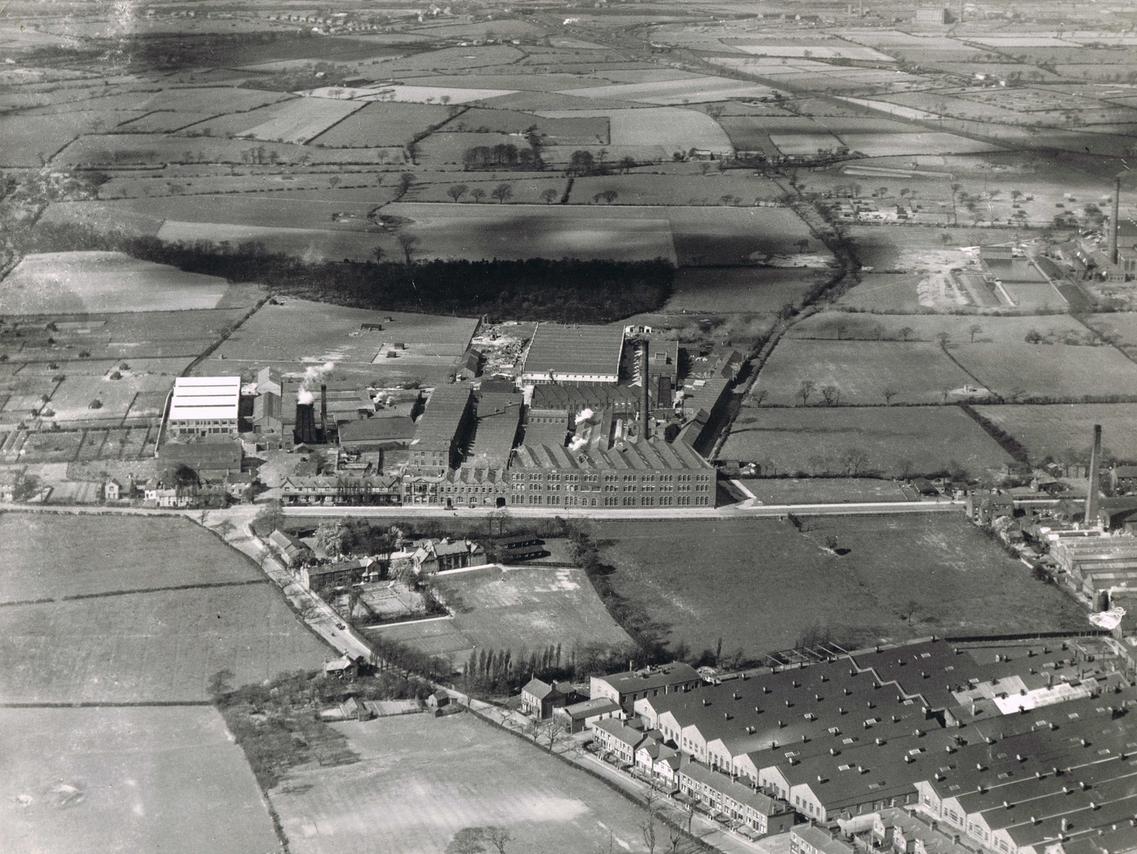 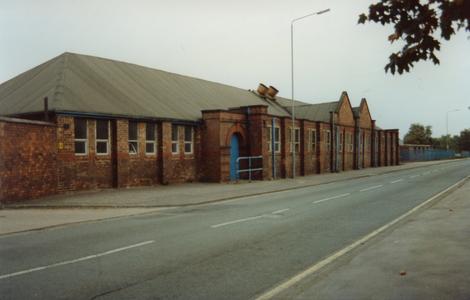 Here on a virtually green field site in 1929 you can see the full extent of the Leyland & Birmingham Rubber Company. As you will see as you visit the pages that are being added, we now know quite a lot of the story of the "Owd Rubber" but I'm sure there is still plenty more to discover.

As we said in the presentation that launched this part of the website, even though it is one subject, the fact that it took myself to talk about the history of the firm from the 1850’s, Ron Christopher to talk about the factory, its layout, departments and its products and the three students from UCLAN to talk about the workforce, their activities both within the working environment and outside together with the global aspect of the business made for a busy evening.

At that meeting we welcomed all the visitors who either worked for or are related to former employees. It can be said and was proved that this was a family firm with sons following fathers into the same jobs in the same departments. If you worked for the L & B and have not been interviewed and would like to add to the factory’s history, please email the society from the contact page.

To research the T'owd Rubber, we have checked archives at Preston, Manchester, Burton on Trent and of course Leyland Museum, discovered many interesting facts and dispelled a few myths. The story of the Leyland Rubber Industry is well overdue being told, that other company with Leyland in its title overshadowed its once larger predecessor. In fact if you add up the workforce of the L & B with the other rubber factories in the town namely B T R and Baxter’s they were probably on a par for much of the 20th Century after their start in the 1850s / 1860s.

It was quite amusing to note that the few books or websites about the rubber industry carefully repeated what the Historical Society had previously stated about the firm’s history, some of which we now have had cause to change. My favourite, however, shows that you need to know more than one subject as one book stated that Leyland was near Birmingham, good on history, not geography.

"Another favourite of mine is the photograph which shows one of the few industrial buildings which I had the pleasure to go into. Well it was the children’s Christmas party held in the Leyland & Birmingham Rubber Company’s canteen."

Not only did my father, George Houghton, work in the Forcing Shop but also my Grandfather, John Houghton. He started in 1906 with his brother Joseph, though I have only as yet found one photograph of them at work.

1 The Workhouse  & The Smiths

Background to the Project

In the last academic year, the British Commercial Vehicles Museum together with the assistance of a group of students from University of Central Lancashire, prepared a display for the back of a Leyland Paints lorry that the Museum had in its care. It told the history of the Leyland Paints firm until it was taken over and the work transferred to Yorkshire. The Historical Society having helped in a small capacity.

In April last year, the Society was approached by Roger at the Commercial Vehicles Museum to assist with the history of the Leyland & Birmingham Rubber Company Limited, the first of the three rubber companies that preceded the Leyland Motors industry by fifty years. As this time there was no vehicle to exhibit on, the story would be told either by talks, displays in museums and libraries, the websites of both the Historical Society and Nufox Limited who had taken over the name and former workforce of the L & B and moved them to their factory in Middleton, Manchester. The rubber industry despite being huge, was always overshadowed by the Motors so it was a project that had been long overdue.

Peter Ostenfeld from Nufox together with Alix Green from UCLAN and myself from the Historical Society agreed to start this project in September last year with the start of the next student year. This was duly achieved and the students have prepared a website which concentrates on the workforce with the history of the firm and its products included, having interviewed many ex-employees located through social media such as the Facebook site Leyland Memories.

As the project was almost complete, we discovered that the South Ribble Museum are looking to arrange an exhibition in the not too distant future organised by an ex-employee Ron Christopher. Ron was therefore contacted and together on 11th April 2016 we showed the people of Leyland especially the ex-employees what we have found about the Leyland & Birmingham Rubber Company Limited.